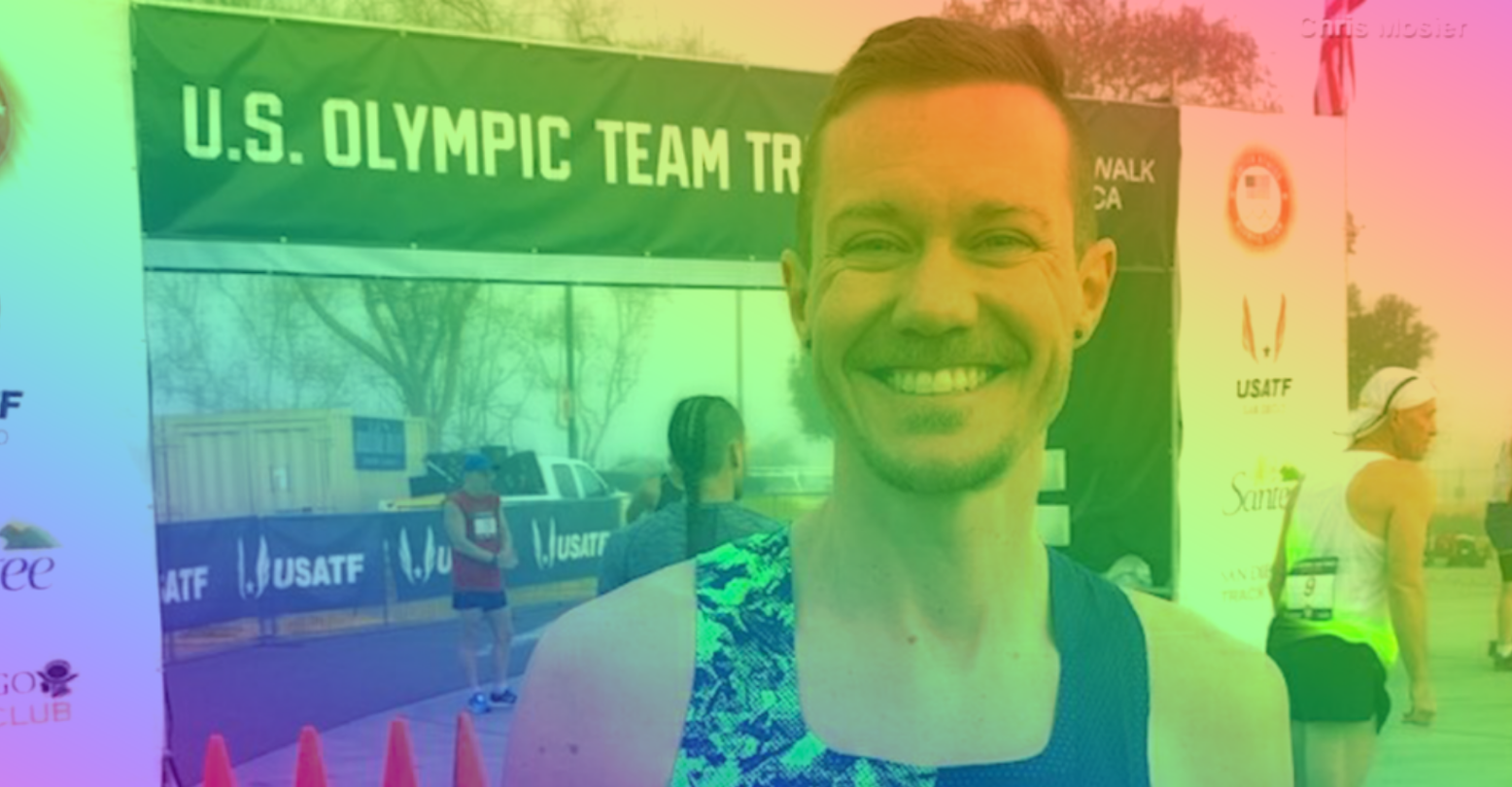 You might know Chris Mosier for his boundary-breaking moves in the sports world. Since 2016, Mosier has been making news as one of the most visible trans athletes out there: in 2020, he served as a the first transgender athlete to compete in the Olympic Trials as their true gender. Before that, he founded the sports site TransAthlete.com, got featured in a groundbreaking Nike ad in 2016, and appeared on the Trans 100 List that same year.

If there’s one thing Mosier is increasingly passionate about, it’s finding better ways to lower the barriers to entry that trans athletes face in the sports world. Because of outdated rules, transphobic and racist mandates, and downright cruel bylaws that factor out trans athletes on technicalities before they even begin, it’s becoming increasingly difficult, even on the level of school sports, to participate as a trans athlete.

A recent survey by Gatorade Endurance showed this reality in a stark light. According to the study, nearly 1 in 3 LGBTQ+ survey respondents who do not currently participate in endurance sports said that safety concerns are one of their top barriers. That can mean a lot of different things for trans athletes. Fear of hate crimes is a concern, and anti-trans prejudice is still alive and well in the world of mainstream sports. Even more importantly, however, is the fact that more than two-thirds of minority-identified respondents said that seeing others like them participate would make involvement seem less of a daunting prospect.

INTO caught up with the talented triathlete to talk about making the sports world safer—and better—for trans players.

INTO: You’ve said that safety can be a huge entry barrier for trans folks in sports.

MOSIER: Safety can mean a lot of things, and that includes being outed, but the way I’ve been thinking about it in my own experience refers to all of the things that can happen after one is outed or questioned about their identity, including violence and harassment as a result of homophobia, biphobia, and transphobia. For me, being safe meant seeking out physical safety in terms of my environment for training and racing and it impacted when and where I would train and around which groups of people.

How can we fight against this violence and ensure safety for all queer and trans athletes?

The fight against anti-LGBTQ+ violence is a national issue, with a record number of anti-LGBTQ+ and specifically anti-trans bills introduced this year in the United States, and increased instances of violence against our community. This year there were over 75 bills specifically targeting transgender people in sport, so we can draw a very clear line from the public debate about the validity of our existence to the legitimate fears about if we’ll be accepted, welcomed, and safe in sport. But what does help is having allies speaking up in support of queer and trans people to not only signal support, but to challenge transphobia in their spaces and policies as well. Conversations like Beyond the Barriers help us begin to have these discussions in our own communities so we can create awareness and action items around topics like safety and violence.

Are there any public programs we can create to help with safety and accountability when it comes to trans participation in sports?

One of the most impactful things all people can do right now is challenge the misinformation, myths, and stereotypes that are being pushed by media and anti-trans groups. Many people lack a basic understanding of what it means to be transgender, and when combined with people’s very strong opinions about sport, people have found the perfect wedge issue by politicizing transgender people’s identities. But trans people play sports for the same reasons as anyone else – to challenge ourselves, to be a part of a team, and to be better versions of ourselves. Creating communities, both virtual and in-person, where we can discuss issues, challenge our own biases, and work together to overcome the barriers we’re facing is essential.

Many people lack a basic understanding of what it means to be transgender, and when combined with people’s very strong opinions about sport, people have found the perfect wedge issue

How much does media coverage of trans folks in sports contribute to these fears?

The media has used transgender athletes as a cheap way for clicks and views, consistently stoking fears and public “debate” over our existence. It’s easy to see why: according to a 2020 Media Matters study, right-leaning articles about trans athletes outperform all other stories about trans issues, earning hundreds of thousands, and even millions, of interactions. Rarely do we see media pieces celebrating transgender people in sport. When people read these articles, it influences how they treat trans people off the page or screen.

Sport is great because it is a built-in community.

What do you see improving for trans athletes in the next few years, and how do you think we might achieve these changes?

Sport is great because it is a built-in community. While we’ve come a long way since I came out in 2010 and started advocating for inclusion in sport, I know I would have felt more comfortable seeing someone like me in sports before I decided to join a team, league or training group. I definitely felt that hesitation and fear, and I know I’m not alone: over two-thirds of the Gatorade Endurance survey respondents said the same thing – that seeing others like them participate would make them much more likely to get involved in endurance sports. I think visibility is a powerful tool to help change our sports communities, which will then help create change in our workplaces, social groups, schools, homes, and beyond. It starts with uplifting the voices of transgender people in sport and celebrating us, and includes challenging anti-trans comments and actions as we encounter them.

Improving sport for trans athletes also includes ensuring there are policies that allow us to participate, compete, and bring our whole selves to the team. I’m excited to be partnering with Athlete Ally and working with teams and leagues on everything from policy development and implementation to providing education and media training to make sport a more welcoming and inclusive space for all athletes.♦