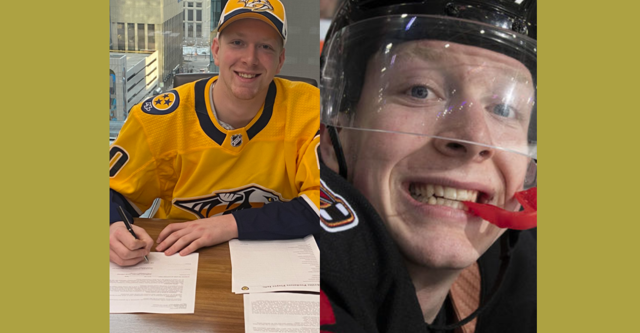 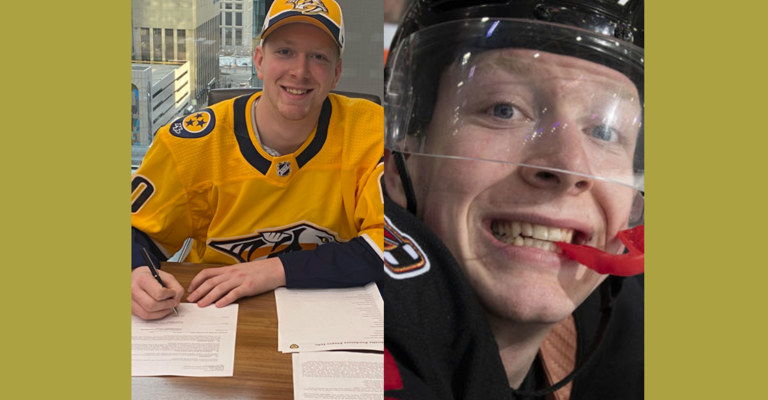 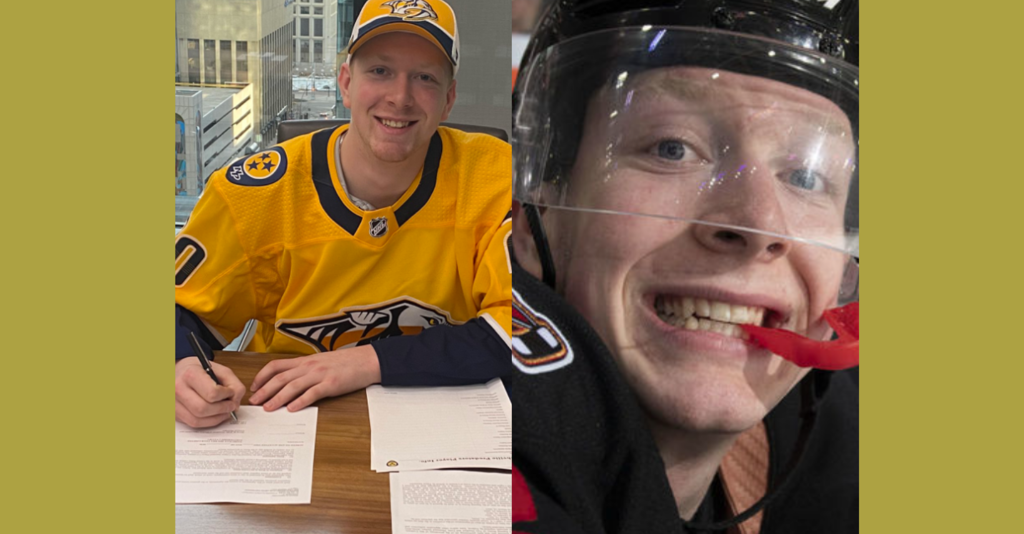 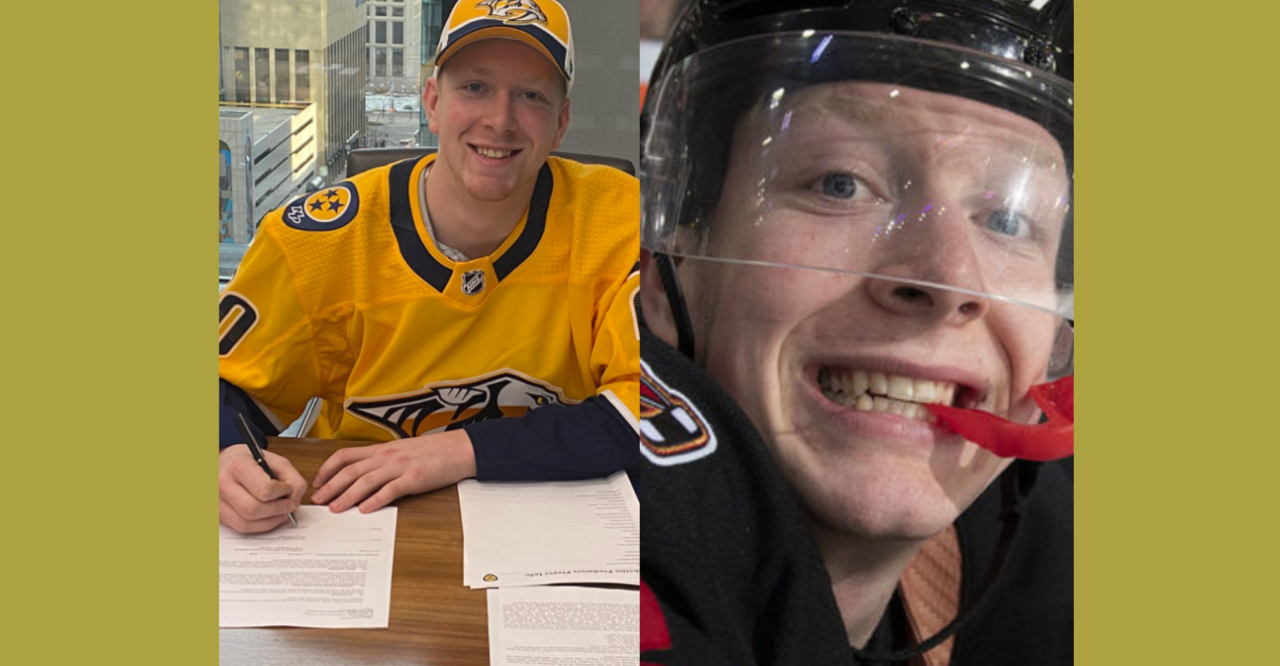 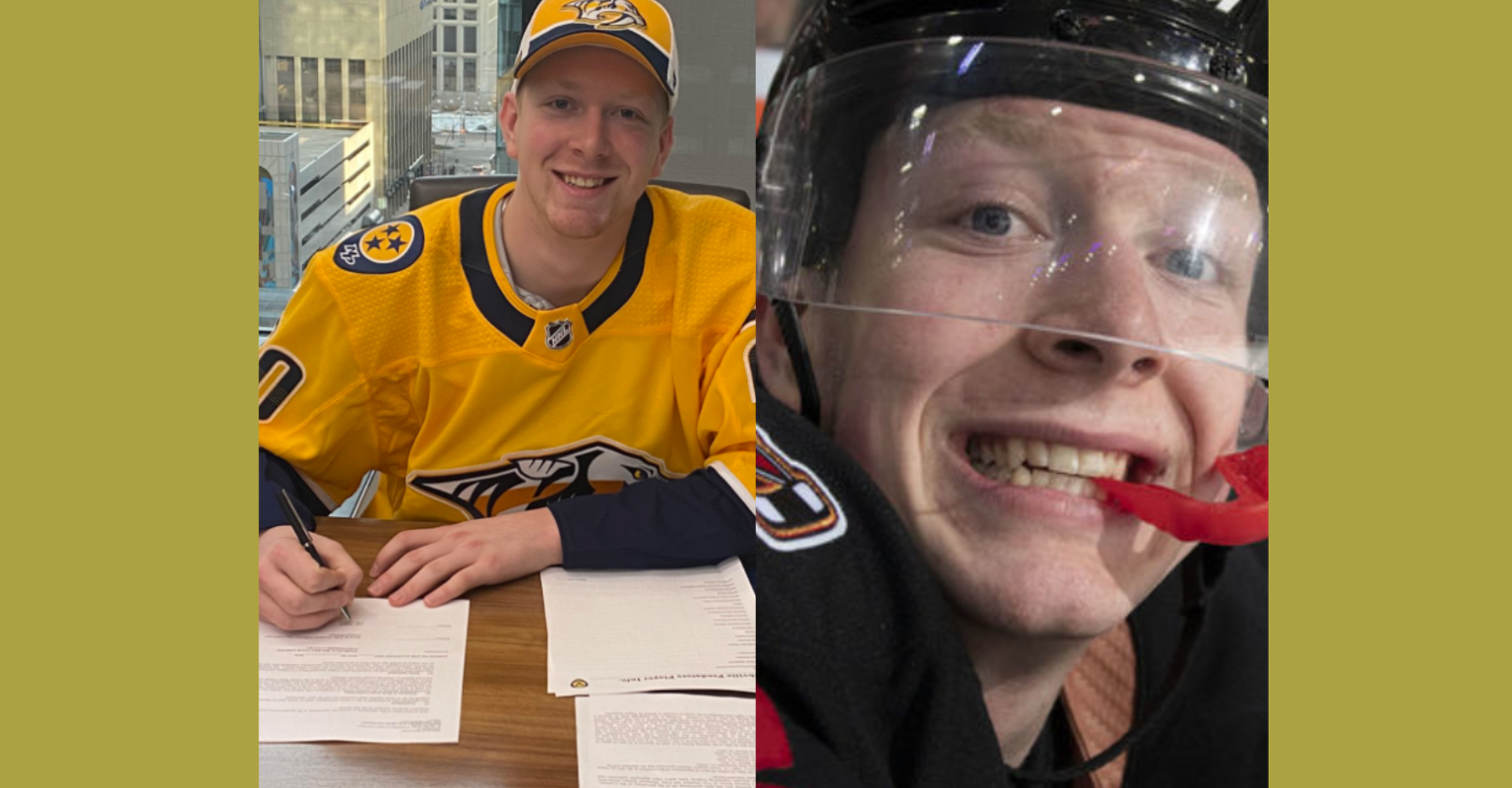 A month after the NFL gains its first openly gay player, Nashville Predators prospect Luke Prokop proudly becomes the first out gay athlete for the NHL.

Both Carl Nassib of the NFL’s Las Vegas Raiders and Prokop come to the forefront historically as the only men in their respective leagues to ever come out amidst an active career.

Standing at 6′ 4″, 19-year-old Prokop is a force to be reckoned with on the ice. The right-handed defenseman from Edmonton, Alberta was selected by the Predators in the third round of the 2020 NHL draft and his three-year entry-level contract was signed as of this December.

After he struggled to perform in his last season with the Calgary Hitmen of the Western Hockey League, Prokop wanted nothing more than to be the best possible player for his NHL debut. It was back in April that he decided the only way to elevate his game was to be his true self.

He explains to ESPN the moment clarity came to him, “I was lying in bed one night, had just deleted a dating app for the fourth or fifth time, and I was extremely frustrated because I couldn’t be my true authentic self.” Prokop paints the familiar picture of leading a dual life as a gay man in America: a queer life online and a straight persona in person.

He even recalls the stress of hiding something as simple as his phone from teammates. Between his closeted chaos and anxiety-riddled performance in the rink, Prokop says he decided, “Enough is enough. I’m accepting who I am. I want to live the way I want to, and I want to accept myself as a gay man.'”

Come July and the Predators prospect poured out his heart in an Instagram post: “It has been quite the journey to get to this point in my life, but I could not be happier with my decision to come out,” Prokop types, “From a young age I have dreamed of being an NHL player, and I believe that living my authentic life will allow me to bring my whole self to the rink and improve my chances of fulfilling my dreams.”

Through months of insane courage, Prokop has given himself a lifetime of personal freedom and yet, like with any sport, he couldn’t have done it without the support of his team. With a sincere fondness, he highlights the general assistant manager Brian Poile as the first person he told on the team, “He in that moment showed me a lot of support and told me the Predators are behind me 1,000% and want what’s best for me and that they’re proud of me during this.”

“I believe that living my authentic life will allow me to bring my whole self to the rink and improve my chances of fulfilling my dreams.”

With a bunch of burly, shredded hockey players backing him up, Prokop’s once constricted world instantly burst open as if popped by a pin, “I remember getting off that phone call and tears just started coming from my eyes, I was so excited. And in that moment, I thought, this is what it’s going to feel like for the rest of my life. For them to show that support that they did in that moment, it felt like I can rule the world.” Following the full show of support from teammates, NHL commissioner Gary Bettman called to open a line of communication with Prokop, saying the player could reach out at any time.

In the extension of the NHL’s support and Prokop’s overjoyed reception it becomes obvious just how easy—and life-changing—it is to be an ally with kind, supportive words. We eagerly await the ways in which Prokop will be celebrated on the ice this season – in past years players wrapped rainbow tape around their stick for Pride Events.

But more importantly, we look forward to the NHL backing up their statements of support with clear and concise acts.

In regards to his anticipated Predator’s debut, Prokop explains nothing and everything has changed as he stays on his course, “I’m going to lace up my skates the same. I’m going to put my jersey on the same, strap up my helmet, put on my gloves,” he continues, almost sighing in relief with each word, “but I’m finally going to be able to breathe and exhale and show the world the real me. And I’m so excited to see where that can take me, not only as a hockey player but as a person as well.”