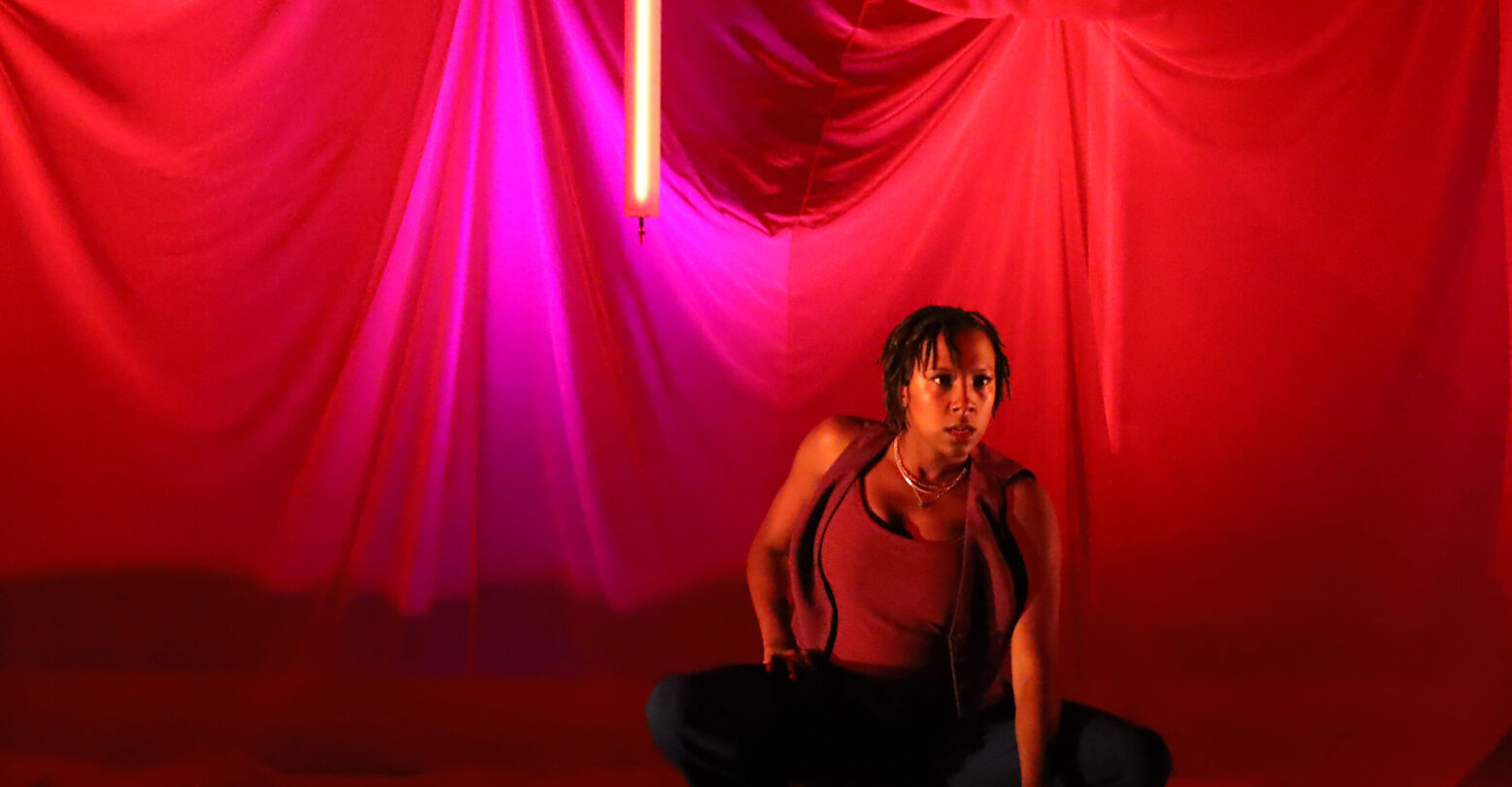 *A few spoilers ahead for ‘Heart’

Some people in the entertainment industry find one thing that they’re good at and stick with it, but for the multi-talented Jade Anouka, that just isn’t enough. Working in TV, film, and theatre, Anouka plays by her own rules and ensures that whatever she does is heartfelt, hence her latest project Heart. The Audible Original play is a one-woman show about love, loss, and life after.

Written and performed by Anouka, the show displays how the multi-faceted, bisexual creative isn’t afraid to wear her heart on her sleeve. And she does just that with Heart. Anouka is no stranger to the theatre: Prior to Heart, she starred in the West End’s run of the queer play Cock alongside Joel Harper-Jackson and “Bridgerton”’s Jonathan Bailey. Aside from bringing poetry to life in plays, you can catch her in BBC One and HBO’s His Dark Materials as witch queen Ruta Skadi.

INTO had the chance to speak with Anouka about her new play, the power behind bisexual stories, and what she hopes to give other Black queer creatives.

INTO: Jade, your phenomenal play, Heart, tells the story of love, identity, and mental health. What compelled you to write this play as a one-woman show?

JADE ANOUKA: Basically when I wrote it, the first iteration of this story was literally blurted out in one sitting. My girlfriend—now wife—had left the house for the day and I just felt like I had this story in me for a while. And it wasn’t that I had never told anyone so much, but it just felt like I’d never really spoken my truth about it and I just blurted it out on a page.

I remember she got back from work and I was like and I gave it to her to read while I was making dinner. I looked over and she got to the end and she was just bawling. And I thought, “Oh, maybe there’s something in this”. It was a desire to be honest and tell my story. I think we don’t see enough bi stories anyway. And I thought, “Okay, this feels unique to me”, but I also feel sometimes that the uniqueness and the specificity of your story can hopefully be something that connects to other people as well.

The set within Heart plays a huge role in the production. There are so many lush backdrops and romantic lighting. What was it like working with a team to develop a set that properly encapsulates your story?

It was an incredible experience. I didn’t really meet everyone until we got to New York, so we rehearsed in London, but when I got to New York and met the whole team, the set designers, the lighting designers, costume, all the stage management crew, the producers are Audible, it was quite overwhelming, actually.

When I make art, and particularly with this show, I just want even one person to feel less alone, to feel like they belong, to feel validated if they didn’t before.

I was like, “this is just a little play about my life and here is a group of people at the top of their game, all coming together to bring my story to life in the best way possible”. It’s been an incredible experience. And I love the set. I love the lighting. I feel very lucky to have this team.

Heart is extremely honest and you recount your stories with so much detail. Did you ever have any concerns about creating such a raw show?

For me, it felt okay. I was in a different place when I wrote it than when I’m performing it. I wrote this a few years ago, and even now, I feel like I’ve grown again since I’ve written it. And so I feel like I’m able to act and perform those emotions rather than having to relive them, which I think can be quite dangerous, challenging, and upsetting.

I always come back to theatre. My dream is to at least do one play a year.

I think it’s our skill as performers, as actors, to be able to kind of recount those experiences and make the audience believe that you’re going through it again without having to go through that, because I think that can be quite damaging mentally, emotionally. And to do that however many times a week, six, seven times a week, that’s a lot.

It’s something that I feel really strongly about. It’s sort of going off topic, but making your own theatre as young creatives, we can’t always wait for that phone call. Sometimes the best thing is to create the work you want to see. Well, you write it, you make it, you put it on, and that’s all well and good, but you also need to look after yourself. You shouldn’t be doing that to the detriment of your mental health. And I think that has to be paramount. 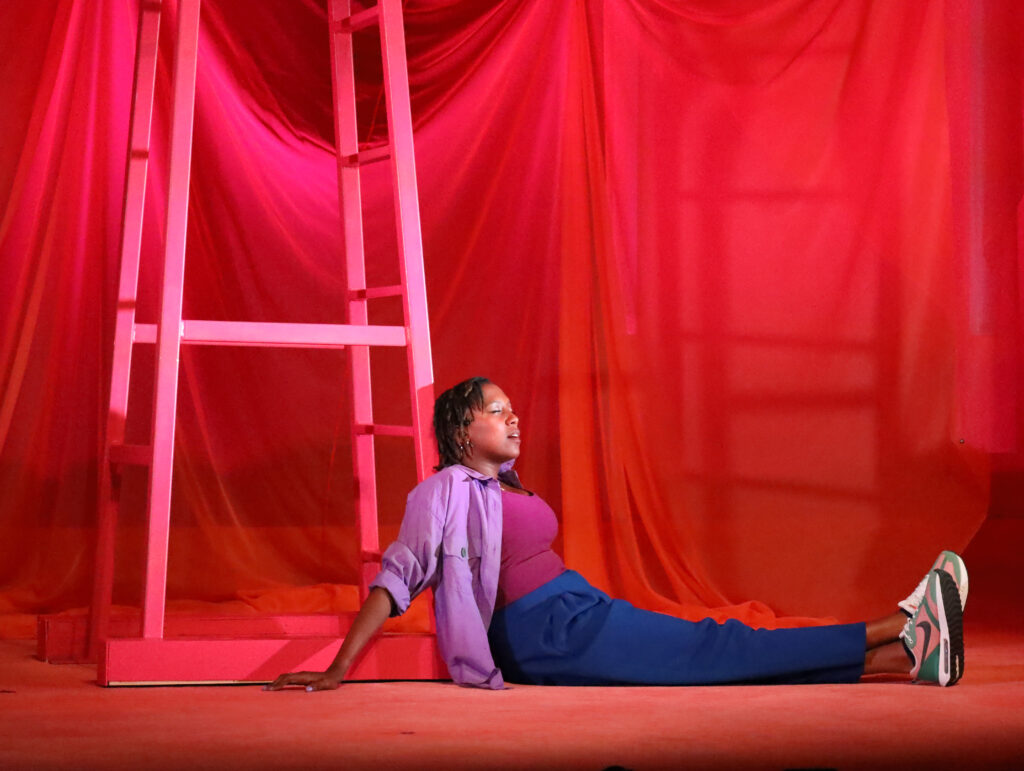 Well, I always think that when I make art, and particularly with this show, I just want even one person to feel less alone, to feel like they belong, to feel validated if they didn’t before. But I guess the main thing is I want people to feel less alone. We’re out there, we’re here, and we’re queer. You know what I mean?

And also, hopefully, to be inspired to tell their story, if that feels right for them. Live your truth, live honestly, openly. It’s all of the stuff I say at the end. I completely believe in it. And it can be terrifying, it can be scary, but I think it’s so worth it. And as we each tell our stories, those who feel they are able, it means that there’s another person out there who hopefully will listen to that and feel more welcome, feel more part of the community, feel less alone, maybe even feel inspired to do it themselves as well.

Amazing! My job here is done.

You’ve tackled theatre, film, and tv, what’s next for you?

There’s always more. It’s the hunger that keeps us going as creatives. Just before I did Heart, I was in the West End doing a play called Cock. So, I’ve been in theatre since the beginning of the year, and it’s been quite intense. I think it feels like I need to take a little break from theatre for a bit.

I mean, I always come back to theatre. My dream is to at least do one play a year. But I would love to do some more screen stuff. I’d love to spend a bit more time with my daughter. She’s only seven months, and I’ve been away a lot. And also to give my partner, my wife now, an opportunity to go and do her work.

I’m very happy to say that I’ve got a film that’s coming out at the end of August called Fisherman’s Friends 2. I hope it comes to the US. I’m sure it will and then obviously His Dark Materials. The trilogy ends. So, there are things coming out and I’d love to do some more screen stuff and just keep it moving.

I love it. Honestly, with that kind of resume, everything is coming your way. So, the future looks very bright for you, Jade.

I appreciate it. I hope so.♦

Heart is playing now through August 14, 2022 at Minetta Lane Theatre