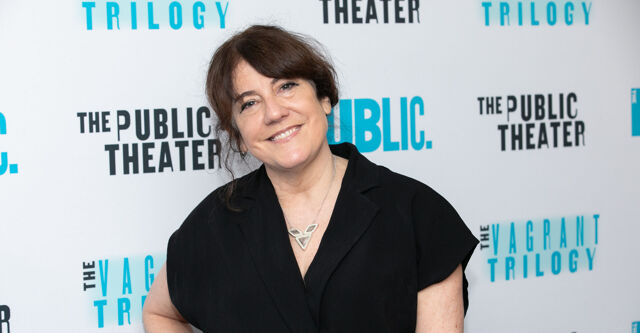 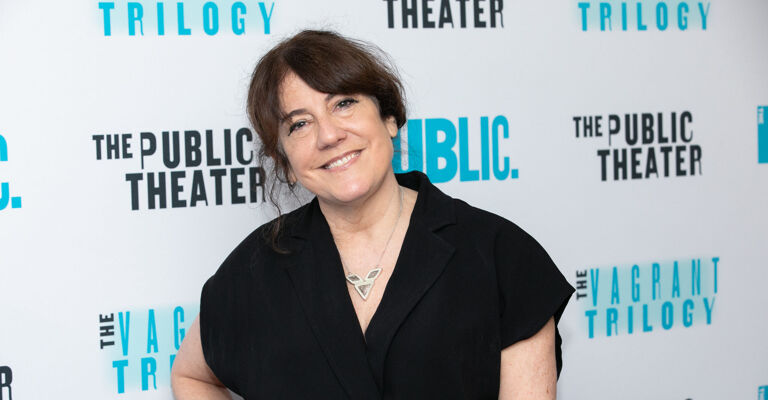 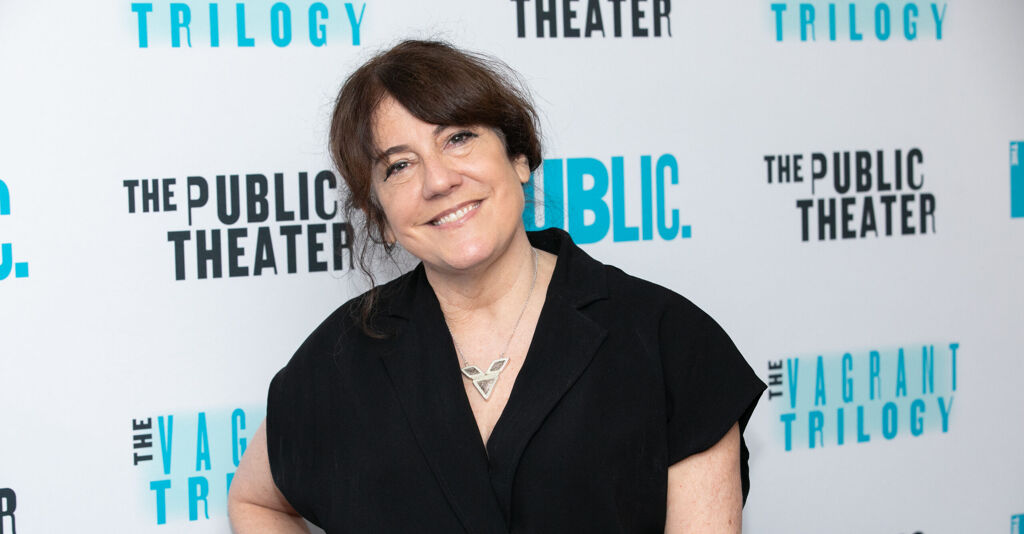 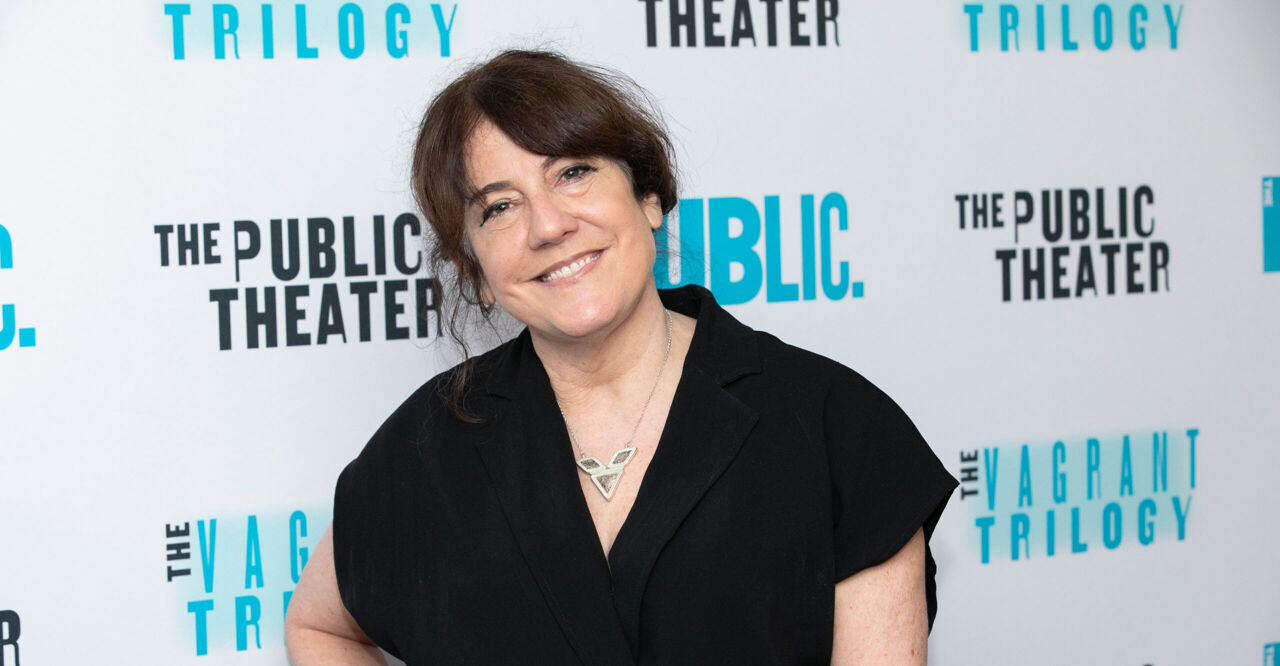 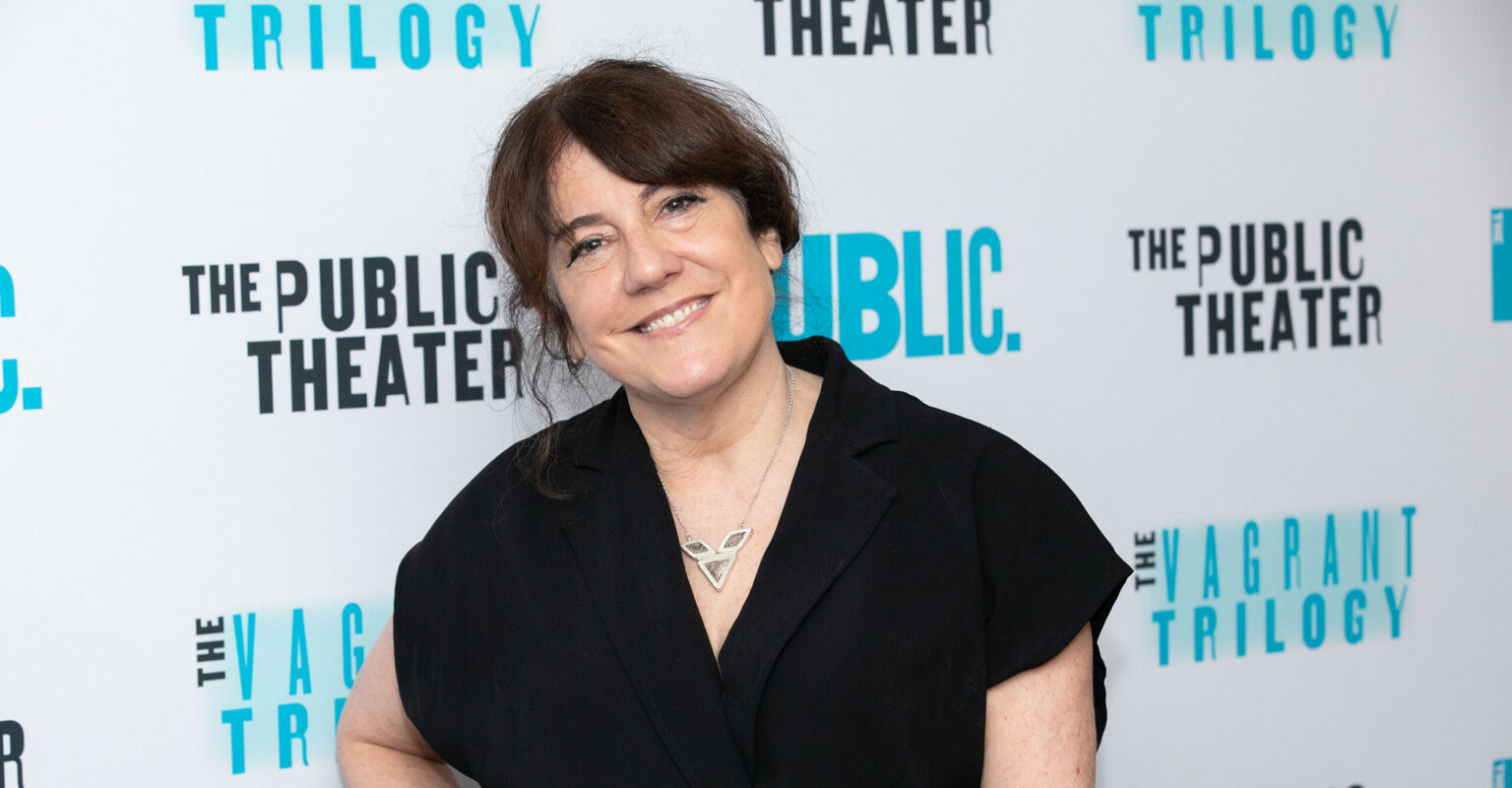 Mona Mansour is a lifelong tourist. Not necessarily a global traveler, but one who harnesses curiosity and attunes herself to various settings. From drama to satire, the Middle Eastern-American, openly-lesbian scribe continues to produce varied critically acclaimed works for theater and television. Recently asked how she writes about refugee displacement as well as a comedy on corporate herd mentality, she responded “I just try to find the music of these characters.”

Mansour has had a season that most playwrights dream about.

In April 2022, The Vagrant Trilogy opened at New York’s Public Theater, earning a New York Times Critics Pick. That same week, Unseen had its West Coast premiere at the Oregon Shakespeare Festival, which runs through July 31.

Related: Watch What Alexandra Billings Did to Bring an Audience to Its Feet

And next month, Mansour returns to the writer’s room for the NBC medical drama New Amsterdam. She’s also committed to an untitled television project about the Middle East.

The Brooklyn-based artist recently spoke to INTO about her craft and inspiration, how her sexuality and cultural background has informed her creative process, and why she considers staring an artistic asset.

The tones and topics of your writing are so different with each piece. Where do you draw inspiration for them?

I think I’m extremely curious. I don’t know what it would be like to not be curious. I just think I was one of those kids who always wanted to know what was going on. I’m a starer, which is not a good social grace to have, but I stare at people, and I stare at buildings. I harness different kinds of curiosity by looking at barebones facts, then letting my imagination run. You just have things you’re obsessed with as a writer.

Your father is a Lebanese refugee, and your mom was Norwegian American. How did that shape your own cultural identity?

Growing up, I felt this shame about my name, my father’s name, basic things. In theater, at least, there’s a discussion about whether being Arab-American is tantamount to being a person of color. But as far as playwriting goes, I sort of fall into that category. Growing up, I sensed that we were other, and so we had to grasp white culture to survive. When I’m around a bunch of people from the Middle East, I feel something different.

Do you now self-identify or wish to be known as a person of color and/or as a Lebanese playwright? Or would you rather be known as Mona, the writer?

I identify as Middle Eastern American if you want to get specific. When I was younger, I felt like my family and I weren’t American, but maybe what I meant was that we weren’t white Americans.

Is the goal of your works to educate or change minds? Or to simply convey a great story?

Probably all of it. If something is compelling to me, I’m going to do a deep dive into it and unearth something. I’m going to find things that are surprising, or I might find things that go against what I initially thought. That’s the kind of art I like to create. At the end of the day, I want to give the audience the same experience I had when discovering it.

How has your sexuality and cultural background shaped your works?

I think being openly gay helped me, early on, feel more comfortable in certain TV gigs. I mean, TV rooms have contained all sorts of bad behaviors, and of course, some still do; the ripples of MeToo are still being felt. I suppose that early on, it made me feel more empowered in a way – it set a boundary for a couple of bosses. No woman should have to tell or convey to a boss that they won’t f*ck them. That just shouldn’t be a job requirement. But there were a couple of dudes early on with whom it made my life easier, them knowing I was gay. I suppose what it means now, as I work in a pretty great room, is just that I bring a gay woman’s perspective to the mix. There’s a desire for rooms to more and more reflect the world. We’re not there yet, but there’s been progress. In some ways, my sexuality has been my secondary defining point, whereas my cultural background is more prominent.

If something is compelling to me, I’m going to do a deep dive into it and unearth something.

Much of my identity was informed by the political events that were happening in my dad’s country, where there was a war. We’re shaped by so many factors: Who did we grow up around? What are the stories we heard? What were the experiences of those family members who came to live with us? I just absorbed them. I guess that’s what artists and writers do. If somebody asked me to define what I think an artist is, it’s someone who stares longer than others or looks at things a certain way. It doesn’t mean, “Oh, my God, we just feel everything,” but we find these interesting threads.

I came out to my mom first. I was 26. I had just started dating my first girlfriend — I was a late bloomer. She asked where I was off to, and I told her San Francisco. She assumed it was with a guy, but it wasn’t. She was making me scrambled eggs and didn’t miss a beat. “Well, I want you to love whomever you’re supposed to love,” she said. She was a big-hearted nonjudgmental person, and I was lucky to have her. She died in 2017 after dealing with Parkinson’s for decades. I actually lifted that story and put it in my play Unseen. She wasn’t a hippie, she was just very open-minded.

As much as I feel despair about the way human beings are as a species, kids are better able to define themselves now.

It took me a couple of years to come out to my father. That was harder at first. He sort of ghosted me after I sent him a very long and, I thought, considerate email. But he, too, has a great deal of openmindedness about him. Eventually, he would bring my girlfriends almonds from California when he’d visit New York. This is a man who grew up in a small village in Lebanon in the 1940s.

And where we are now — it gives me hope. As much as I feel despair about the way human beings are as a species, kids are better able to define themselves now. The fact that somebody in high school can identify as bi, trans, nonbinary, asexual, pansexual, sapiosexual, etc., means that there’s so much more acknowledged complexity.

You’ve previously mentioned that audiences tend to assume the nuance and contradictions of white characters, but not for characters of color. Could you elaborate on that?

I’d say that this ties in with my ethos around writing Middle Eastern characters for the stage and TV. We all accept that Amanda Wingfield in The Glass Menagerie is a Southern white woman, but she’s also her own strange beast… a creation of Tennessee Williams. We accept her complexities because she exists in something handed to us as part of the canon. We may not have liked or understood her, but we definitely accepted that such a person existed narratively.

We’re not nearly there with Middle Eastern characters, particularly for TV and film, where there were so few things you could play as an Arab actor. The mission is to complicate the narrative. Derya, in Unseen, is Muslim, even as she bitches about aspects of her faith and even as she loves another woman. She reflects so many of the people I know who are more than one thing. There are those who define themselves as both Muslim and gay. The more we from the Middle Eastern community can present those kinds of characters, and get them on stage, on TV, etc., the more we’ll get people used to the fact that we exist. ♦