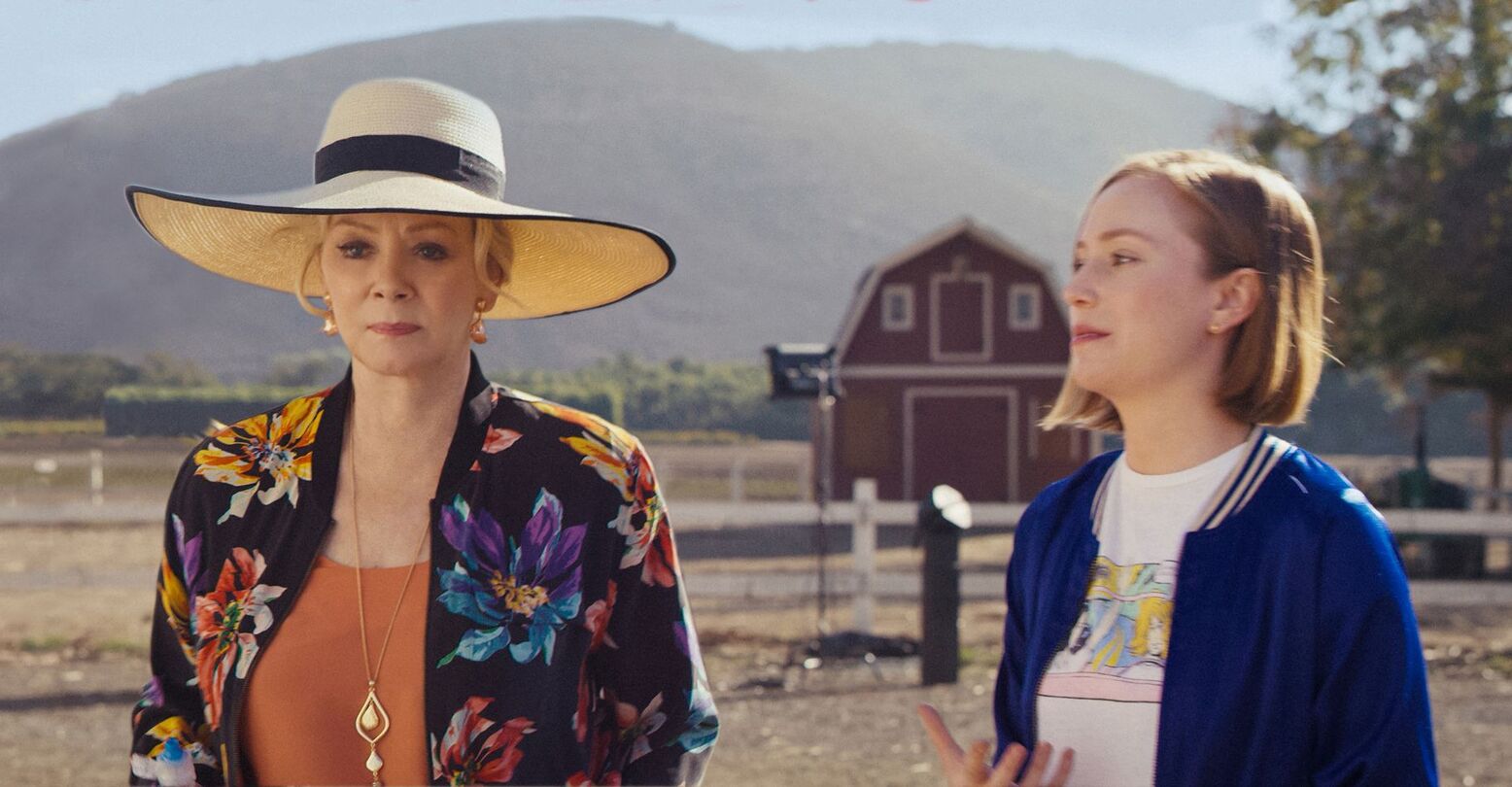 Considering we’re at the height of the Jean Smart Renaissance (the Jeanaissance if you will) the news of “Hacks” being renewed for a third season is more than welcome, especially considering the queerness of both the show and its cast. It’s also a reason to discuss everyone’s favorite fictional comedian and the blatant lesbophobia that has sprung out in full force in Season 2 of the HBO Max comedy.

The first season of Hacks introduces us to Ava Daniels (played by IRL bisexual Hannah Einbinder), a recently-canceled TV comedy writer working to get back in Hollywood’s good graces following an ill-thought-out tweet that gets her blacklisted. Struggling to get her work, Ava’s manager, Jimmy (played by show co-creator Paul W. Downs) arranges to team her up with his biggest client, Deborah Vance, a Joan Rivers-esque legendary comedian who now finds herself at the end of a decades-long Las Vegas residency. In an effort to save both Ava’s career and Deborah’s residency, the pair reluctantly agree to work together and find that despite their many differences, they’re actually a lot alike.

The successful comedy has managed to do what few shows can: remain a critical darling while maintaining its relatable queerness (hand jokes and Carol references included.) At its core, “Hacks” is about the nuances of the creative process: the intimacy that comes with creating art with the one other person who really gets it and gets you. It also dares to let a woman in her late 60s and one in her 20s develop a rare bond, one that we haven’t necessarily seen before on screen. It’s familial, sure, and collaborative, but it’s also laced with elements that are inherently queer. The creators of the show, Lucia Aniello, Paul W. Downs, and Jen Statsky have made an admirable commitment to do right by LGBTQ+ representation, both in front of and behind the camera. For all its inclusivity in the first season, however, season two managed to miss the mark with one specific letter of the acronym.

Despite struggling with some continuity and narrative issues, “Hacks’” sophomore season finds its footing by the second half of the eight-episode arc. But it’s precisely at the mid-season mark where things take an awkward turn. In an episode titled “The Captain’s Wife”, Deborah Vance’s cred as a queer icon takes a major hit while performing on a gay cruise. The lesbophobia takes off the second Deborah sets foot on the ship, with jokes that feel straight out of a homophobic ’90s sitcom.

Just about every queer woman Ava and Deborah interact with on the ship is a walking stereotype.

The first of these jokes comes when Margaret Cho (guest-starring as herself) breaks the news to Deborah that she’s performing for lesbians, and not gay men (as Deborah had originally expected). The camera zooms in on Deborah’s expression at the revelation, which can only be described as panicked, while a horn blows in the distance for “comedic” effect. The joke in question: lesbians.

Just about every queer woman Ava and Deborah interact with on the ship is a walking stereotype. From the predatory lesbian that corners Ava at the bar upon her arrival to the biphobic couple she tries to hook up with, it’s disappointing that the writers don’t seem to mind employing antiquated tropes at the expense of the lesbian community if it means getting an easy laugh.

While there’s a lot to pick apart from this episode, it’s worth noting that there is one standout scene that manages to strike that delicate balance between emotional depth and impeccable comedic timing that “Hacks” has become known for. In it, Ava and Deborah have a meaningful conversation about queerness, spurred on by Deborah’s problematic views on lesbians, and her many jokes about having bad sex with men. Ava questions Deborah’s complacency in her own straightness and gets her to think about how her life would be different had she been afforded the space to explore her sexuality. It’s a resonant and powerful exchange, one that leads the audience to believe there’s a foreseeable shift in the way Deborah approaches both her own life and her comedy. When this shift doesn’t occur, it makes the lesbophobia surrounding this episode feel all the more gratuitous. Where season one portrays Deborah as a hardened, self-proclaimed “mouthy broad” on a path to unlearn toxic behavior, slow as the pace may be, this episode reduces her to a one-dimensional homophobe with very little depth.

The real kicker comes when Deborah, on a high after a good night out of drinks and Carole King sing-alongs, makes a fool of herself on stage by resorting to more of the aforementioned offensive jokes. This blatant display of homophobia gets her booed off stage, and booted off the ship, Ava in tow: yet the topic of Deborah’s bigotry is put to rest for the remainder of the season. Deborah arrives at the finale to a successful comedy special, with the last reference to her behavior being at the end of the episode with a single dismissive line from Ava: “Your orientation isn’t gay or straight. It’s egomaniac.”

If this episode is intended as a queer Trojan horse to use on straight America, what impression of lesbians is it leaving when the only representation it provides is that of humorless, biphobic, and predatory lesbians?

This particular episode has been singled out by showrunners and cast members as one they are especially proud of. In fact, it’s been used as a Pride month highlight on the show’s official social media accounts, noting the scene between Ava and Deborah specifically as one that might serve as a conversation starter; a tool for those who might lack an understanding of sexuality or queerness in general.

While it is a noble cause, it does raise the question of liability. If this episode is intended as a queer Trojan horse to use on straight America, what impression of lesbians is it leaving when the only representation it provides is that of humorless, biphobic, and predatory lesbians? More importantly, how does the lesbian audience empathize with a protagonist that hates them? In light of ongoing attacks on the queer community by comedians, it seems particularly callous to let the fictional ones get away with the same hurtful rhetoric, especially those we are meant to root for. Here’s to hoping that in season three, the writers make a more concerted effort to distinguish a good punchline from a low blow. ♦