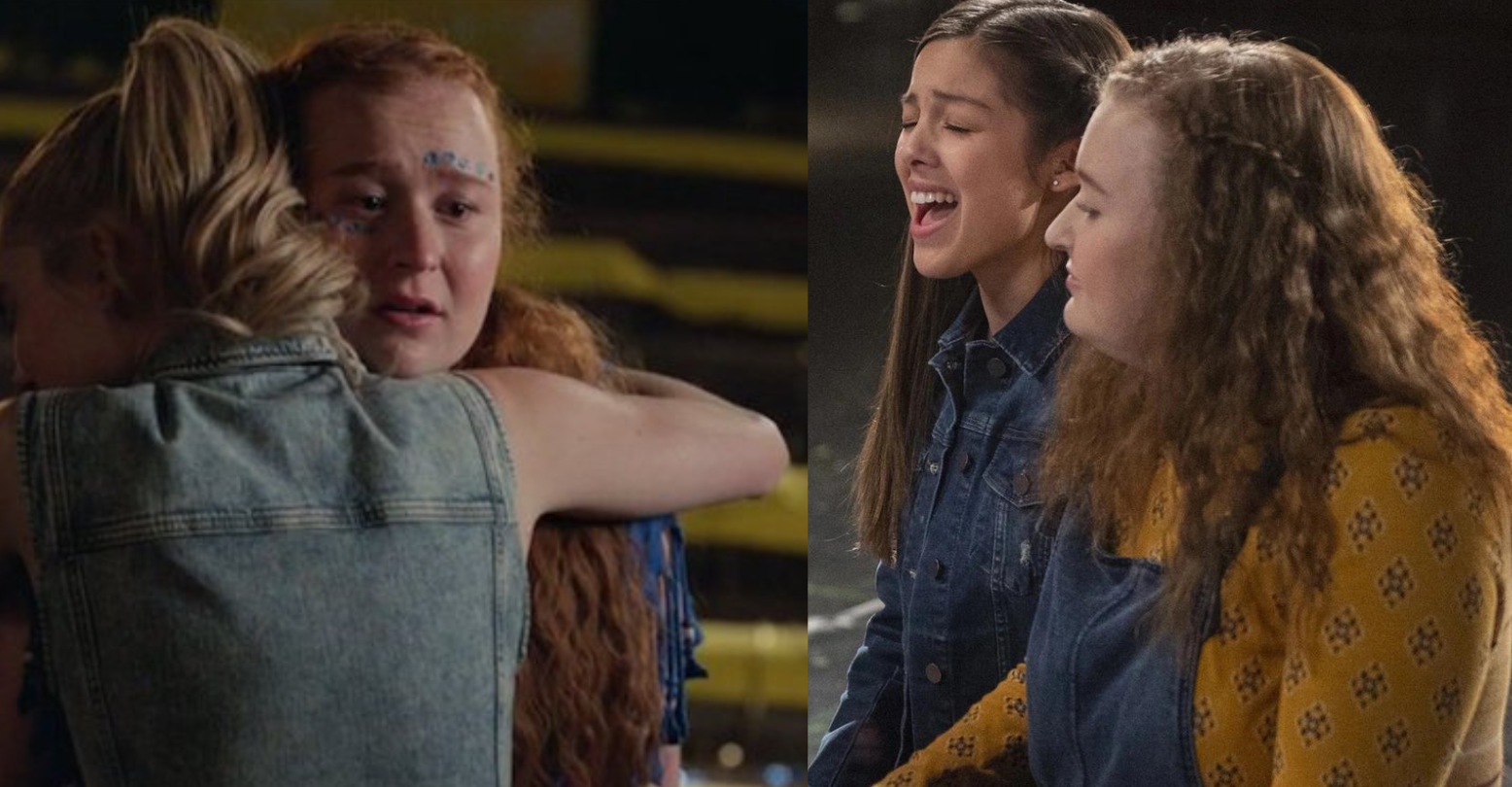 If you’re not watching the supremely meta Disney+ show “High School Musical: The Musical: The Series” you’re missing out. The show is one of the most entertaining and heartwarming comedies ever to grace our screens, and the payoff of the show’s delightful premise —a self-aware mockumentary following students at the school where the Disney Channel Original Movie “High School Musical” was filmed—is so deep into its own lore that it inspires fanfiction and fan theories interpreting every character’s every move.

Each theatrical episode, magnificent song, and carefully-plotted season from “HSMTMTS” Creator and Showrunner Tim Federle is a creative take on the original franchise, with a twist of modern drama, a dose of Disney’s various intellectual properties, and a healthy heaping of gay. The show celebrates queerness with such wholesome, casually inclusive energy that it’s easy for queer audiences to invest as strongly in its straight romances as its queer ones. Until now, though, the only queer romance plot on “HSMTMTS” has been between adorable gay couple Carlos and Seb, played by real-life couple Frankie A. Rodriguez and Joe Serafini. Since filming season two, the majority of this musical comedy’s main cast has come out as queer —one of them being Joshua Bassett, who (in an iconic and relatable twist) came out after he couldn’t help talking about how hot Harry Styles is, all spitting drama aside.

In the lead up to the third season of “HSMTMTS” there was much discussion about whether perhaps this season his character, Ricky —now completely over his relationship with Nini (Olivia Rodrigo)— may have a male love interest. But as each new episode aired, it became very clear that this would not be the case. The latest season is set away from East High, at a summer camp where the ambitious theatre kids have a chance to learn new skills, explore themselves in an unfamiliar environment, perform a stage production of Disney’s “Frozen”, and serve up a fresh take on Sharpay’s iconic ode to the luxurious life she deserves —“Fabulous”, now sung by the equally-fabulous Carlos. The quality time spent outdoors also delivers these talented teens a new outlook on life, love, and their future.

The show celebrates queerness with such wholesome, casually inclusive energy that it’s easy for queer audiences to invest as strongly in its straight romances as its queer ones.

Ricky finally acknowledges his inescapable, undeniable romantic feelings for his hopeful, awe-inspiring friend, Gina (played by actual angel Sofia Wiley.) And for sweet, supportive, wonderful Ashlyn (pansexual actor Julia Lester, currently also performing on Broadway) who played Belle in East High’s production of “Beauty and the Beast” last season and currently has a boyfriend (played by bisexual actor and tap-dancer extraordinaire Larry Saperstein) waiting for her back home…going to summer camp is also her bisexual awakening.

okay but this scene had me screaming and crying, the foreshadowing in this show is unreal, can’t wait to see ashlyn go on the rest of her journey to self-discovery #HSMTMTS pic.twitter.com/XoW6hx45aj

While away at summer camp, Ashlyn has experienced a gentle build-up of sparks-flying moments with newly-introduced female cast members, Maddox (Saylor Bell Curda) and Val (Meg Donnelly.) Along with their knowing smiles and affectionate gazing directly into Ashlyn’s soul, these young women brought a sense of unease —and sometimes open irritation— into Ashlyn’s daily life. But ultimately, their presence and honesty taught Ashlyn more about who she is and who she can be —as a friend, as a performer, and as a person who is gay. The magical ending of “HSMTMTS” Season Three Episode Six put Ashlyn center stage for a literal fireworks moment ripped from a romance novel or a good fanfic: The italicized ‘oh‘ of finally realizing why she’s been acting weirdly around a certain girl, and the real reason she’s felt off-balance all this time at camp.

The look on Ashlyn’s face…my God…I had that same moment, and when it hits you, it really changes your life. It’s like going from a BW world to one bursting at the seams with different colors. Bravo #HSMTMTS writers @TimFederle https://t.co/gQobPt0QsE

i love how ashlyn is discovering her sexuality while at CAMP which is when i discovered mine. art imitating life methinks #HSMTMTS https://t.co/sumtO3JLNA

It’s a beautiful, unforgettable scene that so many queer people can relate to —the moment Ashlyn comes out to herself— delivered with all the whimsical, cinematic magic of Disney. The fireworks in Ashlyn’s eyes, the blush on her cheeks, and the calm sense of relief and understanding on her face has the potential to leave you breathless and emotional.

It’s rare to see representation so specific to the queer experience, especially within a context where we know she’ll be loved, accepted, and treated with unending kindness by her fellow Wildcats, and by the cast and creator of the hit show.

ashlyn having her “oh” moment was so !!!!!!! ugh ugh i loved it so much encapsulated the feelings so perfectly #hsmtmts