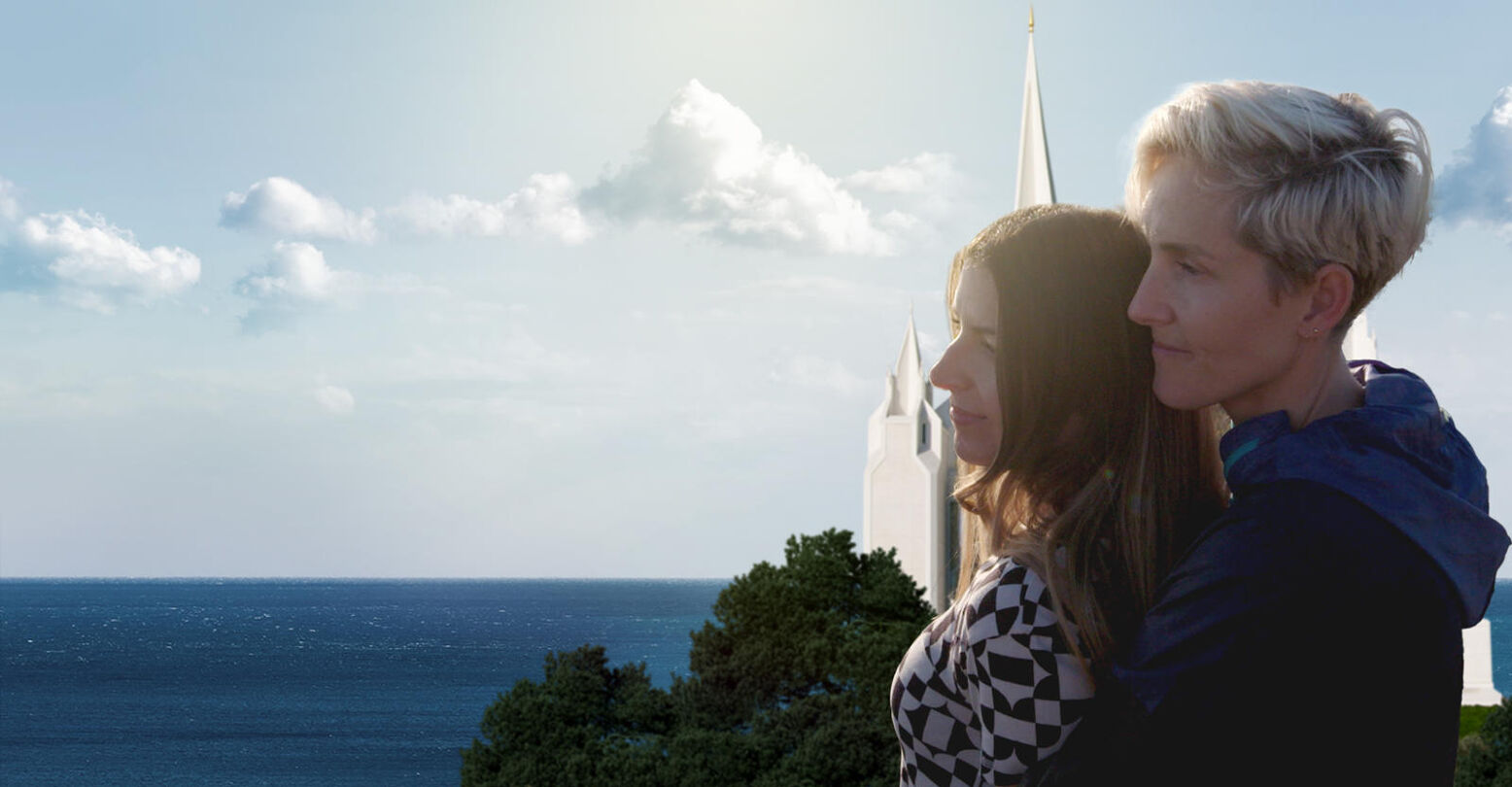 Growing up Mormon can be an intensely isolating experience, especially when you’re doubting the faith you grew up in from inside the closet. But even more isolating is to be “ex-Mormon” or a former Mormon, to leave a rigid community and repressive culture that convinces you that life outside its confines and commandments is all but impossible.

The new Hulu and ABC News docuseries Mormon No More captures the stories of the many people who deal with a very raw and real set of struggles: losing your religion and finding your life outside of it.

As a former Mormon and a trans woman, it’s been all too rare in my life to know or see people who have come from the world I came from, or who have gone through a similar process of hardship and self-discovery. When you grow up in a community as conformist as the Church of Jesus Christ of Latter-Day Saints (LDS), as it is more formally known, your entire life is defined for you, so learning to define yourself beyond the church can be an intense struggle for those who outgrow the church and transition into a more secular life.

The series is anchored around two Mormon moms, Sally Osborne and Lena Schwen, who met each other while married to men. Both had already been wrestling with their faith and beliefs, but each presumed they were straight — until the instant attraction between the two women challenged everything they’d once known. After expressing and acknowledging their sexual orientations and true identities beyond Mormonism, both women left their husbands and embarked on a tremendously brave journey of evolution and exploration as they attempted to create a new blended family.

We hear the stories of gay men who grew up in the LDS church: not just heartbreaking memories of conversion therapy or suicide, but the voices of still active Mormons.

One of the core pillars of Mormon doctrine is its emphasis on the family — the church often offers a great deal of security to people in search of a stable and lasting home, because it teaches that you can be eternally bound together to your family, as a unit that will last into the afterlife. Because of Mormonism’s overpowering patriarchy, however, family connection can often come with a repressive and regressive structure. As Sal and Lena navigate their new lives — as out and proud queer women, as mothers of an evolving family unit, and as ex-Mormons — we see firsthand how they still hold family as something deeply important, but in a transformed and radically accepting way. Throughout the series, they attempt to build and grow a new family, not just by changing the relationships with their actual blood relations, but by connecting with a larger world of queer people and also creating spaces for people of Mormon experience to live a life beyond the straight and narrow path dictated for them.

While other churches or corners of society have made progress when it comes to LGBTQ+ rights, the LDS Church has doubled down on its hatred of queer people in recent years, eager to go down with a sinking ship of bigotry.

Sal and Lena host a podcast together, where they speak with other ex-Mormons, current Mormons, and queer people, which the docuseries uses as a web to show just how many people have struggled against the repressiveness of Mormon beliefs. We hear the stories of gay men who grew up in the LDS church: not just heartbreaking memories of conversion therapy or suicide, but the voices of still active Mormons like Bradley Talbot, who has made national headlines for his attempts to bring awareness to the discrimination faced by queer students at the Mormon-affiliated Brigham Young University. This new kind of eternal family even extends beyond queerness: we also hear from an unmarried mother who was pressured by church leaders to give her child up for adoption, and eventually realized how Mormonism’s long history of racism and white supremacy conflicted with her own indigenous heritage.

While other churches or corners of society have made progress when it comes to LGBTQ+ rights, the LDS Church has doubled down on its hatred of queer people in recent years, eager to go down with a sinking ship of bigotry. That makes not just the stories shared in Mormon No More, but the kind of community and chosen family built by the show’s subjects, even more necessary, as living your truth can often come at great personal cost for those from such conservative cultures.

Mormonism teaches you to keep your questions to yourself and push away any doubts you might have, because speaking honestly often encourages others to do the same. As Sal lives a more authentic and open life, her entire family changes as well, and her once dogmatic and devout parents have begun to search for themselves outside the church pews by the end of the series. Truth, honesty, and authenticity all tend to have a ripple effect, whether it comes from celebrating and owning your queerness, or openly navigating your personal beliefs. The more of us there are who share our stories, the more of us can step outside the darkness of the spiritual closet, and the easier it becomes for others to do the same.

That’s not just because of representation or visibility, but because of genuine connection; it’s hard to be yourself when you feel like there’s no one else like you. Though I broke with Mormonism, too, and eventually found myself, there is one thing I still believe the church got right: we all need family. But we have to discover that family, instead of limiting ourselves to the confines of what we were born into, just like we all have to discover ourselves.♦