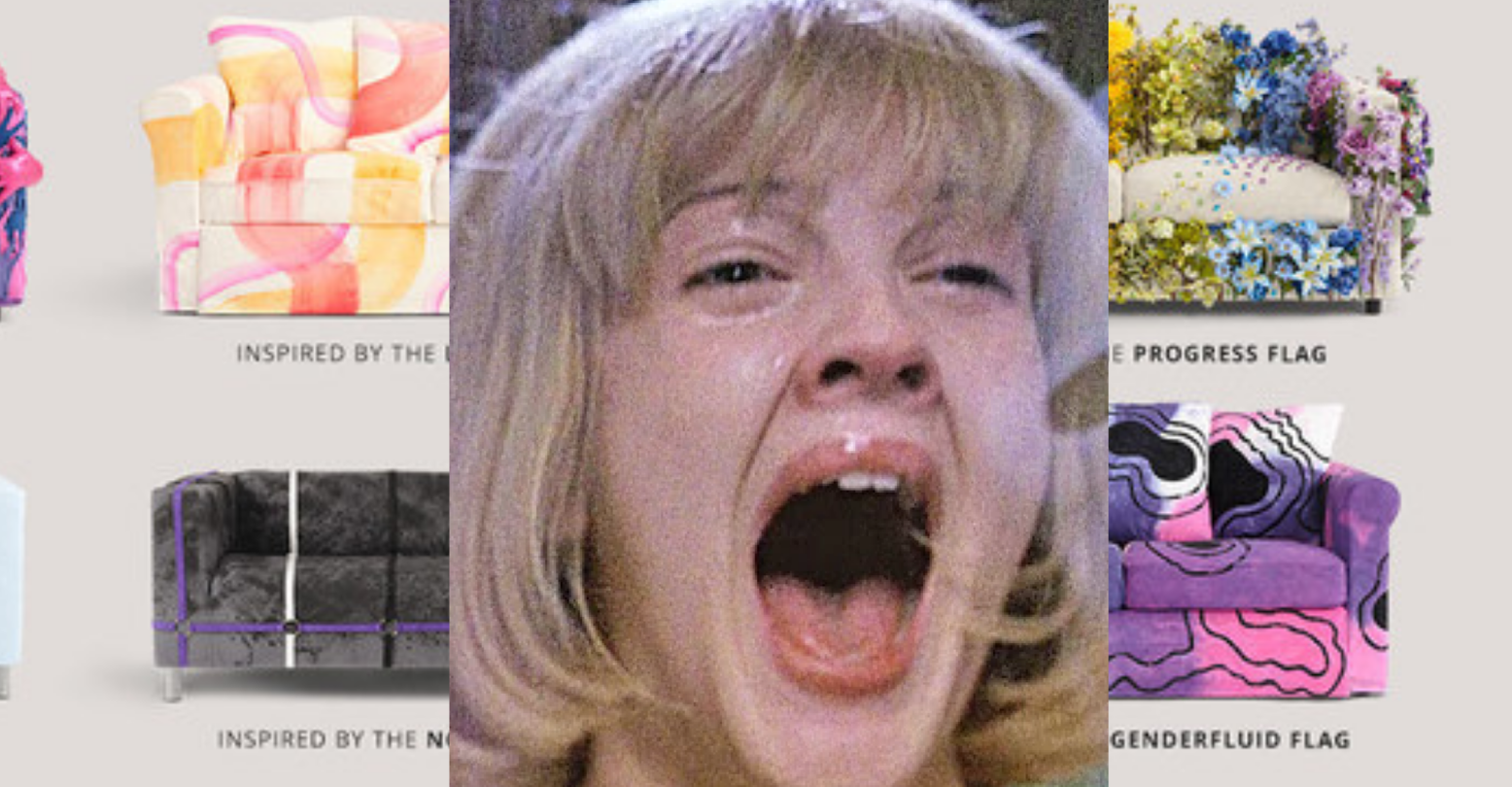 IKEA is a wonderful place where people who can’t afford furniture (aka me) can go and buy really confusing pieces of wood that can then be turned into furniture.

It also has meatballs and candy, and is generally a wonderful and hilarious place to spend a day. IKEA is also one of a growing number of brands that have decided, in this year of our Lord 2021, that it’s necessary to make Pride-themed merchandise.

Today, IKEA Canada woke up and chose violence in the form of their Pride collection Love Seats. Each “seat” is dedicated to a part of the queer community and it’s…terrifying.

Some people are wondering if the Swedish company has finally gone off the rails:

While others are reading between the lines (cushions?):

I thought it was pretty inclusive of Ikea to also release a couch specifically for closeted trans people. pic.twitter.com/cADkUlxGSK

Some are just calling it like they see it:

And some of us are ready to give IKEA all our coint:

not gonna lie I’m rocking with the genderfluid ikea couch

everyone is talking about how “nobody believes you” is written on the bi ikea couch but can we talk about how its COVERED IN FUCKING HANDS?????????? pic.twitter.com/dYgUAsJU8w

When you sit on the bisexual ikea couch. pic.twitter.com/INFcleoeiJ

That said, don’t sleep on the trans couch! I mean, you actually could and it would probably be really soft and nice.

And honestly, the nonbinary couch is kind of a vibe and I hate myself for admitting it:

Walking into Ikea, sitting down on the transgender couch, and shooting myself https://t.co/qQVu5TaxAn

Not gonna lie, this whole experience has both uplifted and traumatized the queer Internet, just in time for Pride’s end.

It’s also questionable whether or not these love seats were actually created by queer designers, or simply “inspired” by them…yikes!

No, he’s who “inspired” the couch! These are the designers, three cis queer women and a straight dude: https://t.co/4ZADODBpS6

ikea has finally made a couch and stuffed the cushions with estradiol. thank you ikea for being allies