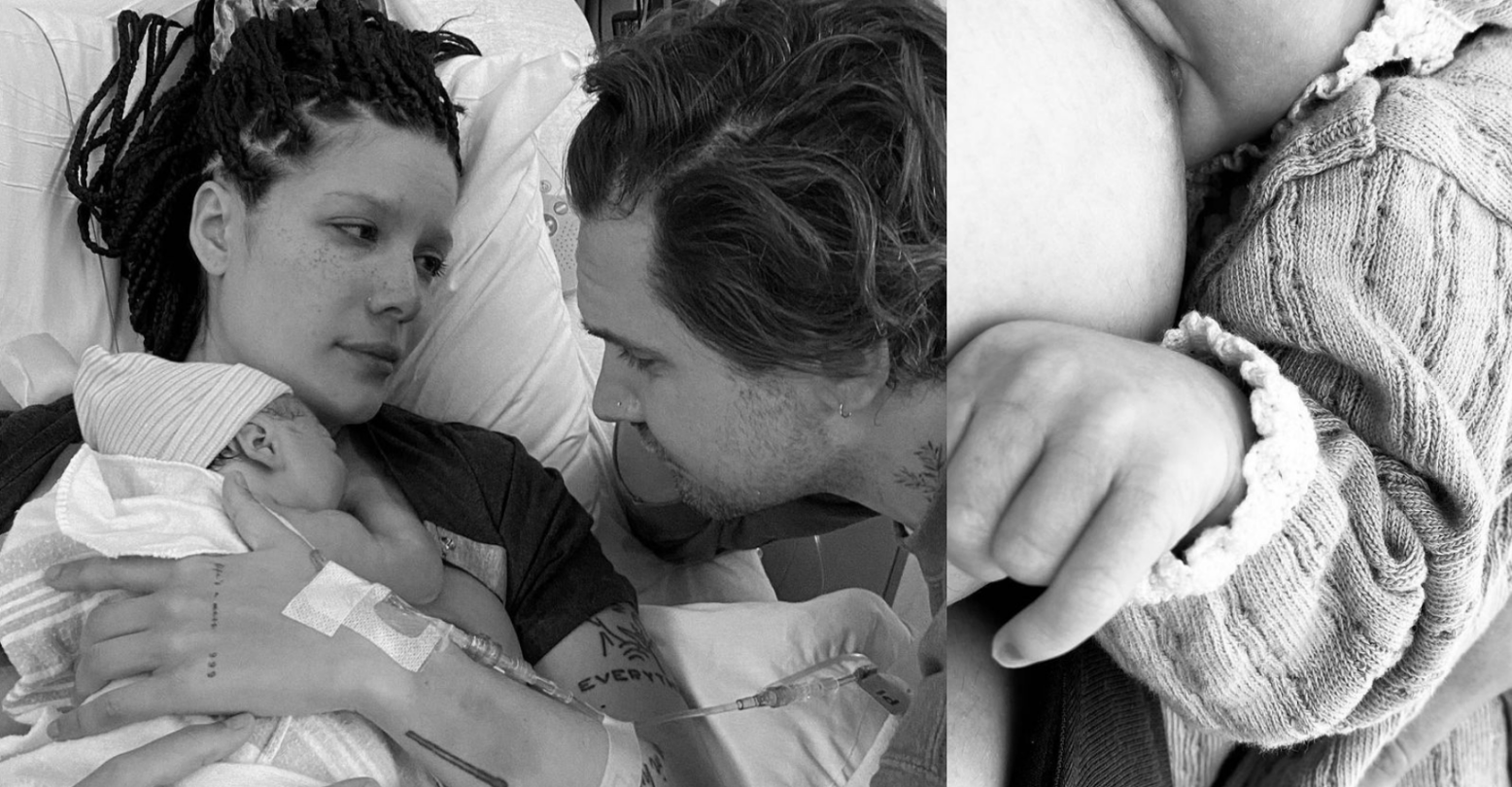 Nonbinary singer Halsey is keeping busy as hell. Not only did they just launch an entire new makeup line (that I instantly purchased, duh) they still found time to give birth to a baby with the awesome name of Ender Ridley. Sounds like somebody’s an Orson Scott Card fan, and maybe also an Alien fan? Whatever. The baby is cute, being a baby and all.

Congratulations to Halsey & Alev on the birth of the beautiful Ender Ridley! 🌈🍼

No words can describe how incredibly happy and ecstatic we are for you both. 🥰🤍 pic.twitter.com/sdb763t0Ww

The point is that this culture still can’t conceive of nonbinary people giving birth and remaining nonbinary, so it should come as no surprise that the minute the announcement hit, everyone, simply everyone from Cosmo to Billboard, are throwing Halsey’s they/them pronouns out the window. Because pregnancy!

This Is Not a Drill: Halsey and Her Boyfriend, Alev Aydin, Just Welcomed Their First Child!https://t.co/SaIHPhkGfR

While Halsey does technically use she/they pronouns, it’s telling that every major outlet has gone with “she” in the case of this announcement. Why is it important? Because it shows that nonbinary folks are still thought of as only being nonbinary when it doesn’t clash with some presumed biological imperative. Like having babies, or periods, or going through menopause. The word “mama” might be what many nonbinary folks choose to be called when they have a baby, but it feels like no one’s giving Halsey any space to be anything but “mama” right now. Am I splitting hairs? Am I making a lot out of a little? Oh totally. 100%. That’s literally my job. But I’m on a mission to make parenthood genderless, so when I see shit like this, of course I’m going to write a pissy 400 words about it! That’s the Henry guarantee. But seriously: it’s not that hard. Last week, I wrote about how significant it feels to have a nonbinary pregnant person and pregnant man emoji on the way. It feels even more significant when brands do get it right in the case of Halsey:

Congratulations to Halsey on their new arrival 🧸✨ pic.twitter.com/jaI6cjZkOA

Part of what’s so exciting about Halsey as a person and a performer is their openness and earnestness. In 2015, they suffered a very public miscarriage. They’ve been open about their struggles with their bipolar diagnosis. They’ve never shied away from talking about the real shit.

It might not feel that lazy or offensive to slap on a tag like “mother of invention,” but it kind of is. It’s just another way our culture has of making sure that we think of people who give birth as female, no matter what. It feels depressingly biological.

All that said, that baby is cute, has a super gay name (yes!) and everyone involved looks pretty happy. The star of the show here, however, is the Taylor memes.

taylor swift realizing she has to make another blanket for halsey’s baby pic.twitter.com/niDB5KeEL7