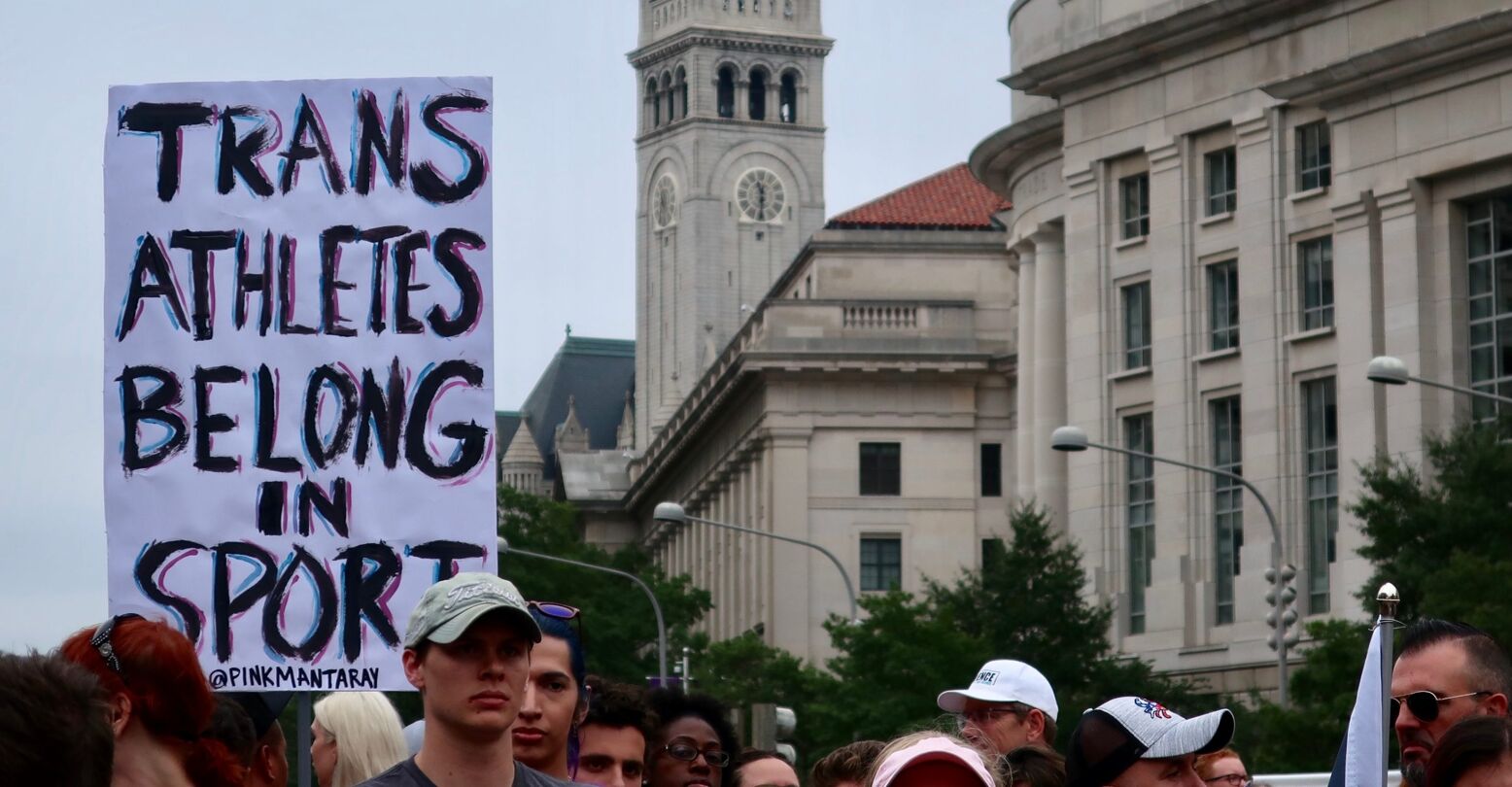 Another day, another transphobic article from the New York Times.

This morning, the paper published a video op-ed from trans athlete Andie Taylor. The title? “I’m a Trans Runner Struggling to Compete Fairly.”

In the video, Taylor goes through her whole transition process, because of course she does. Even though talking about her transition, her suicide attempts, and other extremely personal details of her life are truly unnecessary here, Taylor is put on display for the New York Times’ cis readers. She’s here to advance the point that being “socialized male” and being on HRT gives her an unfair advantage over cis women in sports.

This is not only inaccurate information, it’s very hard to hear coming from the mouth of another trans person.

That said, let’s make one thing clear: this is not Andie Taylor’s fault. The New York Times has a history of using trans people to advance harmful, cis-centric narratives about transness. Take a few years ago, when the paper published an op-ed by writer Andrea Long Chu about getting bottom surgery. There was then, as there is now, a strong feeling that the Times will only seek out trans writers to be put on display or to serve as trauma porn for their cis readers. And they’ll only give them the space to talk about their lives when there’s a harmful moral at the center. For Chu, it was “hey, I’ll never be happy and that’s fine, but I’m getting a vagina anyway.” Nothing wrong with that on the surface: but the fact that the Times repeatedly ignores us, hires cis writers to cover our stories, and only gives us a voice when it confirms their idea of trans folks as pathetic, depressed, “cheaters” means that it’s time for a big ol’ reckoning.

This year, with all the trans sports coverage, it’s gotten even worse. A few months ago, the paper published a profile of the tennis player Martina Navratilova. Although she was famously mentored by trans tennis player Renee Richards, Navratilova has been a proud advocate of keeping trans girls and women out of sports. How much coverage did that aspect of her politics get? One line.

It’s not good enough. It’s not good enough to use us only when we agree with you or to have your own conservative words come out of our mouths. This is not cultural coverage, and it’s certainly not “science,” as today’s op-ed is categorized.

Let’s be real: it’s been a really, really long time since the New York Times was a good paper. And by “good” I mean responsible, honest, and interesting. If you read the introduction to Sarah Schulman’s magnificent “Let the Record Show,” you’ll learn that during the first flush of the AIDS crisis in the 1980s, queer activists called the paper the “New York Crimes” for its history of consistently misreporting or underreporting the crisis. They got facts wrong, hung onto the idea of AIDS as a “gay disease” long after the facts showed otherwise, and generally just didn’t care to take on the story in the appropriate way.

It’s been a long time coming: New York Times, either hire trans reporters to write factual, well-researched stories, or don’t cover us at all.