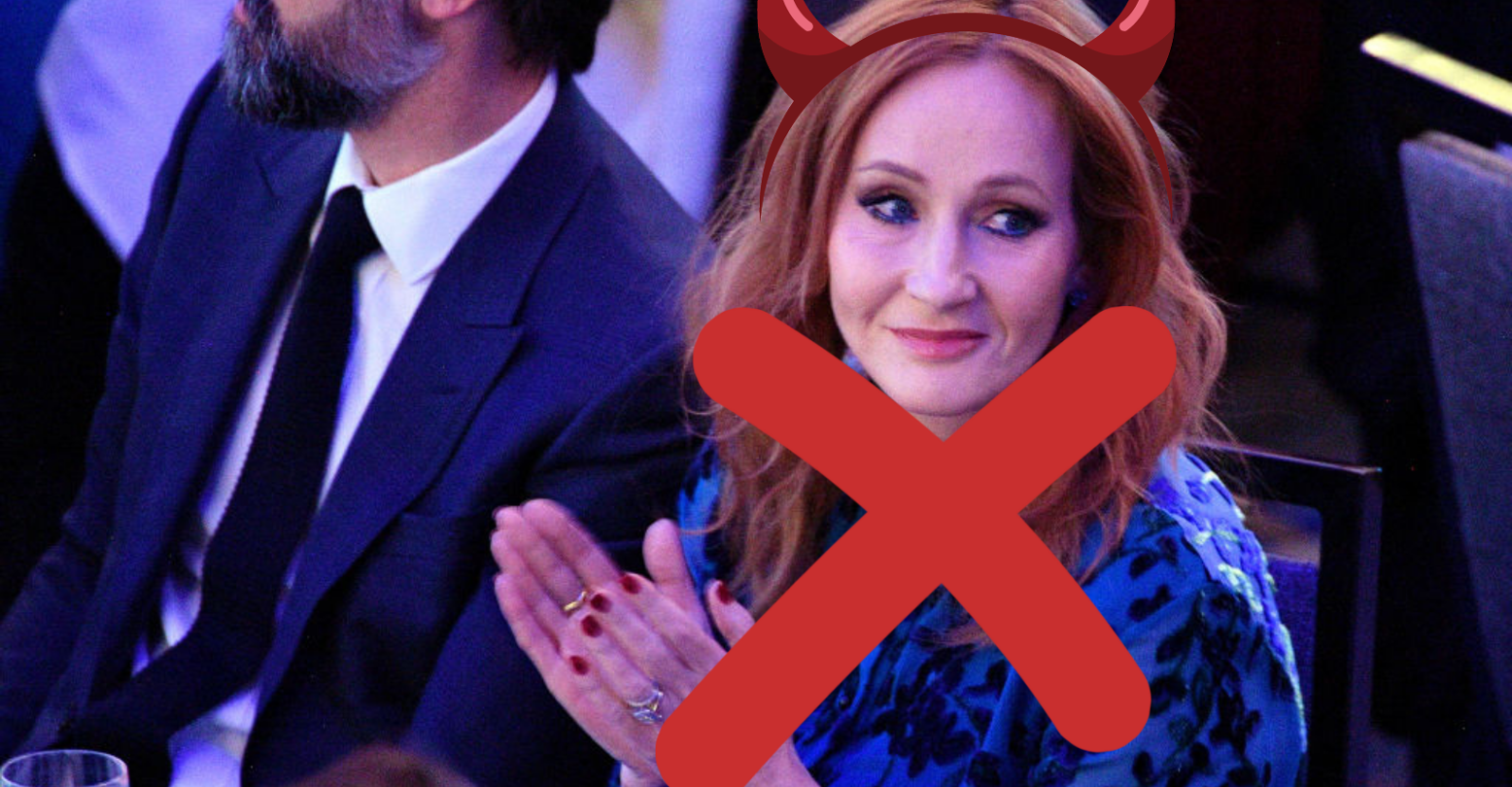 JK Rowling has been on her bullshit for quite some time now, and understandably, just about everyone and their mom is fed up with it. Recently, the Grand Cyclops of TERFs went on yet another Twitter tangent in reaction to Labor Party Leader Keir Starmer correctly asserting that trans women are in fact women. This statement, according to Rowling, meant that the Labor Party “can’t be counted on” to protect women’s rights. Because in Rowling’s world, women’s rights are somehow in direct opposition to trans womens’ rights. Naturally.

After this latest public bedwetting incident, even cis people decided they’d had enough. Taking to Twitter on Sunday with the hashtag #JKDoesntSpeakForMe.

Because when you’re intolerant toward one specific kind of femininity, you’re not actually a feminist, are you?

We should really keep this going. If what JK Rowling and friends have been saying about trans people isn’t what you believe, speak up using that hashtag with the *ahem* slightly larger number.#JKDoesntSpeakForMe https://t.co/PkaAKop5V9

#JKDoesntSpeakForMe As a woman and an LGBT person, I always have and always do feel safer around my trans sisters in women’s spaces than I do around TERFs. Trans women are women, trans men are men, and nonbinary identities are real- and trans people are vital to LGBT spaces.

In the midst of claiming that “Innumerable gays” support her, JK Rowling has chosen to send “Big love” to Caroline Farrow.

The majority of LGBT+ people and the majority of cis het people in the UK support trans rights. #JKDoesntSpeakForMe pic.twitter.com/9FaTz0X4Hd

Even Emma Watson jumped on the bandwagon, using her speech at last night’s BAFTA awards to subtly dig into Rowling’s TERF philosophy:

When JK Rowling claims that “lesbians are under attack and don’t want to be redefined,” she’s specifically saying that lesbians dating trans women aren’t lesbians.

This is the TERF position. That your chromosomes, not your attraction, define your sexuality.

I don’t need a straight, cis billionaire to police what is and isn’t queer, and she’s far from the arbiter of our community. Stick to trying to write a decent book Joanne, you might get there one day. #JKDoesntSpeakForMe

The ratio could not be better:

Ms. Rowling’s views on trans folks are sadly misinformed, and her continued refusal to examine her bias is extremely harmful to trans and cis folks alike. pic.twitter.com/4bcKPcJzr0

Let’s try and choose our heroes more wisely: there are plenty of them out there!

Anyway there’s a great exhibition on at The Barbican #JKDoesntSpeakForMe pic.twitter.com/y3hwtCaJDO