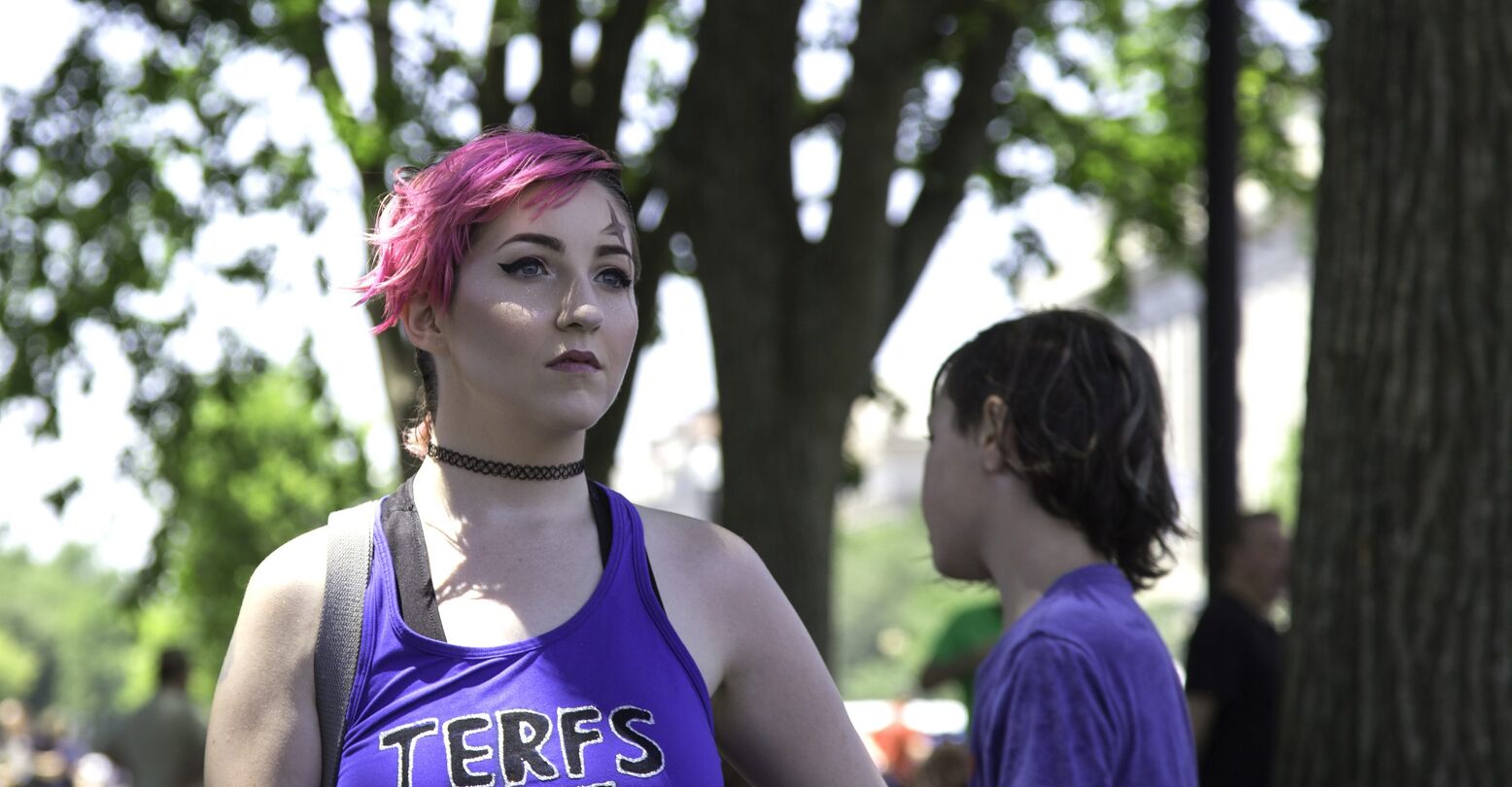 BBC “News” is once again forcing us to bring out the air quotes. The media outlet is facing significant backlash after publishing an article suggesting that trans women are preying on lesbians as a result of trans activism. Its principal source of evidence is a social media survey which only eighty people responded to.

The survey was organized and distributed by Angela C. Wild, co-founder of Get the L Out, a group who in 2019 interrupted London’s pride parade with protest signs reading “Transactivism Erases Lesbians.”

In publishing the results, the BBC article’s author Caroline Lowbridge admits it does not reflect evidence of a widespread issue. She writes, “While acknowledging the sample may not be representative of the wider lesbian community, [Wild] believes it was important to capture their ‘points of view and stories.’” In other words, the whole purpose behind this article is a resounding Just asking questions.

The hearsay and anecdotes that the article presents in service of transphobic fearmongering has led almost anyone with eyes to describe it as propaganda. This includes journalists speaking out against the BBC’s evident lack of standards.

BBC News seems to be in editorial crisis at the moment. Terrified to hold the government to account, desperately picking on vulnerable communities in an effort to do hard-hitting journalism. Just awful to watch it drag down the reputation of the entire organisation

That BBC article about trans people is disgusting, I won’t share it as I don’t want to promote it. But whoever commissioned it should be ashamed.

An article based on a social media poll by a group hostile to trans people with a headline that will drum up hatred is despicable.

Evidence: a social media survey of just 80 people, only half of which actually agreed with, from a group condemned by Pride in London.

Guardian columnist and left-wing commentator Owen Jones created a thread of past examples (including from the BBC) in which lesbians were demonised as sexual predators in much the same way.

Here’s how lesbians were long portrayed in the mainstream: as predatory “sexual vampires” who, in the Navy, “could make barracks life miserable for their women shipmates”.

The exact same narratives are being redeployed against trans people – by the BBC itself. pic.twitter.com/DG1qhSrjHo

Pollster Joe Twyman condemned the use of a social media poll in journalism, inviting readers to consider the outrage if the topic had been about Brexit.

Just imagine a reputable news outlet publishing the following. There would quite rightly be uproar. So why is this any different? pic.twitter.com/npIUbkTDIe

Complaints like these and more were chorused across Twitter in a general outpouring of frustration against the BBC.

The BBC is actively and purposely pushing an anti-trans agenda, the same broadcaster thar cashes in on Drag Race UK. This is appalling. pic.twitter.com/FMZtIt4k5g

The entire basis for THAT shameful BBC article is a social media poll that only 80 people in a self-selecting group responded to. That’s not journalism. That’s scraping the barrel to find something, anything, that can be used against a vulnerable group you don’t like.

Even more damning is the fact the article comes out just days after a similarly transphobic piece for CBC by “gender-critical trans woman” Jessica Triff. Triff herself tweeted that her ex-wife was part of the “study.”

Happy that this study that my ex-wife was a part of has been published. She is currently in a relationship with a transgender man named Rog, but I’m glad she has found someone who can respect her sexuality (lesbian).https://t.co/tek2oLJ9WQ

It’s also no mistake that these op-eds are surfacing after Dave Chappelle’s aggressively transphobic special was released two weeks ago. For those of us who want to go a step beyond venting, complain directly to the BBC here.