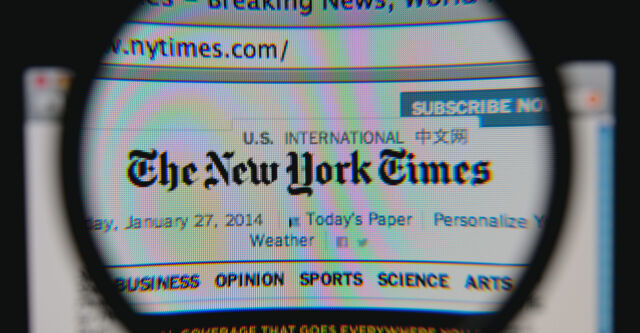 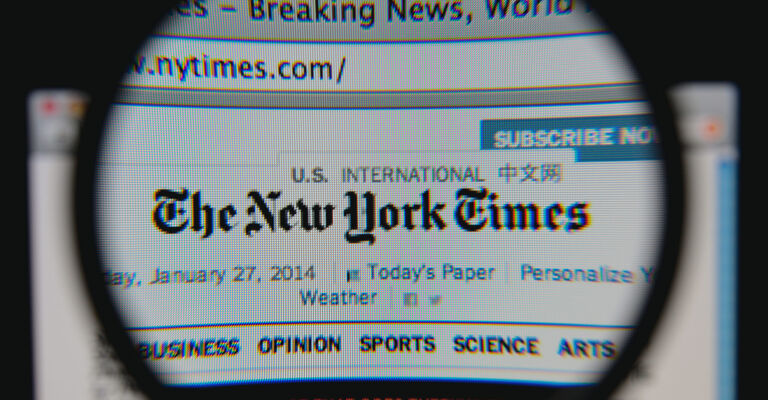 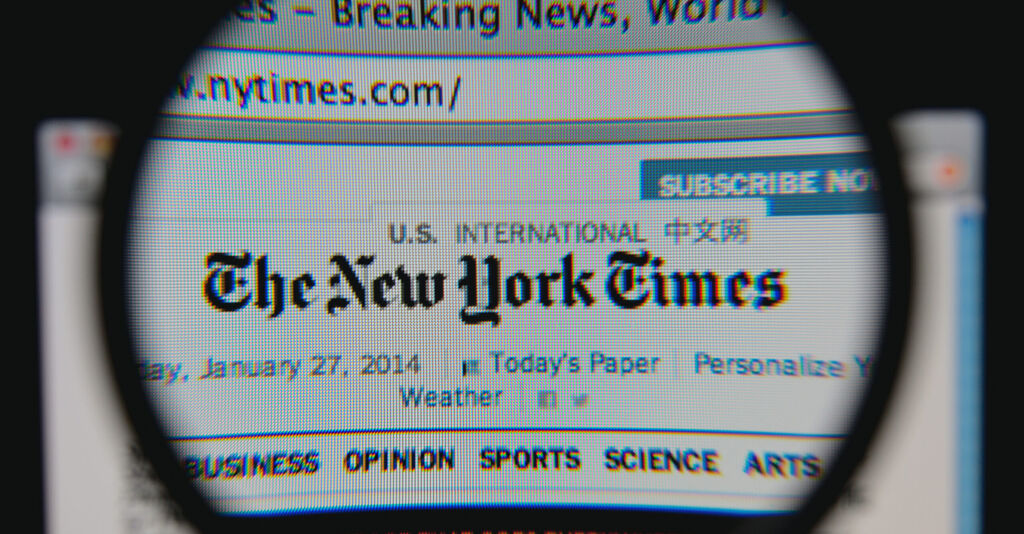 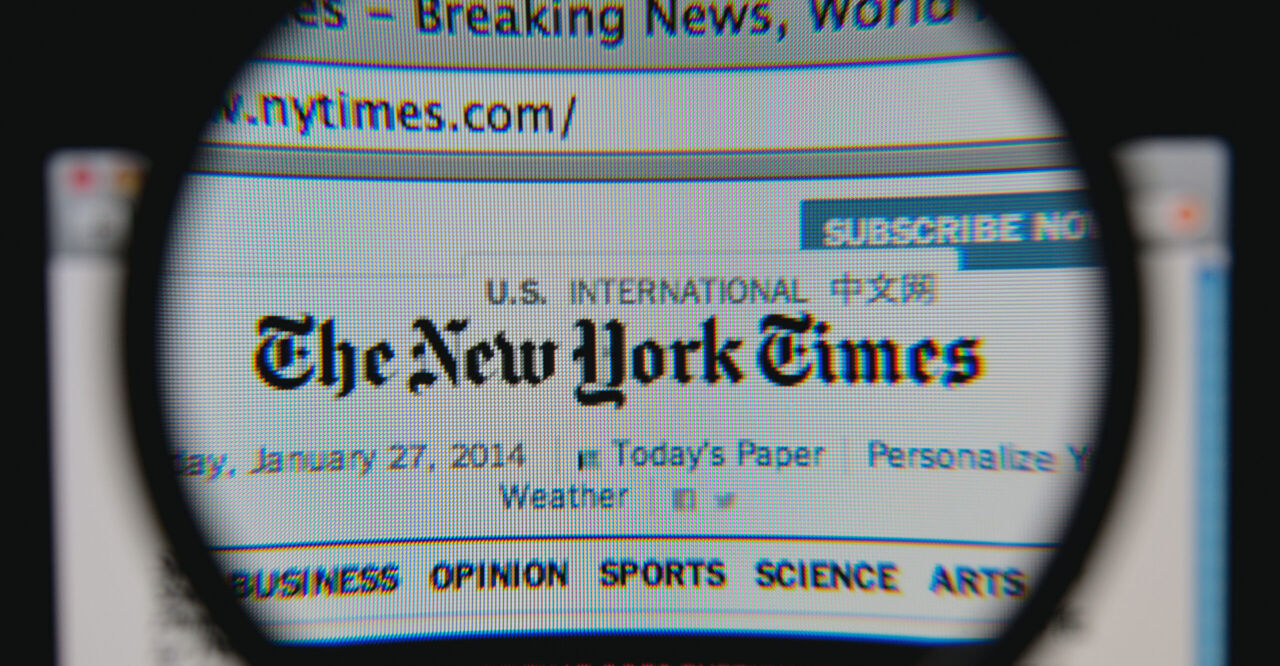 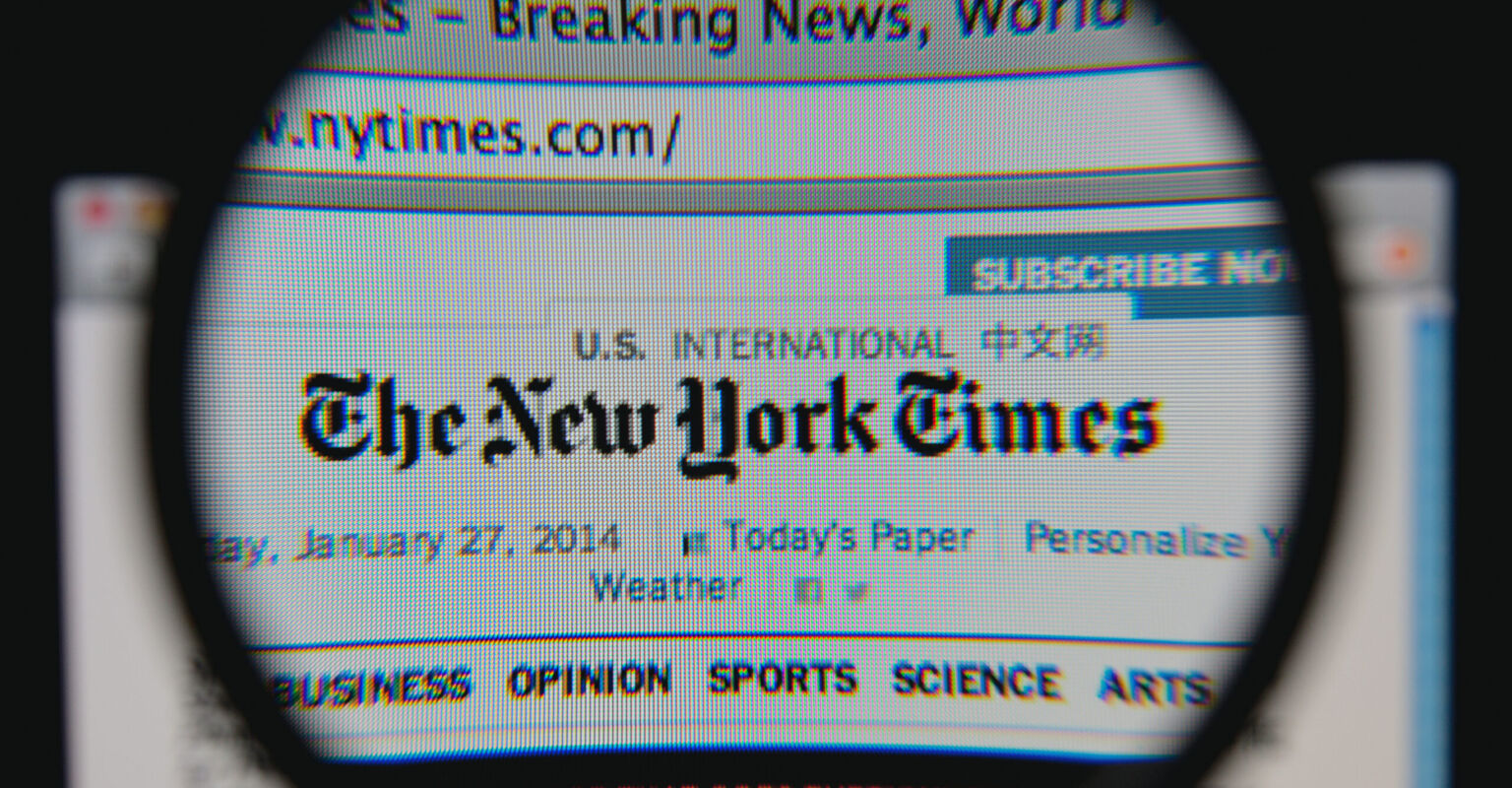 Some days (most days) I wish the Internet didn’t exist, simply because I would then be protected from having to write the following explanation:

The New York Times put out an ad this weekend in which a series of photos of Times readers proclaim what each reader turns to the paper for. Videos accompanied each reader, giving a bit more context in terms of what they like about the paper’s coverage. One reader, Lianna, was interviewed for the ad: in a video, Lianna explains what they’re interested in, including “queer love in color,” “breaking the binary,” and “imagining Harry Potter without its creator.”

Seems pretty straightforward, right? Yet when conservatives saw the ad go up in DC and New York metro stations this weekend, they lost their tiny minds. Why, you might ask? Because the times chose to single out one of the points Lianna made, creating a digital ad featuring a picture of Lianna’s face with text superimposed, reading: “Lianna is imagining Harry Potter without its creator.”

Again, controversial? Not really. That is, not if you know anything about TERF-in-Chief J.K. Rowling and her long, storied past belittling trans folks and actively fighting against our rights in the UK. Imagining “Harry Potter” without Rowling isn’t an unheard of thing, especially for queer and trans lovers of the series. While it’s hard to justify putting money into Rowling’s pocket by continuing to purchase licensed merchandise and books, “Harry Potter” has always meant a lot to its queer fans, and those fans have a right to enjoy the characters and (extremely shitty) storytelling of the series without embracing its creator’s backward views.

But of course, TERFs and other conservatives found this ad too much to bear. In the space of a few days, the ad has been labeled “shocking,” “chilling,” and “deeply concerning.” Totally unsurprisingly, the ad’s detractors are taking it as the first offensive launched in a “war” on Rowling herself.

It’s very hard to articulate the anger I feel about the appalling @nytimes subway video ad about @jk_rowling, but I’m going to try.

It would seem that fans of Rowling find the ad to contain “hate speech,” even though rowling’s name is never mentioned. Others feel very clever pointing out that without Rowling, there would be no “Harry Potter.” Which–yes, not a single person is denying that, not even a little bit. But they’re grasping at straws here, and just about any straw will do.

The unintended and hilarious irony is that Lianna is imagining nothing… Harry Potter does not exist without JK Rowling… Lianna’s head is empty and The New York Times is happy. Perfect. pic.twitter.com/eHj3QYVmt1

An excuse to attack and misgender someone I’ve literally never met? I’ll take it!

I don’t take it kindly that @nytimes used a (black) woman as their face of idiocy in their false narrative against JK Rowling. Not taking it kindly at all. Harry Potter is JK Rowling’s work. There will be no ‘re-imagining’, Liana. #jkrowling

And if Rowling “supports” trans rights, she’s got a funny way of showing it.

Make no mistake, the war on JK Rowling has nothing whatever to do with trans rights – which she supports.

It’s about the downgrading and erasure of womanhood and women as a class – which she opposes.

The message violence is clear, agree with Rowling and you too will be dragged. https://t.co/QteSNPWEKL

“The message violence is clear.” Okay, where to begin with that. The sentence structure? The logic, or lack thereof? I don’t know anymore.

To make matters worse, the New York Times, as we’ve often written about at INTO, is a deeply transphobic paper, and I don’t relish the chance to defend it. But when TERFs get to TERF’in, there’s truly no stopping them.

What will be the next installment in the “war against J.K. Rowling”? When it comes, do me a favor and please don’t tell me. Ignorance, in this case, is more than bliss: it’s sanity!