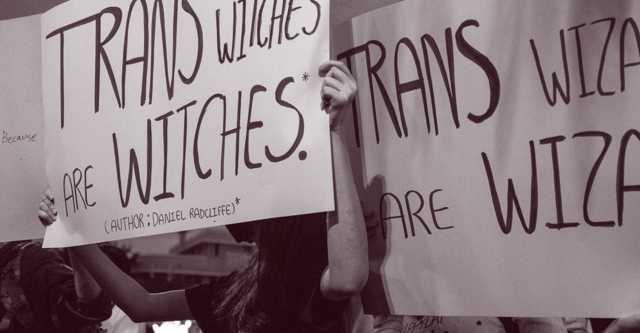 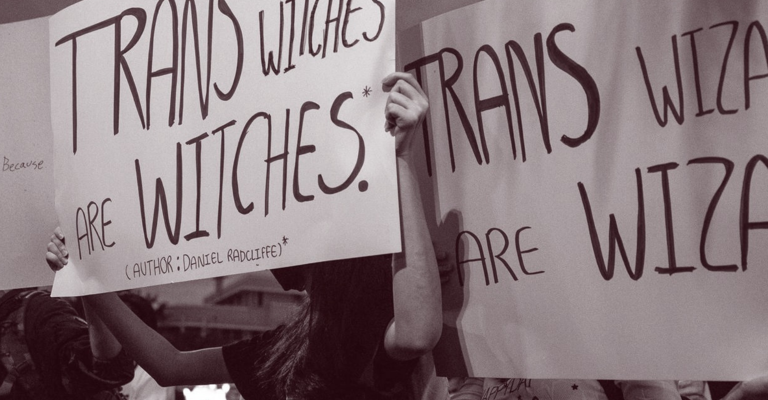 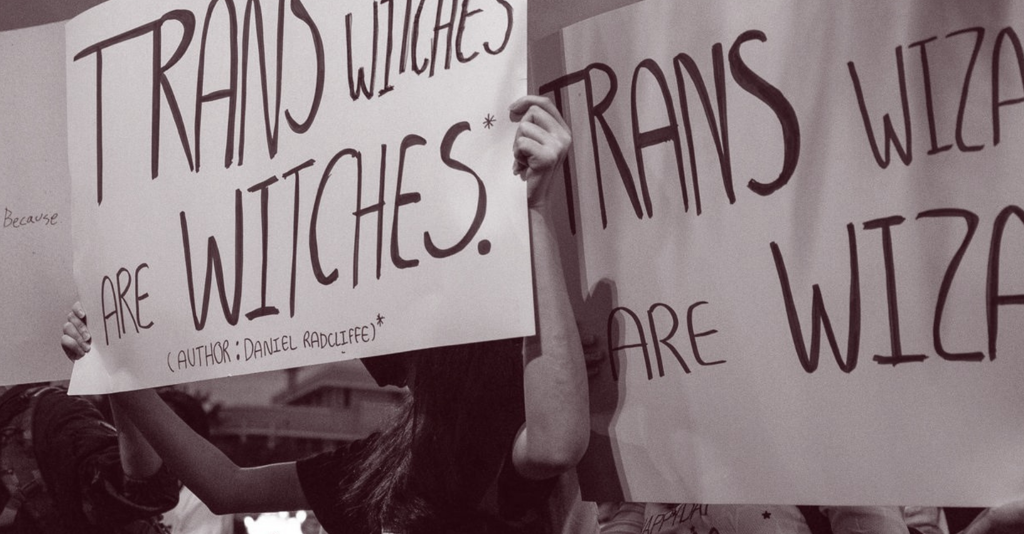 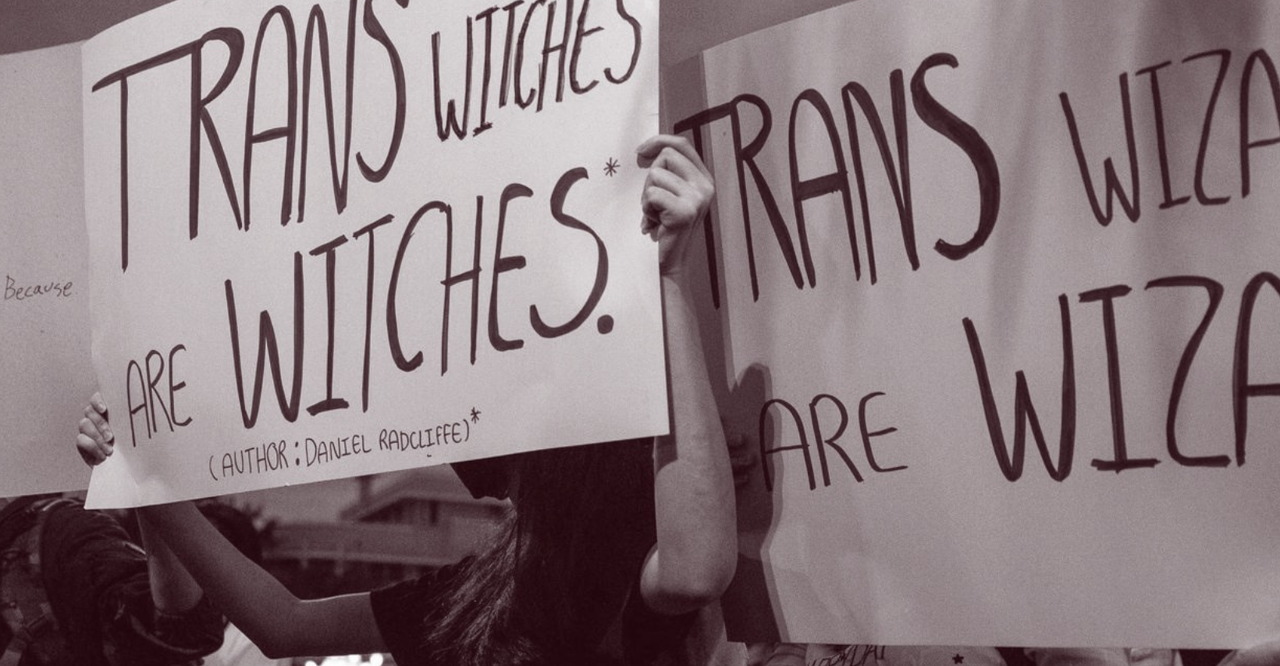 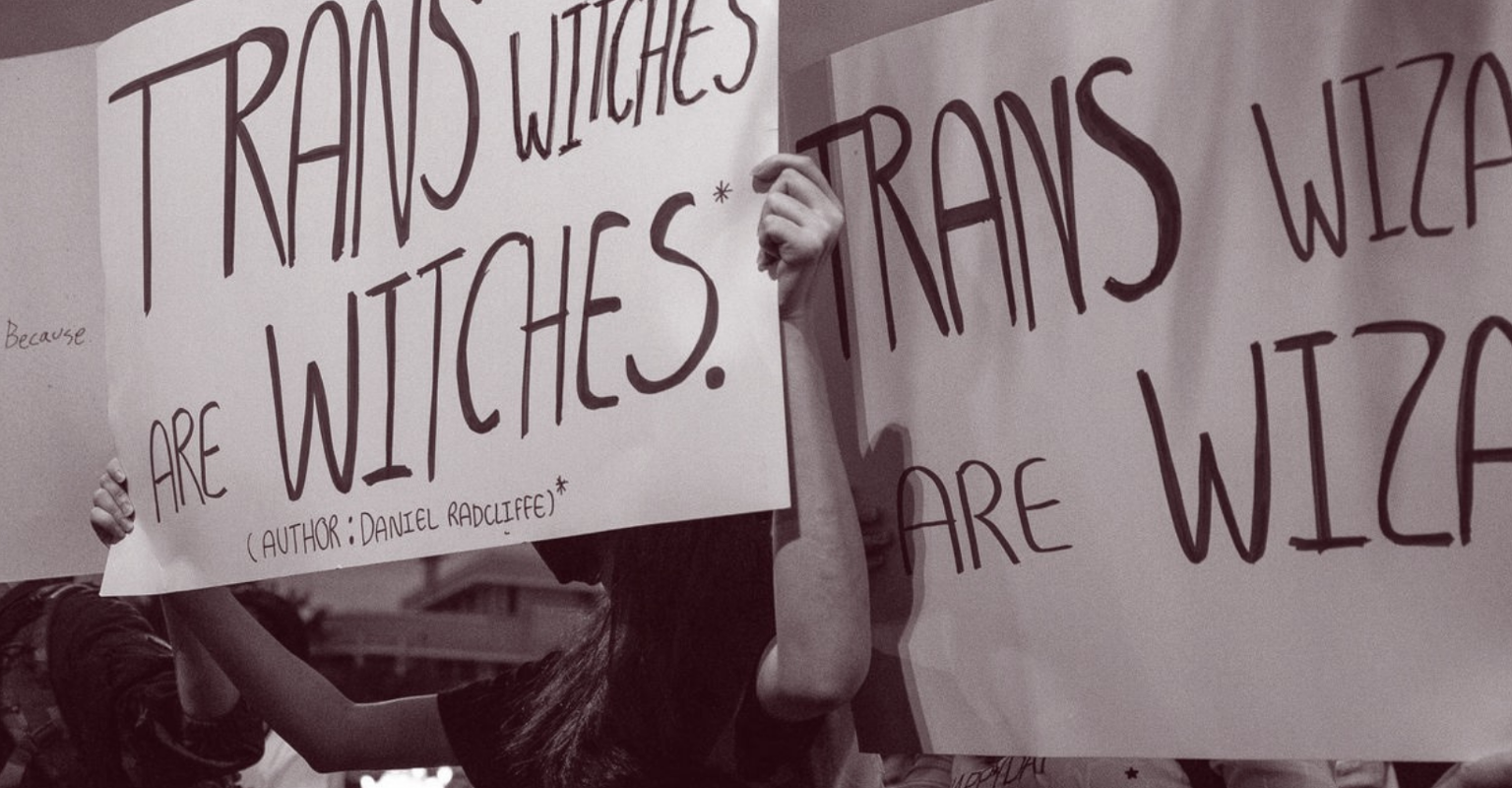 In late 2019, JK Rowling came out in support of a transphobe and has subsequently spent her time doubling down on being an unabashed trans-exclusionary radical feminist (TERF). Since these views came to light, audiences have had to reckon with how to handle her work. Many fans have rushed to separate the author from her stories in an effort to maintain the strong connection they felt to them. Some parts of the fandom are claiming to have already “disowned” Rowling because of disappointment related to The Cursed Child and the Fantastic Beasts franchise. But for many in the trans community, the works are a reminder of a betrayal: an open wound left gaping by an author who taught a generation that everyone was accepted for who they were, and then turned around and said: “except you.”

The impulse to hold on to these narratives despite the views of the author is entirely understandable (I’ll resist the temptation to reference Roland Barthes here). For many fans, LGBTQ+ included, the books and movies were foundational. They got people excited about reading for the first time, helped them to feel like they could be accepted for who they were, gave them communities and fandoms, and became the basis for connections with loved ones. The Hogwarts houses have been a powerful shorthand for so many people to understand each other easily and bond quickly over a shared love, in much the same way as astrology, Myers-Briggs personality types, and enneagrams.

HBOmax decided to put all eight Harry Potter movies up only for June, in a hilariously ironic and probably unintentional statement about trans people during Pride lmao

Disconnecting from the Harry Potter universe is further complicated because it’s become the basis for so much other art and commentary. Creators have made a name for themselves creating fanart and fanfiction; many of those creators have been LGBTQ+ and have added the queer representation to JKR’s world that was so sorely lacking (ignoring Rowling’s after-the-fact claim that Dumbledore was gay and her subsequent failure to follow through with that in prequel movies). Podcasters and video essayists have dissected the works that have meant so much to them and made a career out of it, and entire conventions have sprung up around the franchise. Audiences and creators alike have so much invested in this intellectual property. But at a certain point the question has to be asked: has the love put into this world by fans created a sunk cost fallacy?

For many in the trans community, Rowlings works are a reminder of a betrayal: an open wound left gaping by an author who taught a generation that everyone was accepted for who they were, and then turned around and said: “except you.”

There are, of course, plenty of problematic artists whose art we still engage with. The works of H.P. Lovecraft, for example, have seen a growing resurgence over the past couple of decades as he has come to be known as a go-to for monstrous horrors. Lovecraft Country was keen to point out what too many might have ignored, or simply not known, about the author: he was a huge racist. The series acknowledges this and works to push against it within a framework reminiscent of fanfiction. So why are reclamations of Lovecraft less questionable than those of Rowling?

Ultimately, it comes down to the fact that, unlike Lovecraft, Rowling is not only still alive, but is actively using her platform to push a transphobic agenda and do harm to the community. While Lovecraft has been pleasantly silent on the topic of race for the past century, Rowling is still speaking out against evidence-based trans healthcare, spreading disinformation straight out of the playbook of anti-trans talking points, and contributing financially to anti-trans organizations. Studies show that the biggest factor in reducing the high rates of trans teen suicide is them having a supportive adult in their life. How many adults, unsure of trans issues but potentially supportive, hear Rowling’s words and, respecting her as a renowned author/philanthropist, decide that being trans is a mental illness or a trend? How many more trans kids then end up feeling unsafe coming out to those adults, adults that might instead have been supportive?

Trans Twitter, can you be a good ally to trans communities while still publicly expressing love for Harry Potter and partaking in the fandom?

Before even considering the thoughts of trans people around you, it’s important to remember that by continuing to uncritically support Rowling’s creations, you are also supporting this agenda. Whether buying a full set of Quidditch robes, a stuffed owl, or a shiny copy of Hogwarts Legacy, licensed merch will always put money in her pocket. But even more than that, when you continue to promote her works, even if you do not promote the author herself, you are helping her to keep her platform, and fueling the statements she has made that she has wider support on these transphobic issues than she (hopefully) actually does. Rowling and those like her read the continued success of her endeavors and support for her IP as a tacit agreement with their bigoted ideology.

Additionally, while Rowling’s personal transphobic statements turned many off of supporting her future work, the new insights into how she viewed the world also helped open many reader’s eyes to other problems within her works. Directly related, the description of Rita Skeeter (a character we’re definitely supposed to dislike) is laced with transphobic dog-whistle phrases, and Hogwarts is built on a framework of gender essentialism (notably evident in the behavior of the stairs to the girl’s dormitories, an element that trans fan-fictioneers have played with extensively).

But beyond the gender issues at play, criticism of Rowling has highlighted her other prejudices: antisemitism (the money-hoarding Gringott’s goblins fall afoul of crass stereotypes), racism (e.g. Cho Chang, to merely scratch the surface), and slavery apologism (Hermione is roundly mocked and rebuked by all for trying to free the house-elves, and house-elf enslavement is depicted as a system that works fine for all but a tiny fraction of mistreated elves, rather than as the abominable social institution that it is.)

Rowling is still speaking out against evidence-based trans healthcare, spreading disinformation straight out of the playbook of anti-trans talking points, and contributing financially to anti-trans organizations.

Looking beyond her magical worlds, Rowling’s transphobia only becomes more obvious. Her Cormoran Strike series has more transphobic language to describe a transwoman who is then threatened with prison rape, and a later installment focuses on a killer who wears a dress to prey on women. Perhaps none of this should come as a surprise as her pen name for these books, Robert Galbraith, seems to be taken directly from the name of a noted proponent of conversion therapy.

If you are able to put aside your feelings about the author, engage with the works through nostalgia, or with a critical eye that acknowledges and works through the problems with them, then you are in a privileged position.

Rowling’s hatred of the trans community is pervasive throughout her work and has become her primary talking point outside of her fiction as well, all blanketed under a veneer of trying to “protect women.” So, while the series might mean a lot to you, please consider how uncritical promotion of her work and ideas hurts some of the most vulnerable parts of our community. It is still hard to scroll through social media or YouTube without coming across posts about Hogwarts houses, advertisements for new games and mech, or videos continuing to delve into and promote the series after the creators have made only the most cursory of acknowledgments that the author’s views are abhorrent.

If you are able to put aside your feelings about the author, engage with the works through nostalgia, or with a critical eye that acknowledges and works through the problems with them, then you are in a privileged position. Please consider how many (not all) trans individuals, out or not, might see your posts and excitement about Harry Potter and view them as a red flag, an implicit sign that you value Rowling’s work over trans lives, and question whether or not you’re a safe person for them connect with.

Finally, putting aside Harry Potter for yourselves or your kids can be an opportunity to explore new worlds that paint more diverse worlds and cultures. An easy transition is to Rick Riordan’s mythology-based books, one of which won the Stonewall Award. The internet is full of lists of alternative books for kids and young adults that are trans-inclusive and/or written by trans authors. Ultimately, if you go to your local independent bookstore (even if it is not specifically queer-owned) and say, “I want something like Harry Potter, but not by a TERF,” they will likely already have an armful of suggestions ready for you.♦

Faefyx Collington (They/Them) is a British writer. Their articles cover popular culture, LGBTQ+ issues, and current affairs, while their fiction tends towards science fiction, fantasy, and mystery. Never content to settle to one thing, Faefyx is also a co-host and producer of the podcast and video series “Unramblings,” and can occasionally be found making music as well. Having acquired degrees on both sides of the Atlantic, Fyx has settled (for the moment) in the southern United States where they live with their spouse and an entirely appropriate number of cats.