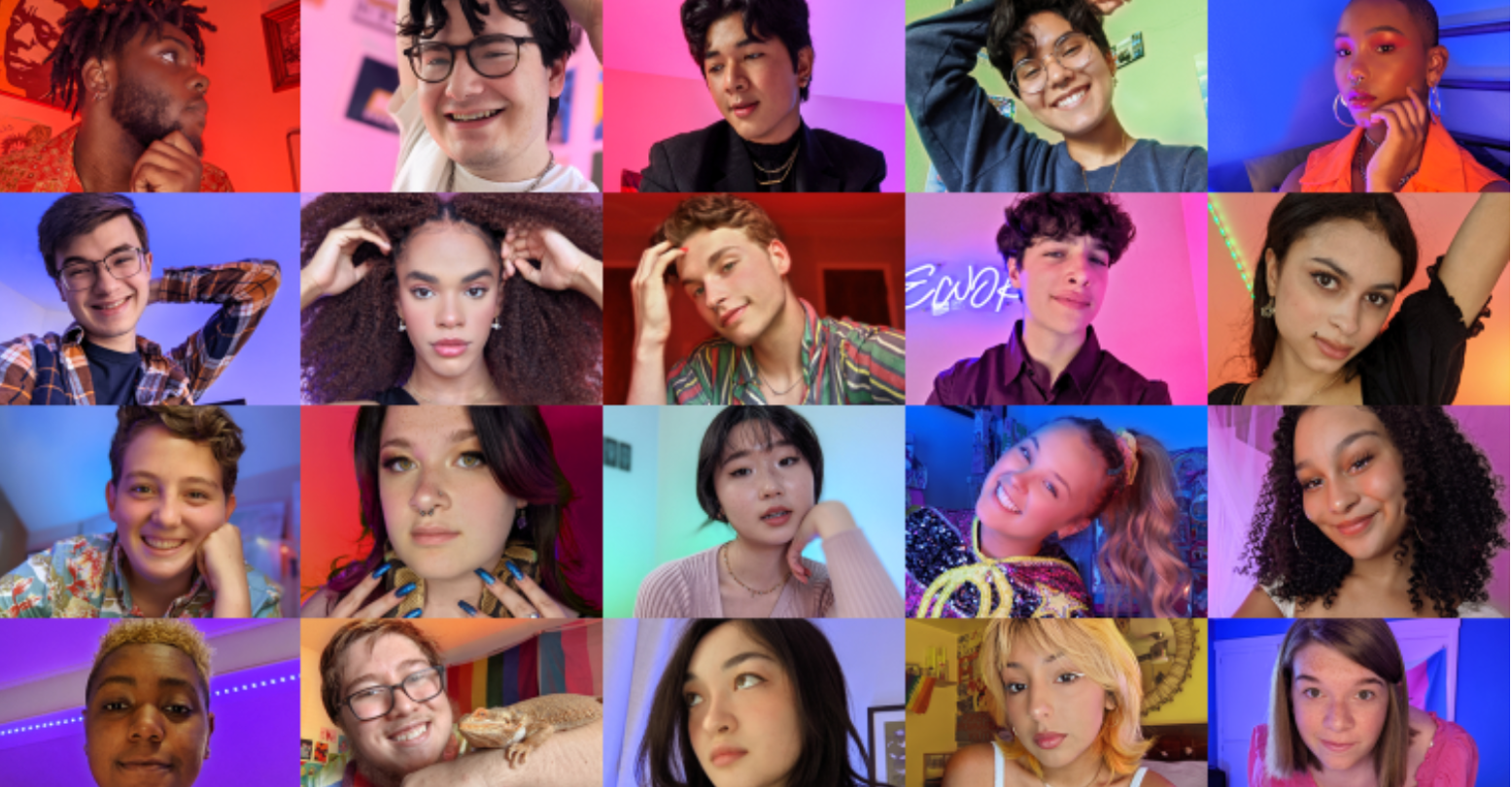 Queer youth are paving the way to a brighter future, and no one embodies that better than the honorees of GLAAD’s second annual 20 Under 20 list.

As the name suggests, the list includes 20 queer people ages 20 and under who are making the world safer, kinder and queerer through art, activism and more.

“More than ever before, young LGBTQ people are changing the way the world sees and understands LGBTQ people, while leading the charge to create a safer, more inclusive and equal society for all,” said GLAAD President & CEO Sarah Kate Ellis. “Whether it’s driving LGBTQ visibility and representation in national politics, local activism, music, or Hollywood, the honorees on this year’s 20 Under 20 list are a testament to the power that young LGBTQ people have to create lasting cultural change.”

So, who should we be keeping an eye on? Let’s meet the queer wave of the future:

In addition to being a DC Youth Poet Laureate, Amiri co-founded Sign of Justice, an initiative to raise awareness of racial injustice and other social issues by posting signs in predominantly white neighborhoods.

Andrea combats gun violence through her work as the Director of Operations for Youth Over Guns and as an Instructor through ReACTION, New Yorkers Against Gun Violence Education Fund’s school program.

Ashton is also an advocate for trans bathroom rights, being the face for the “Yes on 3” movement in Massachusetts and becoming a GenderCool Project Champion. Check out an essay he wrote for INTO here.

Austin fights for queer equality in healthcare and education through his nonprofit Homoglobin, which played a key role in passing HB 916 in Virginia in 2020.

Cyn’s activism is all-inclusive, reflected in their work as a member of the Mental Health America’s Youth Leadership Council, as an ambassador for the Tangible Movement, and as a Commissioner on Homelessness for the City of Berkeley.

Through collaboration with GLSEN, GLAAD and multiple nonprofits, Darid advocates on behalf of queer POC, including testifying before of the House Committee on Oversight and Reform on the effect of anti-LGBTQ bills on queer youth.

Eli is a student leader whose Gender & Sexuality Alliance took down South Carolina’s “No Promo Homo” policy, making history as the first time such state law has been abolished by a federal court on constitutional grounds.

Gia works to educate on trans youth as an actor and writer, appearing on Season 2 of “Pose” and releasing a book called ““A Kids Book About Being Transgender,” which aims to facilitate conversations between families about trans issues.

As one of the most popular teenage influencers in the world, JoJo’s coming out earlier this year was huge for queer visibility, and she hasn’t stopped advocating for herself and other queer people since.

Kaylyn pushed back against anti-AAPI hate this year by organizing a “March for Asian Lives” demonstration in Arlington Heights, Illinois, just one example of their monthly projects in the name of social justice and community service.

Max became the youngest elected official in the country when he took his seat on the Madison Common Council in April 2020, which also made him one of the first out queer candidates ever elected in Madison.

mxmtoon is a pop culture phenomenon, increasing queer visibility through her music, acting career, design, and presence in the gaming world.

Onyx’s Central Texas GSA Coalition aims to increase the power of GSAs in the Austin area, while their project Q+ EDU is a virtual interactive experience that explores what the world would look like if schools actually met the needs of queer students.

Ewok is a professional Fortnite player with over 346,000 followers on Twitch. After disclosing his transgender and bisexual identity in 2020, he became the first transgender man in the T1 esports organization.

An aspiring politician who spoke during a hearing on the Equality Act in March 2021, Stella is the first transgender teen to testify in front of the U.S. Senate

Trevor made waves on social media when he was suspended from his high school for wearing nail polish, leading his administration to implement a gender-neutral dress code policy through a petition that garnered over 400,000 signatures.

A social media superstar with over 3.6 million followers across TikTok and Instagram, Ve’ondre uses her platform to educate about trans inclusion and representation.

Yasmin’s career is taking her from TikTok, where she found success sharing her story as a Black trans woman, to the big screen — she’s set to star in Orion Pictures’ upcoming film “What If?” and in Netflix’s upcoming series “Heartstopper.”

These 20 aren’t the only queer superstars leading us into the future — Adweek’s 2021 Pride Stars are also making change through work in every field imaginable, and without the age requirement. You can check them out here.

Regardless of age, queer activists are the backbone of the queer community. With their whole lives ahead of them, we couldn’t be more excited to see what they’ll do next.♦