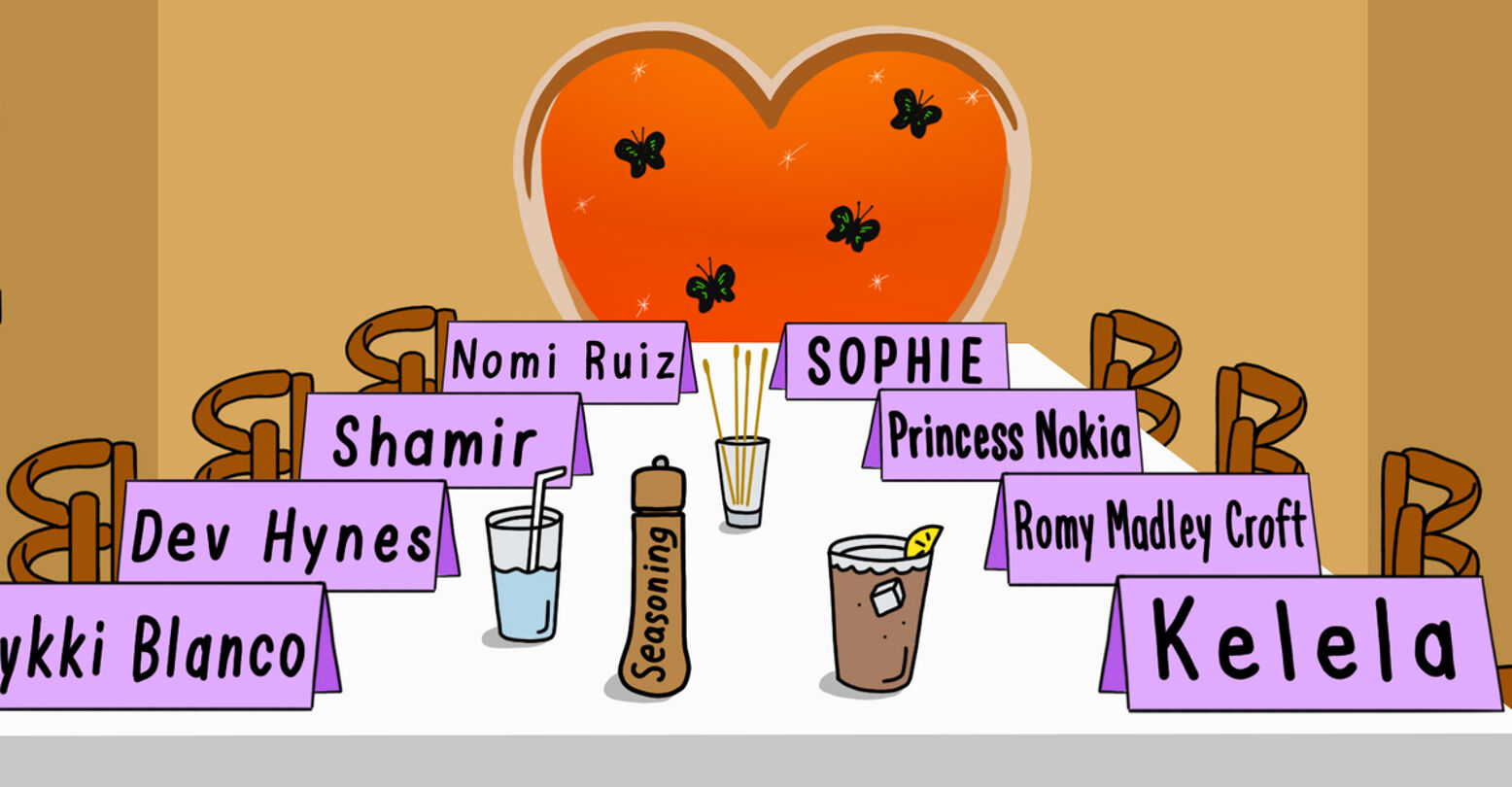 A clique of gay men with a stake in pop music and other media congregated on Sunday morning for brunch, remembered to take a group photo, but forgot to spice their food.

Just seeing the post-mortem on this LGBTQ music industry brunch and appalled at how white it is. Running through the list of people who should have had a seat at the table and very confused and disappointed at my own surprise https://t.co/eNAYypAmro

I want to start by saying I’m not invalidating the experience of any of these artists. Their respective experiences with homophobia are unacceptable and their visibility and contributions to pop music are needed. The room made for queer artists in music pales in comparison to the room afforded to heterosexual people even when heterosexual culture so often bites queer culture in every way.

That doesn’t change how messy this photo is and how the air in this room reeks of white complicity, complacency, tokenism, and gatekeeping. One glaring problem is that even less space is afforded to QPOC and especially TPOC. Even more, when mainstream artists have an opportunity to share their platform with, let’s say, a TWOC, they have at times failed to afford them any type of visibility.

First off, the very act of brunching is white. This isn’t the cookout or my prima’s doble quince, it’s a brunch. Here’s what else is wrong with this scenario:

No one with an identity more marginalized than that of biracial singer/songwriters Parson James and Ferras Alqaisi appears to be present. Y’all know we’ve got Skype now, right? Even holograms? Did no one think to phone a friend? Would a story heard at this roundtable from an identity more complex than that of a POC who isn’t white-passing bring the energy in the room down? Is there a fear of being outshined by QPOC?

One of the songwriters present went as far as to speak for the experience of women and POC in the music industry: “Women experience that in our business, too. They’ll say, ‘This young woman is the new so-and-so.’ Because in people’s minds, there can only be one person of color killing it, only one woman killing it, only one LGBTQ person killing it. Which is obviously not the case.”

They went on to “acknowledge” the lack of both racial and gender diversity at the brunch, “Tranter, the self-proclaimed ‘social justice queen of the music industry,’ pointed out that he had invited Shea Diamond, a trans artist of color, but she had to fly to New York for a last-minute event.”

This reminds me of the time the Freedom Caucus, comprised of all white men, gathered to discuss women’s health care. Too bad the one trans women artist of color these men knew wasn’t available to join the table, or apparently a writing session https://t.co/qKKoNTPNMi via @variety

This brunch illustrates a failure in white folx to hold themselves and one another accountable, clique behavior, and glaring oversight rooted in a carefree way of thinking only afforded to white cis men in this country.

Personally, I would have run away the moment whoever took this photo held up that camera. But there’s a shamelessness; a lack of fear of repercussions stemming from the systemic oppression this country was built on. Who loves the status quo more than white folx?

Part of me thinks the oversight with this group photo and gathering is a publicity stunt. So often POC are baited into defending themselves, their human rights and validity on social media by white people and brands who are just looking to make headlines and capitalize on our emotional labor. Keep it. I’ll write this take and then I will move on.

For now, y’all can keep enjoying your problematic faves like Shania Twain and Kim Petras while the songwriters working hard in the background quietly meet to exchange strategies on ways to stay complacent and subtly uphold white supremacy with their work but I’m good.

Aren’t you tired of this same old song? I sure as fuck am.

Also just for fun, here’s a list of QPOC and women singer-songwriters good enough to be considered mainstream that deserve a seat at the table and that I would surely brunch with: