Last week, Years & Years released their second studio album, Palo Santo. Out frontman Olly Alexander sings openly about his queerness on the album, and in a new interview with PAPER, the singer-songwriter says he’s grateful for the queer musicians who paved the way. Still, he’s wary of the “insidious” homophobia that festers within the industry today.

With so many out queer mainstream artists nowadays (Hayley Kiyoko, Kehlani, Troye Sivan, Sam Smith), it’s clear we’re making progress for LGBTQ representation in pop music — or rather, we’re afforded more opportunities to express brazen queerness in pop music. And Alexander, the 27-year old from Harrogate, England, wants to contribute to this wave of gay pop music — but he admits the fight is far from over.

“In many ways, this is the very best time to be a gay artist ever,” he told PAPER. “We wouldn’t be where we are today without all the gay artists that have come before us and broken down so many barriers. But barriers aren’t gone. Particularly for less privileged members of the queer community. There is this very insidious casual homophobia that exists in the fabric of everything including the music industry.” 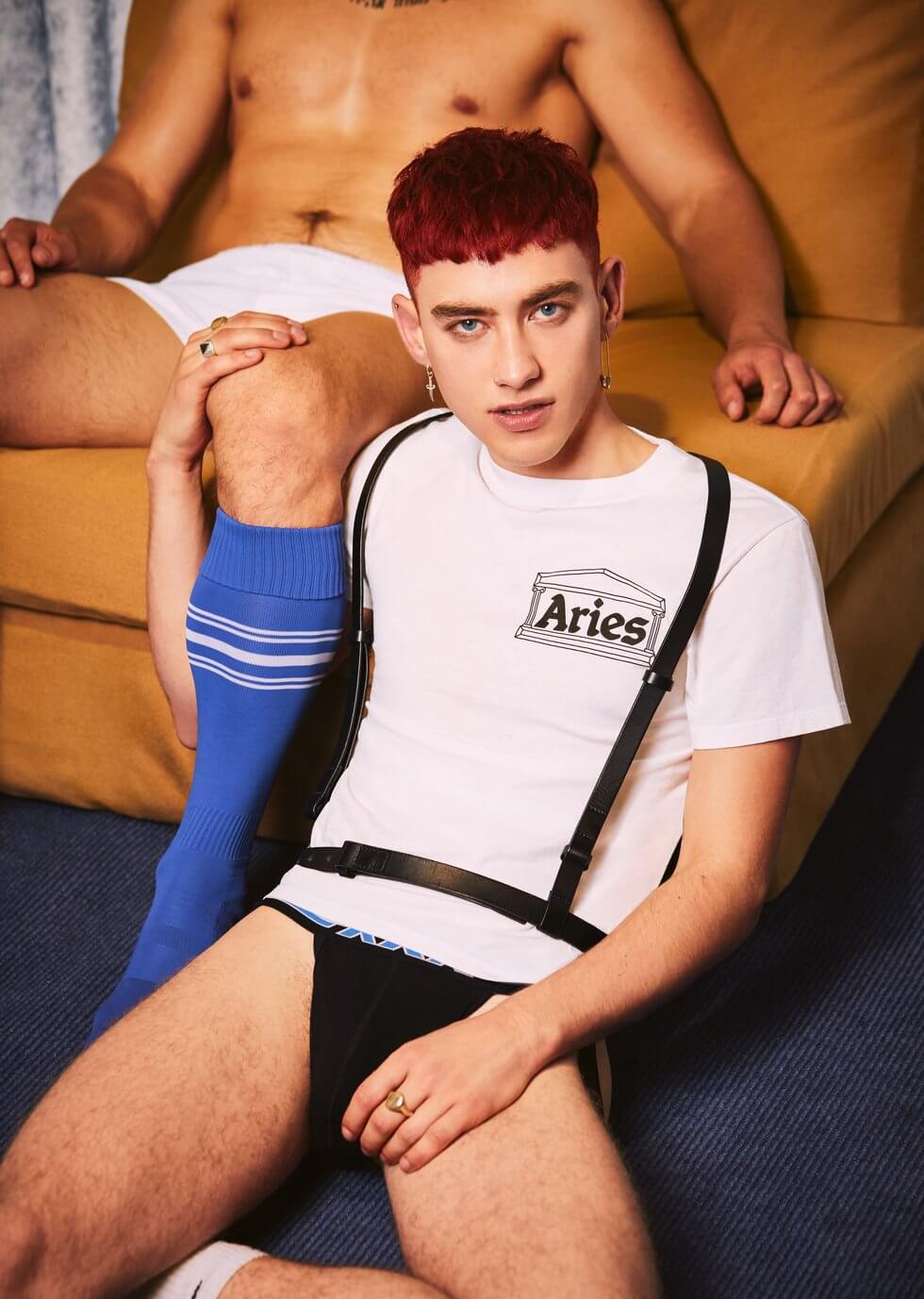 The British front-man adorned the cover of PAPER this month, donning a skimpy Versace thong. Obviously, he’s not hiding. He’s actually doing quite the opposite, and it’s brilliant to see a gay man performing sexuality and gender to whatever extreme he so chooses. Still, he wonders when gay artists will truly be afforded the same opportunities as mega-stars.

“When are we going to see a gay artist really thrive and succeed? Selling out arenas, hitting number ones,” he asked. “I guess that kind of happened with Sam Smith, but I just think from my personal experience, the amount of comments like, ‘Oh, this is very gay’ or, ‘This is going to turn some people off’ is a real problem.”

Hayley Kiyoko has reported similar experiences with homophobia in the music industry, telling Refinery29 that a music exec once asked her, “You’re doing another music video about girls?” She was quick to point out that “Taylor Swift sings about men in every single song and video, and no one complains that she’s unoriginal.”

Like Kiyoko’s Expectations, Olly admits that his latest release, Palo Santo, is undoubtedly a part of his own personal “gay agenda.”

“I would hesitate to say, ‘Yes, I’m engineering this brave new frontier of queer music to infiltrate the masses with my gay agenda,’” he quipped, “But that’s kind of what I want to do and has always been one of my goals. Now seems like the right time.”