Writer, director, and actor Penny Marshall has died at the age of 75. While anyone who has ever enjoyed her work is now suffering a great loss, queer women, in particular, will be missing a longtime ally.

Most famous for her 1992 all-star comedy A League of Her Own, Marshall’s take on the real-life all-women’s baseball league of the 1950s put a large ensemble cast of largely women at the center. Geena Davis, Madonna, Lori Petty, and Tom Hanks joined now openly gay actresses Rosie O’Donnell, Megan Cavanagh, and Anne Ramsay in the beloved feminist story. (In attendance at the premiere: Melissa Etheridge, as well as a drag queen named Queerdonna.)

Marshall’s other work as a director includes several episodes of Laverne & Shirley, of which she was one of the stars; Jumpin’ Jack Flash, starring Whoopi Goldberg; Big, her first film with Hanks; Renaissance Man; The Preacher’s Wife, with Whitney Houston; Riding in Cars with Boys; and select episodes of The United States of Tara and According to Jim. She also helmed a forthcoming documentary about Dennis Rodman titled Rodman.

Marshall worked as an actor for most of her life, stealing scenes with her specific knack for high-comedy in historic series like Happy Days, The Mary Tyler Moore Show, The Odd Couple, and Mork & Mindy, a sister show to Laverne & Shirley. She would often pop up with guest appearances on friends’ shows or for special appearances on the likes of Frasier, The Simpsons, and Entourage, where she played a hilarious and heightened version of herself.  She sometimes stopped by SNL, and later, Fred Armisen would lovingly spoof Marshall. 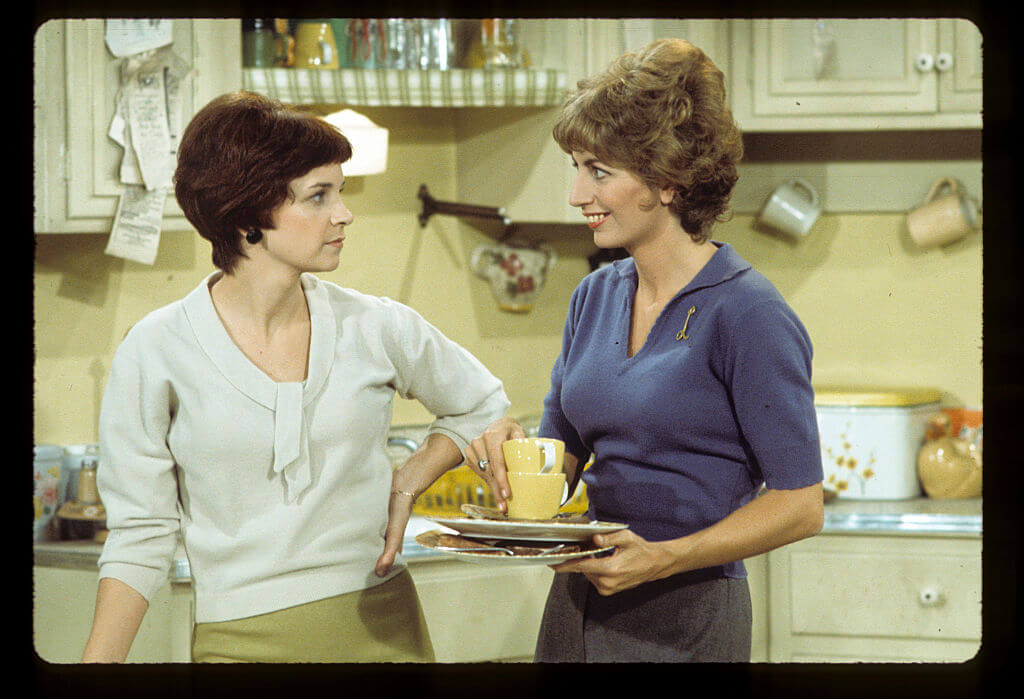 Although she was married to men twice and had one daughter, Tracy, late-in-life lesbian rumors swirled about Marshall, most of which she seemed to take as a compliment. (Often, she was said to have been involved with the late Carrie Fisher, a close friend. In 2002, Fisher told Out she had a National Enquirer piece about the rumored relationship hanging on her fridge along with the quote: “We’re not lesbians, we’re loonies!”) 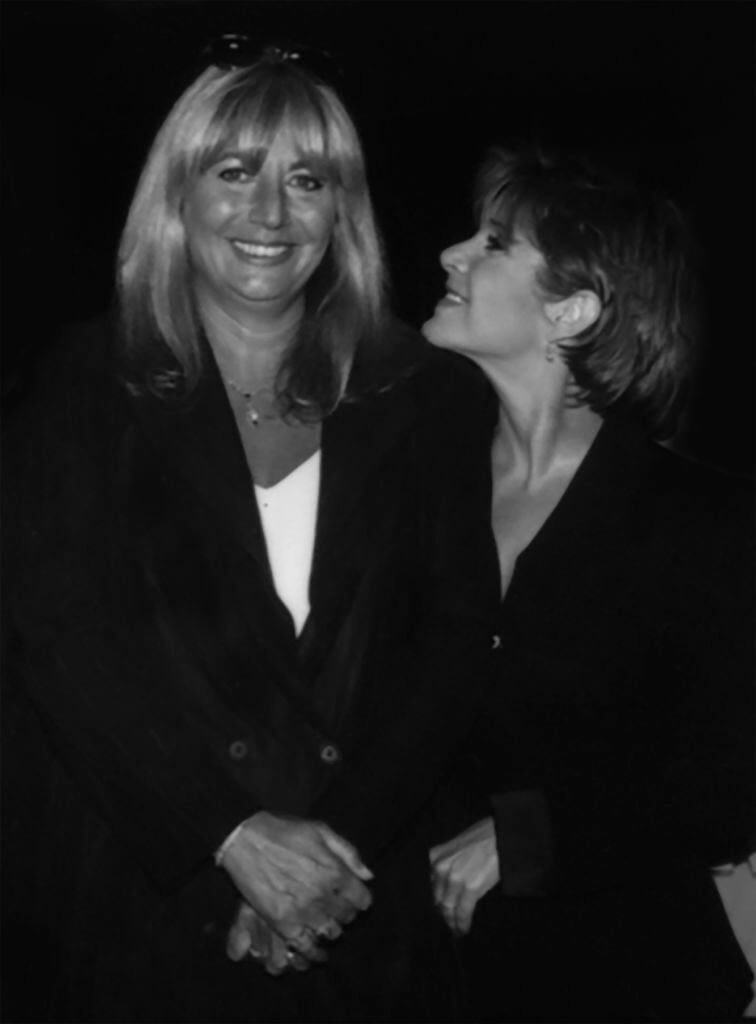 A role as Lorraine Bracco’s partner on the short-lived show Mulaney could have been a wink to those who were hopeful, or simply a nod to her LGBTQ fans, to whom she always showed support.

A League of Their Own didn’t have any explicit lesbianism, but the relationships between the women were enough to pass the Bechdel Test and then some. The added bonus of women playing sports and queer actresses playing parts based on real queer athletes reached out to an underserved audience looking for any hint of representation on screen, and Marshall’s take expertly exhibited the intricacies and emotions of the central characters who had much larger problems and concerns than any men they took as lovers (or left as husbands back home). It also helped that to get parts in the film, the actors had to be able to play baseball, something Marshall and O’Donnell spoke about on O’Donnell’s OWN talk show in 2012.

A few decades prior, Laverne and Shirley were often read as lesbians by queer women looking for any kind of visibility on TV. Their close friendship could pass for a Boston marriage at times, especially when the roommates aired their grievances about men. Then there was the kiss they shared before they assumed they’d be going down in a plane crash.

Marshall, along with her late brother Garry Marshall, created pieces of beloved pop culture that were somehow able to speak to several eras of Americans. In her 2012 memoir My Mother Was Nuts, she fondly recalls performing with her mom in the Village for what was “a party of lesbians,” she writes. 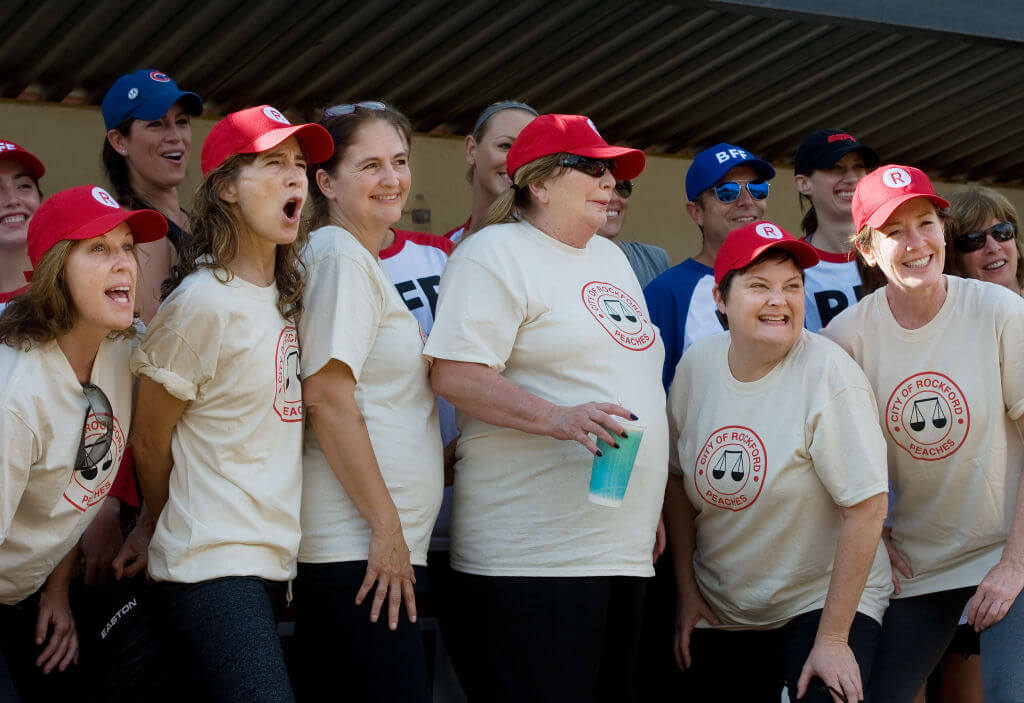 “My mother ushered us through a club full of women, whispering to us, ‘Keep close. Keep close,'” she said, later writing: “But I don’t think my mother cared who was in the audience as long as we got to perform.”

O’Donnell and Marshall maintained a close friendship, and the former celebrated her friend with a sweet tweet today that included a 1996 Kmart commercial they starred in during the height of O’Donnell’s talk show fame. “Simply heartbroken. #RIPPenny,” the comic wrote.

The ad was one of a few that year, another of which had the two looking for a tennis bracelet. As Advertising Age once noted:

Now tennis is sort of a stereotypical lesbian sport, with Martina Navratilova and that sort of thing, and some other historic stars who are lesbian, and they’re looking at it and Penny says–this is sort of the K-mart line–“K-Mart, who knew?” and Rosie says “I knew,” and she goes “You never said anything,” and then Rosie says “There are lots of things I don’t tell you.” Then Penny says, “What, that thing from last year?” and so it just leaves the viewer going “Well, what is that about, what are they talking about?”

Rip Penny Marshall. She and Carrie Fisher had the biggest, craziest double birthday parties every year back in the 80’s. One year Penny’s house had been robbed a week before so she spent the party carrying around the silent alarm in her hand. Can’t believe they’re both gone now.

Marshall may not have been queer, but some of her best work will always be hailed by the queer community — especially women — who saw her as a much-needed ally inside the Hollywood machine. She will be dearly missed, but never forgotten.