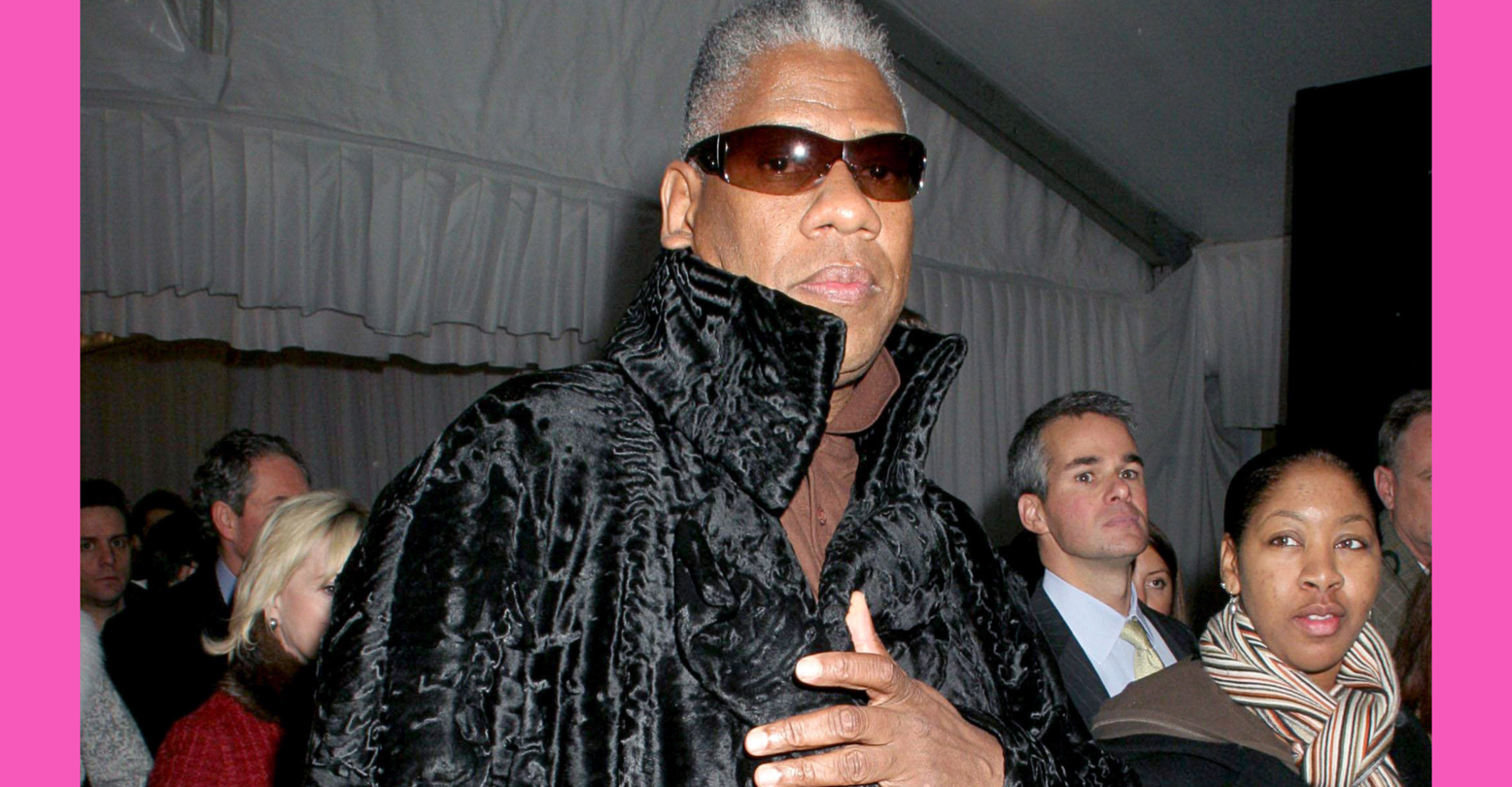 The incomparable, untouchable, indescribable André Leon Talley passed away yesterday at the age of 73.

Talley is most recognized as a former Editor-At-Large and Creative Director at Vogue, but he lived in style before, during, and afterwards his time there, in spite of his seemingly torturous relationship with the magazine and its longtime leader, Anna Wintour.

Talley once famously said, “I don’t live for fashion. I live for beauty and style,” before reimagining a famed anonymous saying: “Fashion is fleeting, style remains.”

While Talley is being memorialized as an icon of fashion, and rightfully so, he embodied an innovative form of style. Despite the sometimes highly-publicized troubles he dealt with throughout his life, he never once did not display exquisite, grandeur style for the world to marvel at.

Talley’s style wasn’t restricted to his wardrobe or physical items either. His descriptive, adjective-and-alliteration-laden approach to criticism and journalism remains revolutionary and unmatched. Whether written — in print on the pages of Vogue, the New York Times, Women’s Wear Daily or digital newsletters such as Air Mail, which was first to announce his passing — or spoken, as he did from multiple seasons as a judge on America’s Next Top Model to guest appearances at The Met Gala, alongside friend Wendy Williams on radio and TV, and multiple documentaries — the best gift Talley gave most, or any of us, was saying something.

He was a true wordsmith, if no other.

Born in Washington D.C., Talley personified Black southern royalty after living in North Carolina for much of his life, beginning in his childhood when he was being raised by his grandmother, a custodian worker at Duke University. Talley went on to become one of the most esteemed alumni from North Carolina Central University and study at Brown University in Rhode Island.

Talley would become an unpaid intern at Vogue starting in the 1970s, bringing him to New York and making him acquaintances with the likes of Andy Warhol (who he would go to work for next), Manolo Bahnik, Karl Lagerfeld and countless other Studio 54-era legends and 5th Avenue royalty figures.

He fell in love with the French language and culture, and like James Baldwin, Josephine Baker, and many other African-Americans — especially of his generation — Talley would move to Paris as a correspondent for WWD and fell in love with the city synonymous to the rest of the world with romance.

He would return to Vogue, serving as Fashion News Director, Creative Director, and Editor-At-Large during his on-and-off 30 year tenure at the magazine — and despite his later public issues with Editor-in-Chief Anna Wintour, he would appear in the magazine for years after, leaving an indelible mark on it and all institutions of fashion and media.

Much of his career, and his struggles through relationships, financial hardships, and racism in media were detailed in his two memoirs and the 2018 documentary The Gospel According to André. Like many Black and queer people in media, Talley did not enjoy the same pay, respect, or recognition from many of his contemporaries, and it stuck with him through much of his later life, including a period where a GoFundMe was started to prevent him from losing his home (an effort Talley later said that while he appreciated it, it was “completely unnecessary.”)

Talley had every right, and many an opportunity, to throw back the years of traumatic events, disrespect, and injustices he endured in one of the most volatile industries known to life. But while he didn’t shy away from it, he never stooped to their level, and never strayed from the fashion.

Famously, Talley never identified as gay and rejected the term. He told Wendy Williams on her eponymous show in 2018, “No, I’m not heterosexual; I’m saying I’m fluid in my sexuality, darling.” Despite wide assumptions that he was (Out named him one of the “50 Most Powerful Gay Men and Women in America” in 2007), he often spoke about the lack of love he experienced in his life, and that the few times he did were with women.

“Love must be kind, and it must be a two-way street,” he wrote in his second memoir, The Chiffon Trenches. “Loyalty between two persons in an alliance of true friendship is a noble human endeavor. In true friendship, a human being finds strength. Good times or bad; the highest peak or the lowest valley in one’s life.”

In the documentary, Talley said, “Listen, I have no love life. There is no such thing as a love life. I never had a love life. I was busy doing my career. That is the flaw in my life that is there: I never have fallen in love or experienced love.” Instead, he “kept loving the world I was in.”

Nonetheless, Talley did not shy away from his status as a queer icon and his fluid identity, saying that while he worked as editor-at-large of Numéro Russia in 2013, the country’s anti-LGBTQ laws “impacted” him and were “one of my reason(s) for departing.” He was a deity in the ballroom community and hosted balls on several occasions.

Xtra Magazine Editor-At-Large Tre’vell Anderson, whom Talley once referred to as someone who is “going to be André Leon Talley one day,” said on Twitter: “Talley leaves behind a complicated legacy. Yet I, and so many others, owe so much to him… A big Black man born the grandchild of a sharecropper, raised in the [segregated] South and constantly inspired by his grandmother and the black church… grew up to become one of the most powerful people in fashion at one time. What a journey.”

Just a bit of the love Talley deserved came pouring out today from around the world — while late from Vogue and others in the fleeting fashion world, immediate and tearjerkingly emotional from those who knew, Talley never strayed from style.

Fashion lost another giant today. André Leon Talley, thank you for your groundbreaking work that has inspired so many of us. Your legacy will live on forever. RIP 🤍🕊 pic.twitter.com/zSu03DYGjG

He lived a million lifetimes.

And influenced a million fashionistas.

Legendary doesn’t even begin to explain it.

André Leon Talley proved to a generation of queer Black kids that a different world could be possible. A huge loss but those lessons will be around forever.

It was a honor to pay tribute to him this morning on MJ. https://t.co/S8X7BZCEHj

André Leon Talley made it possible for so many Black queer boys and men to express ourselves out loud. No reservations.

A legend. An icon.

May he rest in peace and power knowing that he paved the way for many people who looked up to him. ♥️🥺

André Leon Talley leaves behind a complicated legacy. Yet I, and so many others, owe so much to him.

I cried an ugly cry last night, reading the news that he died. My texts and DMs were/are flooded by folks expressing condolences. Which made the crying worse lol

What brings me back to my center is that I had the chance, on multiple occasions, to tell André Leon Talley what he meant to me. I’m grateful for those opportunities.

I am because he was. Quite literally. 🙏🏿 pic.twitter.com/dxMHHHbIzR