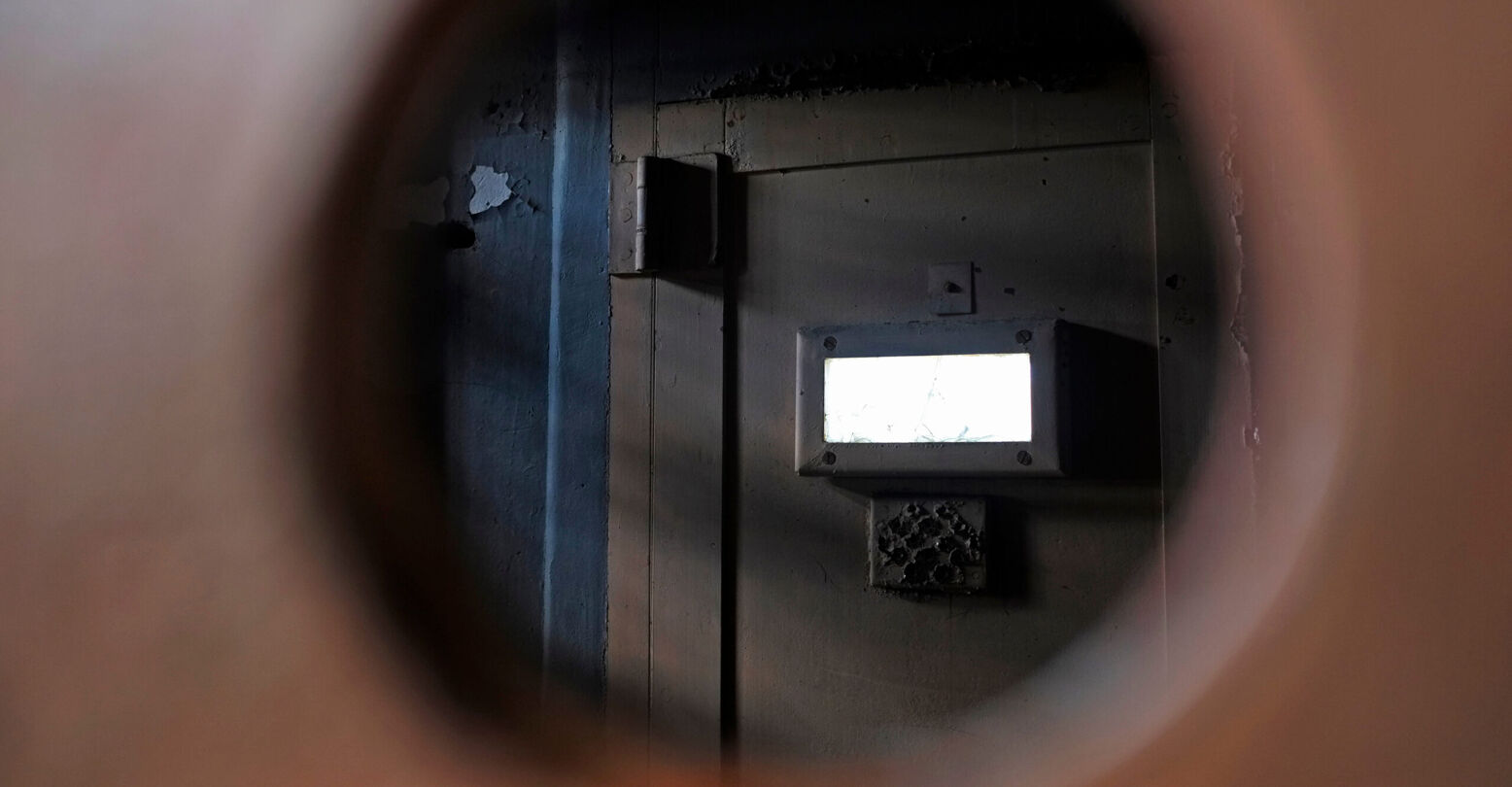 Jessica Phoenix Sylvia is a trans woman who has experienced solitary confinement. This is her story of learning and advocating. 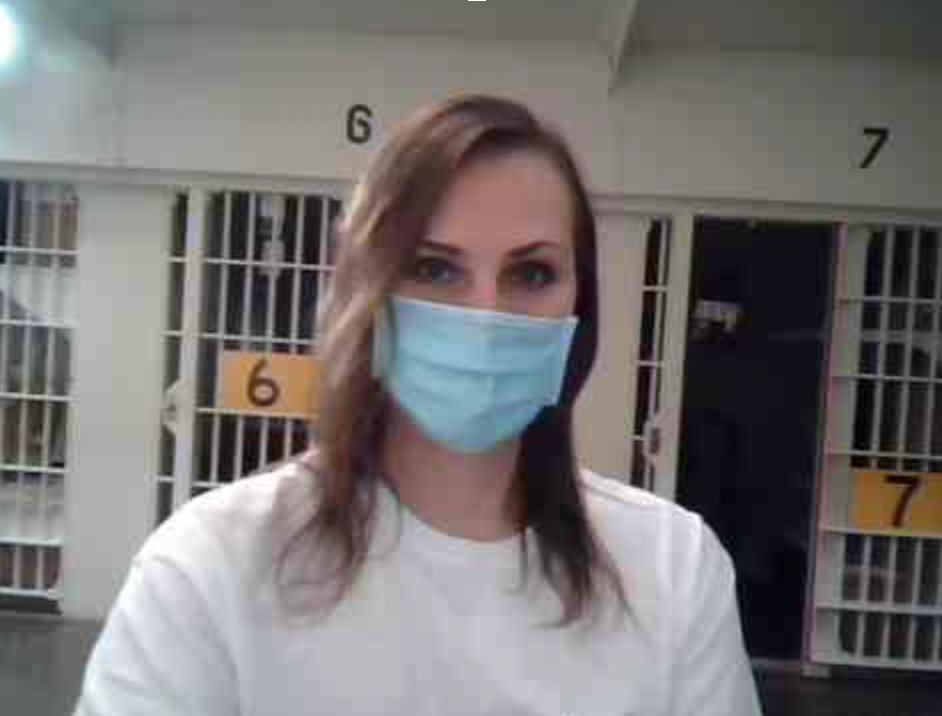 Jessica Phoenix Sylvia at a Washington State prison where she was isolated in solitary confinement. Source: Emily Nonko

An estimated 4,890 transgender people are incarcerated across the United States. Federal law requires prisons to evaluate where to house them but a 2020 NBC report found that only 15 were assigned to facilities based on their lived gender identity.

The vast majority are placed by the gender assigned at birth, leaving them vulnerable to misgendering, harassment and violence.

Identifying the need for trans individuals and other incarcerated people to express themselves authentically and connect with allies, journalist Emily Nonko worked with Rahsaan Thomas, who is incarcerated at San Quentin State Prison and co-host of the podcast Ear Hustle, to launch Empowerment Avenue, which supports incarcerated writers to publish stories that humanize their experiences.

Empowerment Avenue connects editors and authors with incarcerated writers to publish their stories. Since June 2020, over 100 stories by Empowerment Avenue participants have appeared in publications like The Washington Post, The New Republic, and Elle.

One of the most passionate writers in the program is Jessica Phoenix Sylvia, a trans woman serving a 242-month sentence at the Washington Corrections Center Her work has appeared in Them, Truth Out and Q Digital’s own INTO. 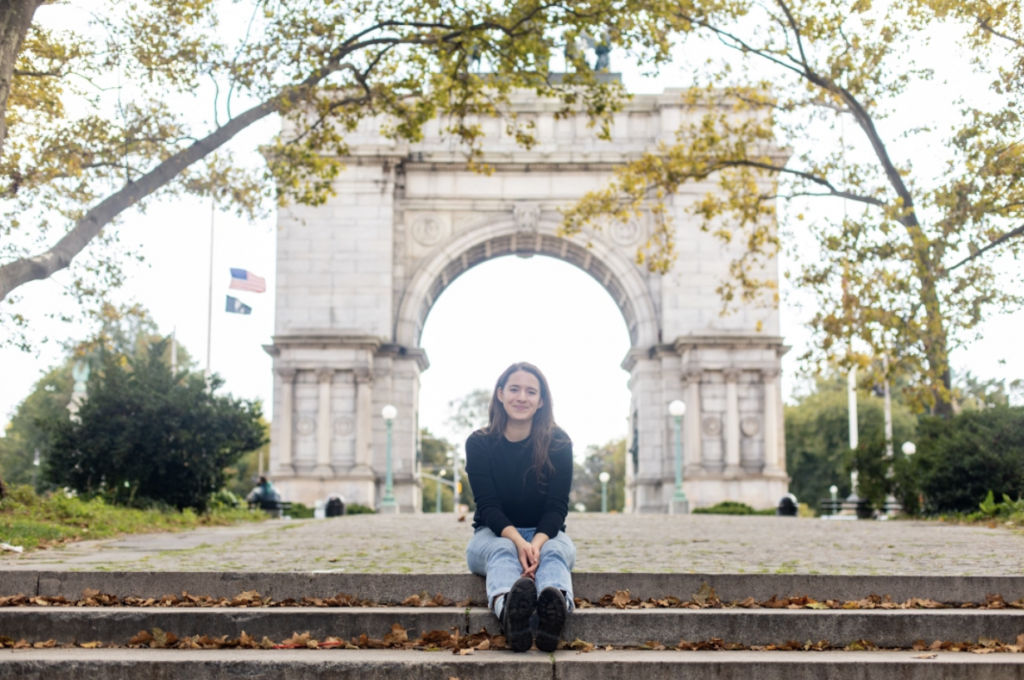 In two conversations with Nonko, Sylvia discussed the challenges of being trans while incarcerated and the power of writing, reading and collective action to affect real change.

Emily Nonko: What was life like before you were incarcerated?

Sylvia: I was kicked out of my house at 17 for being trans. I was homeless, living out of a car with three other girls, trying to survive living on the streets.

After the beatdown that I got from the world as a transgender person, and feeling abandoned and absolutely betrayed, I tried making myself not trans because I couldn’t find my space in the world. I struggled with drug abuse, trying to numb my pain.

Nonko: What was it like entering prison as a trans woman?

Sylvia: One time, not long after I entered, a large man approached me wanting sex, and I declined. At that time, these two men who had been watching this play out approached me and said, “Well, you know, he’s a pretty big guy. What if he doesn’t want to take no for an answer?”

I was shocked and dumbfounded. And they looked at me and said, “You better learn to f**k, or learn to fight,” and then they laughed and walked away.

As a survival tactic, I decided to not be trans, try to blend in as the other males. I grew some facial hair and tried to put on some weight.

Nonko: What’s your experience been in the judicial system?

Sylvia: Angela Davis has talked about how prison itself is a gendering apparatus. Generally, what happens is there’s this false dichotomy in the whole “males go over here, and women go over there” mindset.

They looked at me and said, “You better learn to f**k, or learn to fight,” and then they laughed and walked away.

There’s some great work being done to make sure that a person’s genitalia is not the sole factor in determining where they are placed. But what I see on paper in the reforms and what I see actually happening are two different things. There’s a huge disconnect between the folks in the offices crafting policy and the correctional facilities that are actually implementing it.

Nonko: Where do you find support for yourself and your cause?

Sylvia: I find it in education, with the College Behind Bars program — both in taking classes and taking on a leadership role. There are a lot of folks there who are more sensitive about humanizing trans people.

When folks are coming in and building relationships and making space for trans folks and for prisoners — for everyone, really — I think that there’s a humanizing thing that begins to take place. People who are fearless and open to building a relationship with someone who’s incarcerated are really important.

Nonko: What steps can we on the outside take to help transgender people who are incarcerated?

Sylvia: Prisons, by nature, obstruct human development because everything is about safety and security. Anything that gets in the way of that as prisons are currently constituted isn’t welcome — the desire is to control and dominate, not liberate.

We need to develop programs for trans prisoners and work with police and correctional staff to sort of gently step aside and allow us to do the work that we need to do in these spaces. It’s a complicated situation where we depend on the staff to get in and do the work, but then we don’t want them to interfere.

Nonko: Are there more short-term solutions that can address the day-to-day safety and well-being of trans folks who are incarcerated?

Sylvia: Abolition is something we can practice in our daily lives in many different ways, not just apply it to prison as a whole. I try to transform the world through positive, creative energy.

I’ll just give you an example: Today in chemical dependency class they wanted to play Hangman, and I asked if we could play a different game because there’s a racist history of hanging people in this country — it makes Hangman a very offensive and sadistic game.

That’s just an example of abolition at the moment and how we can work together to maybe send a better message. A small but important thing to make a difference.

Nonko: What is commonly misunderstood about the prison system?

Sylvia: There are those nonviolent offenders who really aren’t a threat who get locked up for these crazy, long sentences. And quite often, it’s women of color who get the longer sentences. Quite often, it’s trans and gender-nonconforming and other vulnerable people who just are swept under the rug or just moved along in the system and given these long sentences. It’s not producing safety for anyone.

Abolition is something we can practice in our daily lives in many different ways, not just apply it to prison as a whole.

If what we think of as “safety” is holding people accountable and finding out what the heck is going wrong and why it’s happening, then actually, and this is just a revolutionary thing, just think of this: What if we could just ask survivors, “What is it that you need?” Instead of just harming the person who committed a crime, what if we actually asked the survivors, “What is it that you need?” and finding out what that is.

Nonko: You’re in solitary confinement, and that’s why we’re doing this call for the interview. You don’t have access to your JPay tablet, which you use for writing. What is it like day to day, navigating this kind of confinement?

Sylvia: I actually had almost a complete breakdown and I’ve been denied medical care. I was supposed to see a surgeon on September 13 about a scheduled gender-affirming surgery. But it didn’t happen, I was told, because someone wrote the wrong time down. That can delay an appointment for months.

Also, no one has been able to get razors for weeks. We’ve actually got a trans woman on suicide watch.

They’ve refused to schedule attorney calls for trans prisoners and changed the process without telling us. It’s torturous, and it’s driving us crazy. 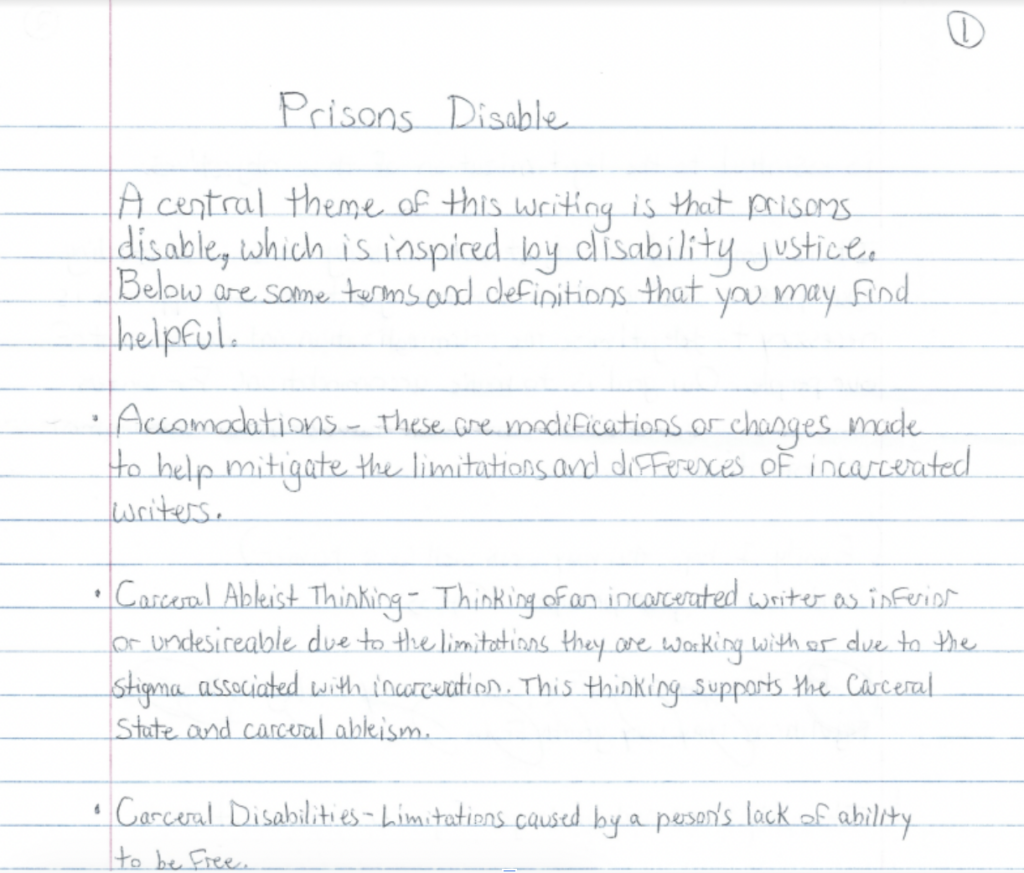 Jessica’s notes form the basis of her articles. Courtesy of Jessica Phoenix Sylvia

Nonko: Have you been able to keep up your writing?

Sylvia: They give us pens that don’t write — these little three-to four-inch cartridges have this little flimsy rubber tube around them. They’re not real pens, built that way so that we can’t stab anyone.
Unfortunately, we also can’t use them to write, which is sort of the purpose of a pen.

And the staff know that they don’t write, but they keep supplying us with them anyway. So not only can I not publish, but I can’t even write down my thoughts, I can’t write letters, I can’t journal.

Nonko: You also don’t have access to your JPay tablet, which is a source of connectivity, a way to write.

Sylvia: I am about to be released in six months, and I’m being torn away from any way to communicate with my family. Ultimately, I think it makes communities less safe, not more.

Nonko: As someone nearing release, what do you think transgender incarcerated folks need as they prepare to return to the larger world?

Sylvia: Securing housing is generally difficult for anyone who has been incarcerated, but it’s more difficult for transgender people.

In Washington State, a trans woman who was my best friend was released to a group home, and they immediately told her to start acting like a man and cut off her hair. It’s not just the housing you have to worry about, but who you share a room with.

The second thing is the intense amount of supervision and surveillance post-release adds to your burden in trying to succeed outside. If a person was having a difficult time before they came to prison, well, now they have to do it with all these extra restrictions — some of which may actually take them away from their support networks.

Nonko: What are your plans for your next phase in life?

Sylvia: Being in prison for the last 18 years has damaged my life skills. I need to get out and just sort of focus on rebuilding life skills. Even something like using a phone — before I was incarcerated, smartphones weren’t actually a thing.

And so for me learning how to use even, say, Google Docs on a computer, and actually being able to work with editors and use technology, all those things are life skills I need to build.

After that, I want to figure out exactly what type of work I’m going to pursue. I have some ideas — I definitely plan on being busy in the LGBTQ community.

Other than that, I’m hoping I can get some of the support that I need to take care of myself and learn to enjoy life again. Because maybe my feelings have been somewhat blunted.

So I need to welcome people into my life again. I don’t need self-care, I need collective care. I need other people to help me to learn about myself again and to learn to love myself and others again.♦

Daniel Villarreal contributed to this article. The interview was edited for clarity.