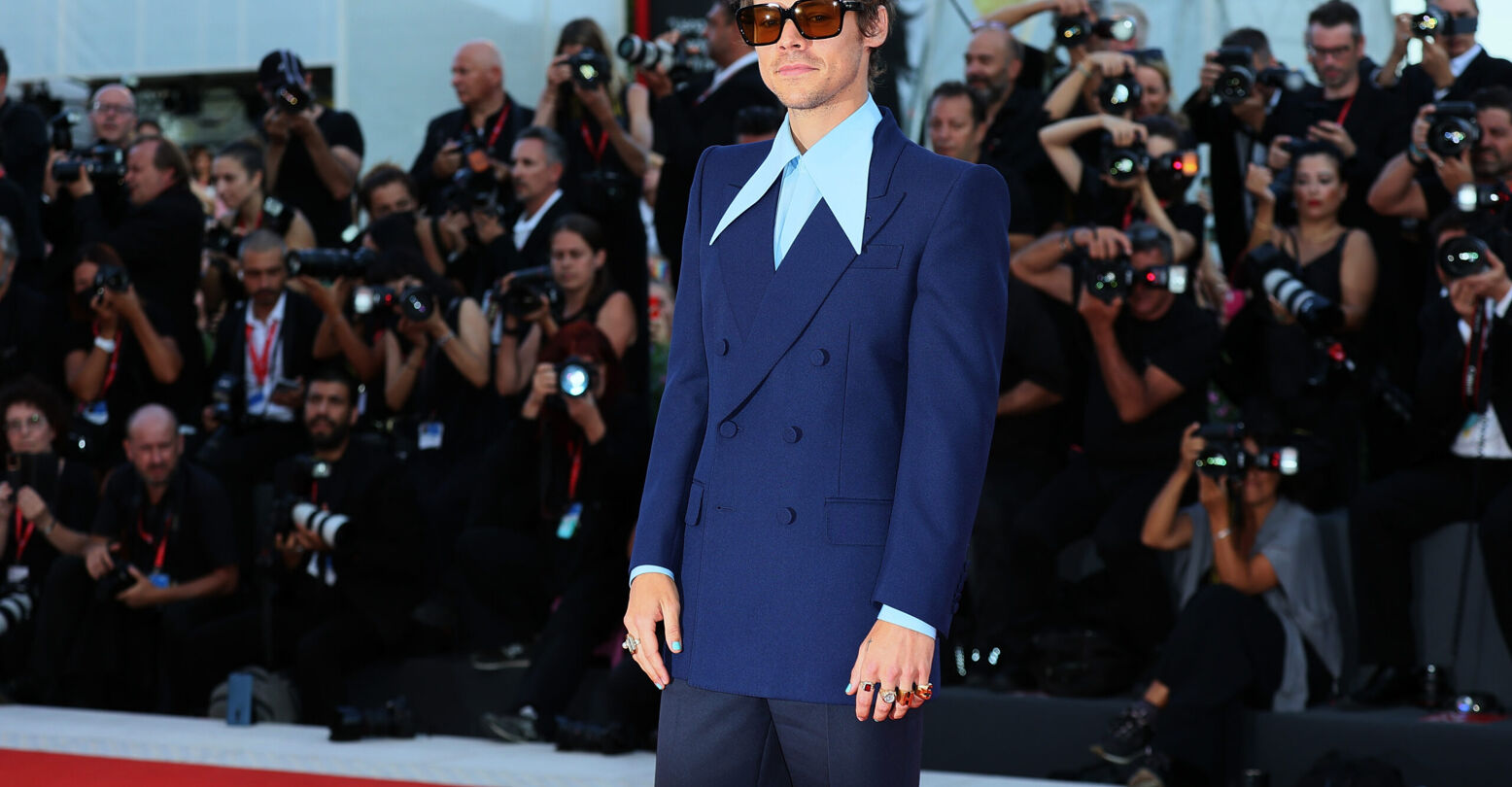 Don’t Worry Darling is an upcoming Olivia Wilde film that has been attended by drama and rumors of feuds throughout its production, and all of that came to a head during its Venice Film Festival premiere. The internet is now in an uproar over the film’s lead, Harry Styles, after he kissed Nick Kroll and allegedly spit on Chris Pine.

For those who have not been keeping up with all of the behind-the-scenes drama, it all began in 2020. First, Shia LaBeouf was cast and later dropped from the film (and subsequently sued by two of his exes for “relentless abuse” and sexual battery). Styles replaced LaBeouf and was soon spotted holding hands with director Wilde. Months later, Wilde was served custody papers from her ex, Jason Sudekis, in the middle of filming. After this, rumors emerged of a feud between Wilde and star Florence Pugh. The rumors alleged Pugh was being paid three times less than Styles, which Wilde has vehemently denied. Throughout all of this, Chris Pine has remained largely silent and out of the headlines.

Much of these controversies centered around Wilde, some would argue unfairly so. Fran Hoepfner wrote, “She’s getting hit at every turn, shouldering a relentless and misogynistic scolding for the type of otherwise rote Hollywood interactions that other filmmakers face with no fanfare.” But at the film’s premiere at the Venice Film Festival this week, Styles became the focus of attention.

And at the red carpet before this, fans were clocking some serious chemistry between Kroll and Styles.

Harry Styles and Nick Kroll at the world premiere of DON’T WORRY DARLING in Venice. pic.twitter.com/UhmlkC3LMi

The dynamic between Styles and Pine, however, was apparently less cute. During a press conference, Pine appears bored while Styles is talking. This has quickly become a meme, with the actor escaping to his happy place while Styles is saying “My favorite thing about the movie is that it feels…like a movie.”

Olivia Wilde: Florence Pugh is a force. When you watch this film, you’re gonna say “That’s Florence Pugh”
Harry Styles: I’m not an actor, I am an actor, you know?
Chris Pine: *Astral projecting to the Swiss Alps*

And finally, what has been dubbed “Spitgate” happened. As Styles is taking his seat, he appears to spit onto Pine’s lap. At that same moment, Pine pauses mid-clap, looking down. He picks up a pair of sunglasses from his lap, smiles and resumes clapping with everyone else. It is unlikely that Styles actually spat on Pine on live TV, but that hasn’t stopped the internet’s best detectives from taking on the case.

The TL right now trying to figure out the truth behind the Harry Styles/Chris Pine Spit-Gate: pic.twitter.com/RO9yFaNM2K

Years from now, people will ask each other “where were you the night Harry Styles spat on Chris Pine”

Why would Styles spit on Pines? Who honestly knows. Some have theorized that Pines took Pugh’s side in the alleged Wilde-Pugh feud. But with all of the controversy (rumored or not) that has happened so far, you could almost supply any motivation you want—if you believe the spit actually happened in the first place.

One thing is certain: Don’t Worry Darling has already delivered a great deal of entertainment ahead of its general release on September 23.