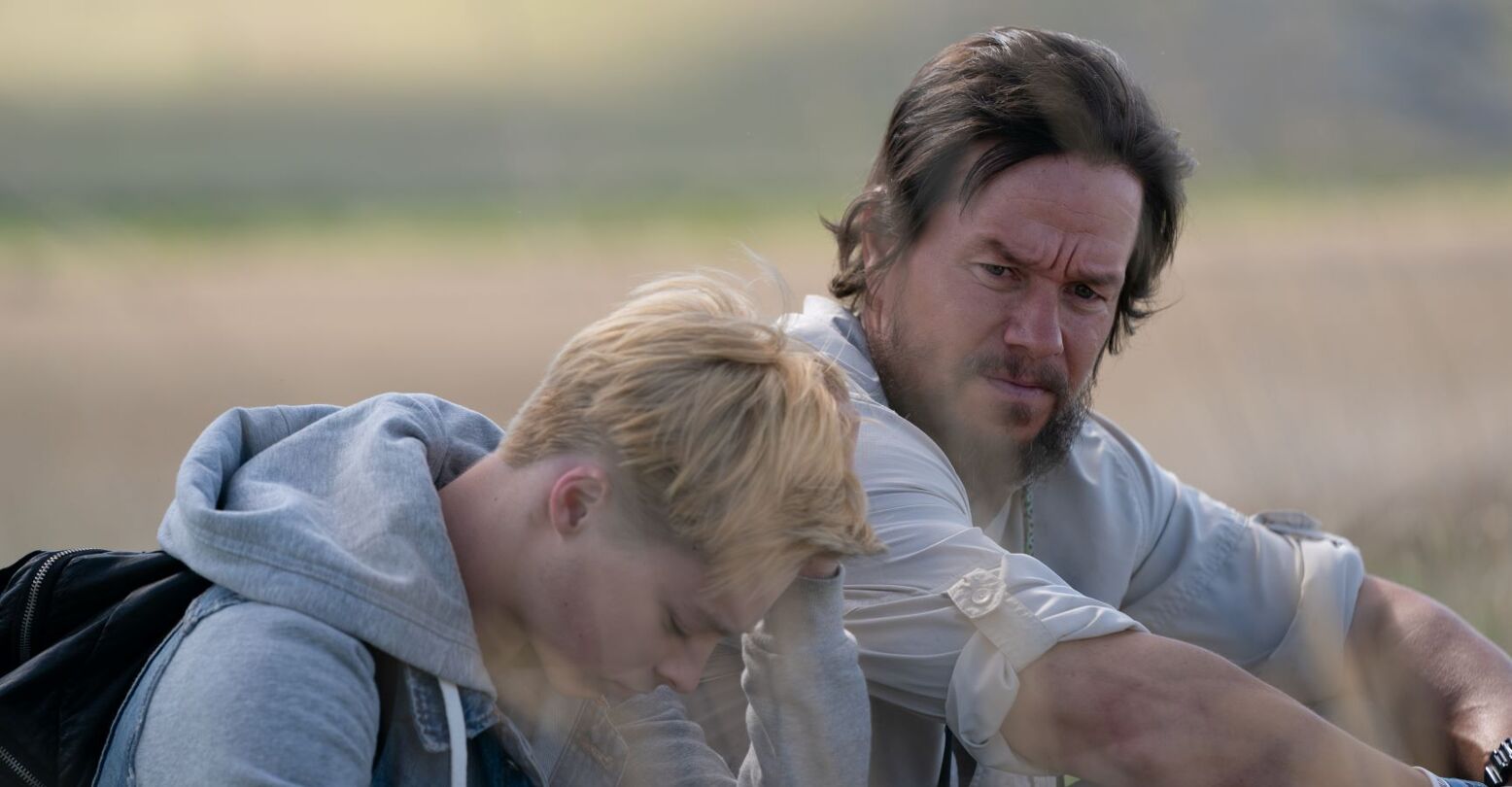 Joe Bell is a movie about a man walking to raise awareness for bullying. The life of his son Jadin is shown to us in brief flashes, complete with every single cliche you can imagine from the playbook of films about tortured gay souls. But the priority of the film is Joe’s walk. At first, his son is with him, strolling along and having vapid discussions (one of which culminates in one of the most egregious uses of Lady Gaga’s “Born This Way” of all time.) About forty minutes into the movie, after a Dolly Parton impersonator jokes that Joe should have brought his gay son out to the bar to enjoy a good show, Joe drops a reveal: “My son is dead.”

To simply call the scene insulting would be the understatement of the century. It isn’t just that Mark Wahlberg, who stars as Joe Bell, has literally committed various hate crimes and was “creeped out” by the Brokeback Mountain script (coincidentally penned by the writers of this film, Diana Ossana and Larry McMurtry). It isn’t just that the camera and script have both been outright lying to the viewer for half the film for the sake of a dead gay son reveal. It isn’t even that the scene is embarrassingly bookended by a Cher impersonator lip-syncing to “Song For The Lonely” and the aforementioned Parton one lip-syncing “Put A Little Love In Your Heart,” in case the themes of the film weren’t already painfully obvious. What’s most offensive is that, once again, a movie about “gay acceptance”, or “gay tolerance”, or whatever the fuck you want to call it, is all about a straight man.

In his excellent graduate thesis, Robb James Bruce coined the term “straight benevolence” to refer to the “seemingly supportive and progressive attitude by people presented as heterosexuals toward those constructed as gay.” It’s a perfect term for the way contemporary culture centers straight people when telling the stories of queer folks, being positioned as something of a savior with the focus being on how those individuals grow emotionally while their supporting queer suffers. To boot, these queer characters are often stereotypes rather than fully formed individuals; just ragdolls to be tortured or killed for the sake of the straight protagonist to get a pat on the back for learning to be a better person.

What’s most offensive here is that, once again, a movie about “gay acceptance”, or “gay tolerance”, or whatever the fuck you want to call it, is all about a straight man.

This is a pervasive attitude not just in film—with Dallas Buyers Club having its raging homophobe become a straight savior while The Danish Girl inevitably becomes more preoccupied with how Alicia Vikander’s cis character, Gerda Wegener, felt about her partner’s transition and demise—but in the culture at large. It’s why Macklemore is celebrated for “Same Love” and straight celebrities who participated in “It Gets Better” and “No H8” campaigns are applauded for doing the bare minimum. It’s why James Franco was taken seriously when he joked about his sexuality and noted that he could “show the gay community that many of the things about themselves that they are giving up to join the straight community are actually valuable and beautiful.”

Reinaldo Marcus Green’s Joe Bell is this kind of film through and through. It’s stuck in that early 2010s mentality that “tolerance” is the endgame for queer people, with Joe’s walk being entirely self-serving. Each of Bell’s stops to talk about bullying feel worthless. Every time the film even considers criticizing Bell for what he’s doing, exploiting the memory of his son so that he can feel better about being part of the cause of his suicide, it backpedals immediately for fear of noting the truth. When Wahlberg blankly stares off into the distance and says, “I mean Jadin’s being gay all about Joe Bell – about me,” there’s no self-awareness. That Ossana and McMurtry even created a benevolent cop—with his own gay son that he had trouble accepting, to assuage Bell’s tortured conscience and remind him that he’s a good person—only makes it worse.

Every time the film even considers criticizing Bell for what he’s doing, it backpedals immediately for fear of noting the truth.

Even Jadin’s suicide doesn’t belong to him. Instead, the film leads up to it by weirdly blaming the mother of a friend for not picking him up when he needed someone to talk to and closing by becoming all about his mother reacting to finding out he killed himself. For the film to place emphasis on his parents, with Connie Britton’s performance a perpetual daze that feels like she’s been downing painkillers to make it through the entire shoot, is just an especially cruel touch. In fact, the only time we see Jadin after this is in forgiving his father with an “I love you” and then joining him in a wheat field meant to symbolize heaven when his father dies, killed off-screen by a sleeping driver.

The problem is that it is a film about dealing with guilt in which not a single character seems to actually feel or process guilt.

That Joe Bell offers its protagonist redemption isn’t the problem. The problem is that it is a film about dealing with guilt in which not a single character seems to actually feel or process guilt. It’s so aligned with Bell, consistently trying to make him a sympathetic figure, that it doesn’t realize how much it sidelines the person who is the reason for all this. It pushes aside Jadin’s story, only returning to it whenever the film wants to lean hard into misery porn and its basic coming-of-age gay drama beats, in favor of celebrating a man who was ultimately an asshole that only cared about his gay son once he was dead.

It’s the kind of film I’d call evil in spite of clearly being marketed to and made by “well-intentioned” straight people. Joe Bell solely exists to remind its target audience that everything will be okay as long as they have some semblance of regret for the harm they inflict. And, you know what, that’s not good enough anymore. We deserve better than only existing to make you feel better, whether that’s because you regret treating us like shit or because you think you’re one of the good allies. To put it bluntly: Joe Bell and the empty platitudes its creators preach can fuck right off.♦