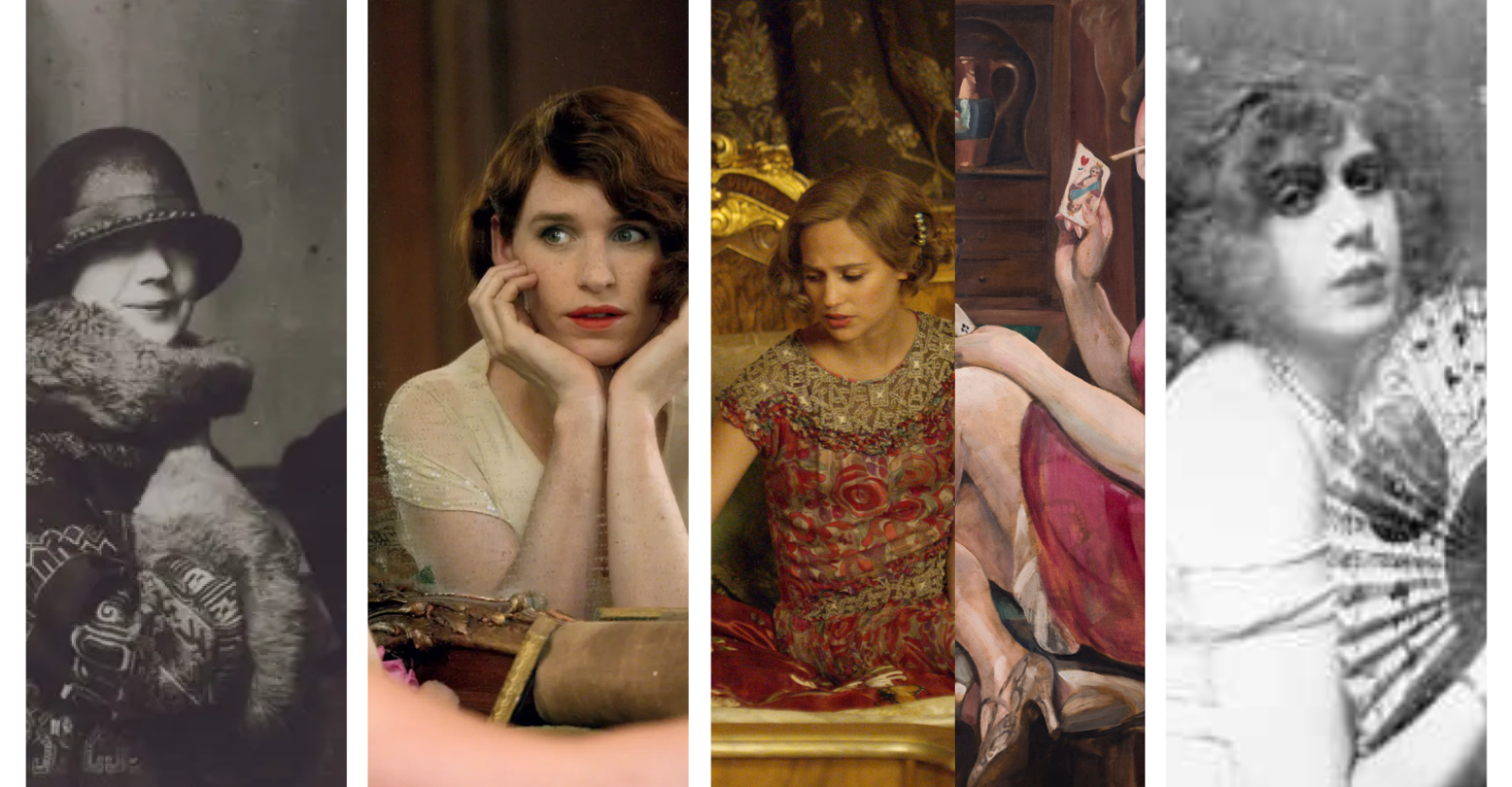 The thing about being trans right now is that it’s marketable. It’s been marketable for a few years now, and perhaps nothing better illustrates this depressing marketability than the 2015 Oscar-bait drama, The Danish Girl.

Imagine being a hot bohemian transexual at the turn of the century traipsing around the Parisian art scene with your lesbian wife and 100 years later they make a movie of your life and it’s Eddie fucking Redmayne crying in a dress for two hours.

Before the film was rushed into production in 2014 (the “Transgender Tipping Point!”) with cis stars Eddie Redmayne and Alicia Vikander in the lead roles of artist Lili Elbe and wife/fellow artist Gerda Wegener, it had been stuck in pre-producion hell for years. First, Nicole Kidman was slated to play the role, with playwright Lucinda Coxon adapting her own play for the screen. The film changed hands approximately a million times since that 2009 announcement, with actors like Charlize Theron and Gwyneth Paltrow, along with big-name directors like Let the Right One In‘s Tomas Alfredson eventually becoming attached.

But everyone dropped out, one by one. It seemed like The Danish Girl was going to be yet another ambitious Hollywood project stuck in limbo forever.

Then, in 2014 something miraculous happened: cis people started to find trans people interesting. Caitlyn Jenner came out, Laverne Cox was put on the cover of Time Magazine, and the cis world was like, “wow, maybe there’s something to this trans thing after all!”

Within a year, Redmayne and Vikander were attached to the project and Tom Hooper was tapped to direct. The result was…well, pretty bad. Really quite bad indeed.

Lili was out to her friends in the bohemian art scene for years and her wife, Gerda, used Lili as a model for her lesbian erotica portraits. But of course all that got washed over because cis people wanted a weepy transexual tragedy. pic.twitter.com/xjB3BfUMBf

It truly was the weepy transsexual tragedy to end all weepy transsexual tragedies. Instead of telling a story about two lesbian artists living together and being fucking awesome, the movie was, quite literally, Eddie Redmayne in a wig dating guys and crying. There was some lesbian erasure, and there was some serious bi erasure. Most of all, there was the weird re-packaging of trans stories as high-budget Hollywood fare, rather than staying relegated to the realms of seedy transploitation or shock docs.

It was one in a long line of cis-made films about trans people that turn our lives and stories into very unsubtle and uninteresting tragedies. There are obviously many movies like this and I could name all of them, but the distinction with The Danish Girl is that it won awards. Like, a lot of awards. People took it seriously. And that, in its way, is almost worse.

The concept of trans ppl and I guess queer ppl in general being happy in the past is just groundbreaking for cishets who want a conventional narrative out of real queer ppl for some reason.

The only conversations I’ve ever seen around The Danish Girl are trans women dunking on it for being boring weepy melodramatic shit and people saying they sympathize with Lili’s wife and she should have detransitioned to make her wife happy, so I’d say mission accomplished boys.

One of the most frustrating things about being trans right now is that all around you are stories about you, by people who know very little about you. You’ve become public domain, and so have all your heroes. You anxiously await the horrifying news of some ill-conceived Marsha P. Johnson biopic or reclamation of queer riots as award-show fodder. You wait for your life and cultural history to be packaged, and repackaged, for a new audience. All the while, the generation that kept telling you it was all a phase when you were growing is now excited to “learn your truth” via some big-budget, Oscar-winning weepie. Everyone, simply everyone, is excited to tell you that they know how much you must suffer. Your life has just been so hard, right? Wow, that must be tough. How did you not kill yourself, they want to know?

I think because sadly cishet people want to see queer suffering almost as much as Black suffering. The idea that marginalized / peripheralized ppl can survive and create has fueled art forms for ages. And unfortunately some ppl bank on it. For them it’s entertainment.

This is by no means just a trans problem. Folks of color have been dealing with the problem of Hollywood repackaging their trauma since film began. Hollywood is forever on the hunt for authenticity, but what shows up onscreen is almost always fake. Why? Because Hollywood still doesn’t want to hire us to write, direct, or act in these films. Did Chase Joynt or Silas Howard get a call when The Danish Girl was in pre-production? Nope. What about the Wachowski Sisters, who would have done a beautiful job telling Lili Elbe’s story? NOPE. What about trans and nonbinary talent like Indya Moore, Bobbi Salvör Menuez, Elliott Fletcher, Asia Kate Dillon, Jen Richards, or Trace Lysette? Did any of them get called? They were all working in Hollywood in 2013, so there’s truly no excuse. Nobody even puts us on a list of people to hire. Because we’re not in power in Hollywood. We’re still working for pennies, and we’re still at the mercy of cis casting directors, writers, and producers for the most part. We sell, but we don’t sell. A version of us sells. The thinnest, most watered-down version. Because in Hollywood, it’s still all about what cis people can handle. And what cis people will pay for.

the way eddie r*dmayne has actively contributed to harm towards the trans community – from starring in that rancid film which deepened divides against trans women to supporting active transphobes. garbáge rat. https://t.co/hJTVhvdZ6B

And don’t even get me started on Eddie fucking Redmayne.♦