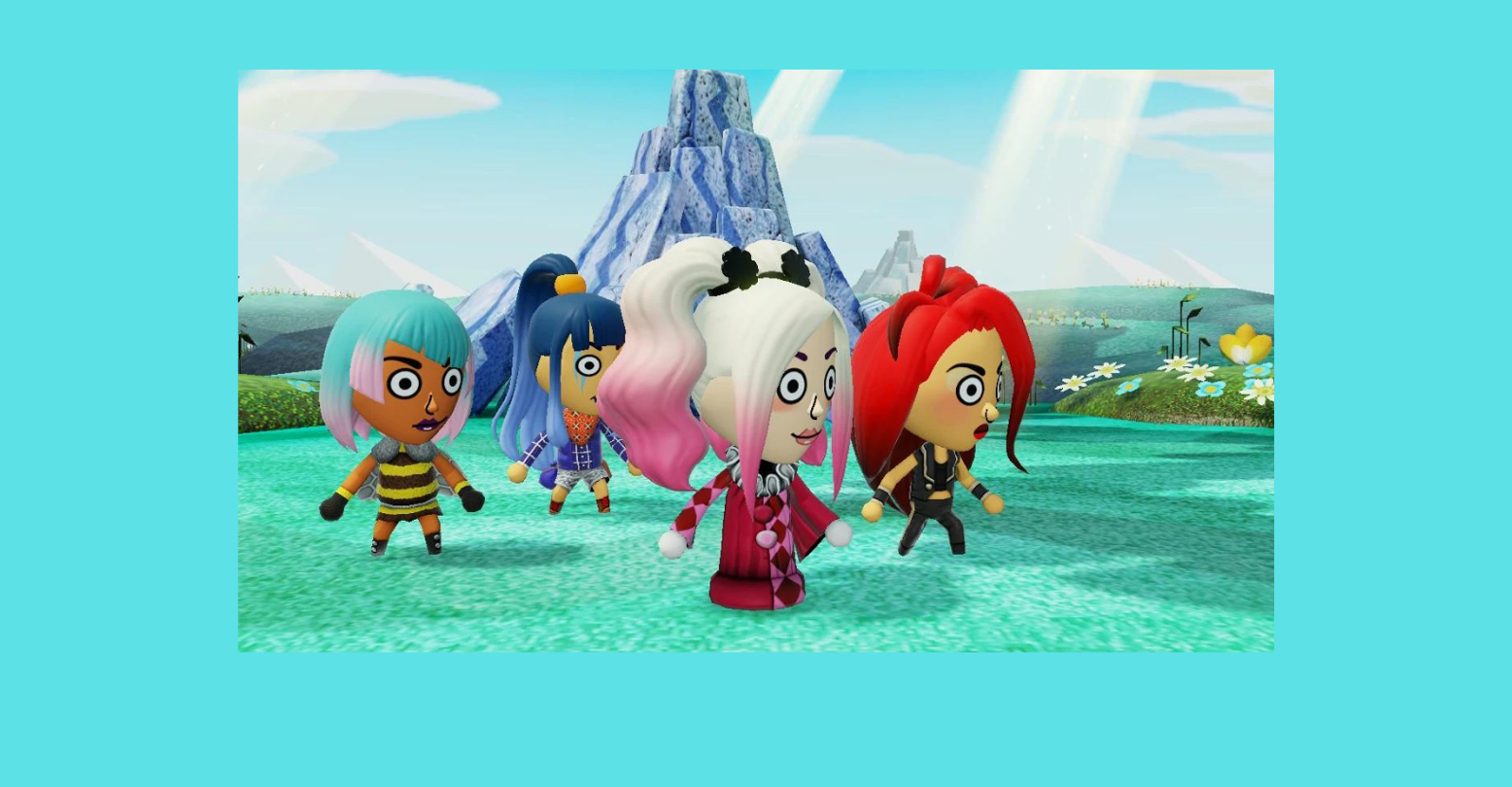 Although Western role-playing video games such as Stardew Valley and Hades have been a bastion for LGBTQ+ gamers wanting to explore and express their identity, Japanese role-playing games haven’t fared as well. Yet games such as Miitopia have proven to be a step forward in the right direction, especially its recent remaster on the Nintendo Switch.

Originally released in 2017 for the Nintendo 3DS as a spin-off to the game Tomodachi Life, Miitopia is a role-playing game with minor life stimulation elements that stars player-created characters known as Miis, customizable character avatars of Nintendo game consoles. After you first create your avatar, you arrive in Greenhorne Town and learn that the world is under siege from the evil sorcerer known as the Dark Lord. Since the Dark Lord is stealing faces from people and turning creatures into monsters, it is up to you and your band of plucky adventurers to traverse the world to stop them.

Despite the bare-bones story, I had a good time playing the game on my Nintendo 3DS XL. This is due to the fact that most of the fun in the game lies in its avatar creator, job classes, and cute character interactions. Although the avatar creator has some limitations such as asking you to choose your gender, you can change other features such as body type, skin tone, and hair or even choose Miis that are already available via Mii Central or Mii Bank. In fact, the Nintendo Switch port of the game has the additional options to use fabulous wigs and makeup if the standard Mii hairstyles and faces aren’t your style.

On top of creating your own character, you also have the option to pick a job class (i.e. specific roles with certain abilities). Both the 3DS and Nintendo Switch versions have you start out with six job classes: warrior, mage, cleric, thief. pop star, and chef. More classes are unlocked as the game progresses, such as Princess and Cat. Some are self-explanatory, such as the warrior who wears armor and attacks with swords, while the pop star can provide a serious morale boost to other party members using a mic and a song. Besides the quirky abilities of each job class, each of them have outfits that aren’t gender locked and can be customized with different colors.

even in miitopia, amy is canonically trans and i love her pic.twitter.com/uKvtRNf0lF

While many JRPGs have served as an escape and a personal outlet for me, games with queer-coded characters and LGBTQ-friendly character customization have helped me express my identity when I can’t do it in real life. In fact, I am far from the only person who feels this way. Last year, a Washington Post article stated that Animal Crossing New Horizons helped one player come out to their family.

Whenever I play a JRPG with the option to select my gender or create my own character, I always start out with a male avatar as the base before queering it up. In this case, I named my avatar with a gender-neutral name, “Shay” and experimented with hair color a bit. Ultimately, I would decide to keep my hair black, but make my outfits colorful. One of my favorite mage outfits would be silver, purple, and yellow, which I thought was a nice nod to my nonbinary gender identity.

In addition to queering up my personal avatar, I also queered up my party members. Since I coded my personal avatar as nonbinary, I also created or selected avatars of fictional characters that I interpreted as trans or non-binary and gave them job classes that suited their characters. The first character that I wanted for my initial party is Link, the hero of the Legend of Zelda game franchise. Although some people see Link as male, some people like me see Link as nonbinary. Even as I made Link a warrior and dressed them in green armor, I also added little touches such as giving him a sword with a pink ribbon.

I am far from the only person who feels this way. Last year, a Washington Post article stated that Animal Crossing New Horizons helped one player come out to their family.

Not only was experimenting with the Mii creator fun, but seeing my party members interact with each other was amusing. Although there is no explicit romance in either version of Miitopia, the Switch version game lets you strengthen your relationships by having two characters of the same or different gender stay together at inns and go on outings at various places. Two male or female characters can gradually go from being friends to being soulmates while learning passive skills that help in battle.  This allows for exciting possibilities for LGBTQ+ Miis as they fight monsters and save the world.

For my 3DS playthrough of Miitopia, I focused on developing the relationship between my Mii and the Mii I made of Link. I almost always had them rooming together at inns, especially when they got angry at each other during battles and needed to make up. Despite not being able to control any other Mii besides my own, I enjoyed seeing my Mii and Link give each other gifts and help each other fight during the game’s random encounters. I loved seeing a nonbinary version of myself and Link level up their relationship and learn to use passive skills like “Pincer” and attack a foe from the front and back at the same time. Once their relationship was level 50, they became heart-eyed soulmates, holding hands and spinning in a circle.

Although the lack of explicit romance between two characters will be a turn-off for some people, the Switch version of Miitopia is a major improvement when compared to the original 3DS version and Tomodachi Life. The 3DS version only let two Miis of any gender become close when they stayed in the same room at inns or used passive skills in battle. Not to mention that Tomodachi Life didn’t allow same-gender relationships at all. Between the increased character customization options and the options for two characters of the same gender to go on outings, the remastered version of Miitopia on the Switch is the best option for LGBTQ+ fans of JRPGs.♦

Latonya Pennington is a freelance pop culture critic, poet, and magical girl enthusiast. Their articles can also be found at Women Write About Comics, AnimeFeminist.com, Brain Mill Press Voices, and Black Sci-fi. They can be found playing video games, reading novels and comic books, or tweeting about their newest obsession.