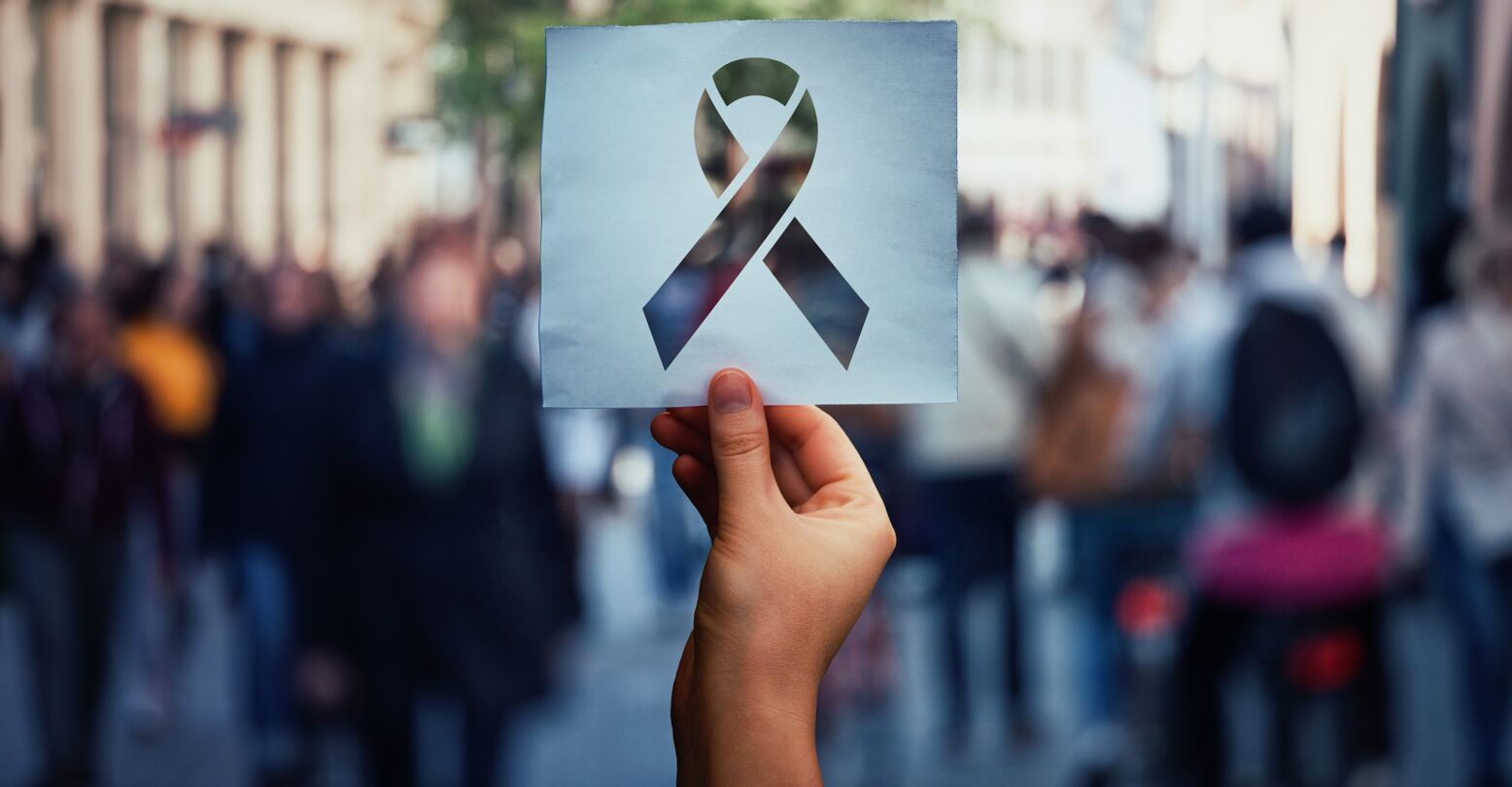 It will be almost two years since the start of the COVID-19 pandemic, but sadly we’ve been navigating the HIV pandemic for decades. With an estimated 37 million people affected globally, HIV continues to alter and claim the lives of many people, LGBTQ+ and straight. For Black and Latino men, the impact continues to be disproportionate. Unfortunately, these numbers consist of people living with HIV that may not be aware of it, individuals who are misinformed about the virus, and those who may not have access to lifesaving antiretroviral medication.

Thankfully, many advancements throughout the years have been made towards informing, educating, and protecting the health of numerous people impacted by HIV. Organizations like the AIDS Coalition to Unleash Power (ACT UP), Shanti Project, Lavender Hill Mob, and more advocated for access to resources and information and promoted awareness needed for many people with HIV to live healthy and fulfilling lives. Voices of Community Activists and Leaders (VOCAL-NY) has done the same since 1999 and Jawanza Williams (he/him), their Director of Organizing, carries on the legacy of the organizers before him through his work.

But these advancements exist in a time where celebrities with massive and influential platforms still spew misinformation and stigma. Many, like Williams, are countering these acts of ignorance with advocacy, education, and organizing. I spoke with Williams about his organizing journey.

What went through your mind when you received your HIV diagnosis?

I had none of the analysis that I’m applying now. I was like, “Oh, shit. I guess I’m going to die”. I didn’t understand because I was operating in a sort of stigmatized framework. And I was like, “Well, how did I get HIV? I don’t do anything that would lead me to get HIV”. That was my initial response. I wanted to blame an individual, but I realized that because I loved that person, that’s not how I should respond to this.

I needed to learn everything about what I was experiencing before I developed a real opinion about what was happening to me and how I was going to go forward. A source that was helpful for me was POZ magazine. They also had a social network for people living with HIV that I was able to access early on. That was incredibly important because I developed relationships with people in New York City, as I was trying to understand what was happening to me. I came to visit and then I realized that I should stay.

Where did your journey with organizing begin?

I was living in a shelter in Harlem and an organizer from VOCAL-NY, Elizabeth Owens, knocked on my door and said, “Hey, we are organizing to end homelessness and the war on drugs through community-based organizing, leadership development, and issue-based campaigns. Are you interested in that?”.

I was diagnosed January 15, 2013, and the day that Elizabeth knocked on my door was November 15, 2013. So almost a full year later, here I am being offered a way to understand what was happening to me and those around me. I joined the organization as a member and today, eight years later, I’m the Director of Organizing trying to build political power.

With COVID-19, we are navigating the HIV epidemic while navigating a pandemic. What are your thoughts on this?

I feel like a lot of people living with HIV were demoralized by the fact that we were able to develop COVID-19 vaccinations at such a rapid speed when it’s been 30-40 plus years with HIV and there’s no vaccine successfully developed. On the surface, people will think that others don’t care as much about HIV-positive people and I think to some degree that’s true.

The only reason we have vaccines is because of economic investment and governmental and society-wide responses that did not happen with HIV. I think what we’ve learned is that, at the very least, we should immediately respond to these kinds of situations.

I think we should also apply this to socio-political phenomena, like experiencing homelessness, not having access to sustainable living wages, or anything that threatens the continuity of life.

Although the media still has a ways to go with conversations around HIV, can you think of any times where the media was actually removing stigma around HIV and PLWH?

Honestly, I can’t say that I’ve seen it. The consistent pattern that I’ve seen, if HIV has ever been brought up, is sort of an infantilized framework. This poor person is a victim of the disease, they’re a victim of a disease because of their own perverse behaviors, and it becomes somehow associated with their identity.

I feel like a lot of people living with HIV were demoralized by the fact that we were able to develop COVID-19 vaccinations at such a rapid speed when it’s been 30-40 plus years with HIV and there’s no vaccine successfully developed.

It’s important for people living with HIV to be able to claim publicly that “I’m living with HIV and I’m still worthy”, but too often, that’s not the narrative that’s being offered. I think it’s because the story requires a critical awareness and a sophistication of writing to know that nothing is as simple as a diagnosis. To me, it just speaks to people who just don’t know what they’re talking about.

I think that in this age of social media, anybody can build a platform, which is a beautiful thing. But then someone like DaBaby, who doesn’t know anything about HIV, can spread a narrative about people with HIV that is incredibly violent on a stage in front of thousands of people, that will then be seen by tens of millions of people.

The consequences of those kinds of moments are not just DaBaby’s paycheck and public humiliation. Thousands upon thousands of people around the planet that will contract HIV this year or next year that will have heard that story. How do they respond? We have to hold that we are responsible for each other’s mental health in a lot of ways. The damage that was done will be immeasurable.

Different medical advancements have allowed people to take control of their health. This can be through preventative medication or HIV antiretroviral therapy. We’re a long way from the start of the epidemic, but still have a ways to go.

I think that medicine is a miracle, but I’m more concerned about people’s access to medicine and people’s ability to choose which regimens work for them. Which means economic freedom to make a choice about which medication you take. I’m such a huge advocate for universal access to health care.

“The consistent pattern that I’ve seen is sort of an infantilized framework: ‘This poor person is a victim of the disease, they’re a victim of a disease because of their own perverse behaviors.'”

But to be clear, I don’t think that any of the advances would even be at this stage were it not for organizing. I often mention ACT UP: Using direct actions, like putting ashes on the White House lawn, do so much. It really wakes you up.

If your ideologies are based in problematic theology and ideologies that I would call white supremacist, heteropatriarchal, and capitalist, I think that we have to respond. I think it always comes back to this question about the value of human life and what is the purpose of life? To advance life. Period.

Who are some of the people who have inspired you due to their work in HIV advocacy?

I think about my former co-worker, Jason Walker, who was the HIV/AIDs Organizer when I first came to VOCAL-NY. He really helped me understand that HIV is a social justice issue beyond biology and about ideology and government.

How can others further educate themselves around HIV and provide advocacy and support towards raising awareness around HIV?

I think you need to build relationships with people that have experiences that you simply don’t have. I think that we need to remember to continue centering humanity regardless of values, even if people hold values that you don’t like. It’s what makes you most human, being able to hold that complexity.

It’s not just about the virus. It’s also about all of the other factors of a person’s life and very basic needs. Those things range. Support the movement and the demands of people who are impacted by HIV. Human beings need to be healthy.♦