Pride Month has only just begun, and already it seems like we’re seeing rainbow flags in more places than ever before. In businesses and on websites across the US, companies seem eager to celebrate Pride alongside us in a manner would have seemed barely possible less than a decade ago. Many people would point to this growing enthusiasm for Pride as a positive sign for the growing acceptance and support of the LGBTQ community. But this important celebration of the resistance and resilience has been slowly diluted as more and more people and organizations seek to prove their progressive cred through performing allyhood with queer and trans folks.

In recent years, this performative allyship has reached almost absurd levels, with corporate logos smeared over every surface, and police officers marching in our parades. Unfortunately, while the business world seeks to cash in on Pride month for its own benefit, the wider LGBTQ community is suffering immensely under the oppressive policies of Trump and his Republican allies— especially queer and trans people of color.

In an era where the backlash against our community grows by the day, it’s time for us to retake Pride as an act of political resistance and expect more from organizations and businesses that would call themselves our allies. It’s time for us to reclaim Pride for ourselves.

One of the most frequent sources of friction in recent years has been the participation of police in Pride events. The LGBTQ community and police spent decades at odds, and the most notable confrontations with police (Stonewall Riots, Compton’s Cafeteria Riots, Toronto Bathhouse Raids) served as the galvanizing events for the LGBTQ Rights Movement. The police long served as the primary weapon of the state in marginalizing the LGBTQ community, and systemic ant-LGBT bias still exists within our system of policing.

It’s not surprising then, that there has been a push to keep police out of Pride. Last year, activists in several cities such as Toronto, Phoenix, and LA made a significant push to keep police out of Pride parades and other festivities because of concerns that their presence makes Pride less welcoming to many members of the community. These concerns are well-founded. A 2015 national survey of transgender people found that more than half who interacted with law enforcement experienced mistreatment, and almost 60% of the 28,000+ respondents did not feel comfortable around police. Another study found that LGBTQ people of color face unfair treatment by police at a level well beyond those of straight people of color and white LGBTQ people. Sex workers are also a significant (and often ignored) part of our community. They, too, have plenty of reasons to be wary of police presence. And, of course, with the current administration’s deeply anti-immigrant policy push, any police presence makes Pride completely unwelcome to undocumented LGBT people, as ICE detention is infamously dangerous and cruel to LGBT detainees.

The fact is, Pride is an event rooted in resisting systemic state violence against our community. Allowing police to participate runs counter to the entire history and purpose of the event. It further entrenches concerns that Pride and other LGBTQ events are only for cisgender white gay people.

Of course, police are far from the only unsavory element that needs to be pushed At my recent local Pride event, I was absolutely gutted to see my employer—a large regional hospital system— with a booth set up and corporate PR folks waving rainbow flags. Meanwhile, my health insurance continues to exclude all trans-related healthcare and I have to pay for my hormones out of pocket. Their corporate website contains literally no content when searched for “LGBT,” “gay,” “bisexual,” or “transgender.” It has no specifically LGBTQ-affirming medical providers. The company culture is so unsupportive that I’m actually stealth at work. But here they were at Pride, doing the ally dance for the assembled local queers for good press. 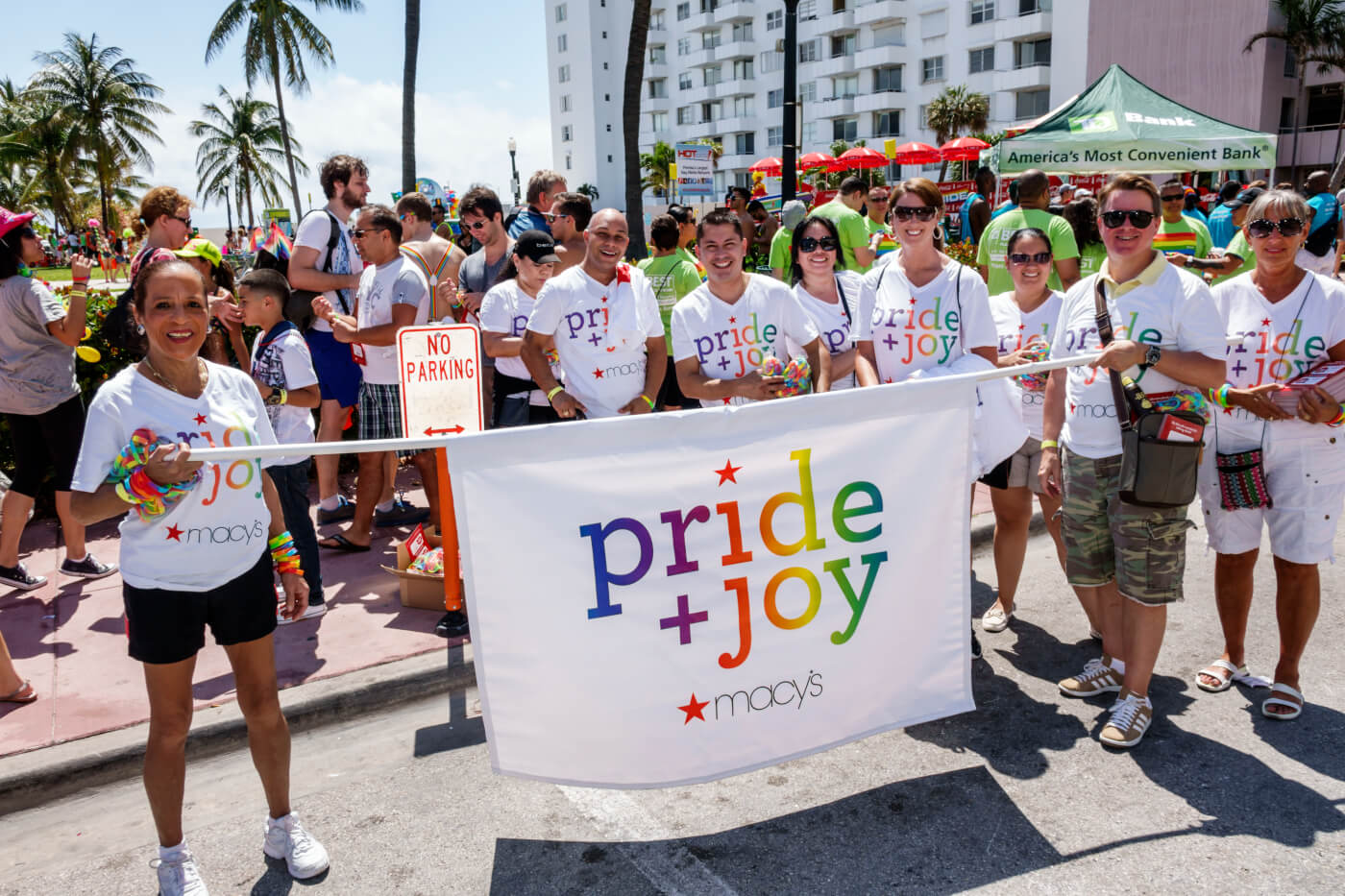 This kind of corporate ally theater has become incredibly common at Pride events across North America. While there are certainly some corporations that are legitimately interested in supporting the LGBTQ community, many others simply use our community space as a marketing opportunity and a chance to curry brand loyalty from consumers who align themselves with progressive causes. These companies are not lobbying Congress on our behalf. They aren’t standing up to the constant onslaught of anti-LGBTQ policies being pushed by the Trump administration. They aren’t providing material support to the LGBTQ organization that support our most vulnerable people. They are not really our allies in any meaningful way.

I fully understand that a Pride event is an expensive undertaking, and the corporate money has become an important way to fund these events. But simply throwing a little money the event or having LGBTQ employees should not be enough for a company to have a booth at our festivals or to be marching in our parades. We don’t need more free pens. We need meaningful, material support for our community as we work towards equality and liberation. That should be the price of entry for any corporation looking to participate in Pride.

Where the corporatization of Pride Month has reached mind-blowing levels of absurdity is in smearing of the rainbow on just about every product imaginable. Reminiscent of the almost-comical levels of “pink-washing” that occurs during Breast Cancer Awareness Month, we’ve seen Pride Whoppers, Pride Doritos, Pride Fries, Pride Vodka, Pride Sneakers, Pride Mickey Ears, and now even a Pride band for your Apple Watch. Whereas rainbow-related products were mostly a cottage queer industry, Pride items can now be purchased at Target, Urban Outfitters, and Hot Topic.

While some of the companies selling Pride merch have partnered with LGBTQ charities and funnel at least some of the profits to these deserving organizations, many others are using the rainbow imagery as little more than a tool, pocketing all the profits for themselves. These corporations are not “celebrating pride”. They’re exploiting our collective history, our culture, and our symbols for capitalistic greed.

While there are certainly some cisgender, heterosexual folks buying these products, the onus is largely on us for this situation. The minute we see a rainbow on something, it spreads through the queer social media world like wildfire. Being on the receiving end of this kind of focused marketing is still novel, and it still feels validating in some bizarre consumerist way, as if our symbols in mainstream commerce means that we’ve finally earned acceptance in the wider culture. But it’s something we absolutely need to resist. At the very least, we should expect any product emblazoned with some variant of the Pride flag to have 100% of the profits donated to a worthwhile LGBTQ charity. As a community, we should prioritize buying our Pride merch (and anything else really) from LGBTQ-owned businesses. And more broadly, we ought to work to shift our behaviors at Pride from consumption and consumerism back to the original purpose of Pride: resistance, activism, and community.

After years of consistent political and social progress, Pride has slowly evolved from political event to celebratory party. There is an allure to having the major players of mainstream society involved in our biggest event — it provides a false sense of having reached a place of acceptance and inclusion within the broader fabric of society. But Pride was never about assimilation; the founding principle and driving force is about resistance to the forces that would drive us out of public life, back into the closet, or into an early grave. The LGBTQ community is under some of the worst political assaults we have seen in decades from a President and Republican party hell bent on turning back the clock on our progress. It’s high time we expect more than empty platitudes from police, lip service corporate PR allyship theater, and meaningless rainbow-washed marketing strategies.