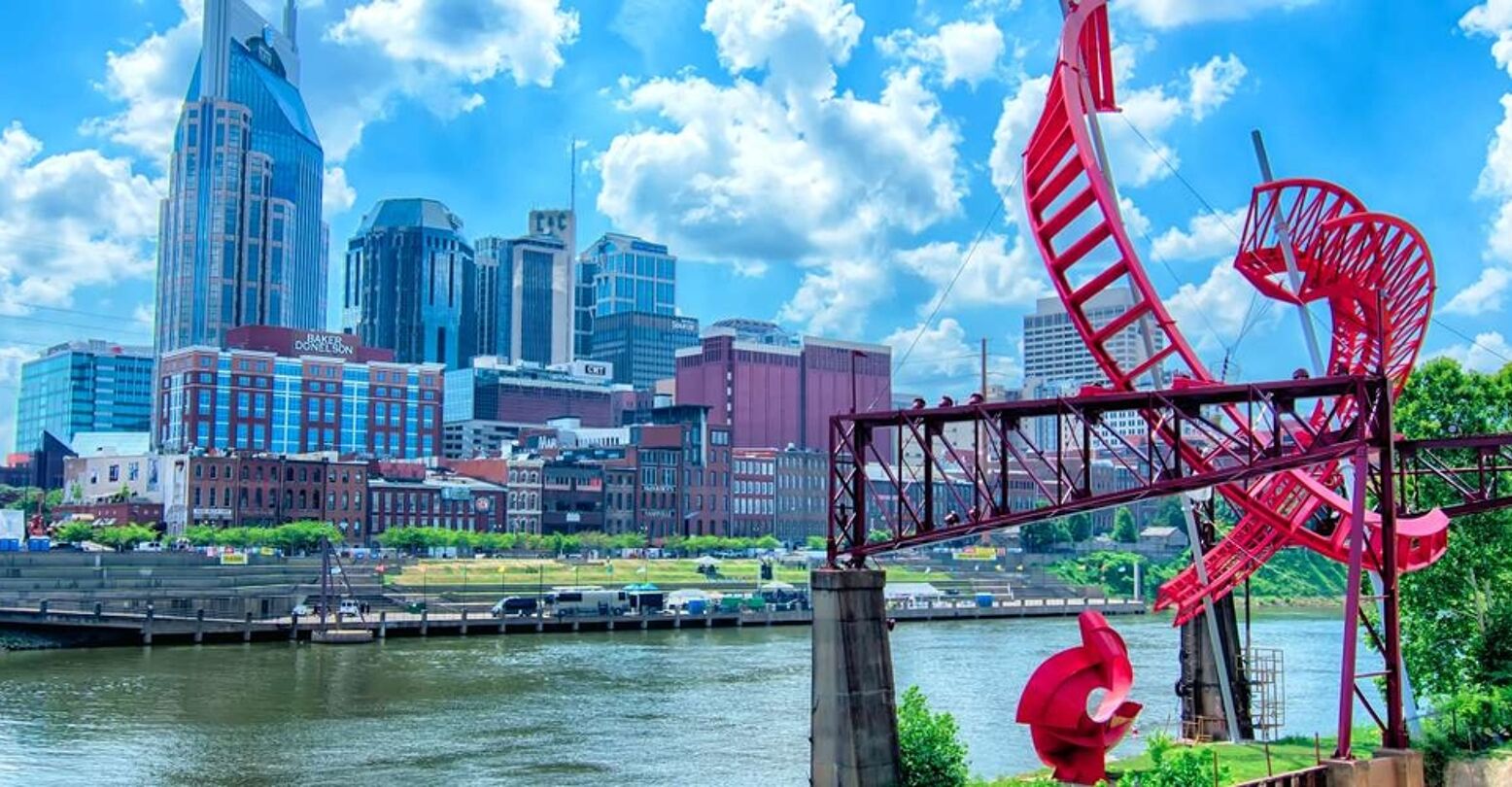 A committee with the Hamblen County Commission gave its preliminary approval to the resolution on Monday in a near-unanimous 7-1 vote.

Tim Goins, a Hamblen County Commissioner, told the Knoxville news station KBIR that he “strongly” believes marriage equality “should be between a man and a woman” and believes his constituents feel the same way.

“We have a Christian-based county commission, I believe,” he said.

“I hate the way our country is going altogether,” the commissioner continued. “I think we’re going down the wrong track, for the most part. I think we need to be careful with what we do here in the short future.”

The sole commissioner who voted against it, Chairman Louis “Doe” Jarvis, told Knox News the resolution was put forward by the Patriot’s Brigade of Tennessee, a conservative organization behind the introduction of similar measures in neighboring Sullivan County. The Brigade’s website claims the group’s mission is “to restore that which our Creator gave to us through our founding fathers: a Christian form of government.”

But Jarvis claimed the group is “playing on Christianity” in order to push an extremist right-wing agenda, one opposed to what Republicans often call “judicial activism.”

“I believe that the Supreme Court sets the ultimate law for us,” the chairman said.

Nine counties in the Volunteer State passed resolutions opposed to same-sex marriage in late 2015 and early 2016, according to tracking from the Tennessee Equality Project. These included Hawkins, Greene, Carter, Johnson, and Sullivan counties, all of which are likewise located in the Eastern half of the state.

But the anti-marriage actions ceased as of last year. Chris Sanders, executive director of the Tennessee Equality Project, hoped that would be the last attacks against same-sex unions on the local level.

This was not to be the case, as advocates learned this week.

“I don’t know if this is a fluke or the beginning of another round of attempts to do something about marriage equality, but they’re taking this seriously regardless,” he tells INTO in a Wednesday phone interview.

This is just the latest assault on LGBTQ rights in Tennessee this year, but a majority of prior actions have been unsuccessful.

The town of Portland, Tenn. attempted to pass an ordinance banning drag performances in September, but that measure failed following the threat of a lawsuit from the American Civil Liberties Union. The state legislature also tabled a bill, known as the “Natural Marriage Defense Act,” which would restrict the state’s definition of marriage as between “one man and one woman.” It’s set to be debated in the General Assembly next year.

A piece of legislation requiring words like “mother” and “father” to be regarded in matters of law with “their natural and ordinary meaning” also failed to pass.

But Sanders is concerned LGBTQ people won’t be able to stave off these attacks forever, especially given how vulnerable the community is at the local level. There are 95 counties in Tennessee, he says, and it’s hard to keep track of them all.

“In 2015 and 2016, when these resolutions first popped up, we feared they might get out of control,” he says. “I think we’re going to get to the point where something comes along and we won’t be able to contain it. I don’t know what it is or when it will be, but these sneak attacks can happen anytime.”

“We’ve got eyes around the state to help us catch some of these things, but we’re outnumbered,” Sanders adds.

While a symbolic resolution may seem like little to be concerned about, the LGBTQ advocate says that actions like these send a harmful message to Hamblen County residents. A local county clerk, for instance, may view the statement as “permission to discriminate” and refuse to sign marriage licenses for same-sex couples.

The resolution’s passage could, thus, encourage Kim Davises across the county to come out of the woodwork.

“I think that it’s dangerous for [Hamblen County] to go down that road,” Sanders claims. “I don’t think the county ought to be in the business of picking out citizens and issuing them a formal insult. That’s not the purpose of government.”

ACLU of Tennessee Executive Director Hedy Weinberg agrees that local lawmakers should not be in the business of discrimination.

“Hamblen County’s proposed resolution undermines our American value that the government should treat everyone equally under the law,” Weinberg tells INTO in an emailed statement. “The U.S. Supreme Court’s decision in Obergefell ensures that loving, committed same-sex couples in Tennessee and nationwide who want to build and share a life together will be treated with the same respect and dignity as everyone else.”

Nick Morrow, press secretary for the Human Rights Campaign, is a Tennessee native. He tells INTO the proposed action in Hamblen County will only make LGBTQ people feel unwelcome.

“These symbolic anti-equality resolutions do nothing except make LGBTQ people feel like they don’t belong in their own communities,” Morrow says in an email. “Marriage equality is the law of the land. Lawmakers in Hamblen County should focus on making all of their constituents’ lives better instead of pushing unnecessary, divisive resolutions.”

Sanders believes that even if the resolution against same-sex marriage doesn’t pass, the Hamblen County Commission is sending a troubling message to LGBTQ residents: “If we could discriminate against you, we would.”

“In a small town, these are your neighbors,” Sanders explains.

“If you are LGBTQ and in a domestic violence situation, are you going to call the county sheriff if the government has decided your relationship shouldn’t be legal?” he asks. “These are the questions that I think go through your mind when you live in a small countyespecially when your government takes a stand and insults you.”

But despite the challenges of fighting homophobia in a deeply conservative state, Sanders is hopeful LGBTQ advocates can score one more victory against hate.

Blount County attempted to introduce a similar resolution rebuking marriage equality in October 2015, one that begged God not to strike down local Christians for allowing same-sex couples to wed. “We adopt this resolution before God that He pass us by in His Coming Wrath [sic] and not destroy our County [sic] as He did Sodom and Gomorrah and the neighboring cities,” a statement from the Blount County Commission read.

The effort was killed following visceral outcry from local community members. Sanders says that more than 300 people showed up to a rally wearing red t-shirts to fight against anti-LGBTQ bigotry. A February 2016 resolution in Washington County died after protest from approximately 400 local residents.

Many of those demonstrations were the first of their kind. When Portland voted down its anti-drag ordinance last month, it was the only pro-LGBTQ event in the town’s history.

Activists will be lobbying to derail the Hamblen County resolution prior to a planned vote on Thursday, Dec. 21. The Tennessee Equality Project will be holding a rally in front of the courthouse in Morristown, Tenn., the seat of Hamblen County. The protest begins at 5pm Eastern Time on the day of the vote.

Fifty-seven people are currently marked as “attending” in a Facebook event, a marked decline from last year’s record numbers. The discrepancy is likely due to close proximity to the holiday season, Sanders says.

But he believes the “goodness of citizens” will be reflected in the ultimate turnout.

“That’s the upside of this,” Sanders claims. “You get to find out where people stand. A lot of the time local governments assume this is what the people want. They have one definition of what their constituency is. You have to change what they see and what they hear, and this is an opportunity to do that.”