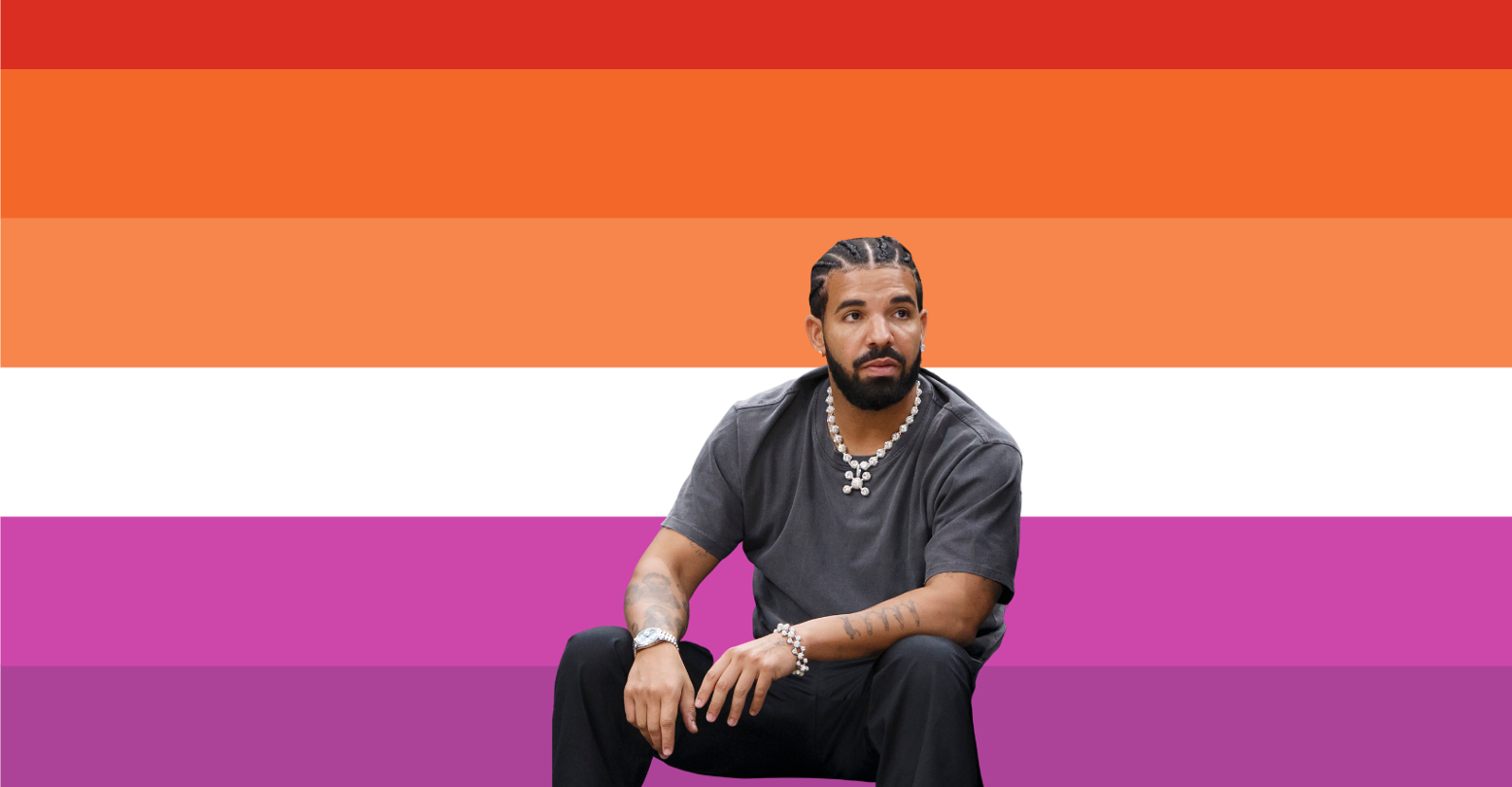 Move over Hot Girl Summer: 2022 is shaping up to give us Unexpected Album Summer after famed honorary lesbian Drake—one single day after the life-saving announcement of a new Beyoncé album and a surprise single from FKA Twigs—gifted us with a surprise album last night. “Honestly, Nevermind” is a instant classic in the Drake genre, even if it’s missing some of the bombast of last year’s “Certified Lover Boy” in which he famously outed himself as a he/they lesbian.

In classic Drake fashion, the album gives us a look into the romantic fears and vulnerabilities of one of the world’s most iconic lovers of women—while flawlessly upholding his doomed romantic persona. It’s mellow, hilarious, and sexy all at once: another classic Drake combination. Here are a few of the most important truths we uncovered while listening:

This one seems obvious, but there’s some deep wisdom buried in here. You can’t buy love, and you also can’t buy ambition. But you can be an honorary lesbian if you try hard enough.

2. He Doesn’t Go to the Met Because They Only Provide a Plus One (“Sticky”)

A longtime mystery solved at last! Who would Drake bring to the Met if they did give him more than a plus one? And more importantly: what would he wear? The mind boggles.

Not exactly a surprise because, you know, Canada, but very hot. Imagine Drake calling you “cherie.” Tell me that’s not lesbian culture. Also the fact that the song is called “Sticky,”… I rest my case.

That’s how he treated people! This is definitely something we already knew, since I personally can’t imagine Drake’s funeral being anything less than a stadium-filling event with lots of fireworks and possibly a 50-foot Drake hologram. But I don’t want to spend too much time on this thought because the idea of a world without Drake is too sad for me to contemplate. More life, nay—the most possible life for Drake! Immortality for our favorite honorary lesbian.

F*ck the silicone! Honestly, this is the energy that makes Drake a beloved honorary lesbian to begin with. He likes you just the way you are, babe, and never forget it. That said, let’s not forget that Drake is very surgery-positive. He’s a fan of an enhanced butt (who isn’t?) so don’t ever fall into the trap of thinking that Drake is trying to surgery-shame anyone. He’s just saying that he’s a fan of those big naturals. What dyke isn’t?