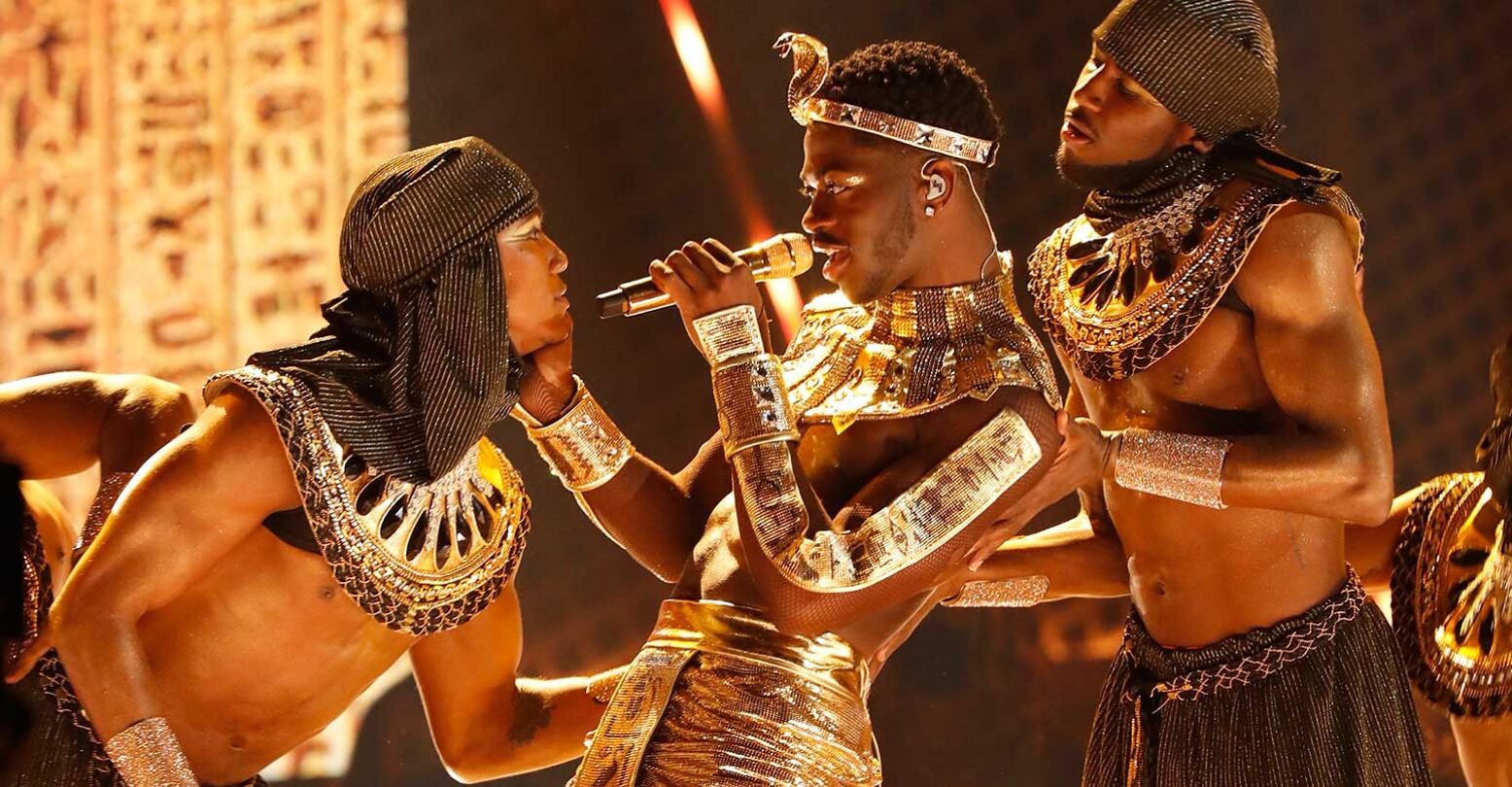 Lil Nas X’s saga with the BET Awards snubbing him continues with him now having a new song to voice his concerns, or lack thereof. Lil Nas X had previously responded to his lack of BET Award nominations in 2021 and 2022, despite the success of his chart-topping album Montero and the hits it provided. Now, the Black gay superstar has used two of his favorite things, music and social media, to respond.

In a tweet he posted on June 7, the 23-year old rapper shared a video of him shirtless in a vehicle blasting his new song “Late to Da Party”. Before going into his verses, the track starts off with “F*ck BET” being said several times.

Lil Nas X told us how he really feels and honestly this energy is valid. BET responded to the rapper’s statements with their own that reads:

“We love Lil Nas X. He was nominated for a Best New Artist BET Award in 2020, and we proudly showcased his extraordinary talent and creativity on the show twice: he performed “Old Town Road” with Billy Ray Cyrus at “BET Awards” 2019 and his “BET Awards” 2021 performance was a highlight of our show. No one cheered louder that night than BET.

Unfortunately, this year, he was not nominated by BET’s Voting Academy, which is comprised of an esteemed group of nearly 500 entertainment professionals in the fields of music, television, film, digital marketing, sports journalism, public relations, influencers, and creative arts. No one from BET serves as a member of the Voting Academy,” the company said in a statement.

“At BET, we are passionate advocates for the wonderful diversity that exists within our community. We are committed to using all of our platforms to provide visibility and inclusion for all of the many intersections of the Black community.”

But let’s look at the facts. The BET Awards has a trend of not nominating talented LGBTQ actors, performers, and entertainers. The award show, as did many others, made headlines for not nominating any of the Pose actresses for their universally lauded performances. And when the show did receive recognition from the BET Awards in 2020, it was in the form of an acting nomination for Billy Porter only.

Sure, Queen Latifah did win a 2003 BET Award for acting in Chicago, but the world wasn’t fully aware of her queerness until almost two decades after her win. With Porter, finally someone who was openly queer had been nominated 19 years after the inception of the award show. Yet each trans actress from Pose was still snubbed.

But to add insult to injury, non-Black artists who position themselves within Black music genres, like Justin Timberlake, Jack Harlow, Justin Bieber, and Ariana Grande, have all been nominated. Others have won, like M.I.A and Sam Smith. Interestingly enough, Harlow, who was featured on Lil Nas X’s number one hit “Industry Baby”, was nominated for a BET Award this year, but not Lil Nas X – who arguably had a larger impact than Harlow within the nomination qualifying year of 2021.

funny thing is industry baby was the biggest song me & jack released last year in the eligibility period but only one of us got a nomination https://t.co/3DUkngGnXN

And while some Black queer artists, like Tyler the Creator, Tinashe, and Kehlani, have been nominated in music categories, with Tyler winning, there is still a disconnect with how Black queer and trans artists are nominated and why – something Lil Nas X pointed out.

love frank and tyler to death but can we admit queer men are more respected when they do less feminine things or am i making that up? https://t.co/MLqkGYKWSI

There are plenty of Black queer and trans artists who have never received a nomination from the BET Awards. And while BET can create pieces around Black LGBTQ artists, their BET Awards show hasn’t nominated plenty of these said artists.

And while Lil Nas X was busy dishing out facts online, others were quick to notice and chime in.

put a couple other queers on this and the video too 🔥 https://t.co/nhy0x3SeB1

This young man knows how to play the game well. This is what you ‘spose to do in hip-hop, right? Put it in your music. This song is a bop, nice Thugger-vibe. https://t.co/l3Aiw1Qioi

I actually love this because if y’all remember this is real hip-hop lol if organization or person disrespect you make a diss track https://t.co/QBLw2QGknv

They might refuse to give LNX his flowers but he’ll turn homophobic shit into compost and grow a whole field of flowers his damn self https://t.co/INz7P91YrX

Moral to the story, support Black LGBTQ artists and give them the flowers they deserve.

this is my point exactly how can i get acknowledged by the most acclaimed award show in the world and then not even just 1 nomination from my own people? is that not crazy? am i really tripping https://t.co/aE5cCRVsFm