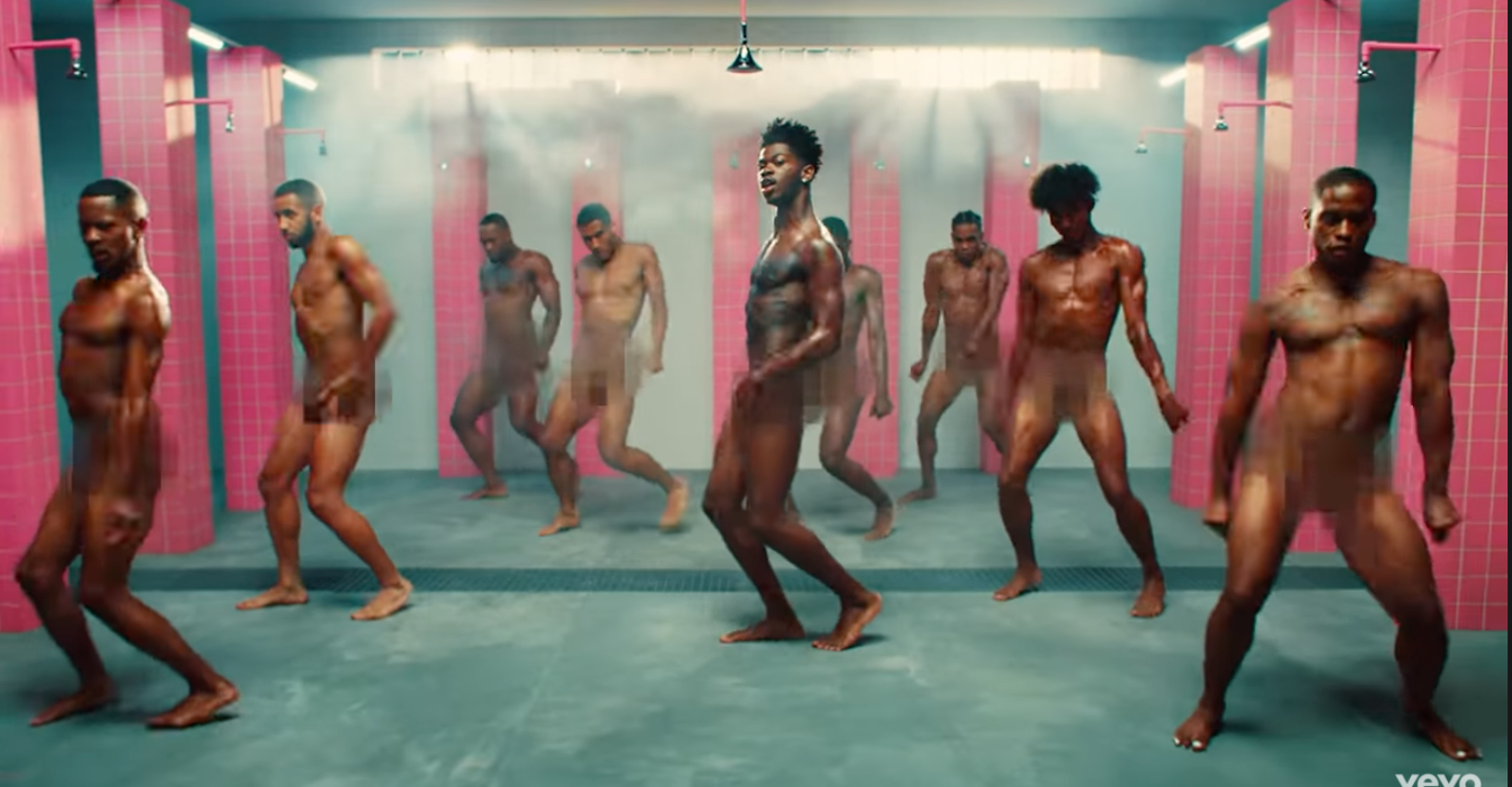 “Industry Baby,” which Nas teased earlier this week with a cryptic trailer showing the singer on trial for his Nike “Satan Shoes,” dropped this morning, and it was glorious. Men in hot pink prison uniforms strip down to grind in the showers, while Nas himself makes a daring breakout a la The Shawshank Redemption. Oh yeah, and that Jack Harlow guy is also there. The lighting is bisexual and the mood is strong. But the video isn’t the only thing to get excited about.

When the teaser trailer dropped, critics pointed out that, while the concept was fun, the high rate of Black incarceration is a serious issue that shouldn’t be taken lightly.

Well, Nas did us one better: when the video officially dropped today, so did the news that Lil Nas X is partnering with the justice initiative The Bail Project, which is currently working to end cash bail, which keeps 90% of incarcerated folks—most of which haven’t even been charged with a crime—in prison. This problem, like the vast majority of the others involving the legal and carceral system, affects Black folks and other folks of color more than their white counterparts.

The Bail X fund seeks to help. If you take a look at the “Industry Baby” video, you can see how much money has already been donated. At the time of me writing this, Lil Nas X has already raised over $21,000 for the cause.

One of my inside folx emailed me and said have you seen @LilNasX video? You should call him. 😂 So here it’s goes – HIIIIII let me introduce you to our work at @BLACKandPINKorg – Queer and Trans incarcerated folx are our lifeline. pic.twitter.com/Dvd8gepmmI

I mean, we knew Nas was cool, but this is next level. On the Bail X Fund site, Nas even penned a heartfelt, personal statement about what the bail fund means to him.

“Music is the way I fight for liberation,” he explains. “It’s my act of resistance. But I also know that true freedom requires real change in how the criminal justice system works. Starting with cash bail.”

Citing real stories from Black Americans across the country, including Vita, a trans woman in the South who explains in a Bail Project video that most of the people being arrested in her home city of New Orleans were already living in poverty. The added expense of cash bail makes it even more impossible to climb out from under an arbitrary jail sentence.

In his letter, Nas explains that ending cash bail is “one of the most important civil rights issues of our time.”

Honestly, we knew Lil Nas X would save the world somehow. This feels like it’s just the beginning.