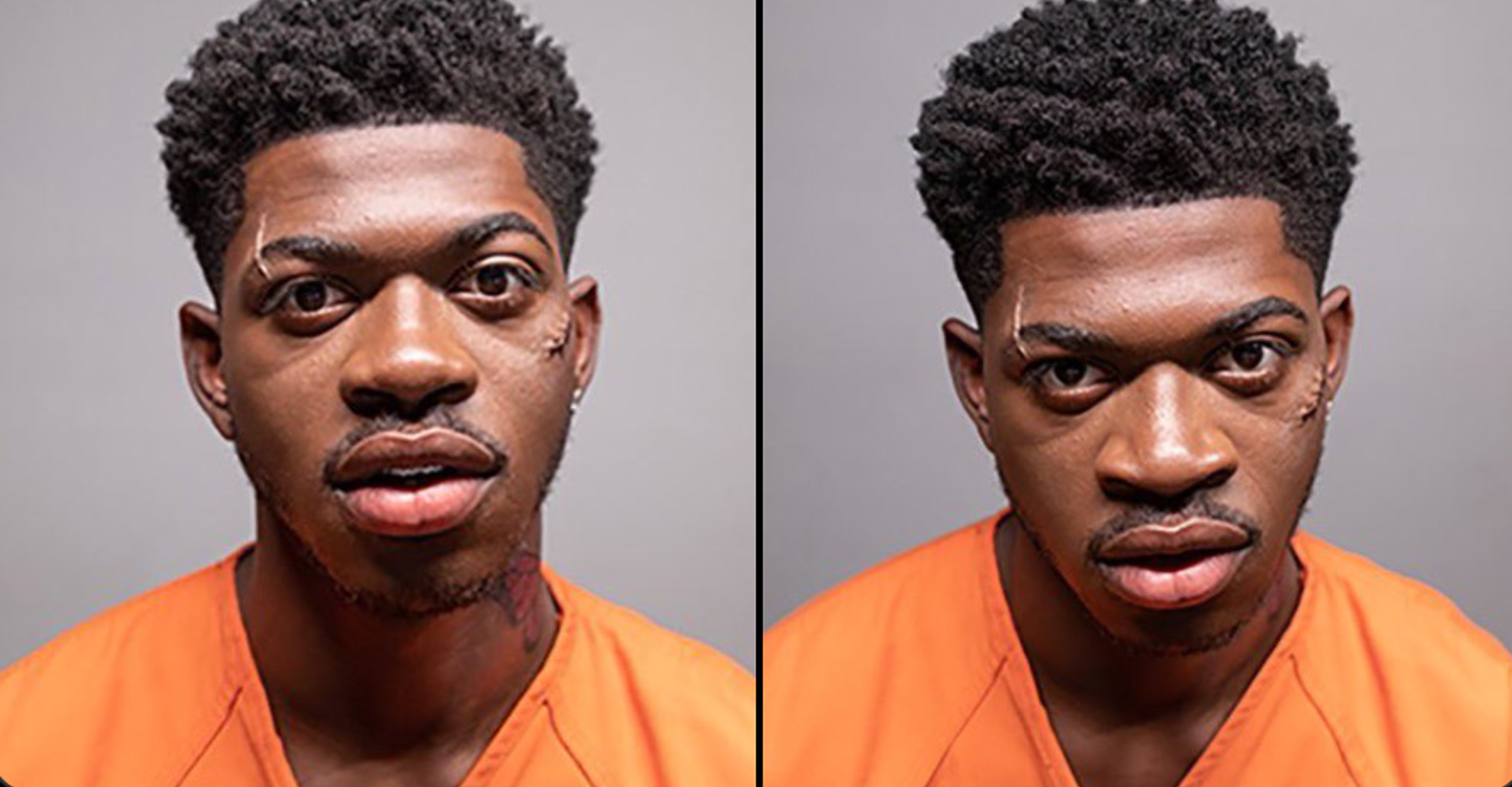 In a new teaser video released precisely 10 minutes ago, Lil Nas X flaunts his chameleonic skill and range by playing every character in a courtroom scene.

Released on Twitter via a fake mugshot, a post with the URL “FreeLilNasX.com” directed users to a webpage featuring a video simply titled “Nike vs. Lil Nas X: Satan Shoe Trial.”

But instead of a live stream of those no doubt fascinating court proceedings, we’re taken straight into the Lil Nas X cinematic universe via an Inherit the Wind style scene.

In this courtroom scene, not only does Nas play himself, the judge, a jury member, the prosecutor, AND the defense, he essentially puts himself on trial for being gay.

Just in case anybody thought the Satan shoe hype was anything but textbook homophobia.

“But do your mama know?”

Whereupon a jury member, who is also Lil Nas X, says “lock him up and throw away the key!”

Long story short, Nas is sentenced (by Nas) to five years in Montero State Prison. From there, we’re taken to a teaser for the as-yet-unreleased song “Industry Baby,” slated to release this Friday. Let’s just say it’s about to be a good, good Friday.