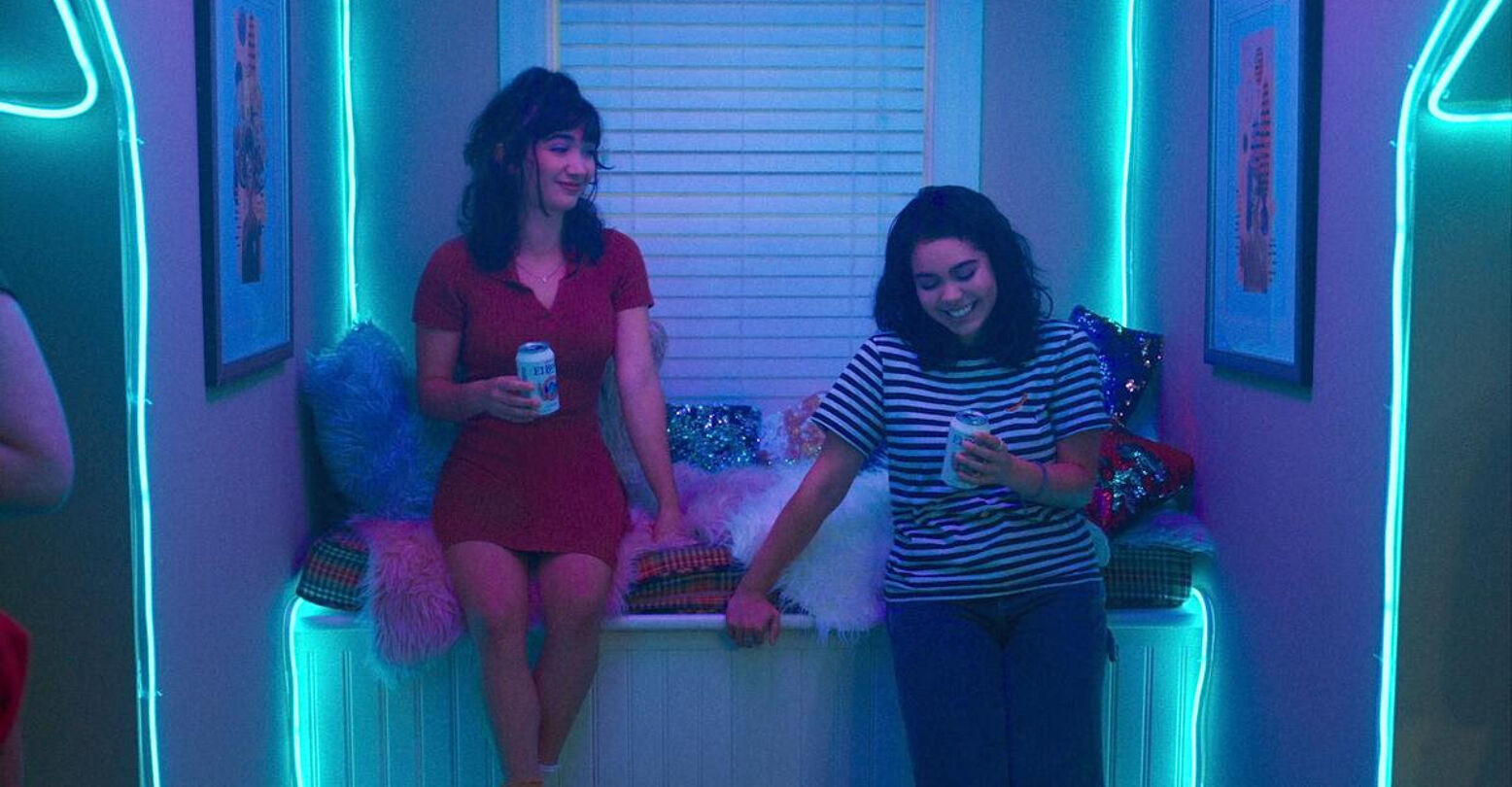 Move over Cazzie, there’s a new ship in town: almost. Hulu’s new original movie Crush—starring Rowan Blanchard and Auli’i Cravalho as two girls in love—will place queer teen love center stage at last, rather than saving it for the side characters. Although the production history of Crush carries its own drama—last year, Cravalho accused Blanchard of biphobia on the film’s set—the film still represents a step forward for the teen romcom genre, in which queer characters are usually given limited screen time, with the notable exception of 2018’s Love, Simon and its subsequent Hulu spin-off “Love, Victor.”

Crush tells the story of Paige, and artist who decides to join the track team to get closer to her crush…and ends up falling for someone else. The first look photos are looking pretty cute, and lest we forget, Megan Mullally is in the cast as well, so you know it’s going to strike the right balance of camp and sweetness. Will it be an agonizing journey of self-discovery on the level of lesbian drama Personal Best, or more of a gay To All the Boys I’ve Loved moment? Only time will tell. As Cravalho herself said, despite the on-set issues, “this movie is going to be so cute and queer!!!”