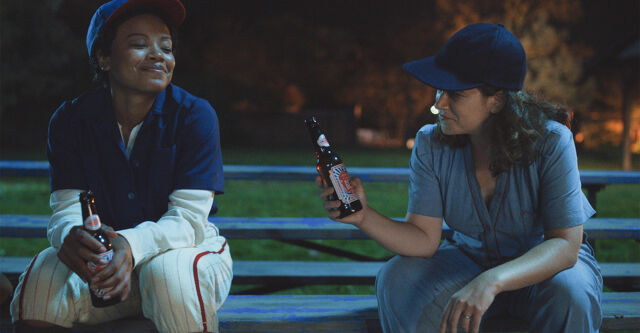 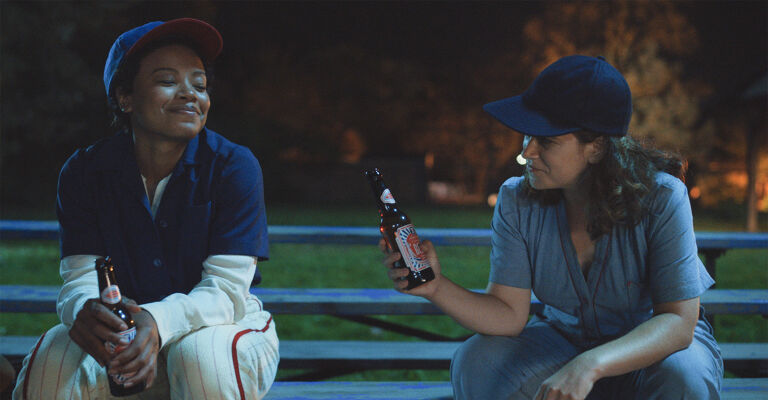 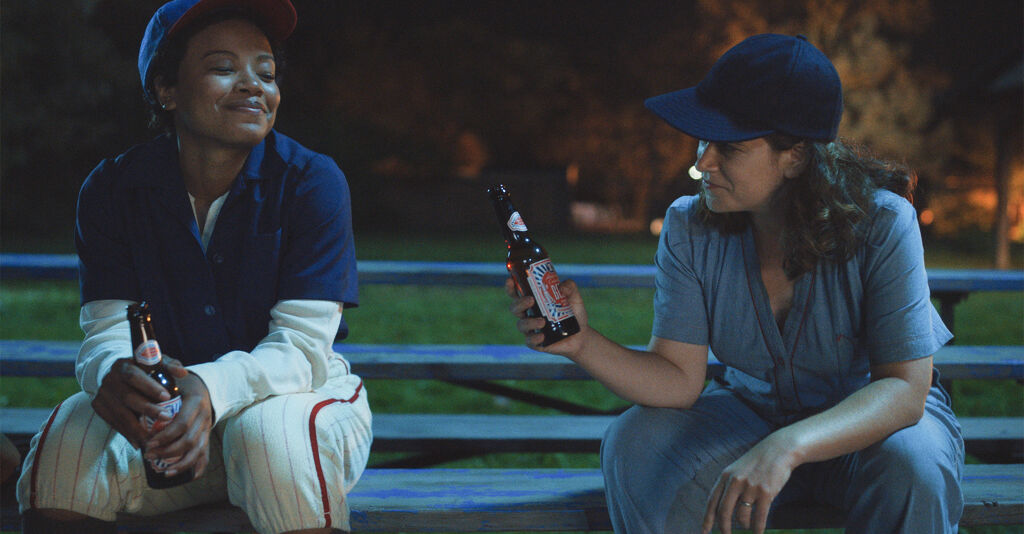 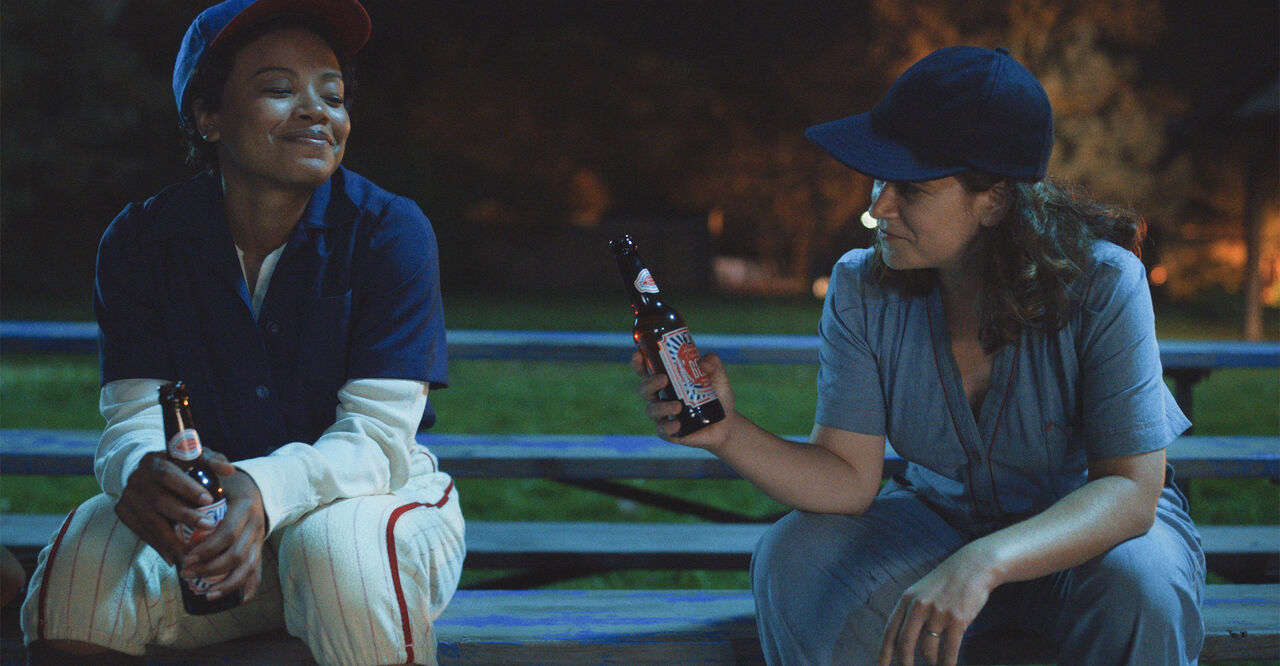 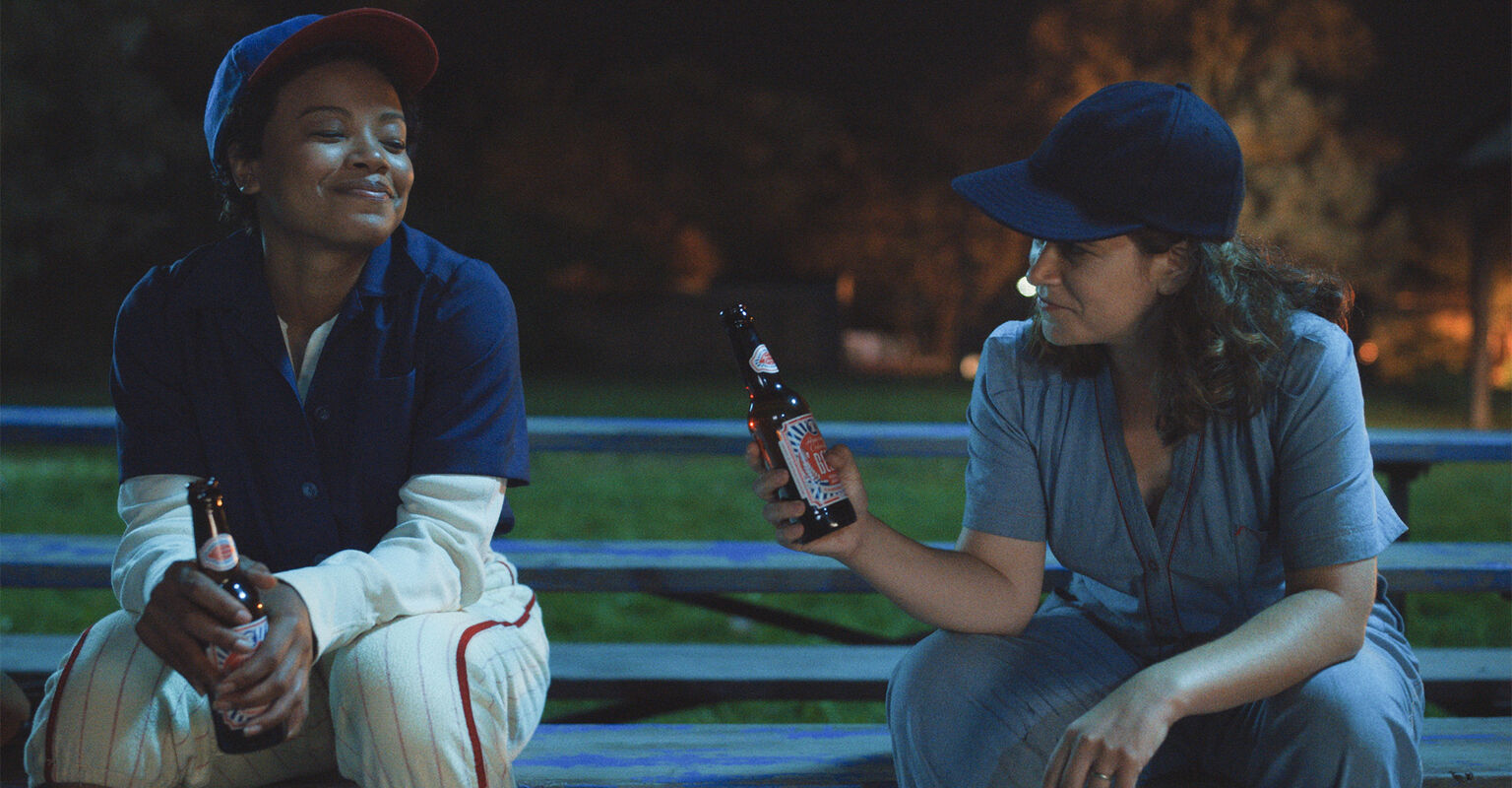 I am decidedly not a baseball aficionado. My career as a player lasted a few desultory seasons in grade school, where I adored the little helmets but feared deeply the speed at which my fellow nine-year-olds pitched the ball. My career as a fan flared bright but short, totaling but a single day, when the D.C. non-profit I was interning for in college bought us tickets to see the Nationals—a team I had never before heard of. By evening’s end, I was in the super-supporters section, sporting a new hat and screaming myself hoarse. I cried with joy when they won, and proceeded to promptly forget all about them. Suffice it to say, I am not known for my sports loyalty.

That doesn’t change the fact that since 1992, I have remained deeply loyal to “A League of Their Own,” a film that harnessed the Americana aesthetic to tell a triumphant, true story of American feminism. The against-all-odds success of the All-American Girls Professional Baseball League (AAGPL) is a piece of U.S. history worth celebrating, and Penny Marshall’s tribute, starring Geena Davis, Tom Hanks, Lori Pettey, Madonna, and Rosie O’Donnell, does that history proud.

But it’s also a film of its time, sidestepping, as most of Hollywood once did, narratives of queerness and non-whiteness in service to “audience appeal.” The movie gestures towards these elisions, notably in the brief scene where a Black woman (finally credited, decades later, as DeLisa Chinn-Tyler, a star softball player herself) barred from the whites-only league, throws a powerful ball directly into the glove of a Rockford Peach, and shares a meaningful look with Geena Davis before melting back out of the plot. The movie’s screenwriters said they included the moment to make a point without betraying the historical truth of the AAPGL’s color line. But another subtle scene – in which Rosie O’Donnell’s character Doris talks about not feeling like a “real girl” – evokes a gay subtext only because O’Donnell read it that way; according to her, Penny Marshall insisted it “wasn’t a gay thing.”

The original is a film a of its time, sidestepping—as most of Hollywood once did—narratives of queerness and non-whiteness in service to “audience appeal.”

As we’ve since learned, women’s baseball was a gay thing. A really, really gay thing. 95-year-old Maybelle Blair, who pitched for the league’s Peoria Redwings, summed it up matter-of-factly at Tribeca Film Festival this summer: “Out of 650, I bet you 400 was gay.”

Though AAGPL officials went to great lengths to tamp out any whiff of lesbianism, it’s now clear that for a lucky handful of talented women, pro baseball provided a rare opportunity to explore their queer desire.

The elisions of the past now serve as cornerstones for the rebooted “A League of Their Own” series, released last month by Amazon Prime. Created by Abbi Jacobson of “Broad City” fame, who’s been catching lesbians’ collective breath since she came out a few years ago, and Will Graham, the showrunner behind the quirky “Mozart in the Jungle,” the new series dives earnestly into the stories the original film only gestures toward: who is that Black woman with the powerful arm? And is Doris really gay?

In the new series’ retelling, that woman is Max Chapman (the brilliant Chanté Adams), a feisty pitcher who’s ravenous to play pro baseball despite the racial and gendered forces stacked against her. And yes, Doris is ultra-gay, restyled here as Jo DeLuca (Melanie Field, with enough Big-Dyke-on-Campus energy to captain a women’s college rugby team.) What’s more, her new sassy bestie from Queens (formerly played by Madonna – now D’Arcy Carden), is also gay. Oh, and so is Max, and so is the brooding Mexican pitcher, Lupe (Roberta Colindrez), and the strutting Canadian Jess (Kelly McCormack), and so on and so forth – even Rosie O’Donnell is gay, again, and explicitly this time, cameoing as the dapper owner of a cloistered lesbian bar. And, of course, Abbi Jacobson’s Carson Shaw is gay, replacing the original film’s straight protagonist with a fumbling, lovable Idahoan whose quiet, married life is upended when she earns a spot on the Rockford Peaches and tastes adventure – and Greta Gill – for the first time.

Even Rosie O’Donnell is gay, again, and explicitly this time, cameoing as the dapper owner of a cloistered lesbian bar.

The show is extravagantly gay, so much so that several episodes in, my fiancée and I managed to wonder (astounding no one more than ourselves) if perhaps it felt…too gay? Queer writer Gabrielle Korn quipped on Twitter, “I thought a League Of Their Own would be a baseball show with some lesbians but it turns out it is a lesbian show with some baseball.” In some ways, the series inverts the film’s focus: here, previously hidden stories drive the narrative, while baseball playing is often the gesture. At times, that gesture is so wimpy that it chews into the show’s foundational premise– namely, that these women are ridiculously good at baseball.

The ball playing gets more convincing as the season goes on, and the show finds its stride in the last few episodes, with richly explored queer storylines interspersed with the playing of real baseball.

Jacobson has acknowledged the series’ unabashedly queer lens, but pushed back against the idea that they’d made a “woke” version of the original. In an interview with The Cut, Jacobson said, “’No, we pitched what it was actually like.’” And she’s right: for the hundreds of women in the AAGPL who endured the charm classes and lipstick and the ridiculous skirts, who lived their queer lives in secret while entertaining Americans through years of brutal war, this new series is their chance at the story.

The series inverts the film’s focus: here, previously hidden stories drive the narrative, while baseball playing is often the gesture.

It’s also a chance to tell the story of Black women ball players, who play a much deeper role in America’s baseball history than the original A League of Their Own would have you believe. Toni Stone, Mamie “Peanut” Johnson, and Connie Morgan all played for the Black Leagues— a result of whites-only Major League Baseball—while Effa Manley and Olivia Taylor both owned and managed teams. Jacobson and Graham drew on this history in creating Max, who claws her way to a happy ending without any heartwarming intervention by virtuous white people.

Creating two protagonists on opposing sides of a racial caste system is a notorious challenge: it becomes tempting to magic away the real banality of evil, and to valorize the upper-caste character’s ability to single-handedly improve the lot of their poor, suffering friend (see: The Boy in The Striped Pajamas.) That Max has no such luck is this show’s best feature. She pursues her dream with relentless hunger, ruffling nearly every feather she brushes past, and steels herself against the daily humiliation of racism without becoming a wooden mouthpiece for racial justice. She survives on grit and laughter, and moments of tenderness with her family, and most of all, her friendship with Clance (Gbemisola Ikumelo.) Clance and Max are bosom buddies for the ages, a world unto themselves. It’s a relationship between Black women we seldom get to see on-screen, and I doubt it’s a coincidence that Jacobson—one half of the twenty-first century’s ultimate bosom buddy duo—paid it forward with this delightful friendship. In that respect, Jacobson offers a masterclass in how to create a world better than the one you started in.

I’ve written before that remakes are often an attempt to “get it right this time.” This new series is a bite at that apple, surely, but it succeeds because it resists the experience of devouring that fruit whole. Where “The L Word” reboot has atoned for the past by torturing itself into a hollow buffet of generic queer narratives, “A League of Their Own” chose specificity, burrowing deep into the complex desires and motivations of two singular people. At times, that soul-searching character development obscures the driving raison-d-être for the show – playing great baseball – but it makes for much worthier watching than the handwringing something-for-everyone approach we might have gotten with less courageous creators.

Let’s hope Graham and Jacobson get another bite next season: there’s so much more to say about this deliciously queer cast. But please, for the love of God, or the game, or the gays – let them play baseball. As far as this eye can tell, they are ridiculously, extravagantly good at it.♦