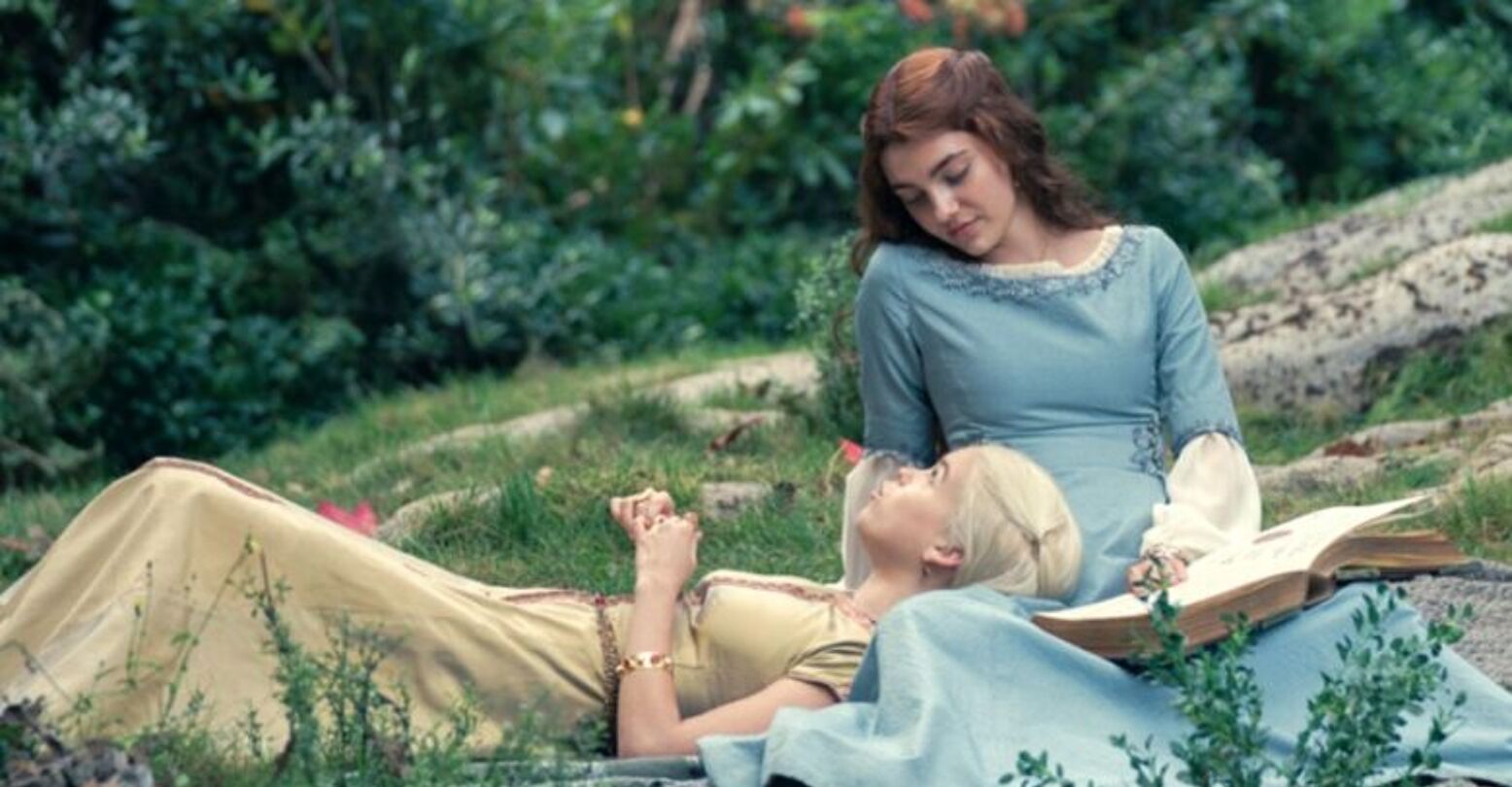 Game of Thrones’ long-anticipated prequel series, House of the Dragon, is finally here, and while most viewers are busy speculating on who might be getting the axe, queer twitter has their eyes peeled for queer romance. After much deliberation, the internet has identified Princess Rhaenyra and Lady Alicent as the most likely candidates.

Rhaenyra (played by Milly Alcock) is the daughter of King Viserys of House Targaryen, centuries before the birth of Game of Thrones’ Daenerys. The king must choose a successor, and it is down to either Rhaenyra or her uncle Daemon—setting up the kind of perilous family feud the franchise is known for. Rhaenyra’s one confidante is fellow 14-year-old Alicent (played by Emily Carey), the only other girl her age inside the Red Keep.

But several fans noted that the lingering embraces and longing glances speak to something deeper than courtly manners in their relationship.

the first time rhaenyra and alicent made eye contact i immediately said “oh lesbians!” out loud

Not my gay ass shipping Rhaenyra and Alicent knowing damn well it won’t happen 🤡 Friends, is it gay to call your bestie to ride a dragon with you? I think it is. #HouseoftheDragon

rhaenyra and alicent (house of the dragon) are the cottagecore lesbians ever.. “i wanna go ride a dragon w you and eat cake” WHILE LAYING TOGETHER ON THE GRASS???? THATS GAY pic.twitter.com/W3PGWbprcA

Me watching Alicent and Rhaenyra interacting when I know the story, Gay is in, Gay is hot. I want some gay. Gay it’s going to be.

It turns out all that homoeroticism isn’t just wishful thinking. During a press roundtable, the actors commented on the sapphic nature of Rhaenyra and Alicent’s interactions. “I’m just actually in love with Emily and so I think that’s it,” Alcock said, per Insider.

“It’s something we brought up with Clare Kilner, one of the directors we also work with for the younger version of the characters,” explained Carey. “It was something I was immediately conscious of when I read the script as a queer woman myself.”

Carey elobrated on her queer reading of the script, noting that the characters are obviously “a little bit in love.” The two actors decided that idea fit in with the reality of teenage friendship.

“I think any woman could think back to the best friend that they had at 14 years old, and it’s a relationship and a closeness unlike any other,” said Carey. “You do toe the line between platonic and romantic.

“Milly always says it’s like a tactile closeness and emotional closeness. Especially when it’s put in the context of this world where they are the only two young girls in the Red Keep. It’s 100% something we were conscious of. And so if it reads on screen, it was purposeful.”

The series covers a period of several years, so the young actors will soon be replaced by nonbinary actor Emma D’Arcy (Rhaenyra) and Olivia Cooke (Alicent). Both of these actors also agreed that there is more to the relationship than meets the eye.

“When you have your first intense friendship, you’re throwing all these emotions at the other person and seeing which one sticks,” Cooke added. “And it’s incredibly complex, but very passionate.”

While the actors have now confirmed that the subtext was intentional, we’ll have to wait and see whether Rhaenyra and Alicent’s relationship will blossom into an actual romance.

House of the Dragon airs Sundays at 9pm on HBO.