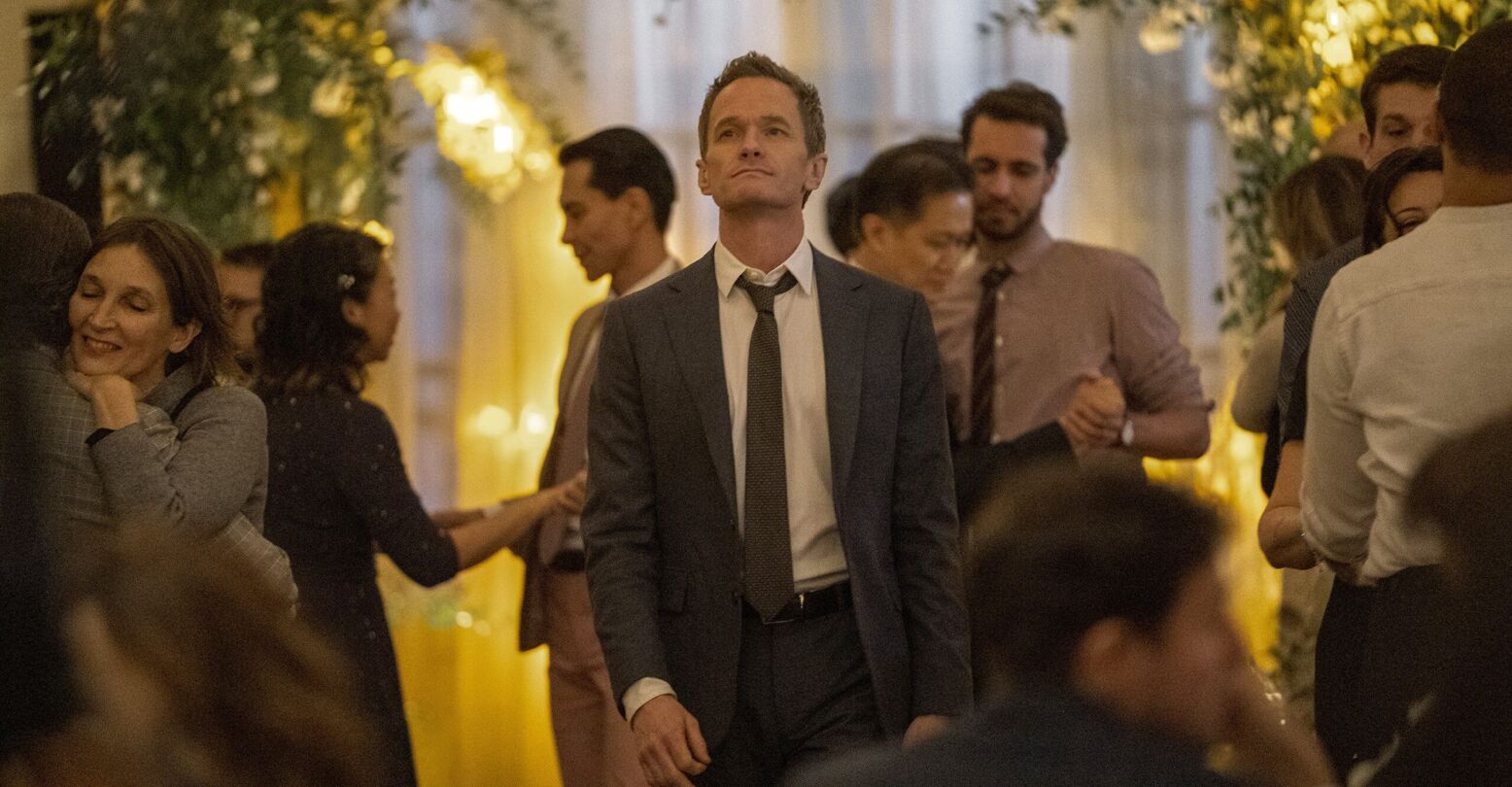 For a brief instant this year, Neil Patrick Harris gave an excellent performance as a character who sought control over his relationship, his life, and the disastrous things happening around him. This character grows as a person over the duration of the piece, in spite of dealing with loss and absurdity at every turn, and Harris’s performance expertly captured both the highs and lows, the comedy and the tragedy, of the character. It was a perfect melding of both story and actor asking: “What does life look like both during and after a relationship, and how do we, as flawed people, navigate these relationships?”

If you’ve read the synopsis of Uncoupled – the new Netflix series about a middle-aged man navigating life after his husband blindsides and leaves him after seventeen years – you might believe I’m referring to this show. But, in actuality, this description is about his short-lived stint as The Baker in Into The Woods (alongside the equally exquisite Sara Bareilles and Heather Headley as The Baker’s Wife and The Witch respectively.) This, paired with his deliciously self-aware work on Lana Wachowski’s The Matrix Resurrections, inspires one to remember what a talented actor Harris can be at times. But Uncoupled, almost as if to directly challenge that notion, offers unparalleled lifelessness in everything from his performance down to every bit of its writing.

There’s something off about Darren Star & Jeffrey Richman’s new show from the moment it begins. The eight-episode half-hour dramedy is a far cry from the comedies that both creators have worked on in the past, despite clearly trying to retread territory from each and every single one of them (from Frasier and Modern Family to Sex and the City and Younger.) Its jokes—whatever precious few exist in the series—are mostly an excuse to bitch and moan about others, particularly within the queer community. And its core viewpoint, that of a self-involved middle-aged white gay man written by self-involved middle-aged white gay men, is exactly what makes it so grating and tiresome.

The show’s jokes—whatever precious few exist in the series—are mostly an excuse to bitch and moan about others, particularly within the queer community.

Neil Patrick Harris’s character Michael is hard to describe beyond “annoying”, his flaws are placed at the forefront of the series but without an ounce of introspection. In an era of romantic dramedy shows that find their protagonists questioning their actions regularly, Star and Richman are comfortable embracing a certain vapidity for Michael. He lacks a distinct personalitym and Harris overcompensates by performing every line like he’s shouting to the balcony. The few rare moments where the script allows him to reflect and embrace the dramatic almost feel reminiscent of his performance as Bobby in Company; each lacking in nuance when exploring the ciphers that are their characters, but not without brief flashes of sincere emoting.

If Uncoupled were to lean into its dramatic beats, there might be something worth salvaging in the show. Its insistence on being “light and fluffy”, the kind of ambient TV content that is brainlessly consumed while folding laundry or cruising Grindr, is its downfall. There is no commitment to any of its bits, whether that’s exploring separation and dating anew or figuring out how fraught friendships and relationships can really be when you’re freshly single. Its writers quickly decide that the best approach to Michael’s separation is to throw him into the dating scene. But where Star’s past shows like Sex and the City and Emily in Paris found themselves developing relationships interestingly beyond a one-date-per-episode gimmick, Uncoupled turns every date into a short-lived joke.

The show’s idea of the queer dating scene feels like a relic, using Grindr jokes that have been around for over a decade and proudly boasting a sex-negative attitude in its approach that feels like it never left the Reagan era. Michael’s dated sensibilities on everything from casual sex to dick pics extends to the whole ensemble, all of whom are wasted in a show that doesn’t quite know how to elevate any of their characters beyond caricature. Tisha Campbell, Marcia Gay Harden, Brooks Ashmanskas, Emerson Brooks, and Andre De Shields have barely any humanity to them, largely serving as mouthpieces for bad jokes and the kind of gay stereotypes that populated American television in the early 2000s.

The show’s idea of the queer dating scene feels like a relic.

Here we have all the jokes at the expense of others (particularly, and unsurprisingly, fat people and trans people,) that come from your typical room of white gay writers who feel that culture has simply changed too quickly. Where much of the humor of a show like Younger came from giddily exploring the differences between two generations and how someone middle-aged would try to integrate themselves into millennial and zoomer culture, every line in Uncoupled reeks of contempt for new generations. It has no observations to make about queer culture that haven’t been stated by plenty of other queer comedies in recent years and its attempts at witticisms are staler than other contemporary sitcoms and their Gay Twitter gags that should have stayed in the drafts.

Uncoupled is simply a show that has barely any laughs (though I’ll cave to finding Harden and Campbell’s shared scenes amusing and charming in a classic Sex and the City sort of way) and barely any drama (with Ashmanskas’s Stanley coming across as the only character with more than one layer.) It lacks eroticism in its approaches to Michael’s new sex life, or even a hint of charisma from any one of the chiseled supporting men who roll through his bedroom, and each episode feels like a chore rather than a frivolous delight in spite of its short running time.

So why does Uncoupled exist? Who f*cking knows. But knowing Netflix, it’s on its way to a second season renewal while the platform’s precious few genuinely worthwhile queer shows (remember The OA?) remain canceled and lost in an overflowing graveyard of worthless content.♦