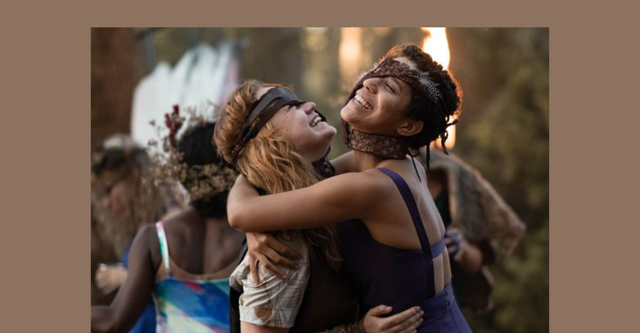 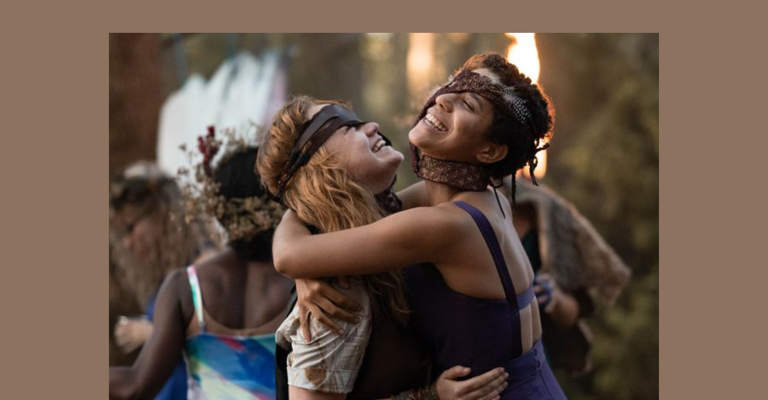 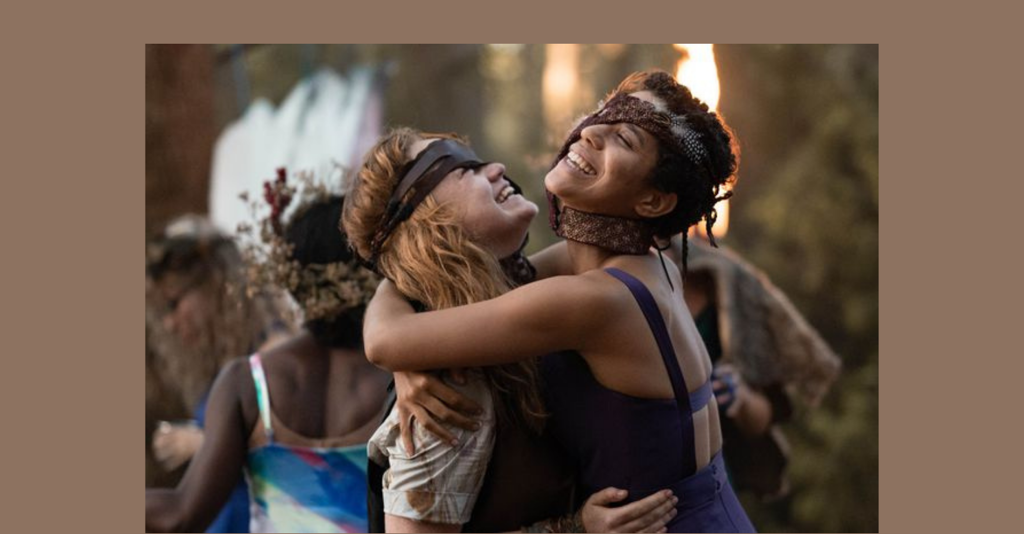 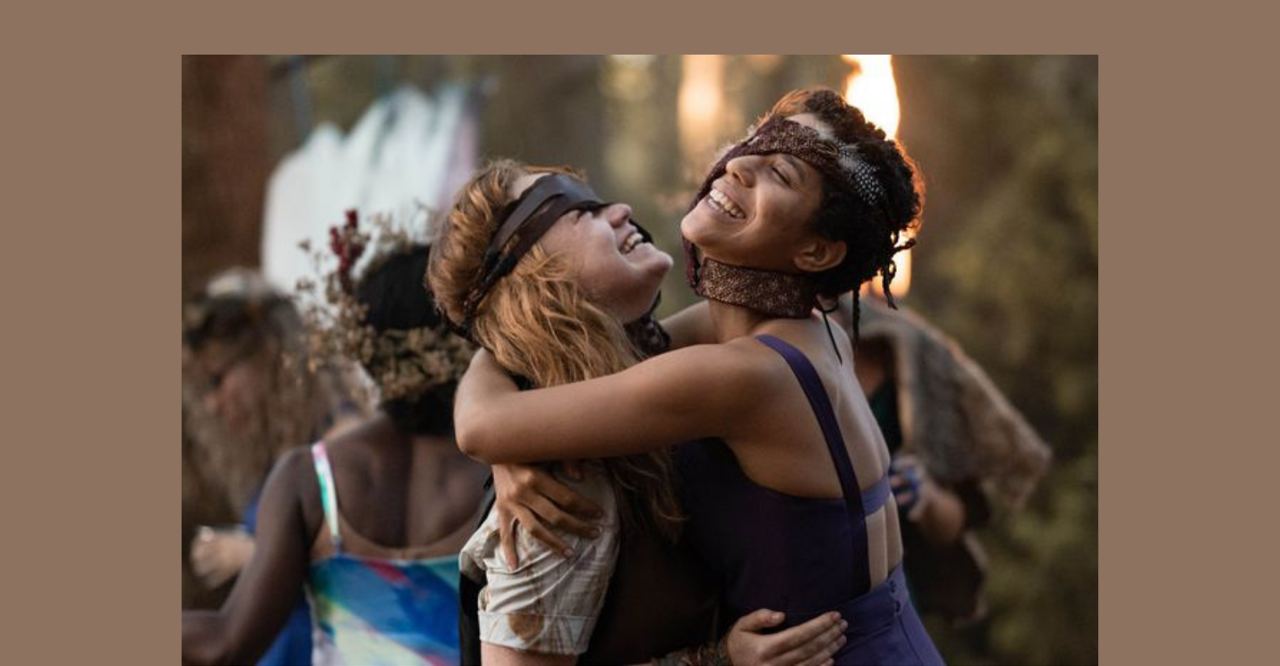 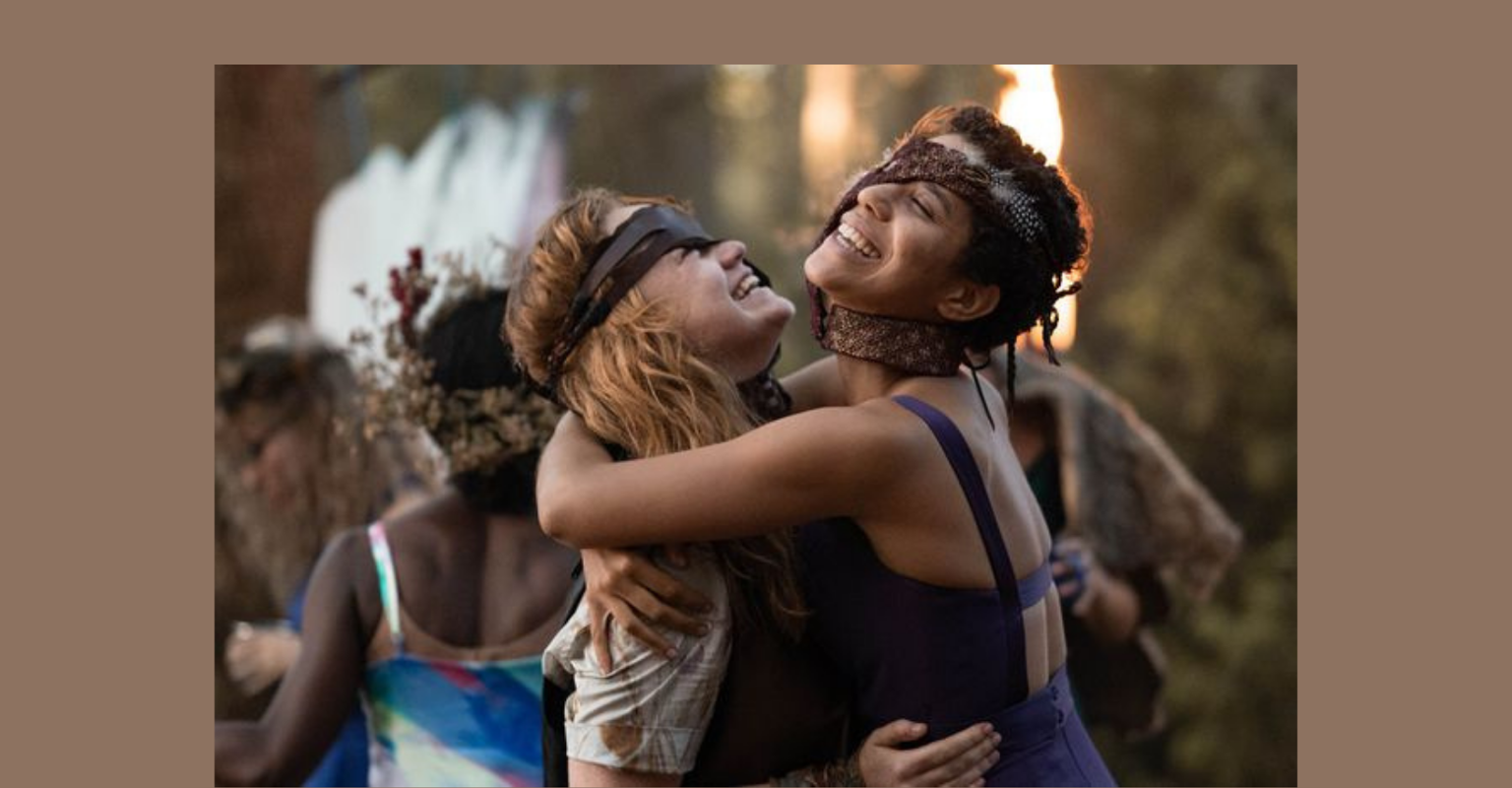 Yellowjackets has no hesitation in showing not just queer joy, but also the fraught romantic relationships between teenagers. The Showtime series follows a high school women’s soccer team after they crash in the Canadian wilderness and survive for nineteen months before being rescued, paralleled the story of four of the crash’s survivors: Shauna (Melanie Lynskey), Misty (Christina Ricci), Natalie (Juliette Lewis), and Taissa (Tawny Cypress).

Much of the narrative revolves around smart-but-shy Shauna (Sophie Nélisse in the 1990s) and her friendship with the popular Jackie (Ella Purnell). Though the stakes are high for characters in both the 90s and present-day timeline, teenage angst now has life-or-death consequences as the team must figure out how to survive when it seems like no one is coming to rescue them. All stuck together, intimacy grows and splits — like in the case of Shauna and Jackie, whose relationship has the push-and-pull of fraught teenage relationships, similar to Megan Fox and Amanda Seyfried’s characters in Jennifer’s Body.

The tensions in their relationship are only exacerbated by the crash; instead of being brought together in the name of survival, they split apart as Shauna grows into an identity outside of Jackie. Taissa (Jasmin Savoy-Brown) and Van (Liv Hewson), however, form a romantic relationship while in the wilderness, existing in a limbo between survival and high school hierarchy.

Taissa and Van form a romantic relationship while in the wilderness, existing in a limbo between survival and high school hierarchy.

Taissa (Jasmin Savoy-Brown) and Van (Liv Hewson) steal knowing glances at each other before the crash, but don’t act on their obvious interest in each other. In Yellowjackets, their relationship in the early stages both reflects the caution exhibited by queer women in general, but also by teenagers. For teenagers and queer folks alike, it’s hard to admit attraction unless it’s obvious the other person is interested. In the case of Taissa and Van, not only do they need to worry about general teenage embarrassment but possible ridicule from classmates or ostracization from their soccer team.

With the taboo of “socially acceptable” gone, Taissa and Van are free to pursue a relationship while stranded, though this relationship compounds the typical intensity of teenage girl relationships — romantic or otherwise — with the ever-present threat of death. Relationships can no longer be taken lightly, since survival is at stake. Nonetheless, Van and Taissa’s romance only deepens as the two begin to spend time alone together, in secret from their team.

Yellowjackets deftly characterizes the relationship between Taissa and Van — they are at once tender and loving, while also deeply dependent on each other for companionship. As relationships around them break apart, Taissa and Van are exploring their own type of relationship. Their circumstances, though, only accelerate the intimacy, as if the couple are at a sleepaway summer camp.

Their relationship is contrasted with Nat (Sophie Thatcher) and Travis (Kevin Alves), who develop feelings for each other, bonded by their shared role as the team’s hunters. This couple’s relationship is on display to the team — both the good and the bad. Despite their efforts to hide their romance, the team and Coach Ben (Steven Krueger) put together that Nat and Travis aren’t just hunting. The audience knows Nat and Travis are bad for each other both because of their actions towards each other and information from the present-day timelines.

Their circumstances only accelerate the intimacy, as if the couple are at a sleepaway summer camp.

At first glance, Taissa and Van have a much healthier relationship, but it’s also marked by codependency and a sense of responsibility for the other’s happiness. After Van is attacked by wolves on her scouting mission with Taissa, the latter takes responsibility for Van’s injuries, knowing that her relationship with Van influenced Van in coming on the trip.

In both cases, the relationships among the crash’s survivors are complicated. Van and Taissa aren’t dating just for queer representation; their relationship is handled with as much care and importance as the show’s teenage friendships, straight relationships, and the romantic relationships of the characters in the present day.

Even though Taissa and Van have their complications — namely the problem of Taissa’s “duty” to Van after Van was horrifically injured — their relationship is perhaps the healthiest among the romantic relationships in the show. Even the show celebrates their love. When the couple arrives at Doomcoming, they are met with smiles and cheers. Taissa and Van’s friends know what they have is special. For the couple, Doomcoming ends with a tender sex scene, cementing their relationship as something to root for.

The show also refrains from making coming out a plotline. There’s hardly any discussion between Taissa and Van — with each other or otherwise — about the perils of coming out. Often, queer stories are shunted into one of two categories: the difficult coming out or the romance that ends in tragedy. Taissa and Van relationship isn’t fraught with homophobic fear at sharing their relationship with their (small) world.

Van and Taissa’s relationship isn’t a twist or a shock. According to the show, it’s a normal relationship. With so much queer media — especially horror media with queer characters — ending up dead queer characters, it’s paramount to see the queers survive. Yellowjackets doesn’t bury its gays, it allows its queer teenagers to thrive despite their harrowing new life. ♦