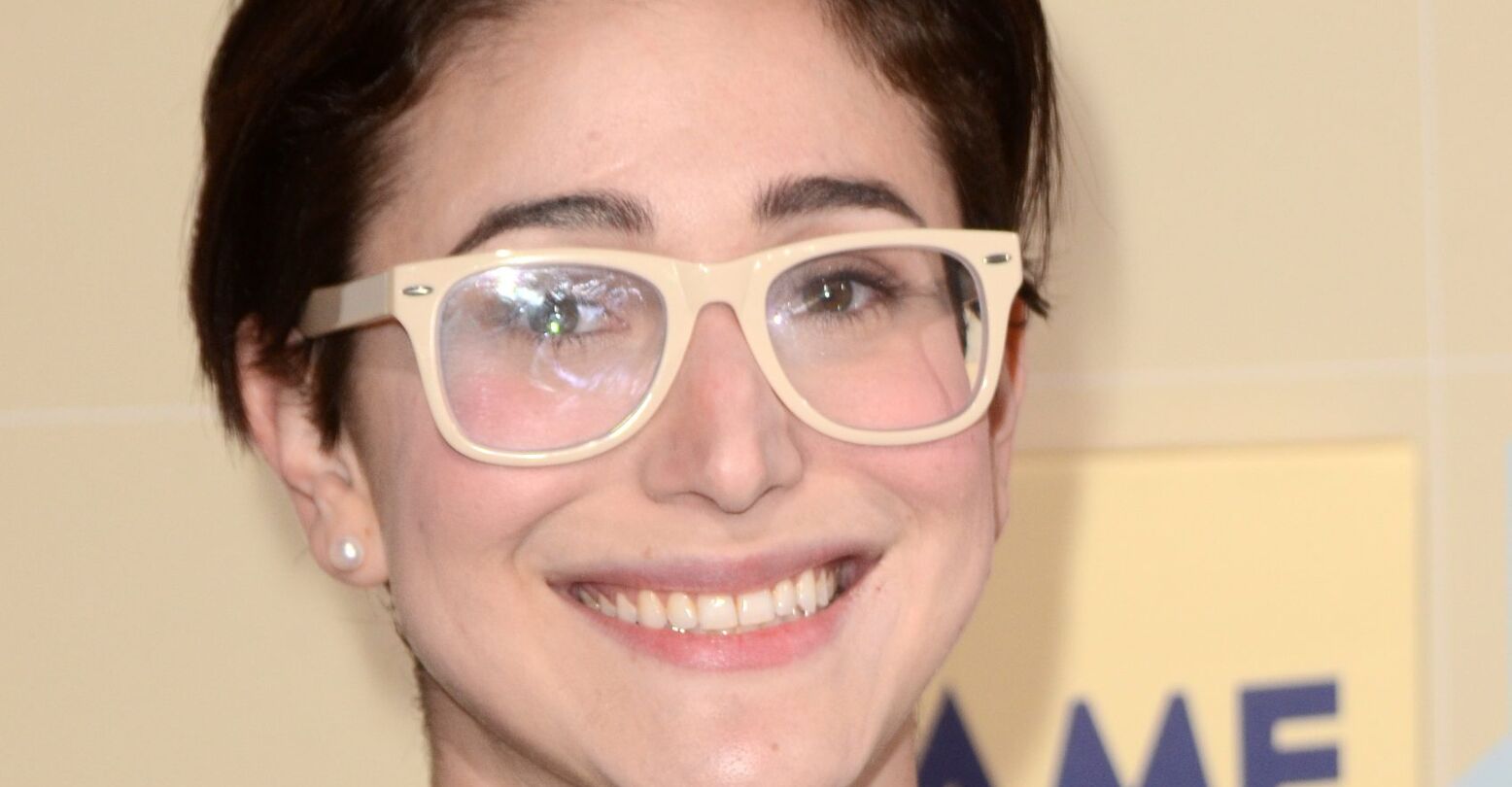 “I’m on a path,” Gaby Dunn admits in the first few minutes of their interview Tuck Woodstock, host of the trans podcast “Gender Reveal.” It’s Dunn’s second time in the hot seat: Woodstock first interviewed them for the podcast in 2018. This episode—which premiered yesterday—is a bit different. When Dunn was first interviewed, they used she/her pronouns. Today, they’re in a different place.

“Nonbinary is the thing that’s happening right now,” they explain. That’s the path they’re on now: toward something less binary, less cis, and ultimately, less queer woman-branded than before.

If you think you haven’t heard of Gaby Dunn, let me personally guarantee you that you have.

Dunn belonged to the first class of Buzzfeed creators who found their following via the company’s huge platform, and continued to thrive independent of the studio. Famously, in 2015, Buzzfeed bought and sold Dunn’s image,  leading Dunn to write a long Splinter explainer about the perils of selling your ideas (and image) to a content creation company. 2016 was a huge year for Dunn in general: a life-changing breakup led to other projects, and other, queerer relationships. After Dunn’s boyfriend broke up with them in 2016, it hit Dunn hard. Speaking with Woodstock, Dunn explains that their gender identity was one of the reasons their ex cited for dumping them.

“The first time [my gender identity] came up was in a rejection,” they explained to Woodstock. This lead Dunn to feel that “if I come out, people will break up with me.” Then, a year or two later, in between hosting the finance podcast “Bad with Money,” writing the graphic novel Bury the Lede and creating more content for Just Between Us, Dunn’s YouTube project with Alison Raskin, Dunn met someone new: the trans musician Mal Blum.

Now, things are feeling a lot different. Dunn’s relationship with Blum opened up the nonbinary floodgates, and now they’ve got questions. Primarily about hair. “When I was cis, I had a shaved head, short hair,” Dunn says. “I didn’t feel any qualms about it. I was dating cis men at the time, it didn’t feel loaded or anything. And now, my hair is very long, and all of a sudden the idea of what my hair should look like is a nagging thought all the time.” Dunn continues, asking: “Do I have to cut [my hair] off for people to take it seriously?”

These are all sweet baby egg questions that make a lot of sense. But also, let’s not forget that Dunn has been asking the questions and doing the work. In the interview, they open up about feeling a reaction to trans folks who, without changing their hair, name, or image, change their pronouns. Where before they felt a frustration and impatience with them, they now feel excited about the possibilities.

It comes with some complications, however. For one thing, Dunn’s “spicy” takes have lost them followers. “My fan base is largely cis bisexual women,” Dunn says. “And I slowly over time have been like, ‘that’s not me.'”

Dunn has been trying to break out of that old box (“that bi woman from Buzzfeed”) for years. Even before they started to use gender-neutral pronouns, “it felt like all these people were perceiving me incorrectly.”

“I sometimes feel queerer than my audience,” they tell Woodstock, explaining further that their relationship with Blum, and befriending more trans and gender non-conforming people, has expanded their world, and their sense of self.

Now, it’s anyone’s guess what’s next for Dunn. Except it’s totally not: they’ve got a TV show in the works and just sold a feature film, both of which feature queer and trans characters.

“It would have been easy to stay as the palatable bisexual white woman…but I had to, every few years, just fuck it up and do something different. And people don’t like it.”♦