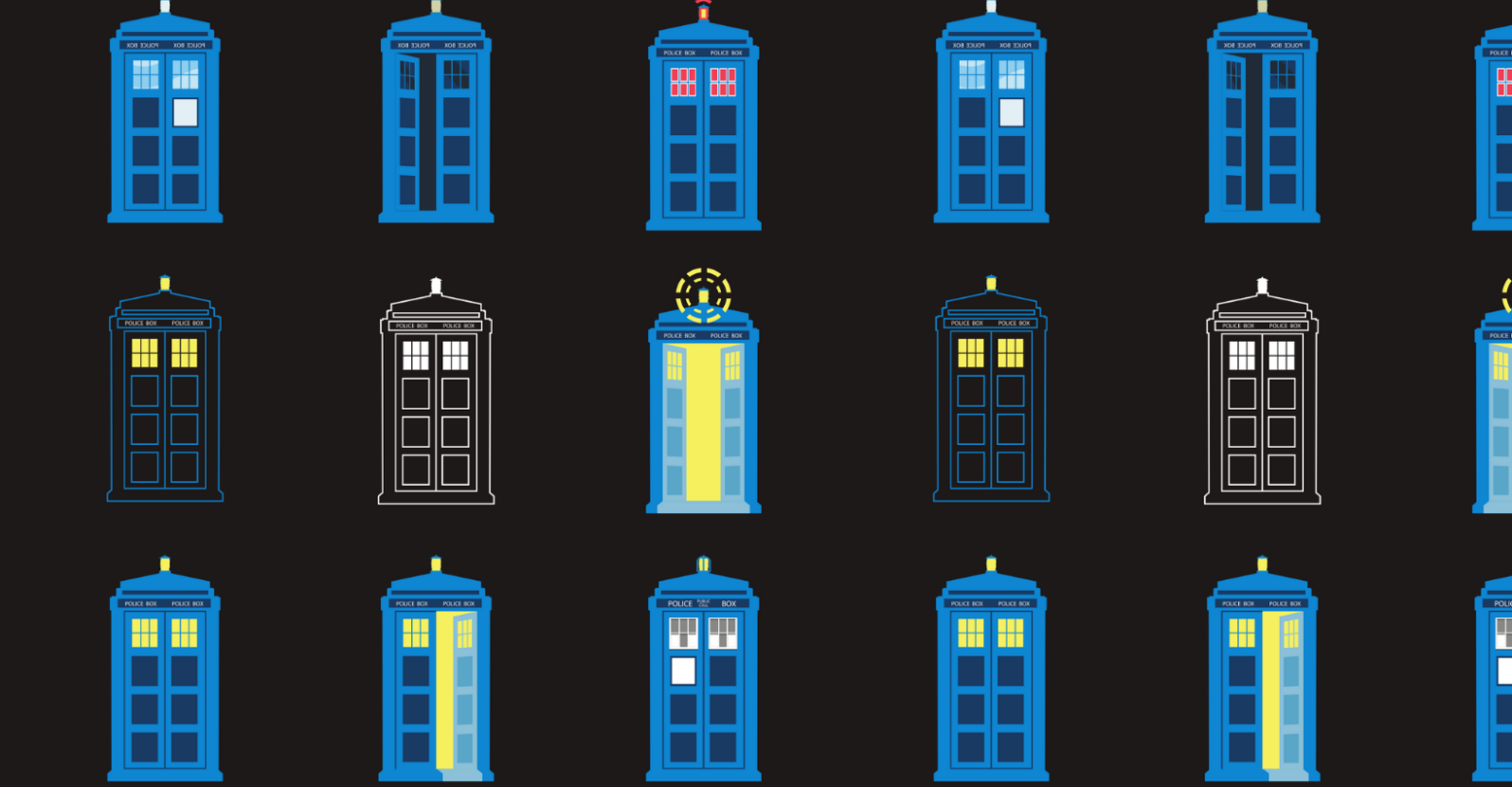 If I had to blame anything on my “corruption” into a queer person, I would blame Doctor Who. It started there, anyway. I was sixteen and just had my wisdom teeth taken out, which meant I spent my days lying in bed watching Netflix. Without any Mad Men to catch up on and having watched Ferris Bueller’s Day Off three times in a row, I was ready for something new, so I turned on Doctor Who, which I had heard about on and seen GIFs of Tumblr, but never watched.

Despite being a dedicated evangelical, my media consumption was not focused on purity. I remember reading The Girl with the Dragon Tattoo when I was sixteen and then watching the film with my dad, which was very awkward, to say the least. My favorite show was “Mad Men” and I listened to Vampire Weekend on repeat. In no way was I the model of piousness. Around this time in high school, I began using Tumblr; first for book fandoms and Star Wars, but it slowly devolved until I was seeing SuperWhoLock every three posts. I had never watched any of the shows before, even though they looked interesting — and right up my alley. My identity at that time had been threefold; I read books, I went to church, and I liked Star Wars.

Despite being a dedicated evangelical, my media consumption was not focused on purity.

So, without much to do, I started watching Doctor Who. It started casually in February of 2012, but soon I had devoured every season. The show’s revival premiered in 2005 and the early seasons are definitely riddled with not-so-great special effects, but in a way that gave the show its charm. I was enamored with the stories and the travel, the endless charm of the Doctors, and the compassion the Doctor has for humanity. At the time, I attempted to practice this type of radical love and compassion through the lens of my church. There was something different about the Doctor’s interest in saving humanity, though, almost as if the Doctor’s commitment to human life transcended all morality.

Doctor Who also featured the first queer character I had ever seen on screen in Captain Jack Harkness (John Barrowman.) My initial reaction, of course, was discomfort as I had spent most of my life hearing that queer people were going to be damned to Hell. Supposedly all sins were created equal, but in practice, some, including “homosexuality,” were worse than others. I knew this with my soul because I had spent years pretending that I wasn’t in love with my best friend, that my desire to kiss her wasn’t real, that it was just part of pubescent growing pains — ”deny yourself and take up your cross” or something like that. In Doctor Who, Jack’s sexuality just was, there wasn’t a huge affront to his bisexuality. It was part of him and devoid of the morality that I had been taught belongs to anything that’s not straight.

I had spent years pretending that I wasn’t in love with my best friend, that my desire to kiss her wasn’t real, that it was just part of pubescent growing pains.

As I continued to watch the show, I fell deeper into the Tumblr hole that shipped John Watson and Sherlock Holmes from Sherlock and discussed Nico coming out in House of Hades. I found that I was becoming “desensitized” to the “problem” of being gay. In an AP Government class, our teacher had us play Congress. One of the bills we had to vote on was marriage equality — which passed with a huge margin. I voted for it after convincing myself that I only voted to pass the act because I was a firm believer in the separation of church and state, which was bona fide bullshit.

I began to catch flack from friends and peers for my lackadaisical approach to the issues surrounding “homosexuality.” Unlike many people in my church, I did not actively avoid “corrupted” media, nor did I find the need to warn people about the existence of queer characters. Slowly, queerness became part of my world — inviting in the “progressive” ideas meant that pieces of my faith began to fall apart. The two could not coexist.

So, I went to church on Wednesdays and Sundays and led Bible studies, but would go home to Tumblr and Doctor Who seasons 5-7, which further sent me down a gay spiral because I had a crush on Amy Pond (Karen Gillan). In the beginning, I just thought she was the most badass character I had ever seen on TV; I wished I could be her and join the adventures. I felt a kinship with Rory (Arthur Darvill) because he got to be with Amy, and wouldn’t it be great to be part of that relationship? My naivete was only lost on me. I was consistently oblivious to the hints dropped by my family about my sexuality as if they were just randomly making conversation about being gay.

With each episode found myself even more removed from the religion that was once my home.

Once I finished Doctor Who, I had to move on to something else and so I followed the advice of the people I followed on Tumblr, spending a rainy spring weekend binging Sherlock and then the summer between my sophomore and junior year hooked on Supernatural. I tore through all kinds of like nobody’s business, racking up 50ish books a year and watching many episodes of TV, finishing not only the holy trinity of SuperWhoLock, but moving on to Firefly, Dollhouse, and Freaks and Geeks, and Orphan Black. I didn’t filter anything and with each episode found myself even more removed from the religion that was once my home.

Of course, the media corrupting children is a fear — but it has been since we all began consuming content in the way we do now. I never saw my own TV obsessions as a corruption, because when I finally did come out just after I turned 21, I felt that my love of TV made me a better, more compassionate person, as cliche as that may sound.

Though I kept up with Doctor Who, watching season seven as it was released and all of the Christmas specials in between, my watching of the show tapered off once I lost access to BBC America. I tried for a few months to find somewhere to watch it online to no avail. So, I stopped watching Doctor Who, only keeping up with the stories and characters through news articles and my Google searches every couple of months.

Recently, I started watching the show again. It’s become something of a comfort for me; when I’m feeling down, I’ll turn on “The Pandorica Opens’‘ (season five, episode 12). Watching it is both familiar and new, reminding me of the closeted, fearful person I used to be and who I am now. There’s power in watching Amy, Rory, and The Doctor saving Earth over and over. In my current watch though, I decided to break out of my usual parameters and finally use my HBO Max subscription to its full potential by seeing what I’ve missed. I’ve missed a lot. ♦