Despite making up the largest portion of the LGBTQ community, bisexual people still face innumerable misconceptions about who they are — both from within the community and outside of it. The stereotypes and myths that continue to be perpetuated about them cast them in, well, a bad (and flat-out false) light.
To help combat this, INTO enlisted 13 public-facing bisexuals to bask in the glow of bisexual lighting, and to tell us what being bi+ means to them. For most, it holds an important significance that is often overshadowed by outsiders’ perceptions.
#BiWeek offers an important opportunity for people to openly embrace how beautiful, complex, and important their identities are and can be. 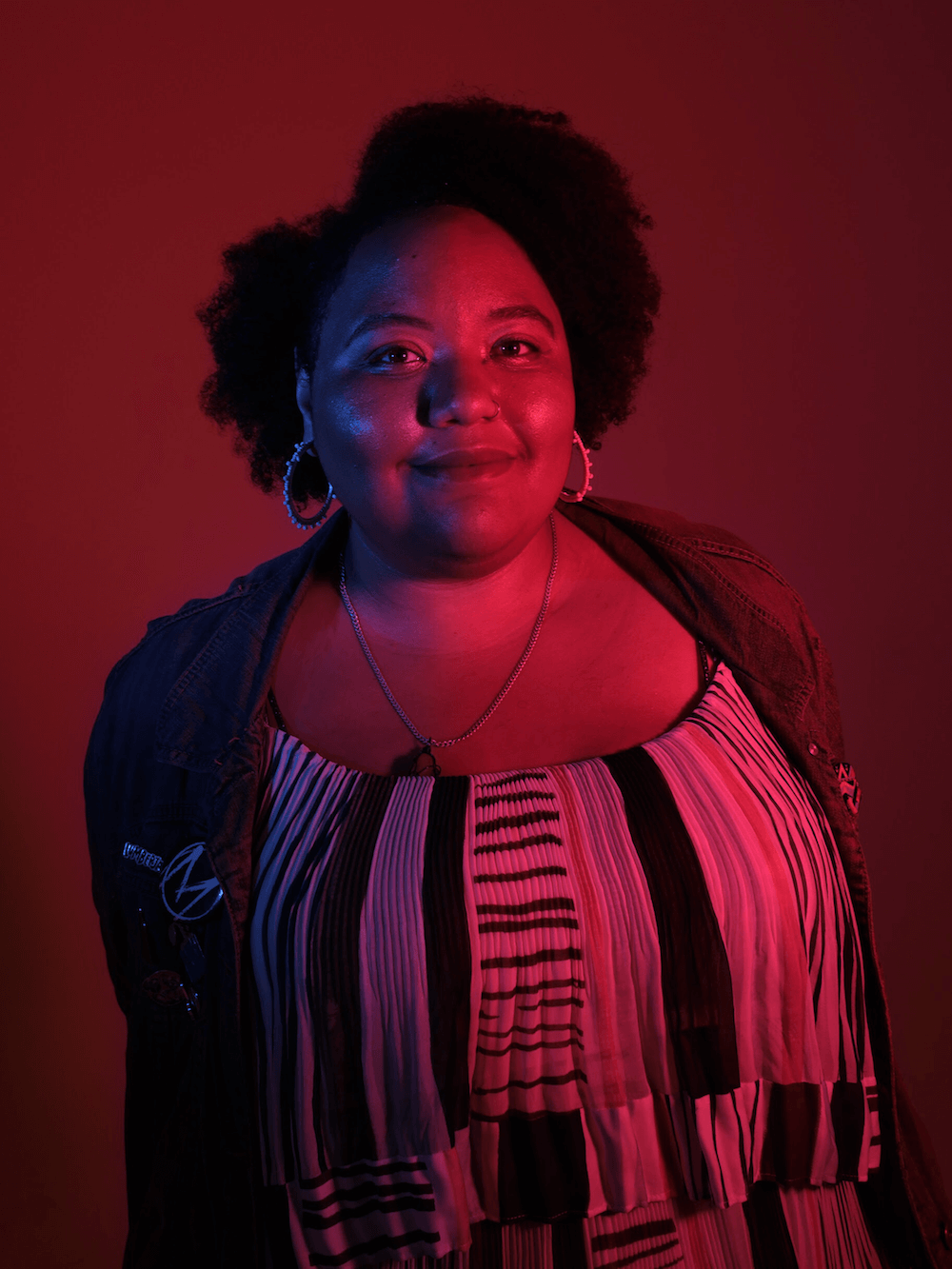 “We see love as an endless array of possibility. That’s a beautiful place to exist. I’m Joelle Monique. I’m bisexual and I’m proud.” 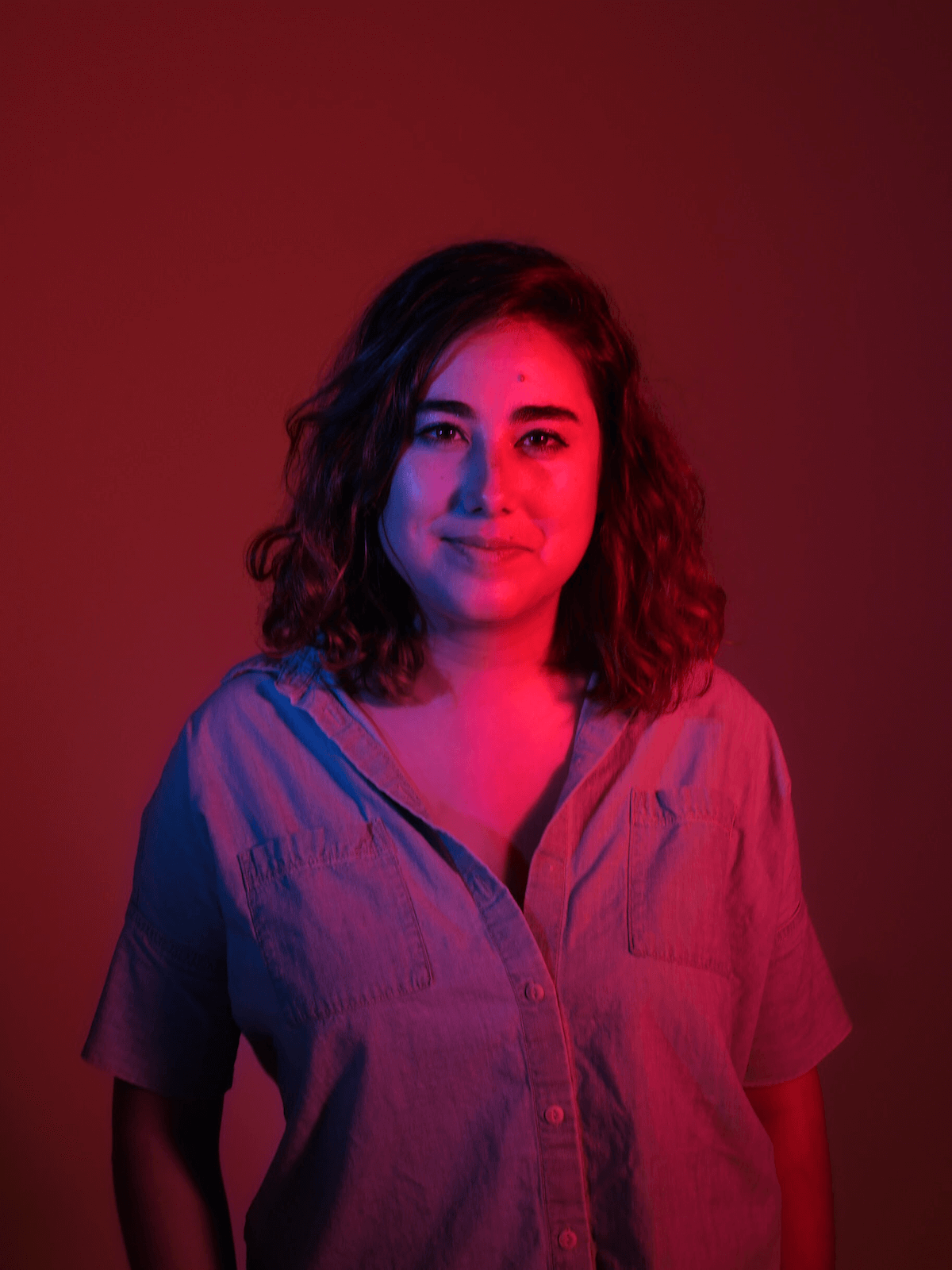 “My biggest struggle with being bisexual is never fully feeling enough of one thing. I’m also part Latin American and white, so growing up I’ve never known what box to put myself into. I never felt white enough to be fully white and I never felt Latin American enough to call myself Mexican American. My hair is curly but then when I called myself curly-haired people said it wasn’t curly enough. Or people in the LGBT community have said the story I want to tell doesn’t represent them and straight people have suggested I’m doing it for attention. I’ve just been through cycles of people telling me I don’t fit in their category. I’m still learning to speak up and feel comfortable that my story is different and unique to me and that’s okay.

For a long time, I didn’t publicly talk about my sexuality, in my early twenties especially. At BuzzFeed, we have very vocal and prominent LGBT+ role models. But even being in this accepting environment I felt anxious to talk about who I was dating or tell my own story because of those past experiences. I don’t like that I feel like I have to prove myself, prove my queerness, or prove my heritage to anyone. So at this point, I’m going to let my chemical straighten grow out, talk openly about my experience because that’s the only one I can speak to, and try to build a happy life for myself.” 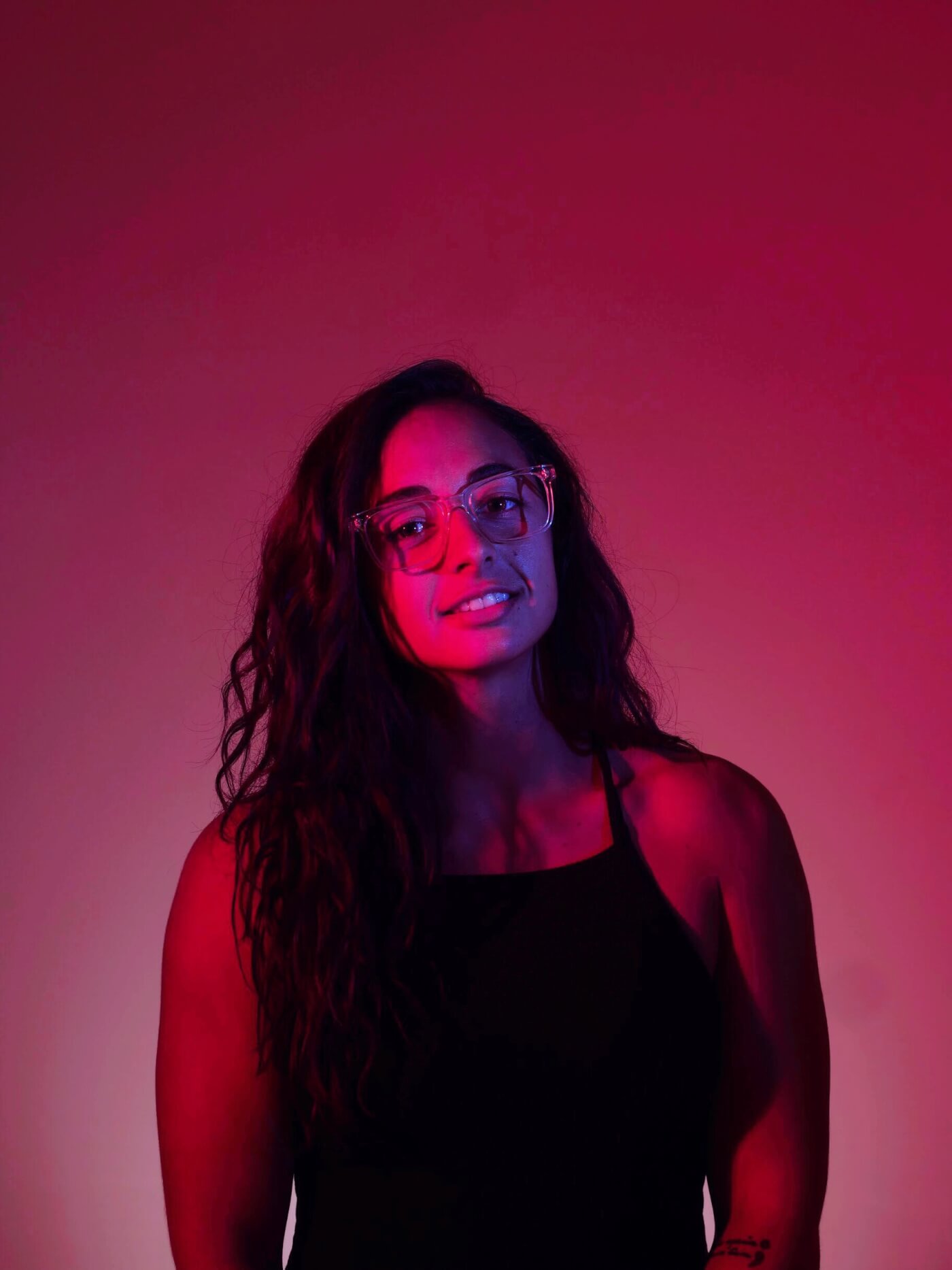 “I think bi visibility is important to me because we’re still struggling to be seen as valid. We fall in this in-between place where the LGTBQ community doesn’t feel like we’re queer enough but we aren’t straight enough to fit in outside of the community. And it’s especially important because even though we are more than just our sexual/gender identities, they still are a huge part of who we are. I’m a bisexual woman in a hetero relationship but I’m still screaming my queerness from the rooftops because it’s about more than just who I’m partnered to. I came out when I was 16. I came of age surrounded by queer culture. Being bisexual informs the way I walk, talk, and present myself. It informs all of my past and future experiences. And this is still true for people who come out later! Sexuality is about more than partnerships. 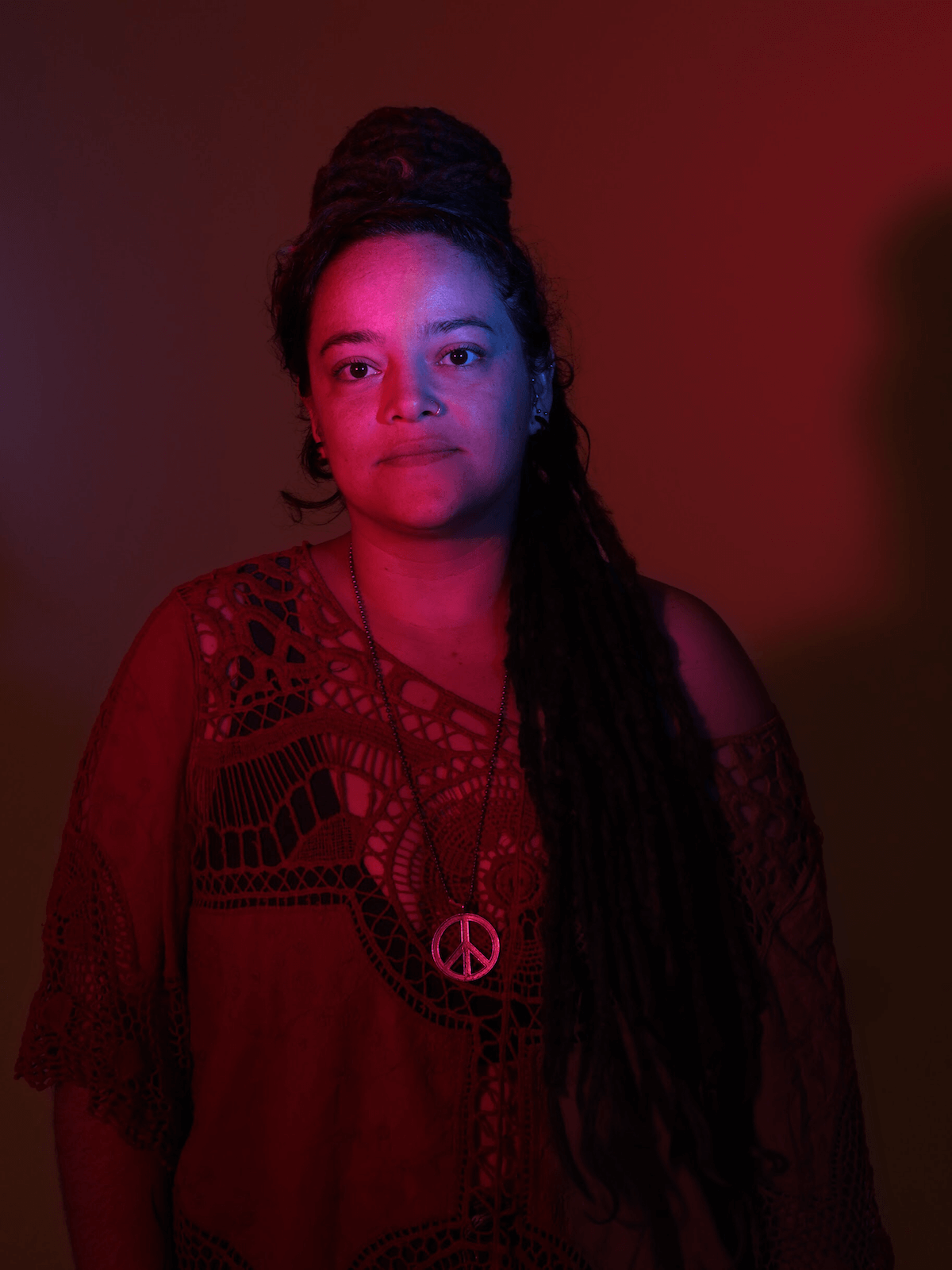 “Being bi is about honoring every aspect of myself. It’s about not having my partner’s gender dictate my sexuality. I’m bi regardless of if I have a boyfriend, girlfriend, theyfriend, or nofriend. My bisexuality is about love and community and happiness. It’s about letting my relationships bloom from a deep, true place. I spent a lot of my life confused about bisexuality — the whole phase thing– but when I finally let go of that fear, there’s never been such joy. These days I quite literally wear my bisexuality in the form of a bi triangle tattooed on my thumb. Bisexuality is so much of who I am. I love occupying that liminal space.”

Alex Schmider, Influencer Relations Specialist at Grindr and INTO 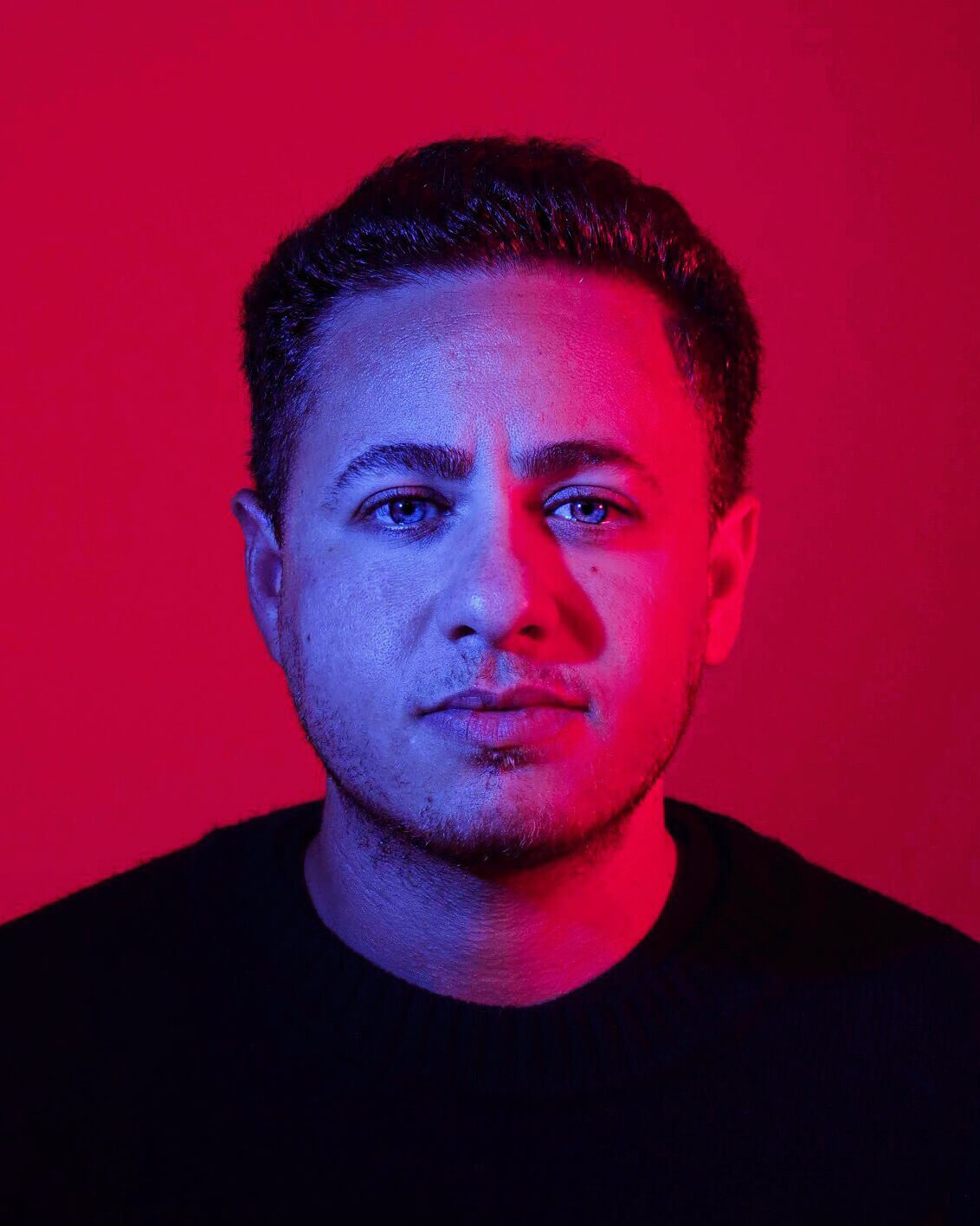 “I’m like a zero to one on the Kinsey scale. But if I’m really, truly acknowledging and thinking about the expanse of gender, my being attracted to someone who is genderfluid, queer, or non-binary means expanding my own sexual orientation to be inclusive of everyone who I might meet and connect with. I see being bi as being open to the possibility of loving the right person who comes into my life, no matter their gender.” 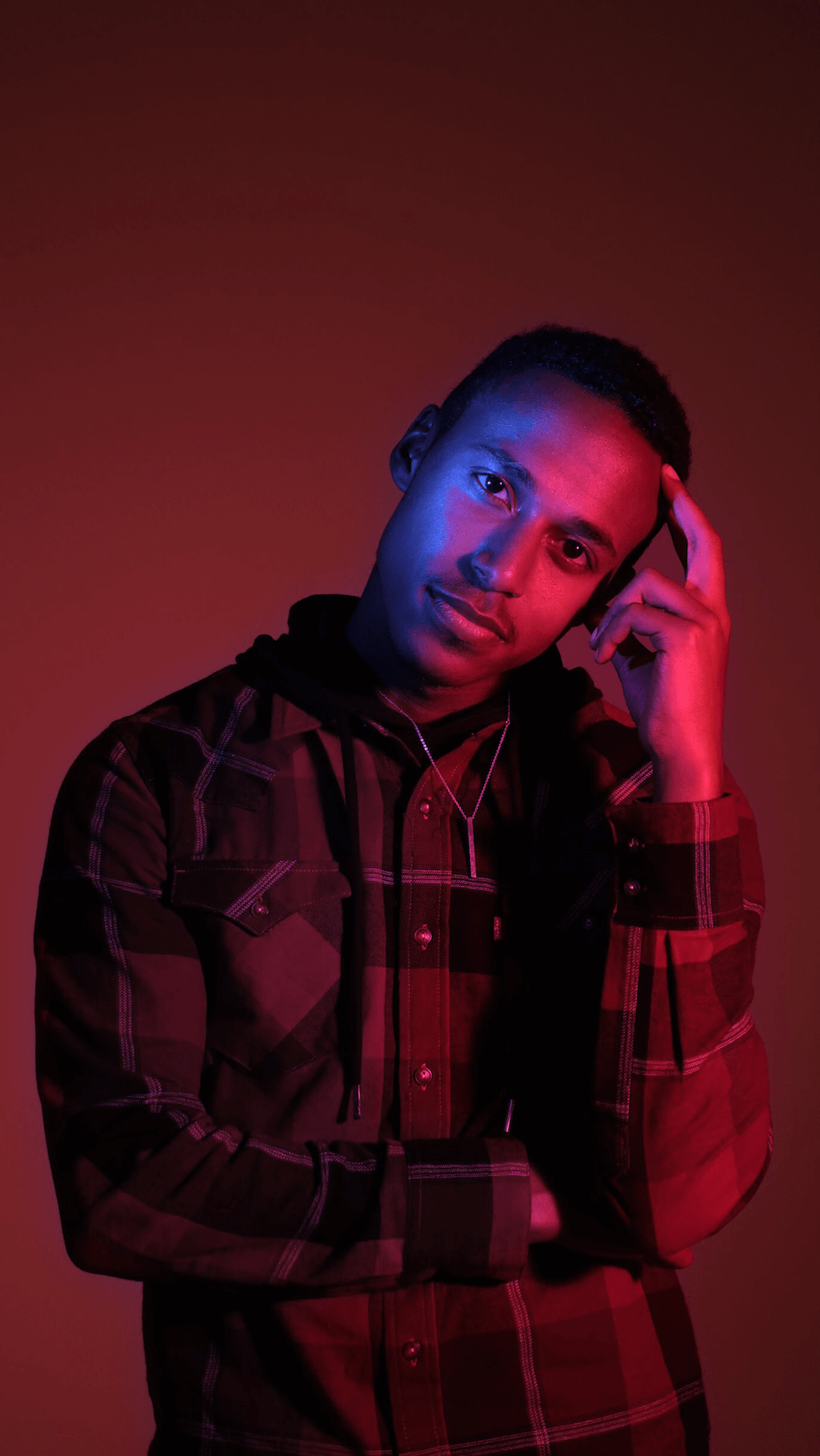 “The capacity to love anybody is what I’m most proud of about being bi+. It’s a beautiful thing. Drown out the noise of what other people are saying. As long as you know who you are and what you want, just focus on that and let the other stuff fall away. After a while, I got tired of the self-hate and hiding, and finally, I got to the point of knowing it’s my life not anyone else’s and I have to live it.” 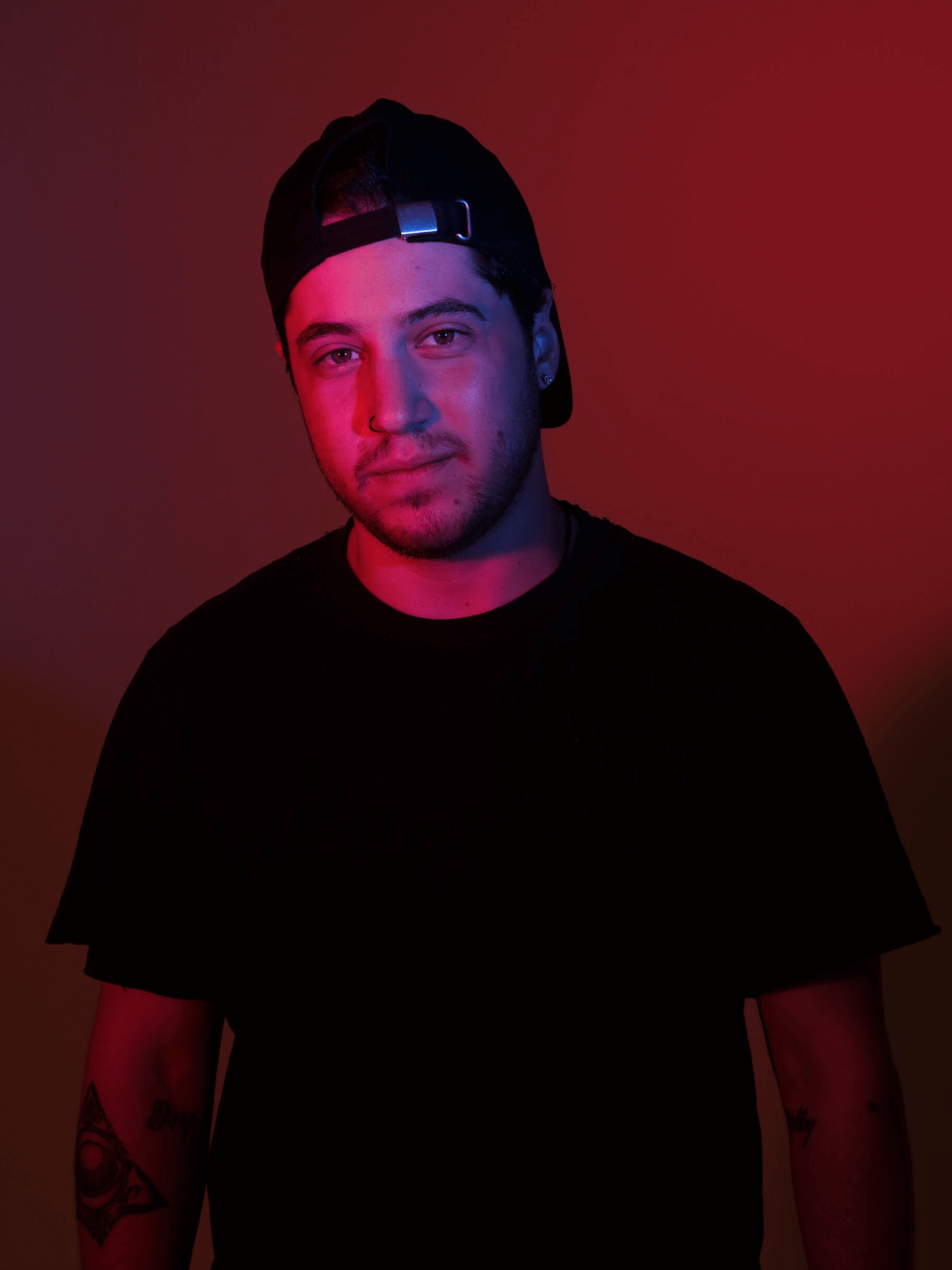 “As a bisexual+ person, I have experienced love and attraction in many forms. Identifying as pansexual has been immensely liberating in my expression, allowing me to describe my attraction to people of all genders. It is important as a trans person to support the notion that all people, regardless of gender identity or sexual orientation, are beautiful and worthy of love. For me, gender and bodies are much less important when it comes to love than who a person is inside. I am attracted to people’s personalities, passions, and ways of being first. If that is honest and authentic, the rest comes along as well.” 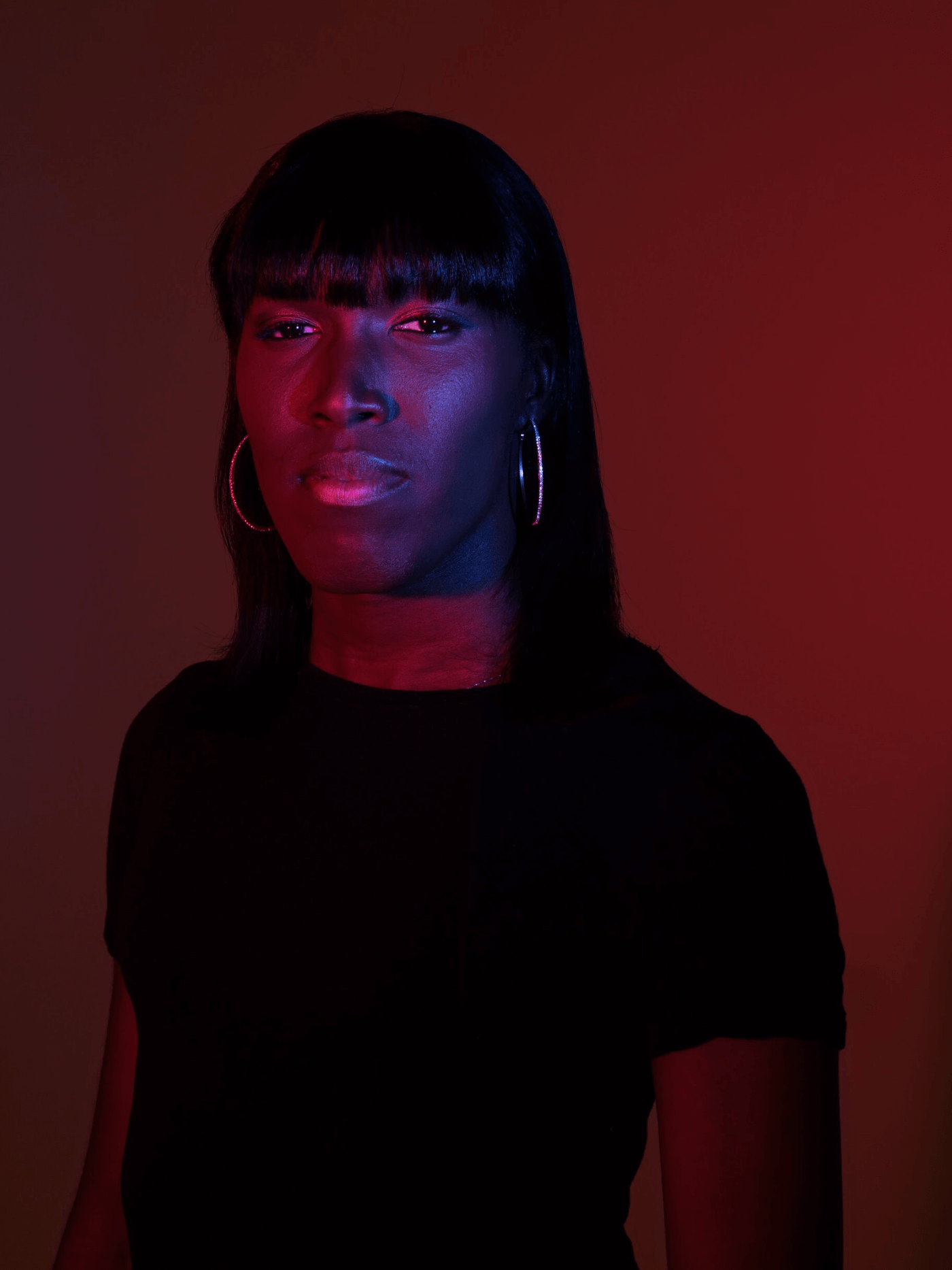 “For me, being open about how I identified was so liberating. I remember the first time I saw a bi person living out loud and it gave me the license to be myself. For all my bi and queer-expansive youth, I’ll tell them like my queer elders told me: Take. Your. Time! Be true and authentic to who you are; you don’t have the be the epitome of social constructs of gay or straight, or even bisexual, or beauty or masculinity, or even male or female. You can be fluidly and beautifully you! Don’t try to compete; don’t make decisions without consulting your soul, and surround yourself with people who love you and want to see you be your best version of yourself.” 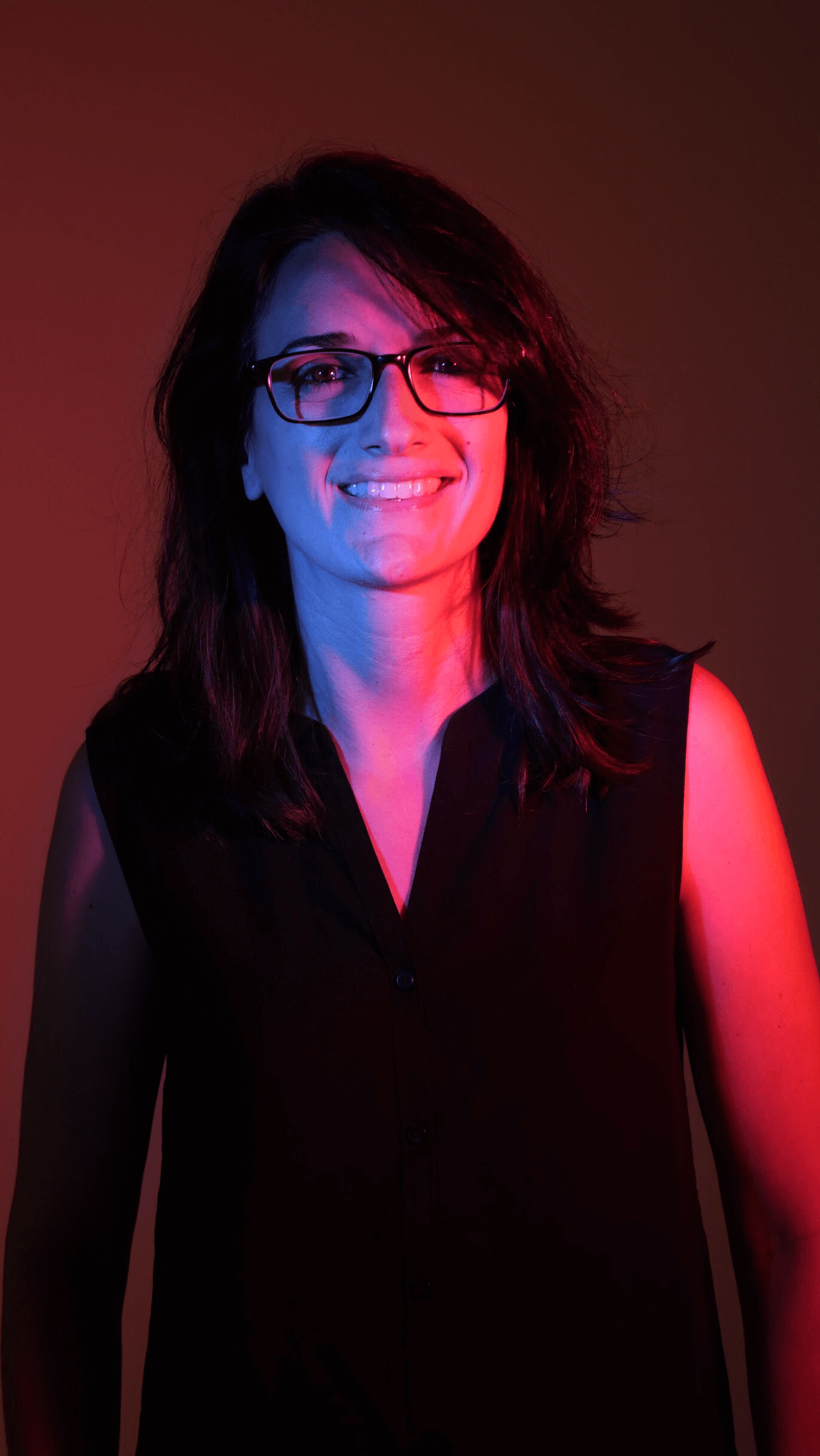 “My advice to people when considering whether they are a part of the bi+ community is to just listen to themselves. No one knows your identity but you because no one else is in your heart and mind. Don’t let folks project their own identities onto you or erase who you are. You are valid.” 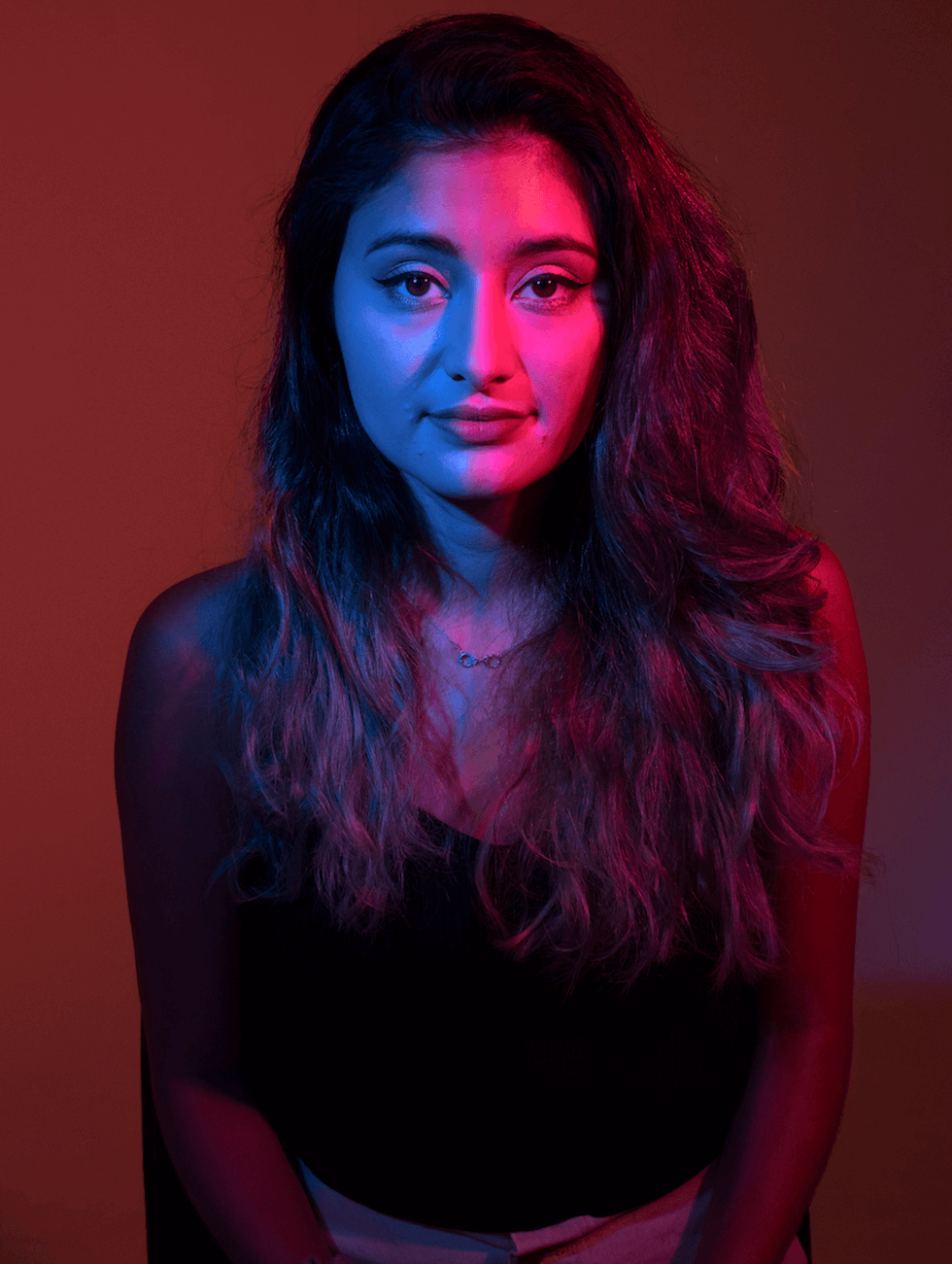 “I’m proud to be Bi, I only can live my truth and hope others mind their business and do the same. Happy #bivisibilityday to everyone in our lil’ queer umbrella!” 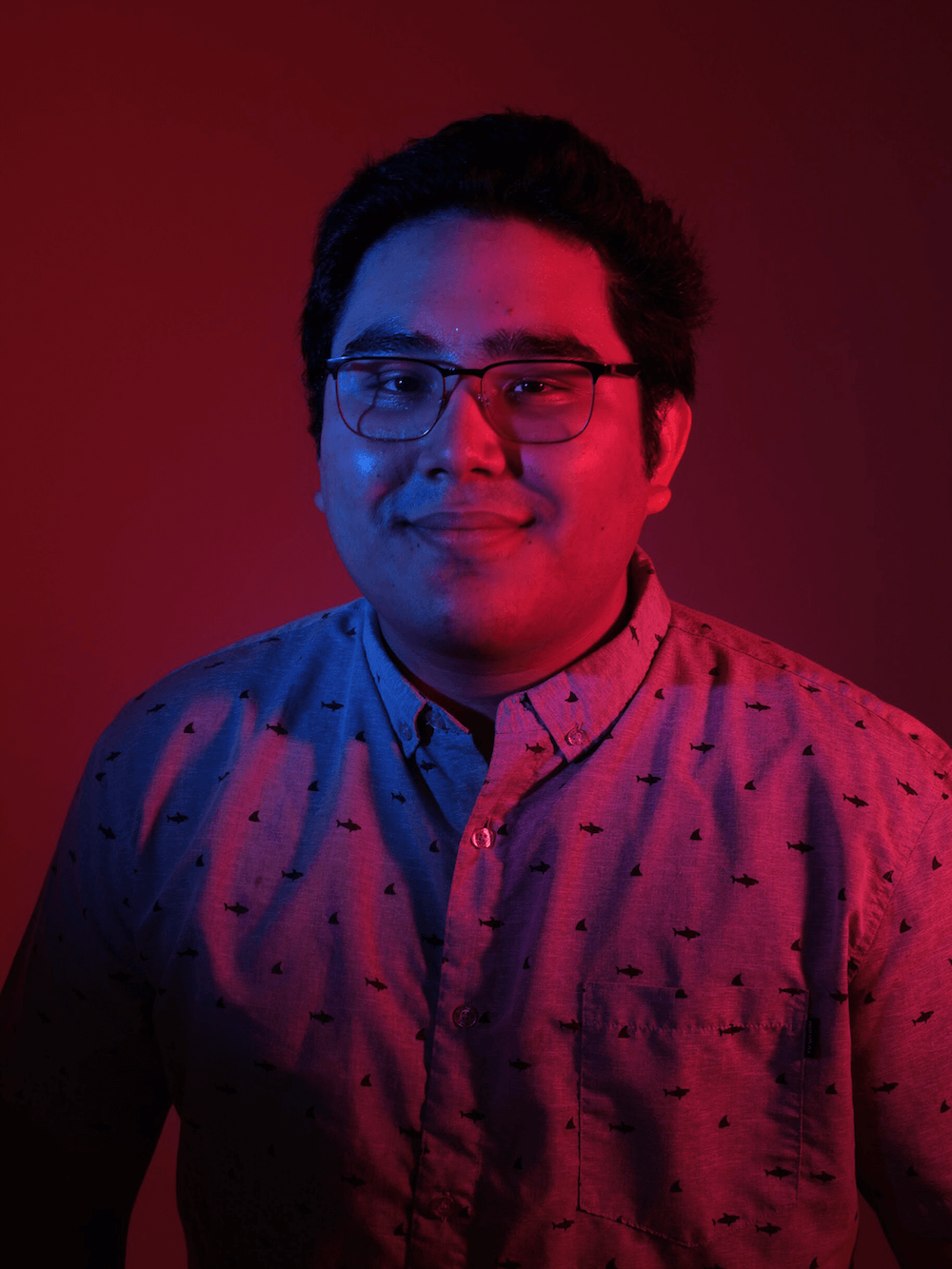 “I feel like it’s important to recognize bi+ people during #BiWeek and in general because when I was growing up I didn’t even realize that being bi was an option. It always seemed so binary to me and your only options were gay or straight. We need people to realize that there are more than just two options and be able to find a label that makes them feel comfortable. We only got one opportunity at life and it’s way too short to be feeling uncomfortable in your skin and with your own identity. Remember that sexuality and identity is complicated and multi-layered. And remember that you’re figuring this out for you, not your friends or family.” 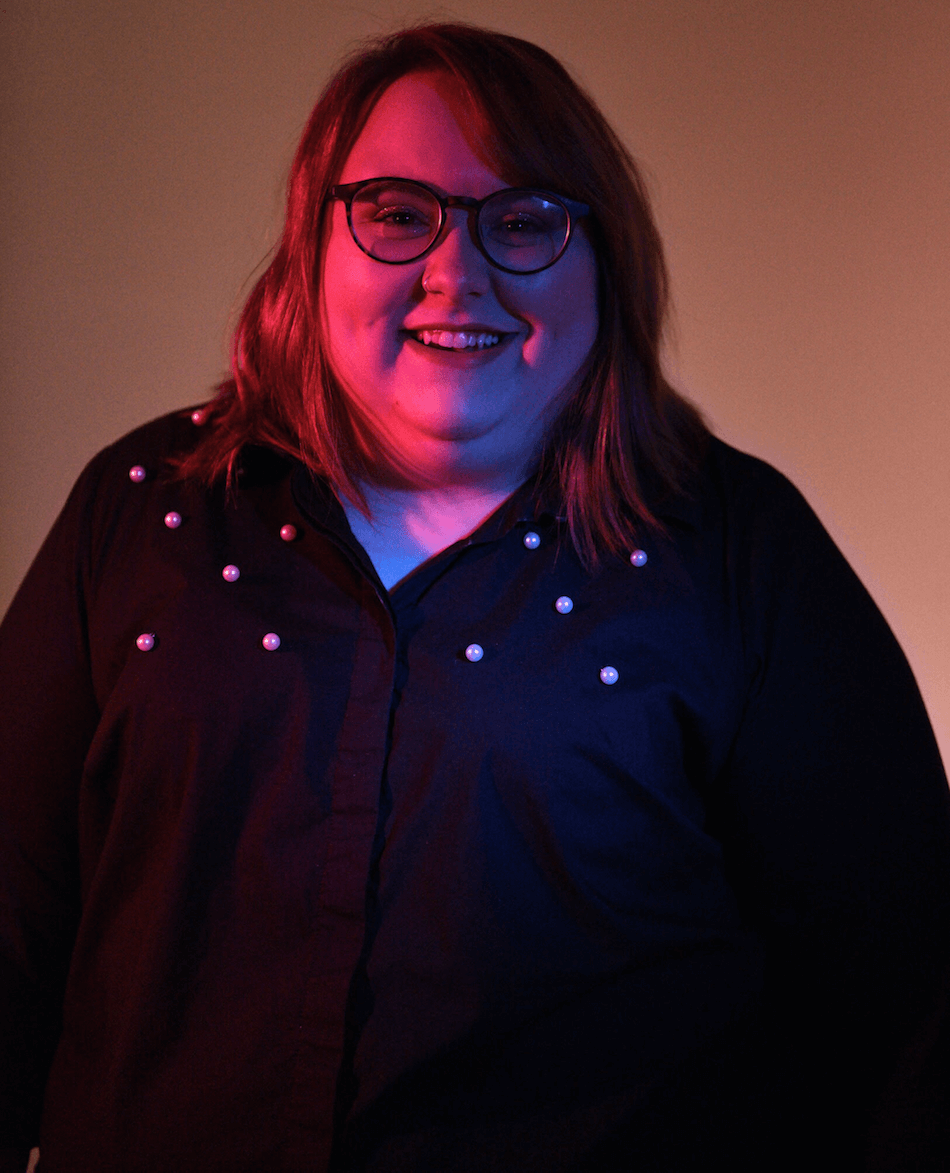 “I love celebrating #BiWeek! For me, finding ‘bisexual’ as a label I vibed with and then a community out of that has been one of the most rewarding things in my life. I had to get past a lot of negative myths about what being bi meant that I had internalized. I hope that some of the great stories we have now from bi+ advocates and characters will help empower and educate to ultimately create a society where bi+ people can be safer, healthier, and happier.”