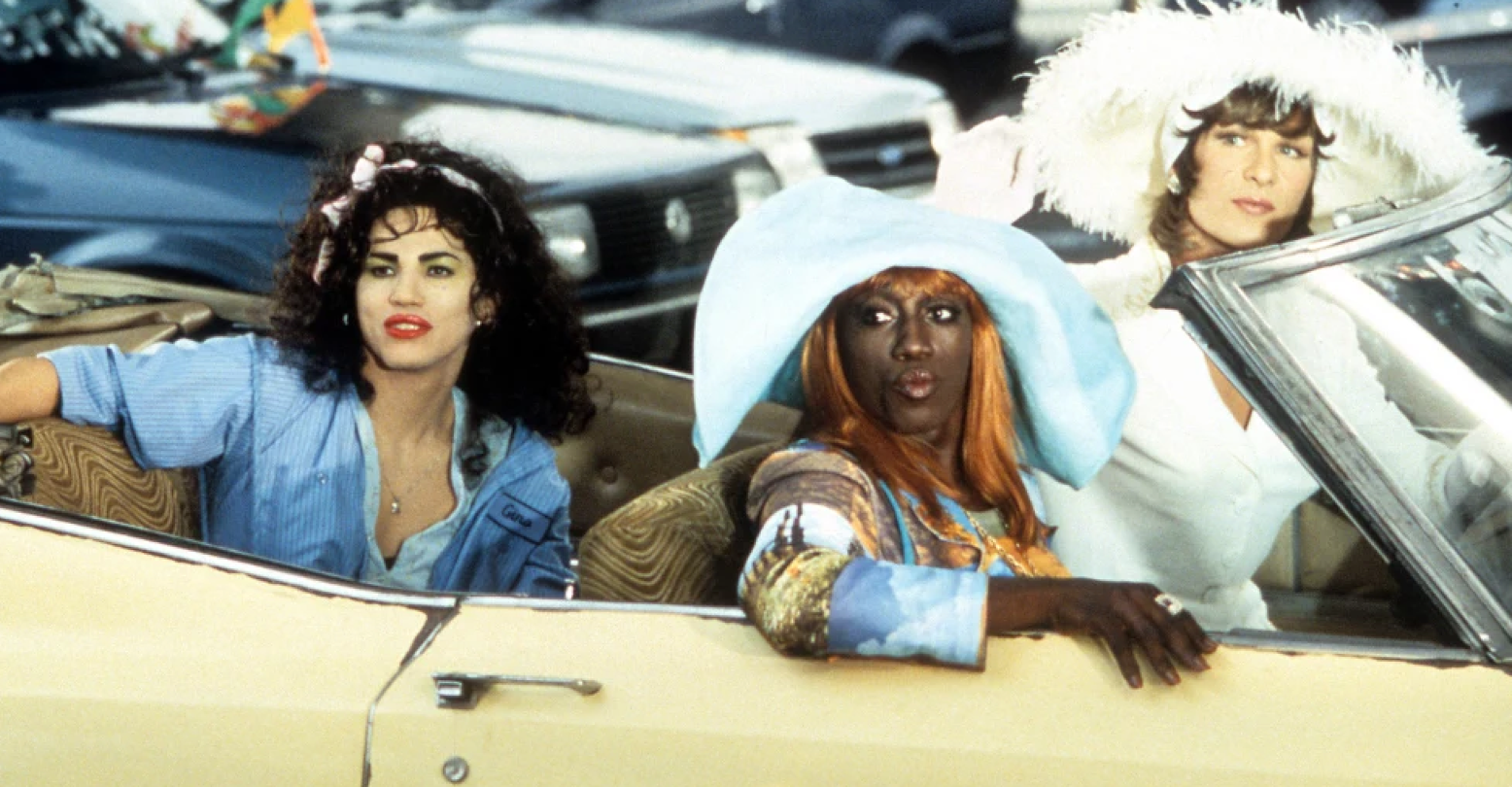 There’s something so Queer to me about a journey.

Whether it’s Diana Ross or Dorothy skipping down the yellow brick road, Chiron driving across the Florida landscape to meet a boy in Moonlight, three drag queens voguing next to a train in To Wong Foo, or Guy Pearce in Priscilla giving us drama on top of a bus in the Australian outback, we’re constantly showered with this idea of embarking on a passage through Queerness. A Queer Exodus, traveling, voyaging, flying off to a place where we can finally be our authentic selves.

As a young boy growing up in a conservative Florida suburb, I constantly dreamed of one day taking my own voyage into my out and proud shiny future like all those seminal films taught me.

For me, that destination—that Queer mecca—was always New York City. And when I finally moved there in 2013 it felt like I was finally starting my very own magic Queer journey into the life I wanted. A life filled with neon, with theatre and art. A life with drag queens and gay bars filled with cute boys willing to help me explore the landscape of my own body.

But seven years later, as I walked to the car I called to take me to the airport and out of New York permanently, the lights of the city suddenly went out. My own Queer exodus was ending with a literal blackout.

As a young boy growing up in a conservative Florida suburb, I constantly dreamed of one day taking my own voyage into my out and proud shiny future.

My heart rebelled at the blackness outside the car as we drove. It seemed to be the final insult. I wanted to stick my head out of the car and scream. “So these are my final moments? No Wizard teaching me that I had what I needed all along? Not being crowned by Julie Newmar like Chi Chi? What kind of bullshit final shot is this?”

We kept driving into the darkness as I tried to find the words to comfort the part of my soul crying over shattered dreams, and the absence of a yellow brick road telling me where to go next.

Less than 24 hours before, I’d been in P-town with H, the guy I had been seeing over the course of the pandemic. The trip had been a quick, last-minute getaway. It was part farewell trip for the two of us, part reward for surviving those first truly terrifying months at the epicenter of the pandemic.

Working in theatre as a playwright, my life had been cut off at the knees as soon as COVID hit. I, like many theatre Queers I knew, was making plans to get out of the city. A reverse, Queer exodus. Packing away our things in storage and prepping to move back to the hometowns we left as soon as we could.

I tried to find the words to comfort the part of my soul crying over shattered dreams, and the absence of a yellow brick road telling me where to go next.

Losing all the other pillars of my life shoved all my focus onto the prospect of H and I becoming something serious. I was desperate for something stable that I could build my future around. It felt like it was the last part of my life where I could hold on to some semblance of progress or forward motion.

In the days leading up to the trip to P-town, H and I talked multiple times about what would happen to us. He had a lot of unexpected good come at him during the pandemic. And, justifiably, he wanted to celebrate and explore the new paths that were opening up to him. Without being tied down to a boyfriend: To me.

My anxiety, a raging bitch I’ve come to name Concha la Jodida, had a stranglehold on me even before the pandemic. And by the time we arrived in P town, Concha had been doing a daily cumbia stomp across my nerves. Under the Massachusetts sun, counting down the days till I moved back home, I tried to stay in the present and just enjoy the time I had left with H. But my mind kept pulling me away from the beach, the ocean-flavored air. I kept glancing at him, remembering a month and a half before this, when I told him I loved him. He answered with an “I love you too”. But later on, when I repeated the words, he stayed silent in response.

My anxiety, a raging bitch I’ve come to name Concha la Jodida, had a stranglehold on me even before the pandemic.

God’s Own Country is a newer Queer film that holds a significant place in my brain. It’s a good story that shows how relationships are, in and of themselves, journeys. Messy, confusing, adrenaline-soaked trips into the heart of another. In that film, the journey ends with the protagonist owning up to his bullshit. The man he’s in love with comes back, and the two of them walk into a home they now share, smiling together over their joint future.

I think about the end of that film as I sit on the beach with H. Trying to accept that a different kind of end is coming for the two of us.

The hug my Mami gives me when I arrive at the small airport in my hometown has enough love behind it to knock me off my feet. She brings me home, sets me up in my childhood bedroom, and I faint into the bed like I’m Sleeping Beauty after a bender. When I wake up hours later, I make my way to the kitchen where Mami is prepping food to make my favorite, Colombian sancocho.

I turn and realize that she has been watching The Birdcage on the living room tv. It’s near the middle of the film, and the dinner plans are going off the rails as Nathan Lane shows up in a Bea Arthur knock-off wig.  I laugh along with the story like I haven’t seen the film a thousand times already. The end of the film, the wedding, and the happiness of it all, brings me a message of hope. It seems to say that life has a way of continuing despite the mess of it all. And that even when you find yourself shoved off the path you were on in life, the journey continues – inward. To the place where you begin and end. Yourself.