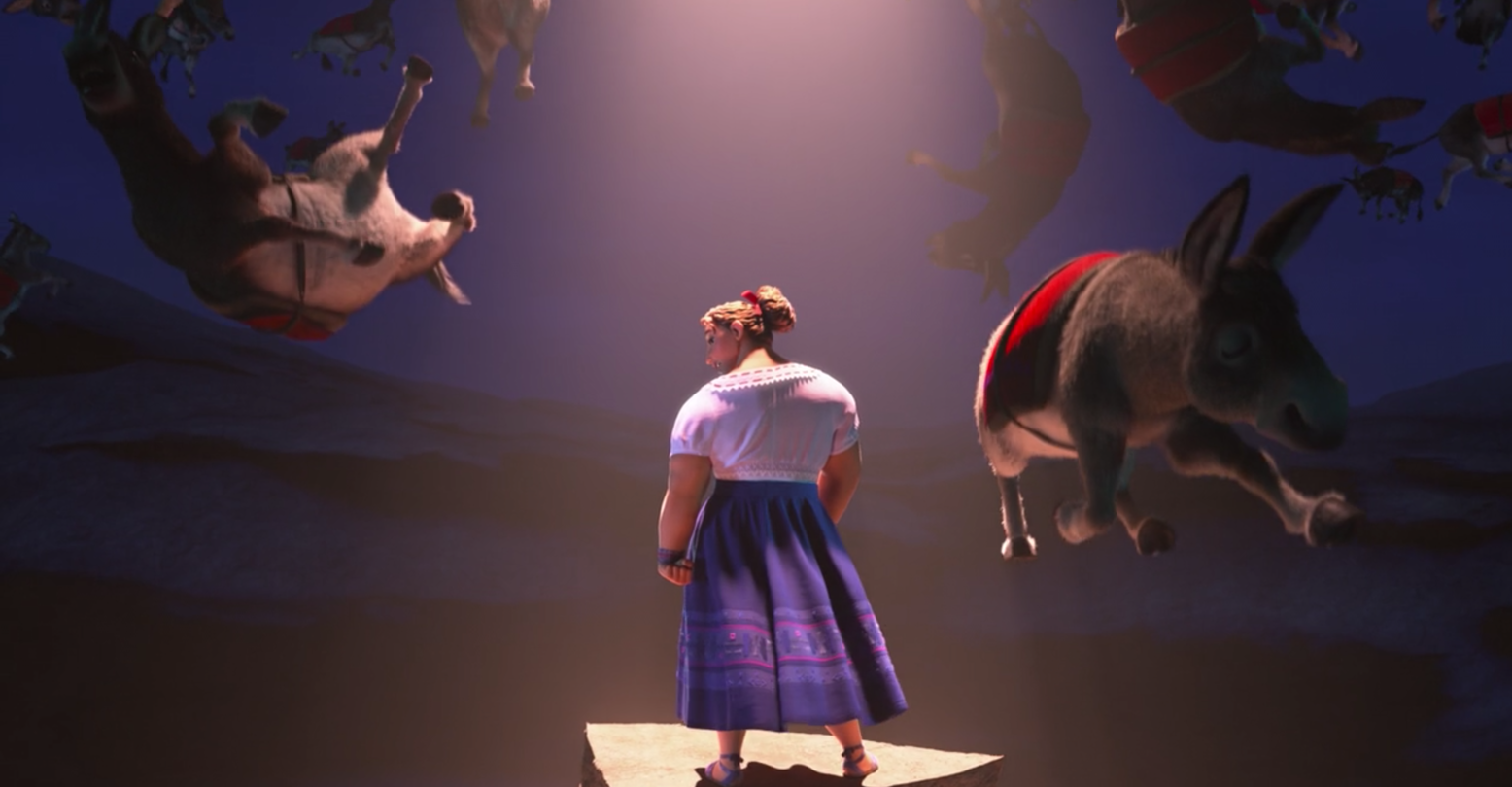 The first time I watched Encanto (and make no mistake, I’ve seen it about 4 times now) I was struck by one character more than any other. This character was unlike any I’d seen in a cartoon before. She was big, beautiful, and full of an earnest, deep kind of yearning that can only be classified as sapphic.

Yes, I’m talking about Luisa, the strong, butch babe who throws donkeys over her shoulders like it’s no big deal. I love Luisa, and she is a canon lesbian. I mean, this bitch moves mountains AND churches. And she also definitely eats pussy, because why wouldn’t she?

You can’t tell me I’m wrong, because I’m not. And I’m not the only one, either!

A simple glance at TikTok–where the Encanto soundtrack is trending, as it should–you’ll find a whole host of Luisas talking about how much the character means to them. She’s representing something that people truly haven’t seen before in a cartoon: a strong, amazing woman whose strength is being taken advantage of by her family. She gets an entire song in which to sing about how she’s only seen as strong, never emotionally valuable or simply human. She has to take on the burdens of the entire family simply because she can.

We DO talk about Luisa.

Her deep butch voice! Her big body that is animated like a big body DOES, and is still beautiful and strong and good. Her complex vulnerability that isn’t rendered as a joke character.

Luisa isn’t just big and strong, she’s beautiful. For the first time in Disney history, a woman is actually taking up space on the screen and talking about vulnerability. And that combination? Well, it’s gay culture.

The butch dyke Capricorn in me feels so seen by Luisa 💖 #encantomovie #queer #trans pic.twitter.com/jci5t7gEm5

i’m 1 minute in the Luisa song from Encanto and i’m losing my shit over muscle butch ICON pic.twitter.com/bbYjD0aERg

One creator on TikTok fell so in love with Luisa that she’s now cosplaying as the character on Cameo:

And she’s far from the only one feeling seen by Luisa. Who among us hasn’t thought to ourselves, at one point or another, “what if Hercules was like ‘yo, I don’t wanna fight Cerberus!'”

@meg.eroni #duet with @nikocrow not perfect but I wanted to see if I could run through the emotions side by side! #luisamadrigal #luisa #encanto #encantodisney ♬ Surface Pressure – Jessica Darrow

So much emotion and heart packed into one unforgettable character…

And SHE’S A LESBIAN!

Honestly, thank God for Luisa. Butch girls are more than just strong: they’re brilliant, compassionate, fierce, and sexy. And they can goddamn cry if they want to!