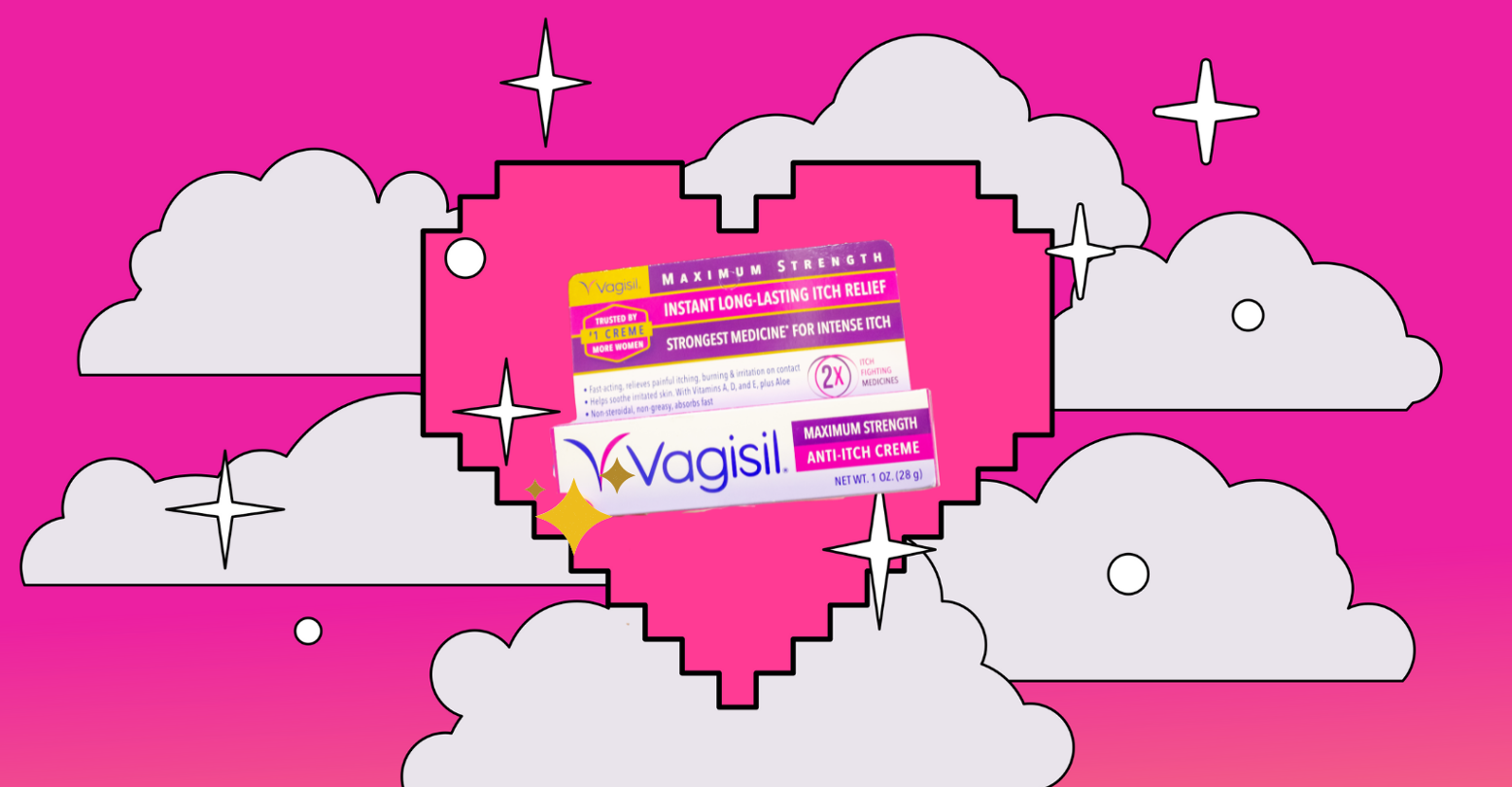 Some years ago, I made the horrible mistake of taking on two full-time jobs at once. The first was my real, paying job: I worked the front desk at the Wythe Hotel in Williamsburg, New York. My shifts began at 11pm and ended at 7am, after which I would usually take the subway home and try to sleep through the afternoon, usually failing to get in more than about 4 hours of actual rest.

The second job was an internship at New York Magazine. It paid a $200 week and the hours were 9am to 5pm. It was the kind of thing I couldn’t say no to. Back then, I was so concerned with respectability and success that I would have sacrificed everything—even sleep, food, and sanity—to have something sparkly on my resume. I still held the brand of New York Magazine in high esteem in those days, and I still thought that if I achieved enough and got enough fancy bylines, I would somehow stop hating myself or thinking I was a human-shaped piece of trash that deserved to be thrown in the garbage.

Obviously, that’s not how self-esteem works, and I learned it the hard way. I lasted maybe a month doing both jobs: I would arrive at the hotel at 11pm, checking in the odd guest and dealing with noise complaints, and leave at 7am. From there, I’d take the train directly into lower Manhattan and head to the New York offices with nary a wink of sleep in between. Because I hated myself, and when you hate yourself, sometimes the best thing you can do is allow your brain absolutely no time to think about the depth and viciousness of that self-hatred.

I knew everyone was laughing at me, because I was constantly running to the bathroom to try and relieve my angry, screaming vagina.

But having no downtime in which to hate yourself can also come with other consequences. For me, these were general exhaustion, an eating disorder, and a chronic yeast infection that would keep returning nearly every month for a year. I kept Monistat 7-packs handy, terrified that I would have to deal with another hideous bout of what the British so charmingly refer to as “thrush” at any given moment. I was the only trans person in the New York offices, and the oldest person on the intern team, and I knew everyone was laughing at me, because I was constantly running to the bathroom to try and relieve my angry, screaming vagina.

It was in this dark moment that I found a lifelong friend that would see me through some of the even darker times to come: Vagisil.

I know what you’re thinking: Vagisil is not for the treatment of yeast infections. It’s a thick, white cream that temporarily acts as a numbing agent, providing a short period of relief from external itching, dryness, and pain. And I loved it.

I don’t have a lot of bottom dysphoria, but I do find it quite a struggle, most of the time, to accept my lower half. I’ve never wanted a dick, and in general, I find dicks disgusting—looking at them sends me straight into the uncanny valley. But I have always liked the idea of not having anything at all down there. Numbness. A genital plane.

Having an extremely temperamental vagina might also have something to do with it, but even people who use Vagisil for relief probably don’t depend on it the way I do. Once I started using it, I became slowly addicted to the feeling it provided, that sense of having absolutely nothing at all where a vagina used to be. I wished I could use it on my entire body, covering myself in a warm, tingly blanket of numbness.

I realize that this is an odd behavior to say the least: but my life philosophy has always been, if it feels good and it doesn’t hurt anybody, just f*cking do it. And do it I did, for years. To this day I buy the stuff in bulk, keeping a handy tube in my bathroom, in my car, and in my bag at all times just in case the moment strikes. Because sometimes, feeling nothing is way better than feeling something: sorry “Euphoria.”

Bottom dysphoria among trans men isn’t something that’s discussed often: largely because no topics specifically regarding trans men are what I’d call frequent subjects of discussion in the queer and trans communities. We’re largely invisible to ourselves and each other, and most media coverage of trans folks tends to focus on trans women, who face much more outward violence than we do. But there’s a reason I’m writing this for Trans Day of Visibility: because I’ve never heard anyone really talk about it. Not even in my own community. Which, honestly, makes a lot of sense: trans people are reduced to their genitals in public and on the news nearly every day, so how the hell are we supposed to have the stamina or interest to discuss them in our private lives? But the fact is that bottom dysphoria for transmascs and nonbinary folks is a big deal, and it’s kind of annoying that we don’t ever see real conversations about it. The closest I’ve seen to a true discussion around this topic is in Gabriel Mac’s recent cover story for (ironically) New York Magazine titled: “My Penis, Myself.”

Mac writes: “Phalloplasty in general, it was clear, was hard for people to accept. ‘Well, I will love you no matter what, sweetie,’ a cis female best friend of mine said when I told her I was transitioning, years before — ‘as long as you don’t get a dick.'”

This is an all-too-familiar conversation between trans guys first coming out to friends, family, and even other queer community members. When I first tried to come out to a therapist as 15, her first words were: “you mean you want a PENIS?” This was accompanied by a look of pure disgust, because of course it was. As it happened, I didn’t want a dick—but what if I had? That exchange was enough to keep me in the closet for 5 more years. What might have happened if I hadn’t shared her disgust at the mention of a penis? How long might I have held onto that one, shitty reaction as a reason not to come out or pursue transition?

When you’re announcing your intention to transition or present as male, there’s a sense from other people of “yeah be who you are, as long as you don’t become too masculine.” The assumption, for a long time, was that trans men largely didn’t want, and had no need for, the phalloplasty procedure, requiring skin grafts and expensive consultations. As Mac mentions, the seminal transmasc zine “Original Plumbing” took its name from the online shorthand for transmascs in early chat groups who hadn’t undergone bottom surgery. There’s also a lot of shame already attached to transmascs who, identifying initially as butch dykes in the lesbian community, are seen to be somehow betraying or leaving behind the progressive feminist politics of those spaces simply by expressing their true maleness.

Even outside of trans spaces, it can’t be denied that masculinity is not the vibe right now. It’s not cool to be masc, or to be interested in masculinity as a concept, and it’s definitely not cool to want a dick. It’s not cool or sexy or fun to talk about how bottom dysphoria can be a real f*cking roadblock when it comes to liking yourself even a little bit.

To pursue masculinity is to feel like you’re constantly failing, like you’re dangling from the side of a cliff, unable to so much as see the summit, much less believe that you’ll ever get there.

There are many reasons for this: in large part, I think we’re all hesitant to have complex conversations about what we fear losing in the pursuit of a better genital situation. Another (admittedly, sponsored) article on the subject taps into a different anxiety some of us face: the fear of “ruining” the bodies we’ve been taught to put stock in by going on T. “My pre-T genitals were so familiar to me that I was mostly unaware of the full extent of my bottom dysphoria,” writes anonymous author Ezra. “Even though I felt uncomfortable, I was unable to truly fathom existing any other way. I worried that going on testosterone would be altering my healthy, functioning genitalia for “no good reason” and told myself that although it might feel bad, I would be better off living as a girl and staying “normal” than I would transitioning and potentially failing at masculinity.”

Masculinity is set up as something you’re always aspiring to and never quite in possession of: this is true for cis men as well, who constantly feel like they’re “not man enough” by society’s standards, despite whatever reassurance a biological assignment might seem to give them. To pursue masculinity is to feel like you’re constantly failing, like you’re dangling from the side of a cliff, unable to so much as see the summit, much less believe that you’ll ever get there. Watch literally any Western, gangster flick, or action movie and you’ll see it immediately. What makes a man? We don’t know, and never have. That’s a problem that men throughout history have grappled with and agonized over, but inside of it is held a great, liberating secret: that it’s actually an exciting thing. We don’t know what makes a man, and that’s what makes the pursuit of masculinity potentially freeing, if we dare to see it that way. The moment we recognize that there are no rules is the moment in which we can stop measuring our masculinity against external standards and start celebrating our own, unique take on it.

As utterly strange as it might seem to say that Vagisil—the pink-and-purple-packaged cream that nods to the word “Vagina” in its very title—gave me some freedom, I really think it did. And it still does. On the days when I have trouble dealing with the fact that I have a human body, anything helps. And on the days when I’m conscious of holding a lot of stress, fear, and past trauma in that area, it’s something easy and topical that helps relieve the stress and encourages me to place it somewhere else. Sometimes the pain moves to my shoulders, sometimes to my hips and stomach, other areas that hold shame for me. The pain never goes away, because why would it? It’s not the nature of pain to leave the body unbidden. And even when you bid it, chances are it’s not going anywhere. But the wisest among us know that getting rid of pain is never the goal: it’s about managing it. Getting through the day any way we can, in a world that seems to wish we’d never been born. ♦