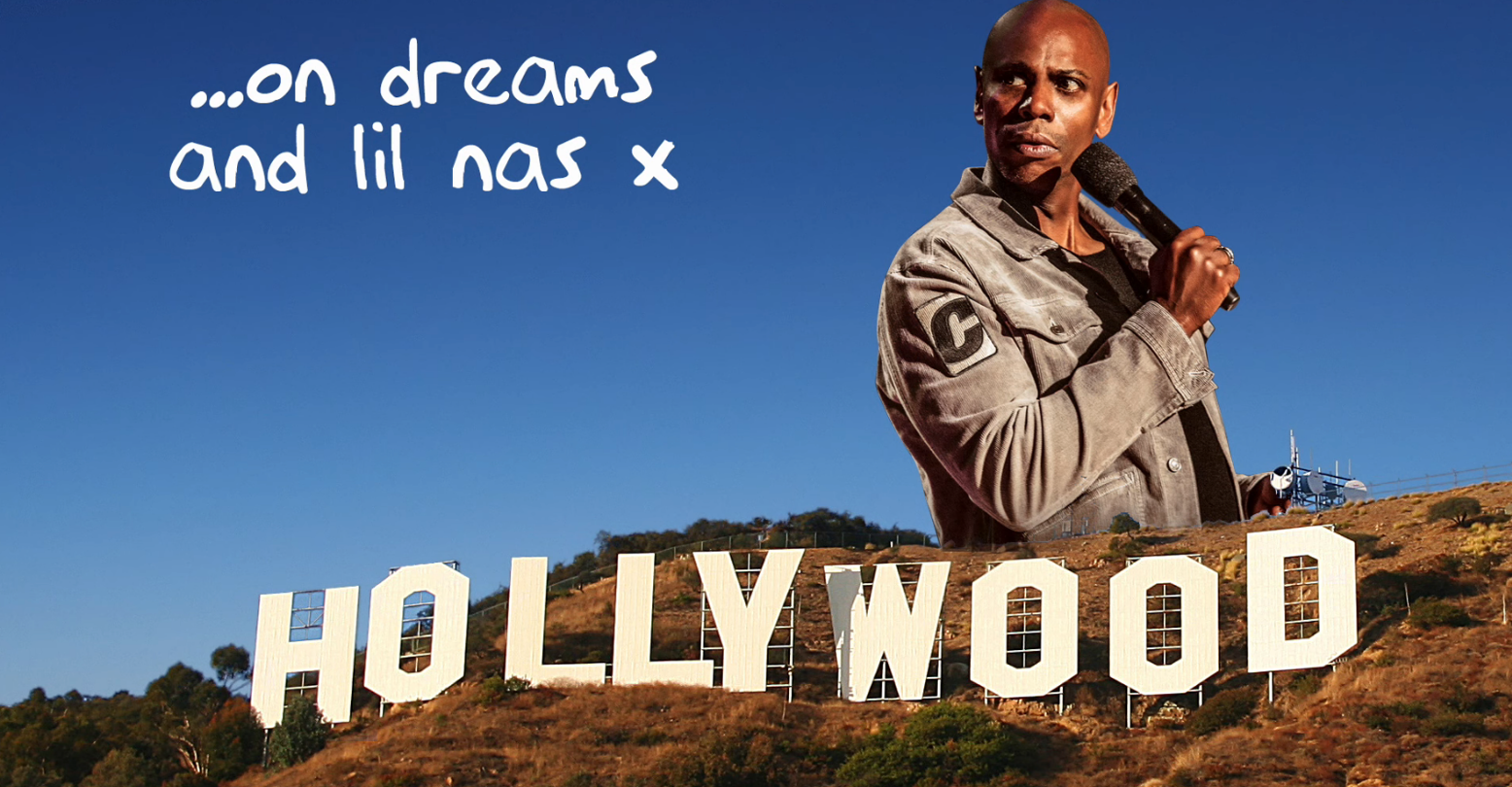 if you’re going to be a homophobic comedian you could at least be funny? pic.twitter.com/8LJkUAvyC8

Oh boy. Where to begin? First of all, Lil Nas X doesn’t owe you respectability, Dave Chappelle. In fact, he owes you (and everyone else) absolutely nothing. The fact that he continues to give us pure life with his music is a blessing from on high, and as a “conservative man,” I feel like you should respect that! Obviously the more disturbing part of all this is that Lil Nas X has proudly made a name for himself by being exactly who he is. He took us into hell, the Garden of Eden, and the court of Marie Antoinette and brilliant re-cast each historic scene in his own image. He kissed a backup dancer on live TV. He was recently snubbed by the BET awards despite putting out the indisputable best album of the year. And although he’s one of the most beloved performers of all time, he gets a lot of hate each and every day. What he doesn’t need is more hatred, bigotry, and ignorance being thrown his way.

What Chappelle says is also a total lie: respectability politics or not, if you’re uncomfortable with gay people who speak openly about sex, dress how they want to dress, and are honest about their lives, you’re also, deep down, uncomfortable with even the Mayor Pete types. Homophobia is homophobia plain and simple, and no amount of pandering to the straight establishment is going to change that.

Hear the full (extremely cringe) set here, if you’re in the mood to feel salty this morning: