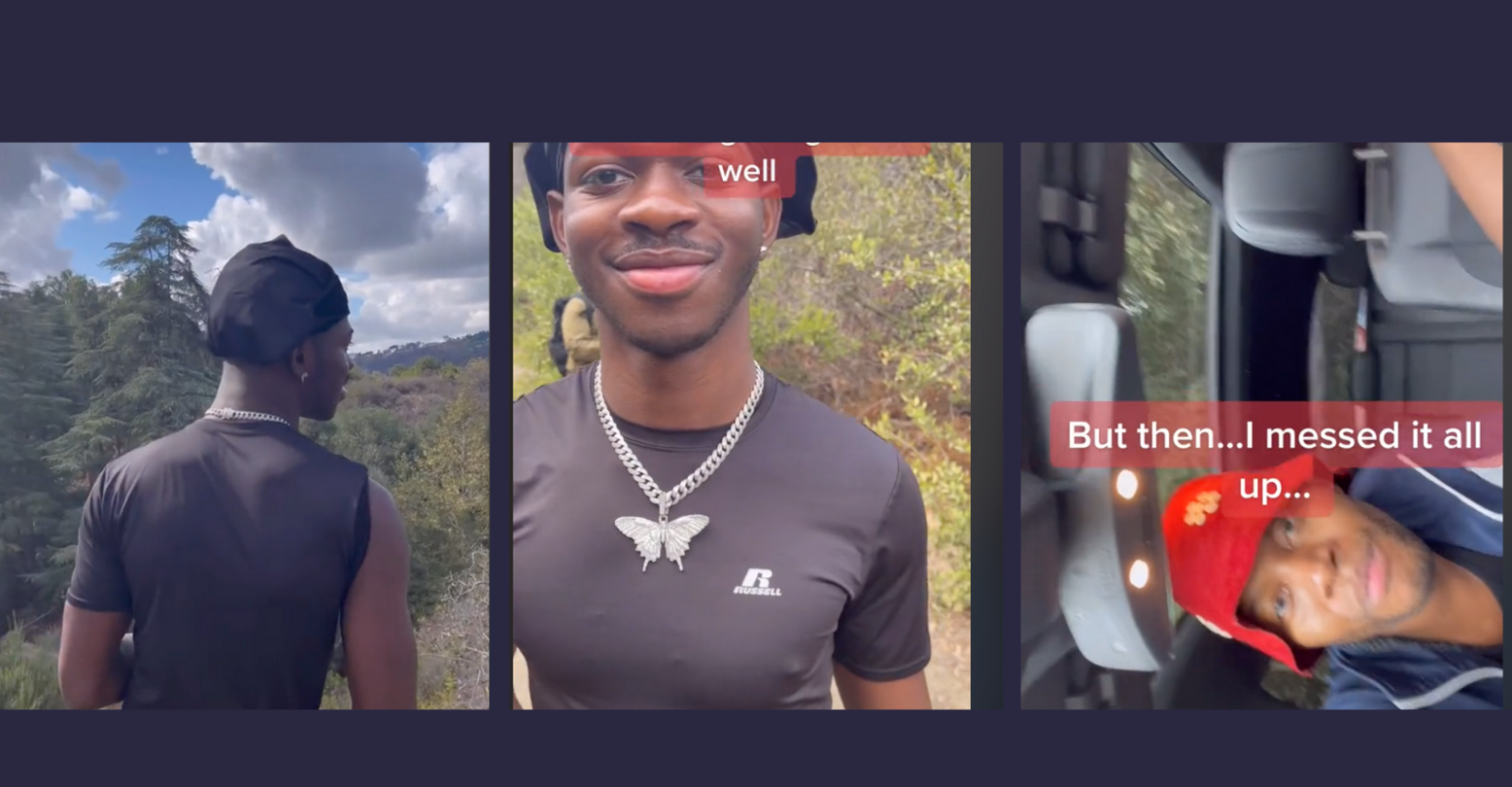 What’s cuter than a TikTok date? A TikTok date featuring two of your absolute faves. Not only is “Slave Play” writer and screenwriter Jeremy O. Harris responsible for the best film of the year and the best tweet of the year, he might be in the running for best parody TikTok of the year.

To celebrate National Coming Out day, Harris filmed a TikTok of himself meeting Lil Nas X for a hiking “date.” Everything went well, until Nas “realized” he was being filmed and shut that shit down.

Harris’s video was inspired by another TikToker who goes simply by Daniel (@crocodilepear) who, in early September, made a viral video about filming a Grindr date. Everything was all peachy until Daniel’s date asks why he’s filming and then fully flinches from Daniel’s attempt at a kiss. Which, wow, relatable.

Is there anything gayer than filming a date you’re on only to be rejected at the end? Not really. That’s gay culture. Both TikToks capture the precarious wonder of being on a date with someone you really like only to realize that they (SHOCK!) don’t want to be in a viral TikTok video. Original poster Daniel even commented under Harris’s video that he was proud to be the inspiration for such a fantastic piece of media.

Clearly Harris and Lil Nas X are actual IRL friends (you don’t go on early morning hikes with someone you don’t vibe with, not in this town!) but is there the potential for…more???

Only time will tell.