The following review contains spoilers for A Star Is Born.

There’s a moment only about five minutes into A Star Is Born, Bradley Cooper’s monumental directorial debut, that summarizes the film’s ethos. Clad in fake painted-on eyebrows and an LBD-cum-nightie, Ally (Lady Gaga) belts out an astounding rendition of “La Vie en Rose” to drag bar full of adoring gay fans. While singing, Ally lays down on the bar and sings directly to Jackson Maine (Bradley Cooper), an aging country music star who’s wandered into the closest watering hole to slake his thirst for alcohol. For the first of many full-frame shots of Ally’s face, we see her through Jackson’s eyes — we, like him, are bewildered, entranced and already in love.

The scene works as a meet-cute in the context of the film, while also having several meta levels attached to it. Gaga, as Ally, performs to a room of gays until she wanders over to Jackson, who has a different dream for her. The scene wholly about seeing her through Jackson’s eyes, which is an unfortunate reality for most of the film: Cooper’s Jackson is fully drawn and he is the film’s emotional and gravitational center. Though Gaga is spectacular as Ally, she’s rarely able to live and breathe as her own fully-fledged character — we often see her through Jackson’s perspective.

That’s why, as gay as the film might be — it stars Lady Gaga and has scenes in gay bars, featuring Drag Race alum Shangela and Willam — it’s also a Masc4Masc one. Cooper wrote, directed and starred in A Star Is Born, and while Gaga gives the film its sense of wonderment, the story is ultimately concerned with Jackson. 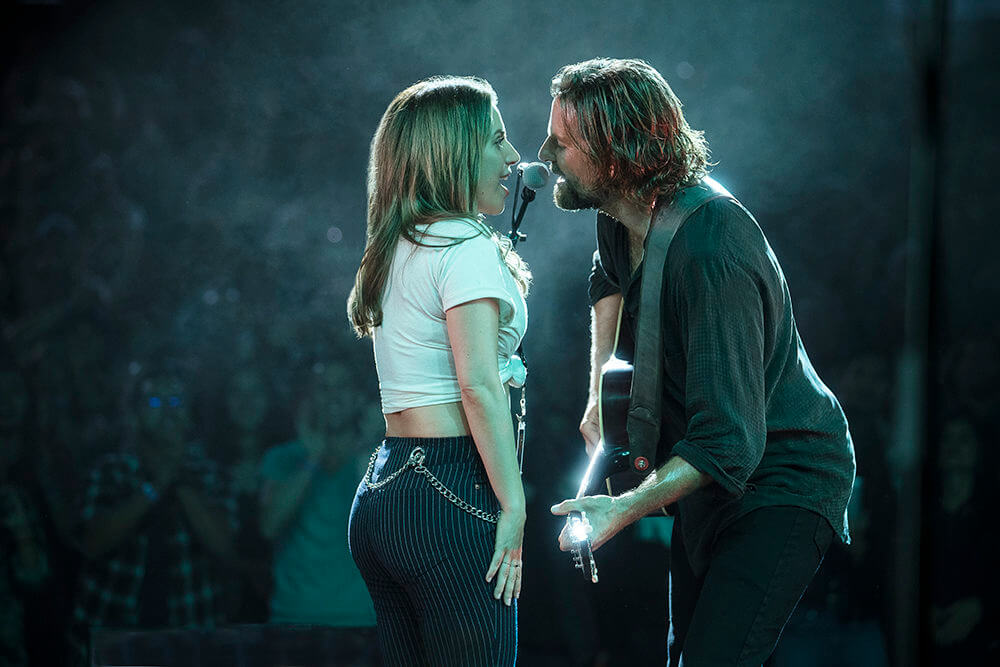 That’s not the worst thing. As Lady Gaga pointed out to press at the Toronto International Film Festival, the film urges people to care about the gentleness of the human spirit and, seen through that lens, the film is mostly successful. However, it arrives at that success off the back of some really multifaceted male characters and unfinished female ones.

Cooper completely transforms himself to play Jackson, and he goes full method gruff to breathe life into him. Though Jackson loves Ally, much of the film’s emotional weight is in the relationship between Jackson and his older brother, Bobby Maine, played to perfection by Sam Elliott. (Seriously, most awards conversation is around Lady Gaga and Bradley Cooper, but look for Elliott to take a sleepy Best Supporting Actor category by storm.) Like many films about straight men, Star is obsessed with the relationship between brothers — Bobby raised Jackson due to their father’s alcoholism — and fathers. The two talk about their own relationship and the relationship they each have to their father ad nauseam. Punches are thrown.

While Ally isn’t the best-drawn female character on screen, Gaga fills in a lot of the character’s blanks with a pared-down, gritty naturalism that complements Cooper’s heartland drag. Gone are the wigs, the platinum blonde and, for the most part, the fashions. As Jessica Simpson once sang, Gaga shines with nothing but a T-shirt on. Gaga knows how to imbue a persona with complex psychology and push past stereotype — she’s been doing it through her music for years. She brings that same level of musical acumen to Ally. 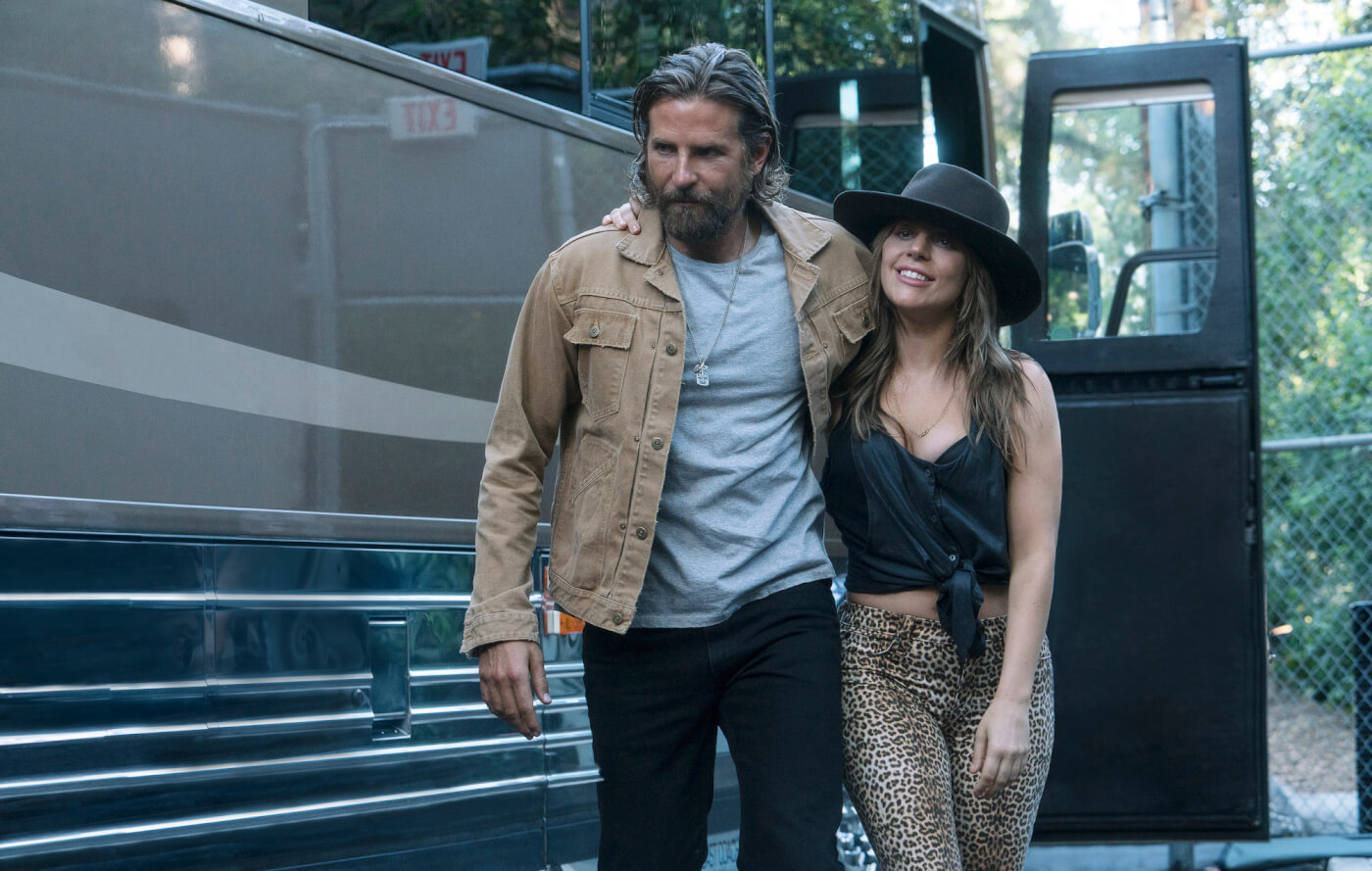 Nowhere is Gaga’s talent more on display than in the film’s musical numbers, some of the best ever captured on screen. Cooper already revealed that, in order to maintain the film’s sense of naturalism, the sets were filmed onstage at music festivals and cut into the time of other acts, including Willie Nelson and Kris Kristofferson. That some of the film’s most emotional moments were caught in one four-minute take makes them even more astounding.

Gaga, like some of your favorite Broadway and film legends, works as an on-camera singer because she is able to work through the emotion of a song while also furthering the plot of the film. When she famously sings in the trailer, “I’m off the deep end/watch as I dive in,” we see Ally full of fear and adrenaline, diving into a new world of artistic creativity, international fame and engrossing love. Ally feels underdrawn because she’s often made to react to outside impulses: being asked to sing live, the pressures of fame and a cringe-inducing onstage Grammys moment. As my high school drama director used to say from the front row of the theater, “Acting is reacting.” And in that sense, Gaga is acting rings around everyone else.

There’s so much more to laud about the film. Though it is Cooper’s directorial debut, he doesn’t come off as an amateur. The film establishes a visual language that makes the viewer feel a part of its world right away. Some of the film’s earliest visual schemes — dark-lit bars, full face shots of Ally and Jackson falling in love — draw us into the film in the same way Ally pulls Jackson into her orbit. Watching the film, I often couldn’t help but feel like I was watching Lady Gaga for the first time, discovering new aspects of who she was — but maybe that’s just a part of Gaga’s predisposition toward metamorphosis and (takes sip of “reductive” tea) — reinvention.

All that said: go see A Star Is Born, an electric, magnetic and enchanting film that draws you in like all great cinema. That the film centers Cooper is not so much a criticism of the film’s quality as it is a knock at its scope. On some level, a remake of A Star Is Born that shoves its titular starlet to the side can feel off-putting. But the filmmaking behind it is so damn good, you might find yourself along for the ride — even if it is in a rusted pickup truck.