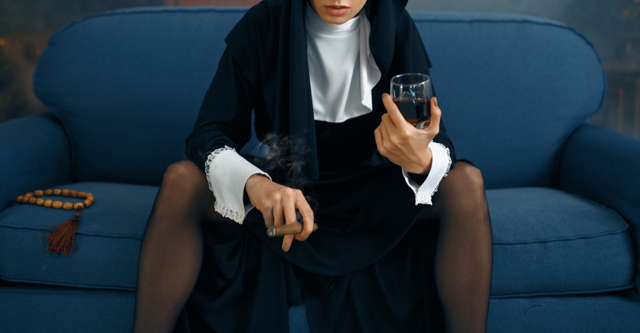 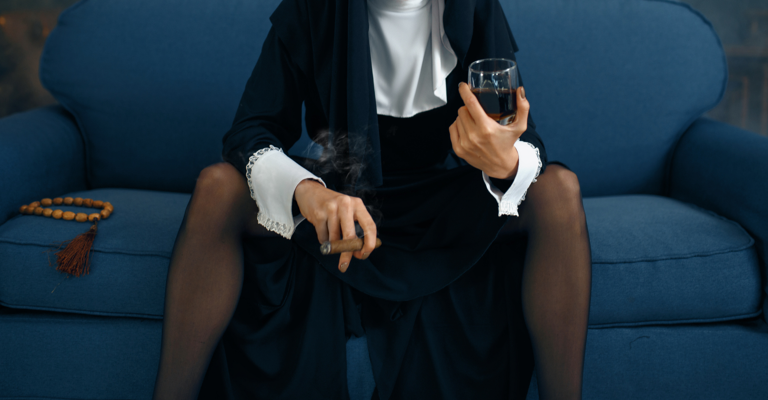 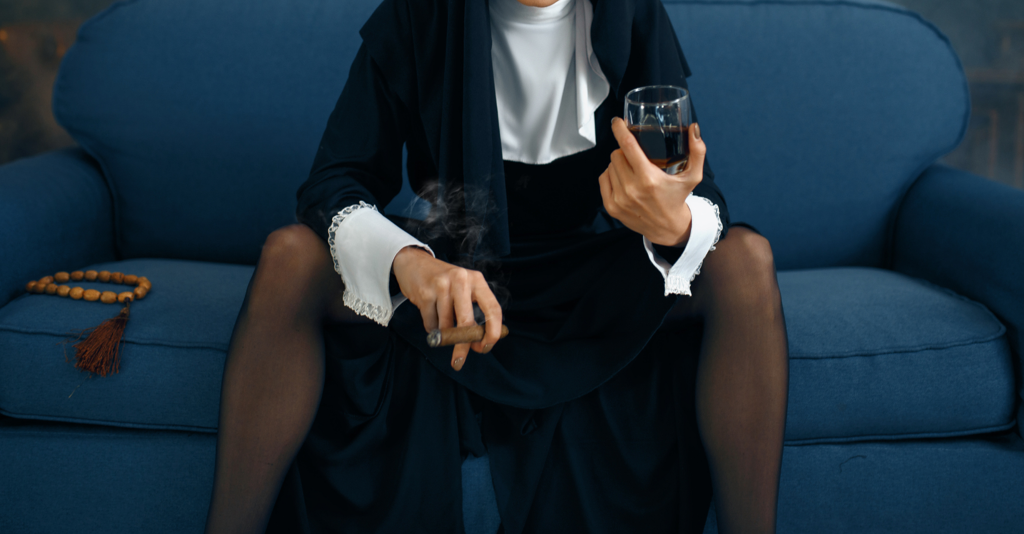 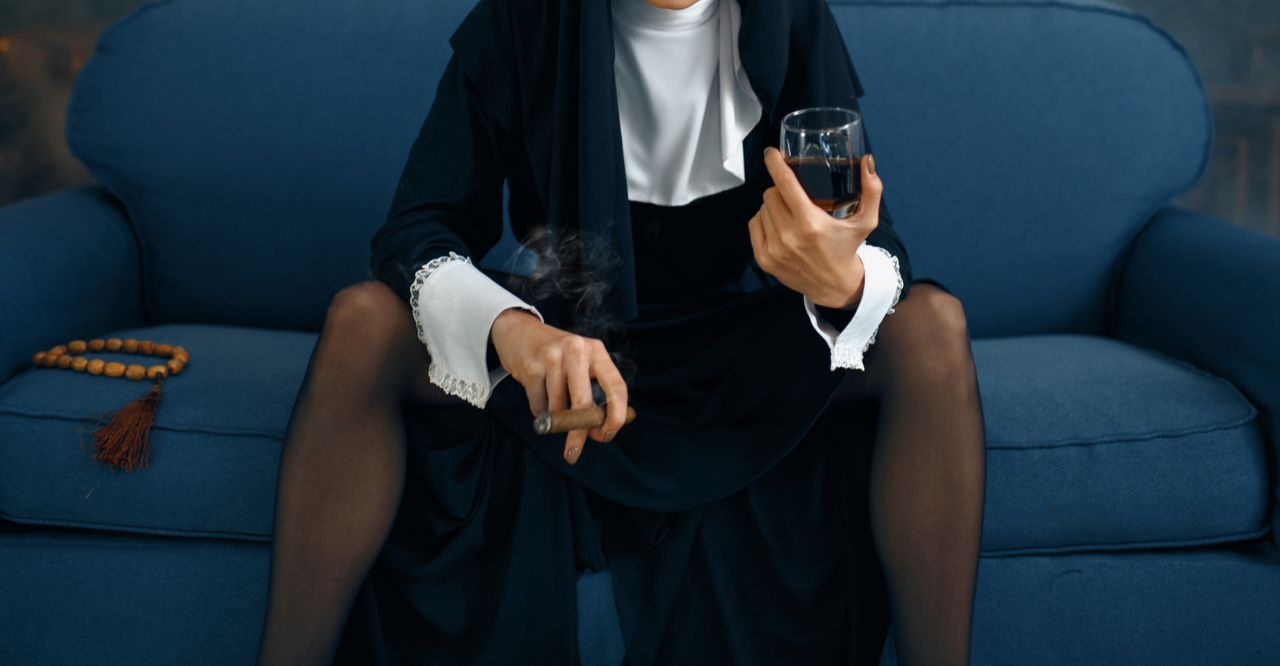 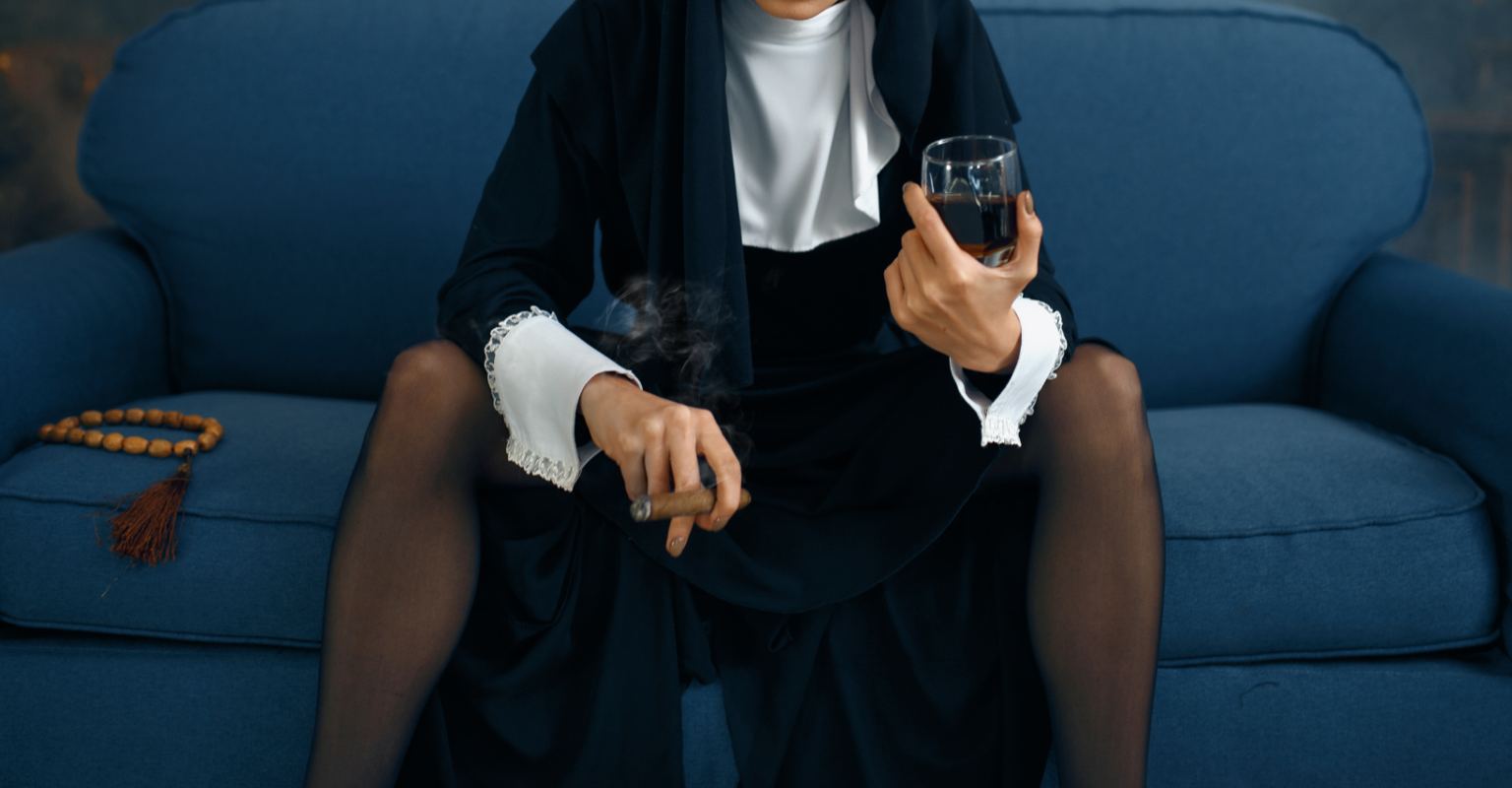 How do you stand in the pulpit and look a congregation in the eye after they caught you f*cking in the church?

I’ll tell you how.

A few summers ago I interned at a little church in Brooklyn. I lived in the church itself, on the second floor, in a room in which Sufjan Stevens had lived, the Beastie Boys had stayed, and Tracy Morgan had filmed. It felt portentous. And for a kid from small towns around rural Oregon and on the Arizona-Mexico border, New York in the summer was a dazzling domain. The world was open and brimming with life and I was there to participate in it fully—to dance and sweat and smoke and write and drink and live.

One of my roles at the church was in the food pantry/soup kitchen it ran. On a sweltering summer day, the smell of hot garbage thick in the air, I met the director of the program downstairs for training. She said we were waiting on one other person, and so we chatted away until the heavy wooden doors at the entrance creaked open and a small form stepped into the stale air of the inside. Deep brown eyes, jet-black ringlets, graceful hands, elegant movements, yet somehow completely unpretentious.

Dealing with a social anxiety so debilitating that I sometimes couldn’t even order coffee at the damn Dunkin Donuts meant that I was not much of a flirt—at least, not with complete and perfect strangers, and especially not with beautiful ones. But with Eazy there, were no nerves at all, only the sincerest conviction. They were for me, and I was for them.

I showed them my music. We watered the garden together. We hassled each other in the cool of the basement while doing inventory. We took the truck to pick up produce. We made soup and bread and fed our neighbors and handed out groceries.

The world was open and brimming with life and I was there to participate in it fully—to dance and sweat and smoke and write and drink and live.

As the light began changing into the rich warmth of dusk, and the tables had been cleaned and put away, the trash taken out, and neighbors milled around outside smoking, I was in a conversation with two of my supervisors and saw Eazy float through the door all packed up and leaving. I interrupted my superiors and hustled outside to call after them. We exchanged numbers, easy as anything.

I visited Eazy in the neighborhood where they had spent their whole life: the lower part of Harlem on the West side of the Park. We found ourselves in a forested area, sprawled out on a blanket, smoking a blunt and listening to Isaiah Rashad. The rains came. We didn’t move. We were soaking wet and wouldn’t move. They asked if they could kiss me. We kissed in the rain and held hands as we ran to the subway.

We spent the summer on the roof watching fireworks, in the butterfly garden observing the little beautiful lives of small creatures and their family parties. Eazy paid attention to every little detail of the world, stopping to touch the flowers we passed, to feel them, connect to them, even glory in them.

We found ourselves in a forested area, sprawled out on a blanket, smoking a blunt and listening to Isaiah Rashad. The rains came. We didn’t move.

But one morning, after the moans and the pounding of the mattress I emerged from my room sweaty and shower bound and my entirely naked self stepped out in full view of two parishioners who were meeting there for some stupid church-related reason. I locked eyes with them. I cringed. I covered. I squeaked an apology as I careened into the bathroom.

It wasn’t my fault! My locked apartment was my apartment and they should’ve asked if they could come in, or at least somehow let me know that they were coming! Nevertheless, I had to get up into the pulpit that Sunday, look out across the congregation, and see those two faces inflected with a squeamish awkwardness that kept robbing me of my concentration on more professional activities. What they thought of it, I’ll never know.

There were other close calls, like when the pastor of the church—the king of butch lesbians—did an impromptu invasion of my room, and she said, “Another tip: when you see signs of safe sex practices in your seminarian’s room, pretend like you didn’t see anything.”

Eazy cheated on me, I think multiple times. I didn’t care. I just wanted them. I gave them every kindness, every forgiveness, every kind of love, but nothing could overcome a self-destructive neurosis that used sex as a source of self-harm. They went to therapy. After a year of separation, we met again, myself as in love as ever. They were different, and forced a feigned coldness towards me. We would lie in bed, cuddling, never f*cking, and cry together. Eventually, we said goodbye forever.

There were other close calls, like when the pastor of the church—the king of butch lesbians—did an impromptu invasion of my room.

I still take the train into the city in hopes of seeing them. I walk around looking. I smell their distinct and familiar scent and look around furiously, but they’re never there. I see them everywhere and it’s never really them.

But I regret nothing. That summer in that church, preaching and adventuring and screwing and loving, was one of the best of my life.

I am still so grateful to you, Eazy, my little moon. I still go out at night and look at our moon and hope that you’re looking too. I try to practice you every day: noticing, caring, paying attention to every little detail of this beautiful and heartbreaking world. I hope you’re at peace.♦