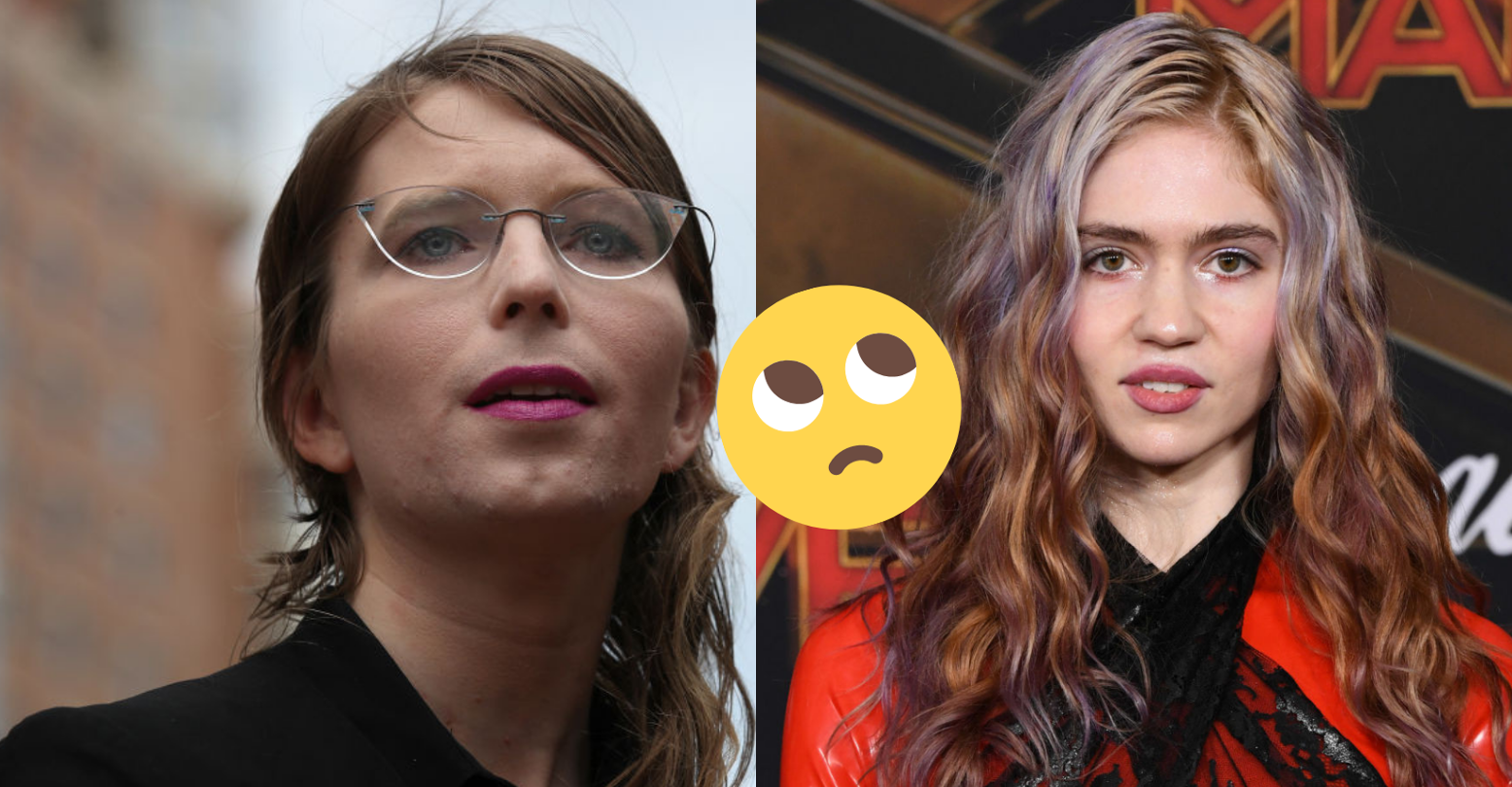 Ugh, so apparently, according to Page Six and other sources, musician Grimes and trans icon Chelsea Manning are dating. Great, wow, cool. Good for them.

As with most news of this type, we could not personally give less of a shit. However, the Internet at large is of a different opinion, so it is our duty to report on the excitement that everyone else apparently feels about this. Hooray.

The minute the news hit the Internet, everyone screamed. Because again, apparently people care?

But perhaps Niko Stratis put it best when she pointed out that Page Six is not exactly known for its…you know, class. Or accuracy.

it is amazing how much discourse is being kicked up because page six reported on two people talking on Twitter, a website where Steak Ums regularly talks to Wendys

Literally Steak Ums discourse would be more interesting than this. The girls are shook, and not in a good way.

This hurts so much. I thought I was dating Grimes. What a fucking way to find out I’m single again. https://t.co/hHmz6d7teW

This confirms what we’ve all been thinking: the revolution is nigh:

Whatever, we wish them well.

I hope Grimes and Chelsea Manning move to a farm