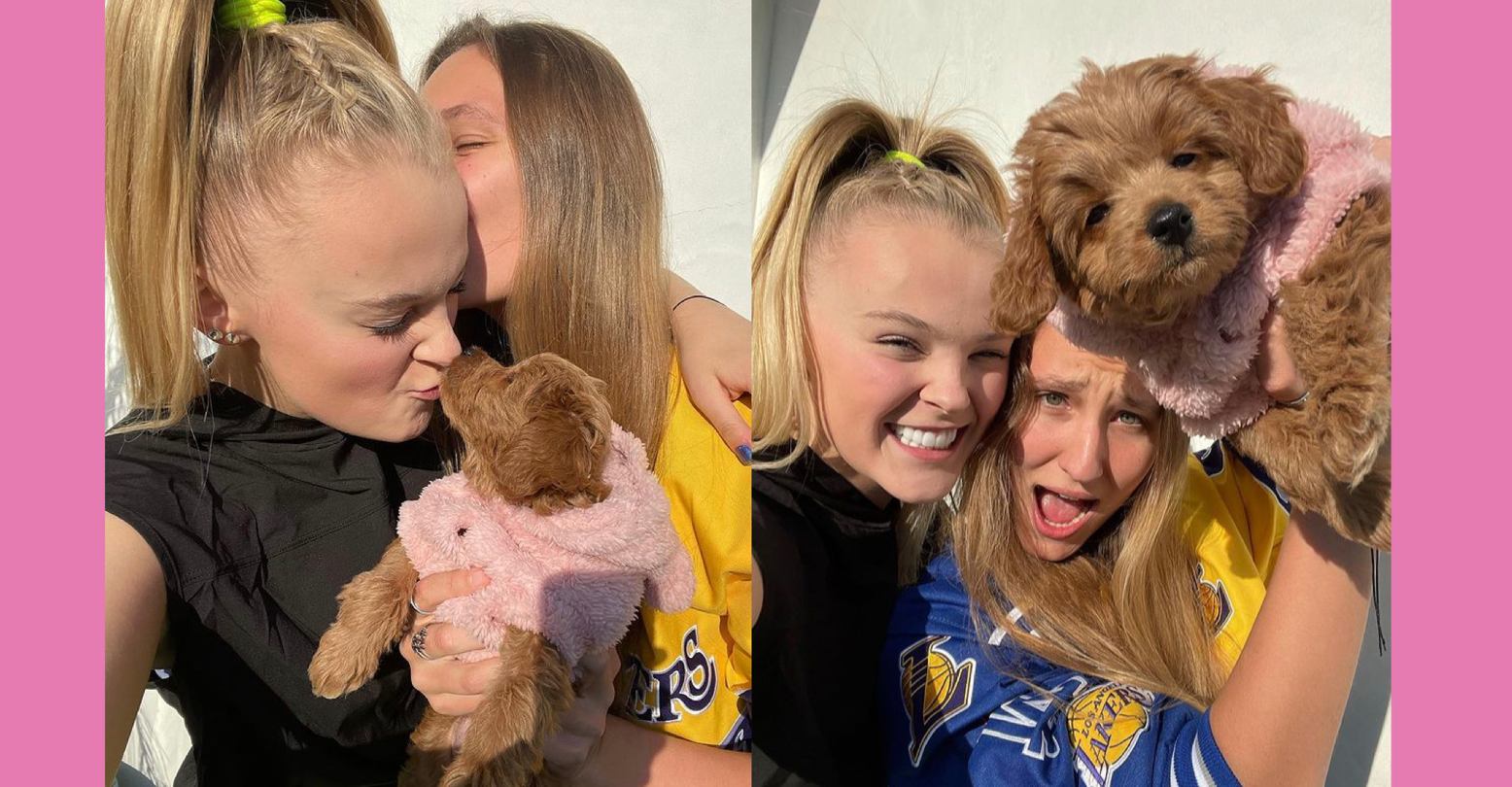 It seems like it was only weeks ago that teen sensation JoJo Siwa was posting family-like pictures with her girlfriend, Kylie Prew, and their cute little puppy as they celebrated “Happy daughters day.”

Well, that’s because it was only a few weeks ago, but now, the happy couple has apparently called it quits. Several tabloids report that the two have split up and it has devastated JoJo. Though you might not be able to tell from watching the Dance Moms alum kill it every on Dancing with the Stars as one half of the show’s first same-sex pairing, alongside pro dancer Jenna Johnson.

Rumors started circulating about the couple earlier this month when JoJo captioned one of her Instagram posts, in part, “This has been a WEEK. My brain has never been so overwhelmed/overloaded with not only work but also personal life.”

She concluded the post by signaling again that much has changed for her. “This week of my life has taught me SO much,” she wrote. “Live in the moment. Smile however you can. Whatever it takes to be happy, do it. … Even though this week has been one of the hardest in my life for so many different reasons, it’s also been one of the best. I’m thankful for every time I smiled this week and every time I smiled in the last 18 years❤️.”

That was just one of several other signals the 18 year-old entertainer sent up, and of course, the tabloids were out to get to the bottom of it.

Now, Us Weekly is reporting that they have learned from a source that JoJo and Kylie broke up at least two weeks ago, supported evidentially by Kylie no longer attending DWTS tapings since then.

The couple had been dating for just about under a year. JoJo, who grew a massive following after appearing on Dance Moms and starring in shows on Nickelodeon for years, came out in January. The couple only went public with their relationship shortly thereafter in February, and the two openly struggled due to the fact that they were living apart on two different coasts, as Kylie lived in Florida and JoJo stays in Los Angeles.

It’s surely been a whirlwind of a year for JoJo thus far, who has been targeted in cyberattacks and harassment that has led to police swarming her home, in addition to the usual homophobia and allegations of indoctrination that come with being an out celebrity adored by children everywhere.

Of course, the pitfalls of teenage love should come as no surprise, but it likely doesn’t make it easier when you’re participating in an ongoing reality competition show amidst it all.

Us reports that in the meantime, JoJo has relied on Jenna Johnson as a “big sister,” which is evidenced by the several Instagram videos and TikToks they’ve made together in recent weeks.

And while JoJo’s personal life is being openly discussed, even amongst those currently on the DWTS set, she’s still showing off like a true professional every week with spectacular performances.

Hopefully, when all is said and done, the two can work out custody of their daughter pup amicably.