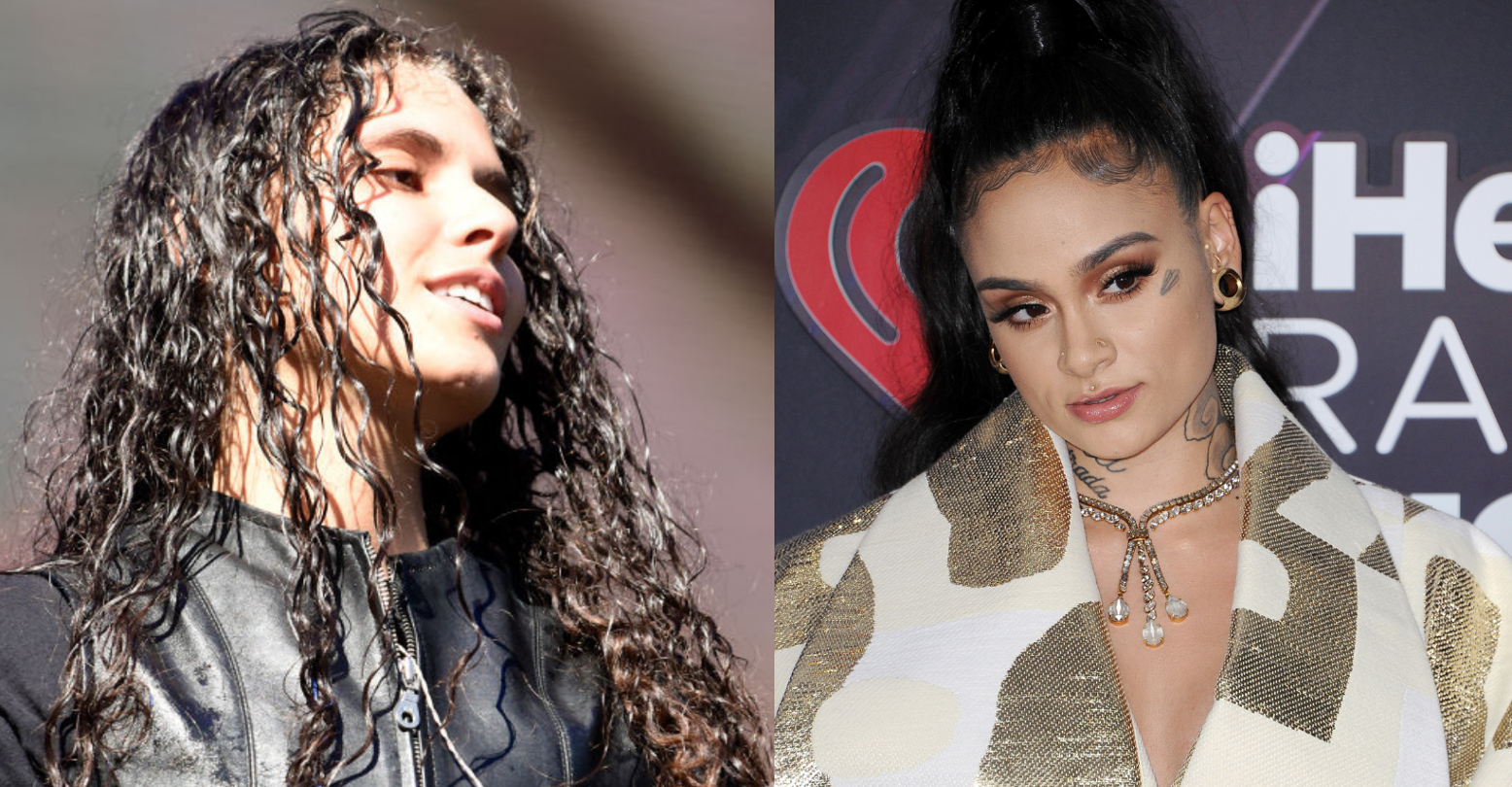 A few days into the new year but not yet February, and we find ourselves in the thick of Cuffing Season. For centuries, our ancestors fared the bitter winters by sharing body heat with a mate. It is a pattern of primal partnering that persists even today and our favorite celebs are pairing up left and right to prepare for the season – but nobody could have predicted R&B sensation Kehlani’s most recent run around the relationship rumor mill.

Fresh off of New Year’s Eve in Las Vegas, Kehlani shared some celebratory posts to Instagram; the collection of which featured two photos of her cozying up with the futuristic recording artist 070 Shake – aka Danielle Balbuena. The shot has Kehlani sitting on Dani’s lap and though it was clearly taken at a party, 070 Shake looks at the “Altar” singer like she is the only person in the room.

When it comes to rumors of the two dating, Kehlani sitting on 070 Shake’s lap at an N.Y.E. party is merely the tip of the iceberg. Fans have been spotting the duo together for months now. Back in October, Kehlani and Dani were seen sitting front row and thigh-to-thigh at the Bottega Veneta fashion show in Detroit. Matching in blacked-out attire, the pair kept each other company while the Italian fashion house presented their S/S line for 2022, Salon 03.

Come December, and Kehlani is posting a pic of her and 070 Shake somewhere near a beach in Miami. A few days later, 070 Shake dropped a music video for her latest single, “Lose My Cool (feat. NLE Choppa)” and Kehlani sounded off in the comments, first saying, “I know u i’m next to u rn but gahdamn,” before adding, “u so fine.” 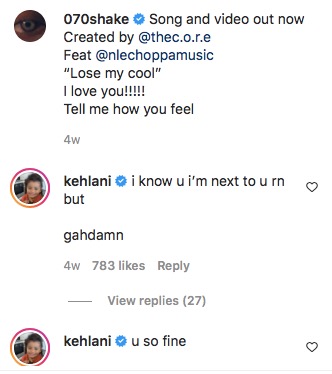 The flirtatious signals sent on social media seem to say that Kehlani and Dani are tuned into one another with both electronic and public displays of affection.

Coincidentally enough, both artists are on the brink of releasing brand new albums. Perhaps finding a muse in one another, Kehlani has been teasing the release of her upcoming album Blue Water Road; while 070 Shake, signed to G.O.O.D. Music by Kanye West, is dropping singles for her recently announced and hotly anticipated sophomore project, You Can’t Kill Me Because I Don’t Exist. After debuting with Modus Vivendi – Rolling Stone’s highest-rated R&B record of 2020, 070 Shake has fans desperate for her newest era.

But in lieu of setting a solid release date for either musical collection, 070 Shake and Kehlani are seemingly occupied with one another; and we’re totally fine with that, because the best art comes from living life itself. Besides, if left together in a room long enough, two musicians are bound to make a project together. Fingers crossed Kehlani and 070 Shake set the tone for all the music collabs coming in 2022.