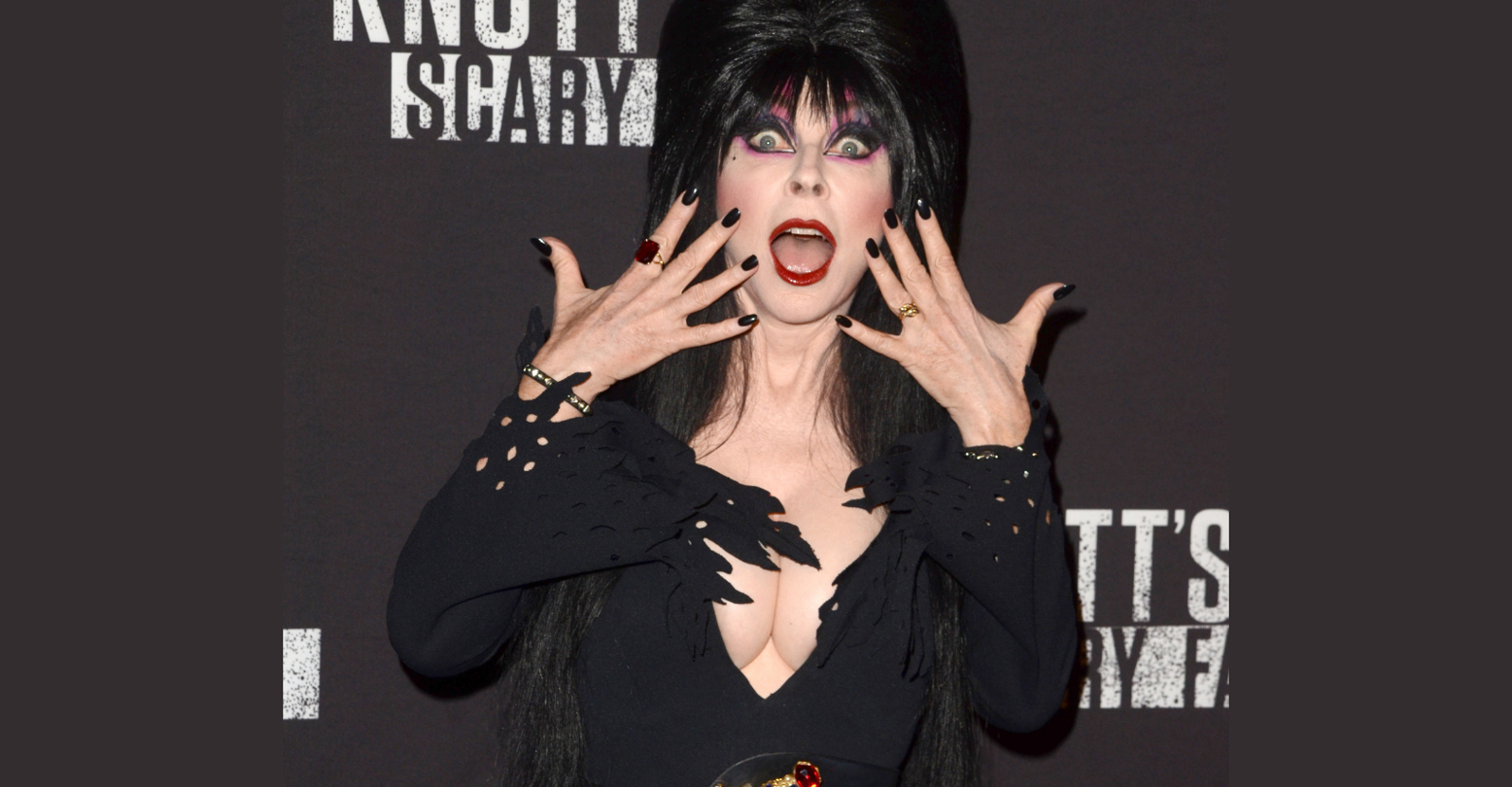 Everyone’s favorite late-night horror hostess Elvira lives in closeted darkness no more! Cassandra Peterson, most famously recognized as Elvira the Mistress of the Dark, hands over the blinding and long-coveted truth of her spectacularly spooky life in the recently published memoir, Yours Cruelly, Elvira – Memoirs of The Mistress of the Dark.

Aptly titled to say Cassandra Peterson is finally and “truly yours,” the beloved camp icon reintroduces herself with a written revelation of her best-kept secret: for almost two decades, Peterson has been in a committed queer relationship with the woman of her dreams, Teresa “T” Wierson.

The memoir, sworn by Peterson to be a culmination of “15 years in the making,” was released yesterday (Sept. 21) by Hachette Books. Early release day, news of Peterson’s coming out exploded across the internet, easily catching virality from Elvira’s previously deprived cult following. Now freshly fed with Peterson’s latest project, fanatics of the 1988 film Elvira: Mistress of the Dark have fallen into a frenzy.

Eager to find anything and everything about the woman who successfully snagged the cheekily unattainable Mistress of Darkness, readers have scoured the book for all mentions of Peterson’s mysterious lady lover “T.” Here’s all we found about the happy queer couple in Yours Cruelly, Elvira:

Peterson and Wierson met at the gym long before they dated – just wait, the already familiar queer undertones of their love story get even better. Capturing the first moment she laid eyes on Wierson, the actress writes,  “I couldn’t help noticing one particular trainer — tan, tattooed, and muscular — stalking across the gym floor, knit cap pulled so low over his long brown hair that it nearly covered his eyes.” You read that right.

Fully convinced from afar that “T” was a man, Peterson writes the first impression she had of her newly revealed girlfriend deliberately using male pronouns, “Dark and brooding, he gave off such intense energy that when he crossed the enormous gym floor, the waters parted and people stopped in their tracks to stare.”

“Tan, tattooed, and muscular,” with a “dark and brooding” energy, Wierson seemingly checks off some of the most appetizing boxes for behavior that is iconically butch. And it was not until Peterson coincidentally ran into “T” in the women’s bathroom that the adored 90’s figure realized her hunky gym crush was definitely a woman—albeit, still a certified hunk.

The two became fast friends and the unlikely timing of their friendship coincided cosmically with the natural end of Peterson’s 25-year marriage to ex-husband Mark Pierson. As if orchestrated by divine intervention, Wierson too was going through a hard break up. The simple comfort they sought and found in one another post-breakup would bring them together in ways unimagined by a once surely straight Peterson.

After deciding to live together as friends, the pair undecidedly strayed far from friendship and fell into the uncharted territory of Peterson’s first lesbian love. The Yours Cruelly, Elvira author writes tenderly of her own shock at finding love with a woman, “I think I was even more surprised. What the hell was I doing? I’d never been interested in women as anything other than friends. I felt so confused. This just wasn’t me! I was stunned that I’d been friends with her for so many years and never noticed our chemistry.”

The memoirist then admits, “I soon discovered that we connected sexually in a way I’d never experienced.” As their story practically follows lesbian scripture carved into cinematic history, so must come a roadblock of epic proportions. Alongside experiencing a late-in-life crisis surrounding her true sexual orientation, Peterson was faced with protecting the legendary Elvira brand.

When Peterson is surrounded on all sides by the public persona of her famous character Elvira, she uses the memoir’s text to inquire for answers within herself, “Would my fans hate me for not being what they expected me to be?” She intrinsically poses the question only to answer it too, “I’m very aware that there will be some who will be disappointed and maybe even angry, but I have to live with myself, and at this point in my life, I’ve got to be truthful about who I am.”

You heard it from Elvira the Mistress of Darkness herself: live your truth. Just like that, a queer commandment is attached to Elvira’s far-reaching legacy – the assignment of which shouldn’t come much as of a surprise to those who witnessed the supposed concubine single-handledly dismantle a Puritanical patriarchy using nothing but her cleavage and bouffant back in 1988.

Cruelly Yours is now available wherever books are sold.